A Jolt of Promise in the Promised Land

From the Rabbi's Desktop

The Israel Adventure has concluded and the group has landed back in the US, but the memories will remain forever. One of the great privileges of my work is to be able to see Israel through the eyes of those seeing it for the first time.  The vast majority of those who came on this trip have never been here, or were last here several decades ago, and at our final dinner last night, those reactions poured forth.  Even those who had reservations about some of Israel's recent actions could not help but be overwhelmed by the vibrancy and resilience of its people - our people - and despite the many challenges Israel faces, we could not help but leave with great hope for its future.  That's why I like to end our tours in Tel Aviv, a city pulsating with newness.  Tel Aviv has never looked better than it does today.  It's always trying to outdo itself, and in that it usually succeeds.  We need that energy as we struggle to remain positively focused in a world that is turning bleaker by the moment.  If you want a jolt of promise, there is no better place to get it than the Promised Land, and in that land, no better place to get it than Tel Aviv.

It was one thing to make the desert bloom - but they've one-upped that feat by making the beaches of Tel Aviv pristine.  Yes, spotless.  And as I get older, Tel Aviv only gets younger.  This Benjamin Button of cities defies Newtonian laws.  There is nothing holding it down.  No wonder they call this the Capital of Cool.

On Friday evening, we joined hundreds of Israelis, along with several American groups like ours, at Bet Tefila Yisraeli's service on at the Port of Tel Aviv, a place and a service that has become a summer happening over the past dozen years, a giant crossroads of progressive and secular Jews.  The service is very much like ours. Toward the end, all the rabbis present were called up and we joined together in song (those with a keen eye will notice Rabbi Jeff Salkin, who spoke here a few years ago, on the left, and next to me on the right side of the photo, Rabbi Allison Berry, who once led Stamford's Fellowship for Jewish Learning.

There were many other such crossroads on this trip, places where we gathered with Jews and others from all over the world, sad places and joyous ones, Yad Vashem and Mahane Yehuda, the Western Wall and the Mamilla Mall, the airport and the old/new train station.  Crossroads.... where else but Tel Aviv can you walk along the promenade and, consecutively, there is a surfer's beach, an LGBT beach, a dog-friendly beach, an Ultra-Orthodox sex-segregated beach and a kiddie beach, all coexisting harmoniously, side by side - unless you happen to be a gay haredi dog owner who surfs.  Tel Aviv is surely the most inclusive city in the world - and Jerusalem is beginning to catch up (though it has a long way to go). 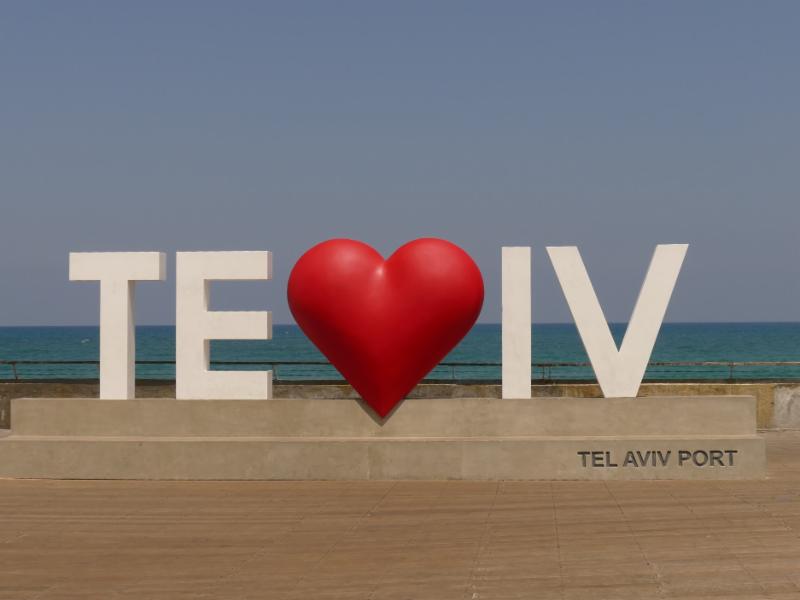 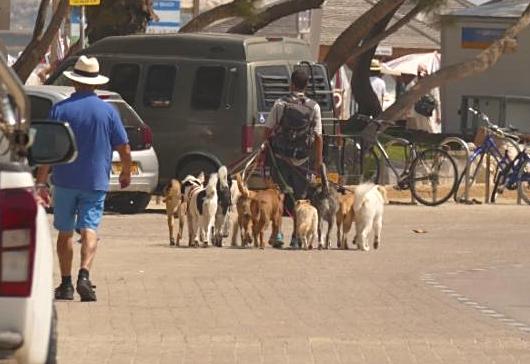 Tel Aviv is even inclusive for dogs, 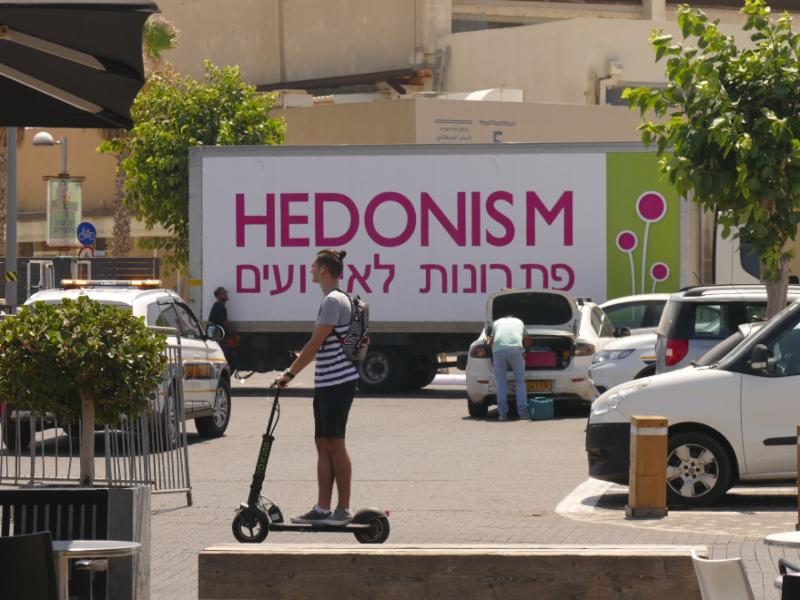 For those interested in seeing lectures given by some of the scintillating speakers from the trip, here are some links:

Dov Lipman, former MK, who spoke optimistically about the possibilities for religious pluralism.  His plan is to integrate the Haredim so they will begin to moderate their thinking.
Captain Yaakov Selavan - Slingshot Israel - Golan Heights - we actually saw with our own eyes the Russians and Syrians bombing the opposition - right in front of us - as Assad prepared for his final assault.  I hear that after last night's World Cup match, Putin might be diverting some Russian planes to bomb Croatia.
Issam Sa'ad, who grew up in a refugee camp in Gaza and now runs a Jewish-Arab dialogue project which got him on the Hamas hit-list, causing him to flee to Ramallah. His presentation blew us away; he is propelled the idealistic hope that meeting one's "enemy" face to face will change tilt people toward co-existence (his email address is here.
Judge Sharon Lary-Bavli - who spoke about her landmark decision defending the Women of the Wall.
David Wexler - our guide:  www.davidsland.com.  I recommend him.

Here are some more of my favorite photos from the trip, with a prevailing theme of childhood and innocence.  See the now-complete TBE Israel Adventure album here.  Time now for a little vacation. 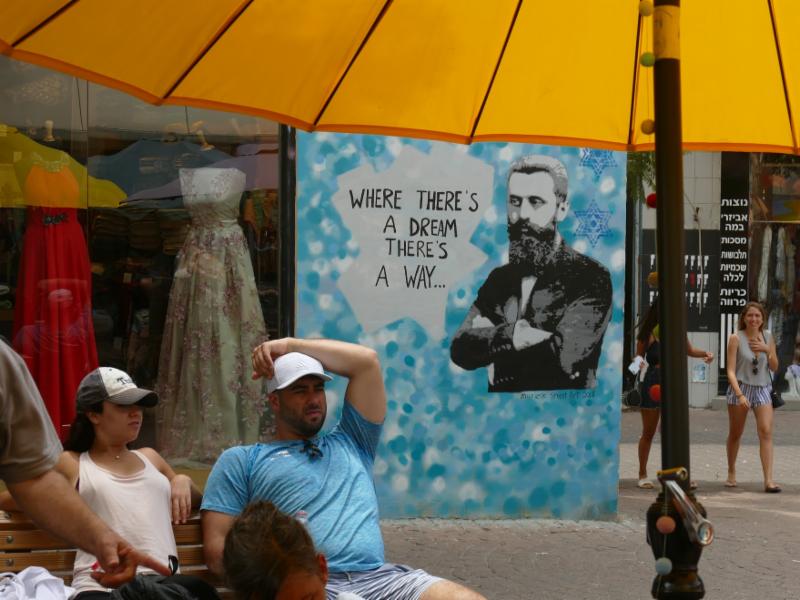 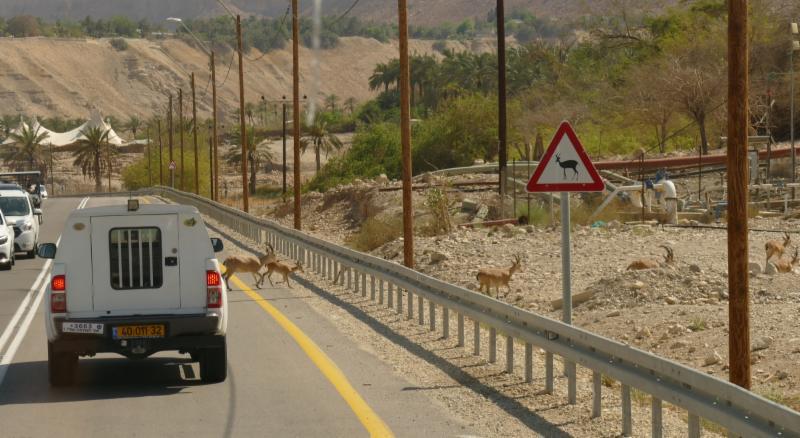 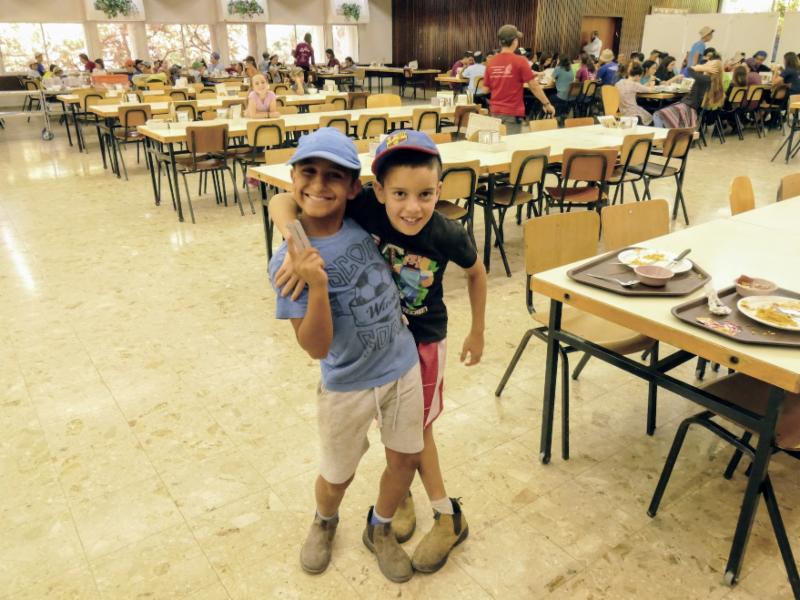 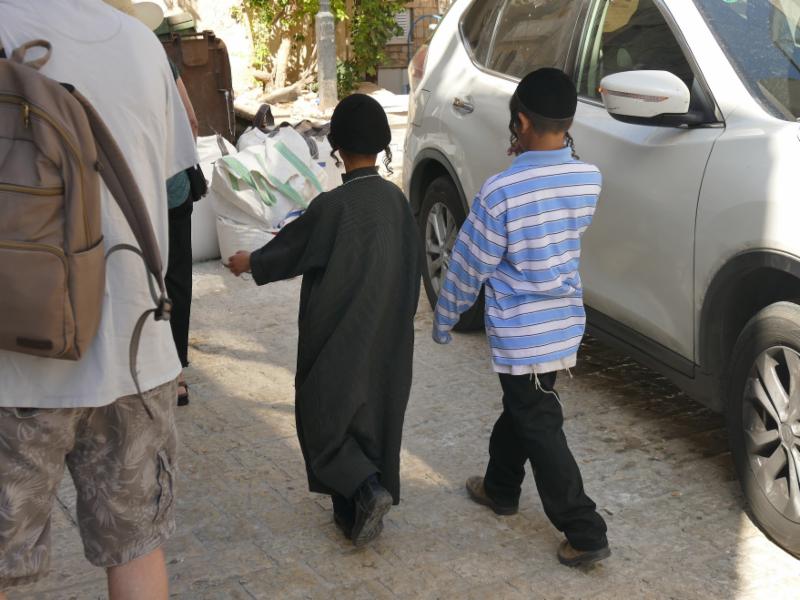 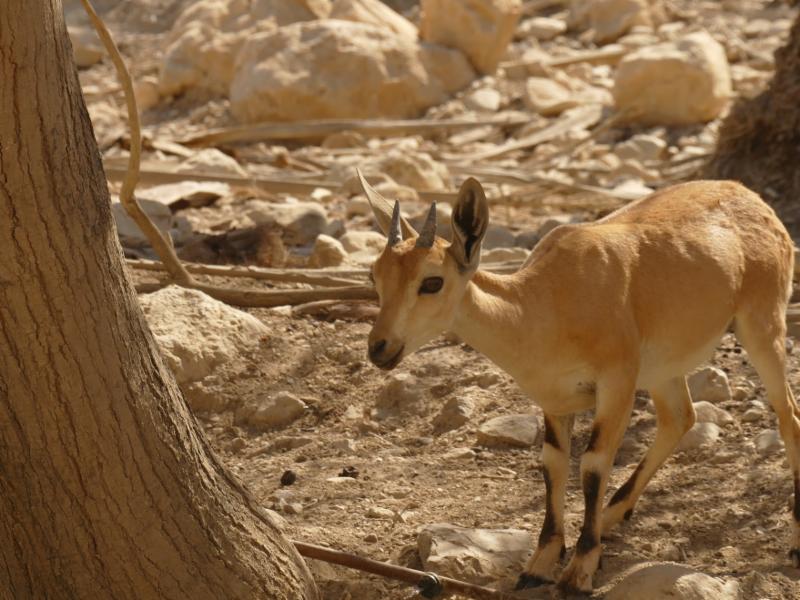 Best buds sprouting from this cutie in En Gedi 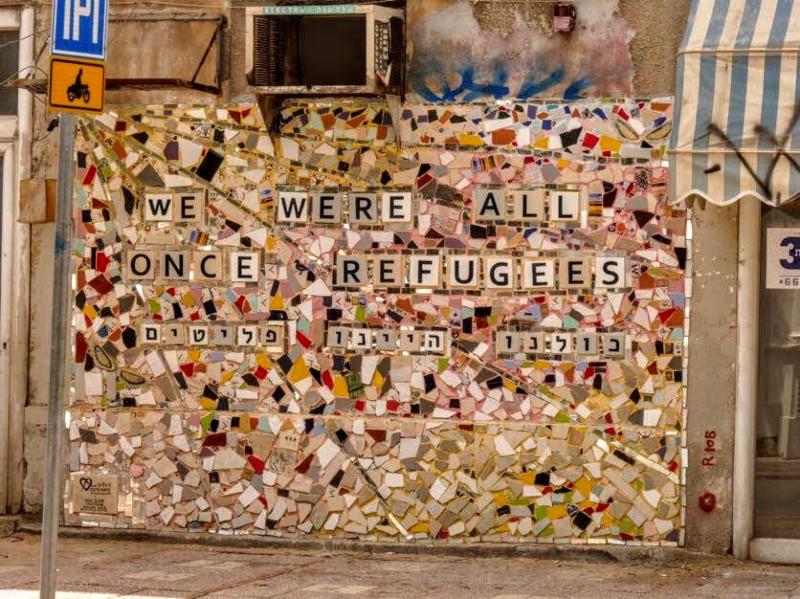 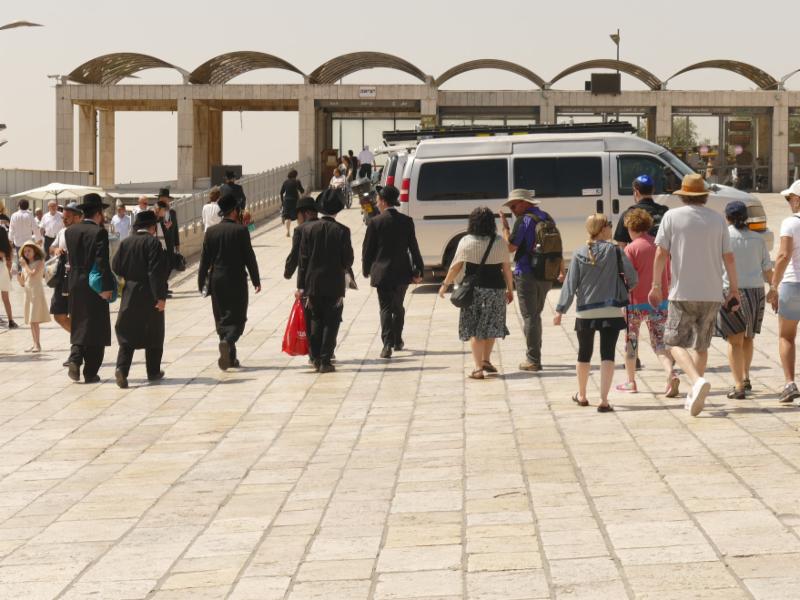 Kotel Crossroads: Guess which ones are from our group 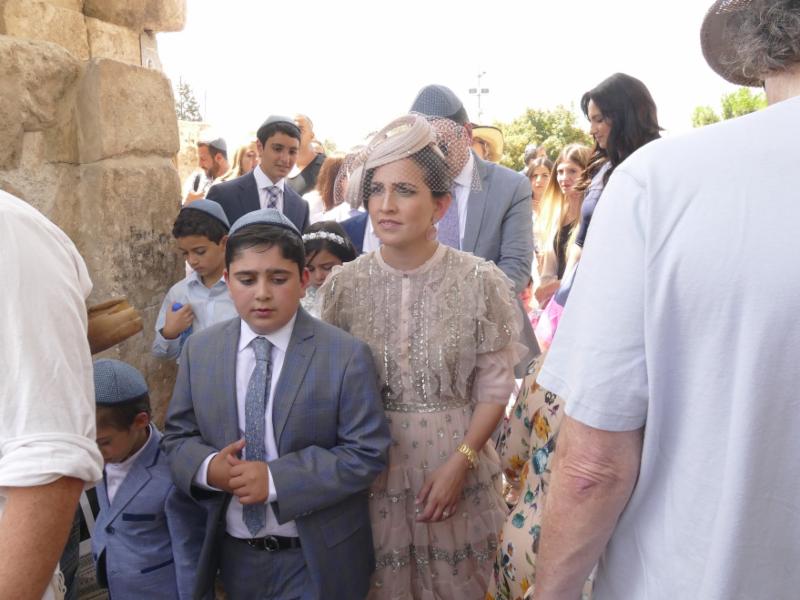 The End of the Innocence: Bar Mitzvah Day at the Kotel
Guess which one is the Bar Mitzvah boy 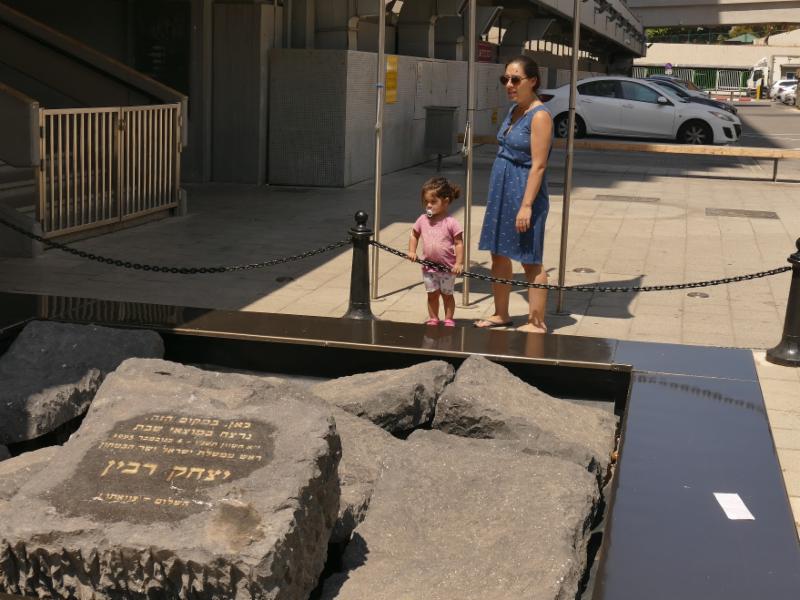 At the spot where Prime Minister Rabin was murdered, the end of childhood innocence, even with the pacifier still firmly in place. 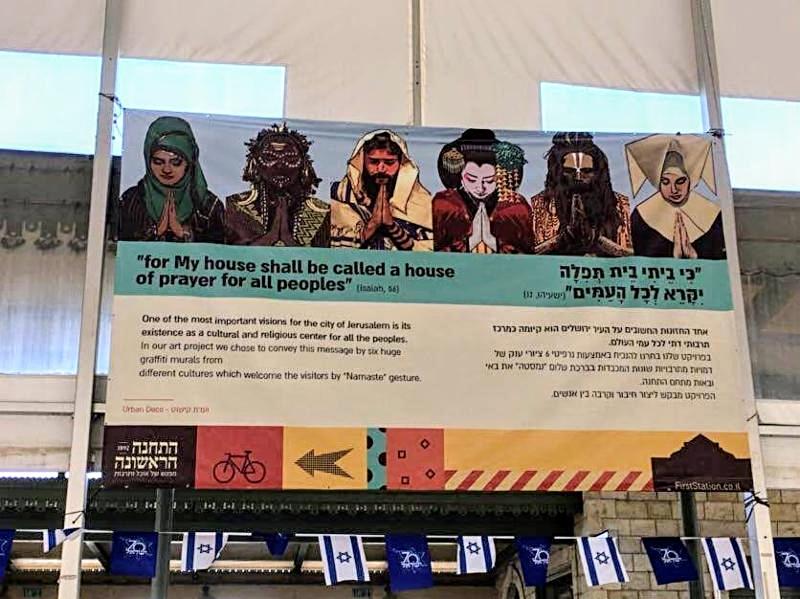 A reminder, at the reimagined public space at Jerusalem's First Station, that Jerusalem can again become a crossroads for all peoples and a beacon for peace in the world. Because of places like this, maybe Isaiah's prophecy will someday come to pass.

Shalom from Israel!
Posted by Joshua Hammerman No comments: