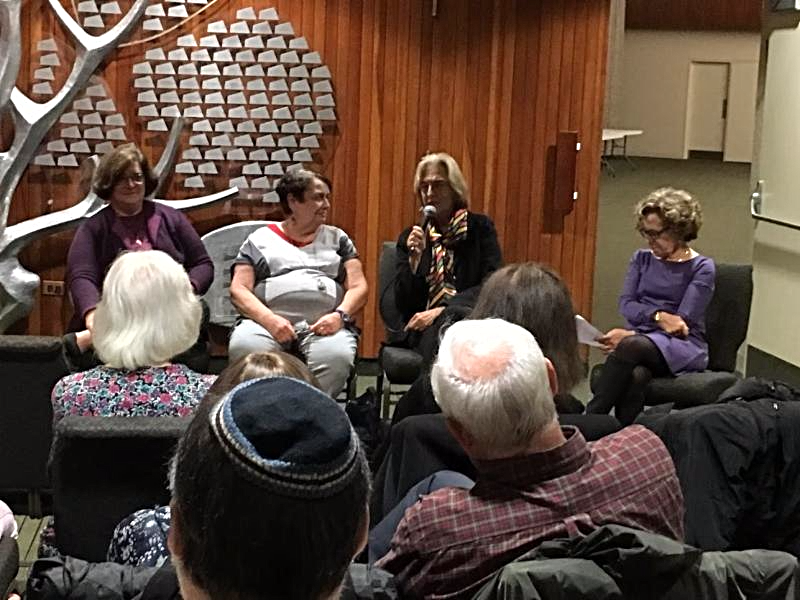 Above: a scene from Tuesday night's inspiring Reyut panel discussion
See our complete Fall and Holidays photo album and
Click here for text and audio of  High Holiday sermons

Check out next summer's Israel @ 70 Tour - and reserve now!

Shabbat Shalom!
Mazal tov to Aaron Eben and his three-generation TBE family, as he becomes bar mitzvah this Shabbat morning.  Our portion is Lech Lecha and on Shabbat morning we'll be talking about Jewish names and why we change them. See the parsha packet. And join us Friday night as well for another wonderful musical Shabbat.  Next week marks the 100th anniversary of the Balfour Declaration and we will be hosting the AJC's Director of Contemporary Jewish Life, Steven Bayme.  Make sure to be here for that and for the Hoffman Lecture on November 7, featuring Daniel Gordis and Peter Beinart.
"The Band's Visit" 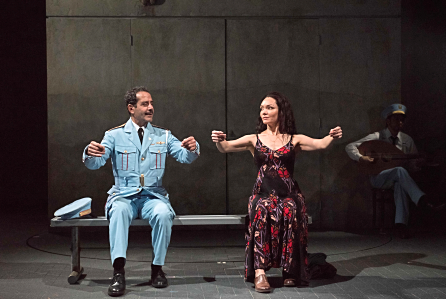 Last night I was able to see the new Broadway musical, "The Band's Visit."  It opens officially on November 9, but already the buzz is sky high, with nightly sellouts.  I really enjoyed this story of an Egyptian police band that gets sidetracked to a dead-end Israeli development town in the 1990s.  The acting is superb, the music spirited, the theme universal and the ambiance authentically Israeli.  The overarching message is of overcoming difficulties in communication. The premise of the show is a mix up at the border that sends the band to Bet Hatikva, instead of Petach Tikva, "with a P."  English is the common ground where the Israelis and Egyptians meet, but it's also slippery ground for all of them and the words never flow easily.  In some ways, though, the communications issues are more acute among couples and families that have known each other for years in the town.  It was nice to see a show about Arabs and Israelis where not a word is spoken about territories, terrorism or anything remotely political.  A definite two thumbs up!

For this week of Halloween, for those interested in a variety of responses to the question, 'Should Jewish children trick or treat?" click here.  And if you click three times, you can escape the clutches of the Wicked Witch of the West!  One way to resolve the dilemma of whether or not to go out would be to trick or treat in a Jewish costume. 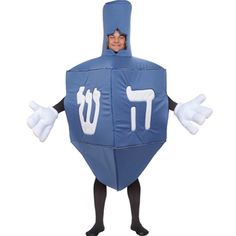 You can also take a look at my packet on Vampires in the Jewish tradition.
Meanwhile, if you are concerned about how to ward off evil spirits, Jewish folklore provides lots of advice.  Because, you see, over the centuries, no matter what the rabbis poo-poohed, the ordinary folk in the country side were spitting on their fingers and going "poo, poo, poo." Jewish folk religion was - and is - full of the occult.  Below are some helpful hints, direct from my great great grandmother, whom I contacted at a seance, assisted by the Long Island Extra Large (the Medium was unavailable)
How to Ward off Evil in Jewish Myth and Superstition
Spirits of the dead who wander between heaven and earth and are trapped, unable to ascend:    Wear a prayer shawl and blow a shofar (preferably in the cemetery where the bodies of the wandering souls are buried).  The gates of heaven will open for the souls to enter. (From "The Boy Who Blew the Shofar," Gabriel's Palace: Jewish Mystical Tales.)
Stand inside a chalk circle to protect yourself from evil spirits.
Say the Shema to ward off demons.
To keep demons away, read Psalm 91.
To exorcise a dybbuk, you need a minyan (ten adults past B'nei Mitzvah age) and a rabbi.  The rabbi will contact the spirit and try to convince it to leave the person and move on to the afterlife (heaven). A dybbuk is a wandering spirit who has invaded a human being.  You can spot a dybbuk because they will sometimes speak nonsense or behave in a strange and disturbed manner.
Red string is said to ward off evil.
Salt protects one from demons and evil spirits. Place it in the corners of the room where evil spirits like to hide.
To put a golem to rest - erase God's name on his forehead. Angels can provide protection from demons and evil spirits.
Spitting 3 times is done in response to seeing or hearing something especially evil or good.  Spitting protects against demons.
When traveling, wear a metal pin on your clothing as protection against evil. 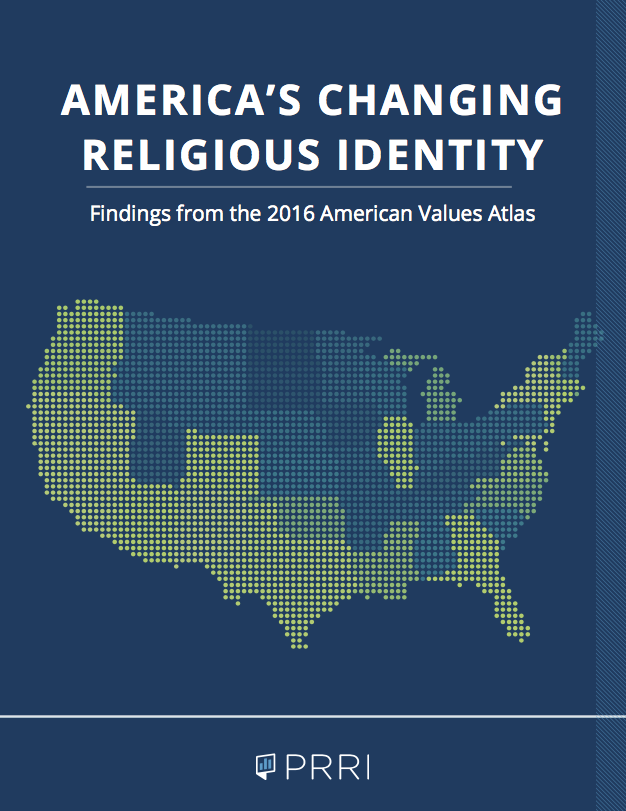 The Religious Landscape
A very interesting survey on the American religious landscape came out this fall, based on interviews of over 100,000 Americans from every state.  It's summarized here.  The headline finding from a national perspective is that white Christians, once the dominant religious group in the U.S., now account for fewer than half of all adults living in the country. Today, fewer than half of all states are majority white Christian.

But for me the more interesting finding is that the religiously unaffiliated-those who identify as "atheist," "agnostic," or "nothing in particular"-now account for nearly one-quarter (24%) of Americans. Since the early 1990s, this group has roughly tripled in size (see the chart below). 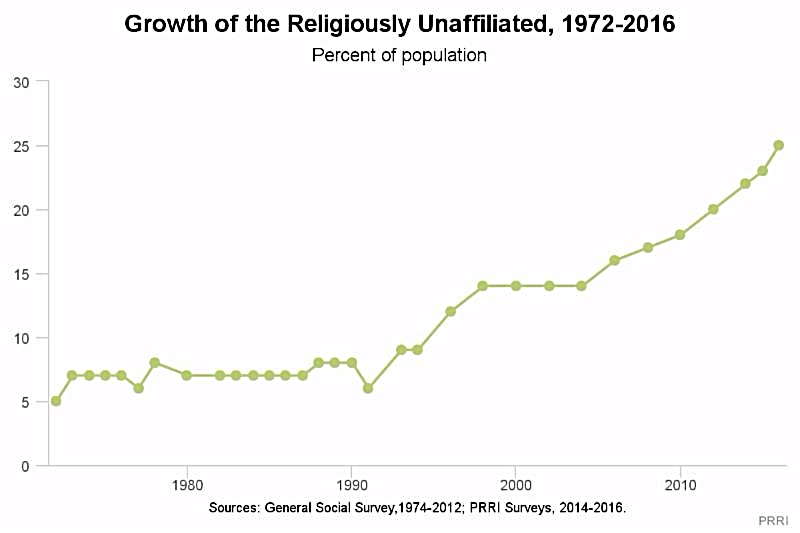 This is not just a Jewish phenomenon, but for Jews it has unique implications, because Jewish identification can be - and often is - based on peoplehood rather than religion. But for us the key is that what we are seeing in the Jewish community is reflected everywhere.
See also this recent Washington Post article on the state of American Jewry.

Finally, my article "Embracing Auschwitz" summarizing some the themes from my High Holidays sermons, appeared in this week's New York Jewish Week.  Here it is. 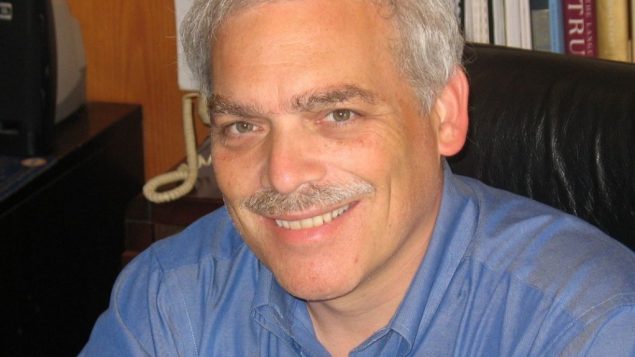 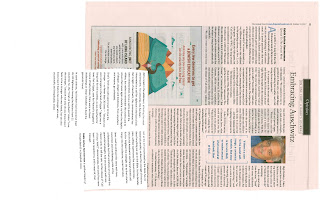 Email ThisBlogThis!Share to TwitterShare to FacebookShare to Pinterest
Labels: Holocaust and Anti-Semitism, Jewish Week "On One Foot" articles

The Fall of the Serial Predator