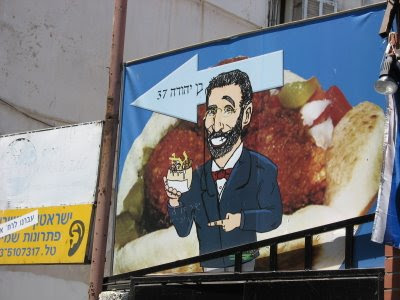 Falkner wrote, "The past is never dead. It's not even past."

In a passage found in this week's Torah portion, (Deut. 1:19-25), Moses, speaking to the generation born in the Wilderness, the one that will cross over into the Promised Land, describes the travails of the prior generation, the one that died en route. Yet he uses the term "you," implying that they themselves had experienced the events. For that generation, the past became present.

This weekend, for the entire world, the past will become present. As we focus on the opening of the Olympic Games in China, we’ll recall that the heyday of the ancient Olympiads, where every four years wars ceased for the moment while the spirit of athletic competition prevailed.

For Jews, the focus will be on events that took place simultaneously across the Mediterranean, while the ancient Olympics flourished. In 586 BCE, the Babylonians sacked the Temple and destroyed Jerusalem. The spectacle of Beijing on Friday and the sadness of Tisha B’Av on Saturday night will give us reason to reflect on the potential of nation states to live together in harmony – and to pummel one another into oblivion.

The modern Olympics begin in Athens in 1896, precisely the year when Herzl published “The Jewish State,” responding to the anti-Semitism he witnessed while covering the Dreyfus trial in Paris for his Viennese newspaper. Herzl’s ideal was not unlike that of the Olympics. He envisioned a “normalized” Jewish nation, no different from all other nations. His Jewish State would have Jewish garbage collectors, Jewish journalists, Jewish prostitutes and Jewish athletes. He probably never could have imagined that his visage would grace a billboard for a falafel stand, but he probably would have liked the "normalcy" of the idea.

He envisioned a nation of “modern Maccabees,” and in that area, at least, Israelis have not disappointed. They’ve become adept at a number of Olympic sports, particularly sailing and, of all things, judo. I suppose it is actually appropriate that Jews are so good at "Jew-do." Not only does the sport sound Jewish, but it celebrates the art of turning physical weakness to one’s advantage; it success is all about perseverance, strategy, mental toughness and balance. It’s a mind-body sport. We like those.

Ben Gurion said that the Land of Israel would not be delivered on a silver platter, but Yael Arad delivered a silver medal, Israel’s first-ever medal, at the Olympics in Barcelona in 1992, 500 years - almost to the day - after the Jews were evicted from Spain…on Tisha B’Av. It was a stunning way to say to the Spanish people, “We’re baaack,” and to cap a century of nation building that began with Herzl.

So now Jews are normal again, just like the other nations. The Star of David will be held proudly with all the other flags on Friday.

But Herzl's normalcy has brought the Jewish nation closer than ever to the kind of insecurity that plagued those who fought for national survival in 586 BCE and 70 CE, and 1948 and 1967. His modern Maccabees can't live the carefree life that he imagined. Being normal has not yet yielded its fruit. Normal nations fall victim to great powers, get absorbed into empires and succumb to whims of warfare.

On Saturday night, as we begin the fast of Tisha B'Av, we’ll still be waiting for that glorious quadrennial ceasefire enjoyed by the athletes of ancient Olympia.

And all we’ll hear will be the lamentations of the widows and destitute of Jeremiah's sacked and sackclothed Jerusalem.

Join us here at 8:30 PM on Saturday evening for multimedia lamentations, featuring views of Israel past and present.
Posted by Joshua Hammerman