A Blanket of Peace

Perfect storms are hard to appreciate when you are living through them. Taking the dogs out last night in blinding blizzard conditions, I thought all three of us would blow away. Even when I promised an extra treat, they were not intent on making that trip a productive one. But how could I blame them; I was asking them to do something perfectly normal at a time when we felt like we were aboard the Andrea Gail.

But in its wake the storm, like life, left a blanket of peace. I just spent a few moments of solitude at the cemetery next door, until the wind chased me out, reminding me of the fine line that exists between a bucolic New England scene and a forbidding Arctic tundra.

Our cemetery is always beautiful, but it never looks more beautiful than when it is covered by a foot and a half of fresh, blowing snow, and then add to that skies as blue as they became this afternoon. The blowing snow almost seemed playful, sifting spiritlike between and among the gravestones, and then churning up a whirlwind in the distance. The snow's surface is smooth and velvety, but with ripples looking somewhat like rings on a tree trunk or the grain of rounded olive wood. Some of the graves are nearly completely covered by the blanket of snow. Everything, everywhere is touched by its frosting.

See the pictures below and click to enlarge. May all who lie beneath that white blanket rest in peace.

(And note that this is not one of those photo essays where I would use the heading "Wish you were here." :)) 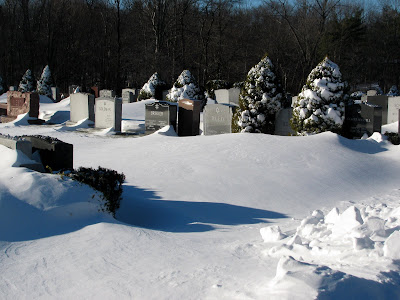 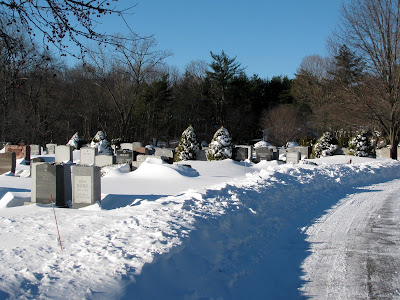 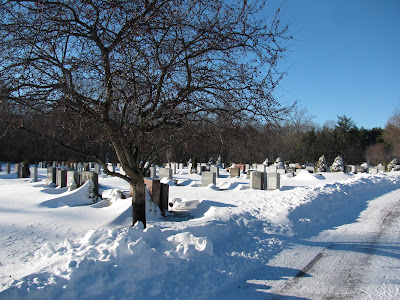 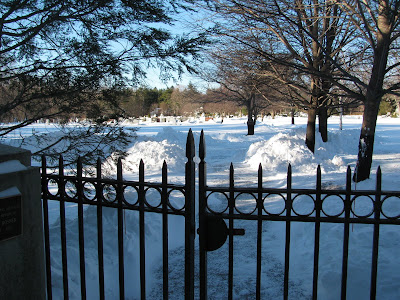 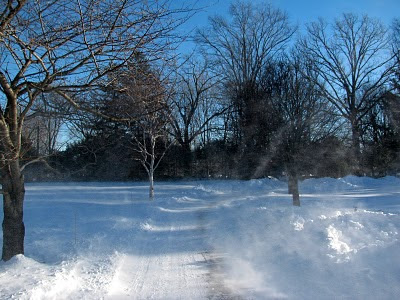 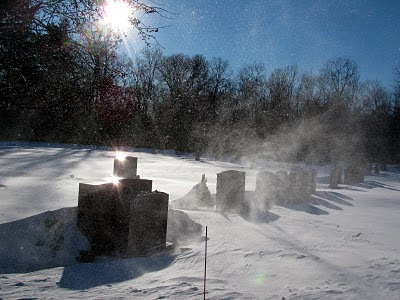 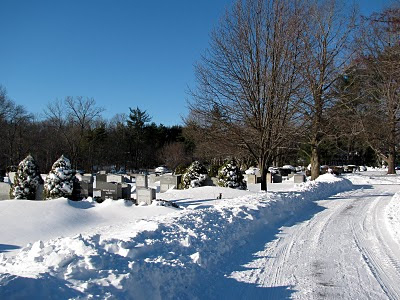 Email ThisBlogThis!Share to TwitterShare to FacebookShare to Pinterest
Labels: Death and dying, snow