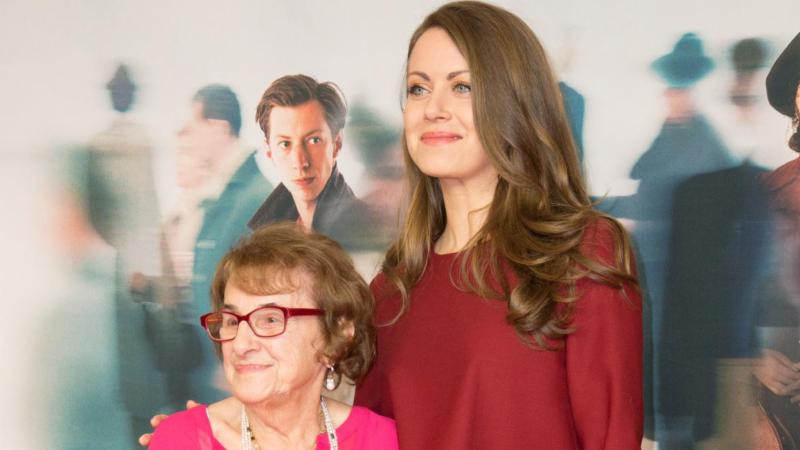 Shabbat Shalom
Mazal tov to Benjamin Kassel and family, as this Shabbat, Ben becomes our first Bar Mitzvah for 2019. We also have our "Family Kabbalat Shabbat" before our regular Kabbalat Shabbat services, celebrating "Movie Heroes and Villains and Jewish Values."  Speaking of popular culture, the arts and Jewish values, click here to see a feature in Broadway World about Cantor Fishman and "Soul to Soul" prior to last Sunday's sold-out MLK presentation in NYC.

Government Shutdown
Any congregants who are seeking assistance during the government shutdown, please let me know. We are all here to help one another during tough times.

Call for Torah Readers
If I were to total up all the congregants who have read Torah at the Bar/Bat Mitzvah services of family or friends over the past half dozen years or so, that number would easily reach into the hundreds, including the b'nai mitzvah students themselves. Among those, a surprising number are able to read somewhat fluently. Right now, we have a real shortage of regular readers. Bert Madwed, the cantor and I stand ready to help you prepare a reading, and we are not perfectionists here. Even if you are not able to learn new Torah readings, maybe your bar/bat mitzvah portion is coming up and you want to celebrate your "anniversary" by doing a Torah or haftarah portion once again. Let us know! We'll be happy to help.

Adult Ed
Join us next Thursday evening as we host members of neighboring churches for an interfaith class on Wisdom Literature. At 7 I'll be giving our guests a quick tour of the sanctuary, and at 7:30 I'll speak about the books of Esther and Ecclesiastes - two of my personal favorites.
Meanwhile, our Adult B'nai Mitzvah class meets this coming Tuesday at 7.

TBE Mensch-Mark Civility Project
A number of years ago, I challenged the congregation to go from Rosh Hashanah to Yom Kippur without gossiping, maligning, expressing undue anger or slandering other people. It wasn't easy then and it's downright impossible now. Still approximately 25 of us have taken up the challenge this week as part of TBE's Mensch-Marks: The Class. If you would like to join them, you can read what's involved by clicking here. Try it out, and if you can make it to the class next Thursday at noon, let me know and I'll send you the assigned chapter from the book.

Come to Temple Rock Next Saturday Night...
...stay tuned for a surprise announcement!

One Step Forward, Two Steps Back - for the Forward
One could well say that the Yiddish and English print versions of the Forward newspaper are taking a step forward into the 21st century by ending their print versions and going all-online as of this week. But I join with many in mourning the loss of what has been one of the great American Jewish newspapers over the past century. It is a true "blow to the kishkes." No longer will I be able to spend a lazy Shabbat afternoon catching up with the Jewish world with the Forward's excellent news stories and biting columns. Even though I will keep up with it online, I'll miss the Forward - and at services tonight, I'll pay tribute to it in a special way.

As you may have heard, the New England Patriots play the Los Angeles Rams in next week's Super Bowl.  While the Pats get to the Big Game with regularity, the Rams haven't been here since 2002, when they lost to the Patriots in a stunning upset, one that was, of course, correctly predicted by me.  That year wasn't just the first championship in the Patriots' dynasty, it was also one of my first forays into the art of predicting Super Bowls using the matrix of biblical and Jewish sources.  Even though the Rams have moved from St Louis to LA, with most everything else the same (except the point spread) I'm here replaying that seminal prognostication.  Some of the links actually still work!

Each year I attempt to utilize the eternal wisdom of our sages and sources to divine the winner of the Super Bowl. You may recall that last year I was able to predict the Ravens' victory over the Giants by discussing the relative positions Of Ravens and Giants in the book of Genesis, among other things. This year I'd like to reveal who will win by taking us all on a little Web journey, inspired by an idea presented to me by my son, Ethan. Right up front, two important points must be made: 1) I do not advocate gambling and 2) Happy Birthday, Ethan!

This journey begins in my hometown of Brookline, Mass., not the Brookline of today, but the Brookline that existed in its heyday of the '50s and '60s (it's still great today, BTW). Go to this site and you'll see what I mean. Scroll down past the photo of my boyhood shul, Kehillath Israel, past a myriad of memories, and about five from the bottom on the memories list, you'll stop at two familiar last names. One is that of my father, who was cantor at K.I. during that period, and the other is the name of the man who was widely considered the heart and soul of the entire Boston Jewish community, Harry Kraft. Aside from being a community leader, Harry was a true patriarch for his family, and an inspiration to his son Robert, current owner of the New England Patriots. Bob often speaks of his parents Harry and Sarah as inspirations to him -- including in the New York Times. Harry was a very pious man, and were he alive, he would be a sort of Jewish Kurt Warner on the post game show, giving thanks to the Almighty, which he taught us to do at Junior Congregation.

There is a clear patriarchal connection to the Patriots. For one, the etymological connections are obvious. See here (from a source based on Harry Potter, not Harry Kraft), and here for more background. Sexist implications aside, there are clear connections between what Jews call the Patriarchs and what Americans consider "the fathers of our country," the Patriots. Abraham planted trees, George Washington cut one down. Samuel Adams had a biblical name. So did Isaac. You get the picture. Bob Kraft's brother, incidentally, is named Avram.

And so, my friends. What exactly transpired between Abraham and the Ram?
Go to Genesis 22:13 to find out. Yes, the Ram was slaughtered by the Patriarch. The knife was intended for Isaac, but in the end it is the Ram that bled-so (a joke relevant to the Pats' prior QB). And thanks to Abraham and that incident, we use a ram's horn (shofar) on Rosh Hashanah (and if you wonder rams are killed specifically to harvest shofars, the answer is here). If you use this Blue Letter commentary of Gen. 22, click on "d" by this verse for dictionary offerings and scroll down to "ram," you'll get additional important information. The Hebrew word "ram" means "elevated" and "sublime," quite appropriate when talking of the Rams' passing game. But it will not be enough to defeat the Patriarchs.

The words Patriot and Patriarch both appear in modern Hebrew, incidentally, each beginning with the three-letter root peh-tet-resh. That root yields some interesting words, like "Pehter Rechem," the first born of the womb," for livestock and humans, based on the Passover story and the 10th Plague. I'm not sure about the that plague, but I can see the Pats' pass rush reminding the Rams of a few of the others. Then there's the word "Patur," which means "exempt" or "free." It's a rabbinic concept often employed in halachic discussions (read about it here, but you'll need Hebrew fonts), especially in deciding who might be exempt from certain ritual obligations. Interestingly, in modern Hebrew a "pehter" is also a "trigger action," indicating that the Pats will be especially effective in the shotgun, and the verb derivative "hiftir" means "to sack." Clearly, their pass rush will be ferocious. Finally, "niftar," the passive form of the root, means to die. I'm not sure what to make of that. But whichever team wins, the other will be saying what parents have said to their B'nai Mitzvah children for centuries, "Baruch shep'tarani," which means, "thank God I'm not longer going to have to deal with your shenanigans, essentially, and ion modern Hebrew, "Good Riddance." All from the root peh-tet-resh.

Two more connected words can be found at this site: Maftir and Haftarah. Yes, a Haftarah is not "half a Torah." The words Torah and Haftarah are, in fact, totally unrelated in Hebrew.

So how do I know that the Pats will emerge on top of the Rams? Check out Hebrew numerology (Gematria). A chart of numerical values for each letter can be found at http://www.inner.org/gematria/gemchart.htm. You can figure it out. A Ram (Ayil, in Hebrew) is Alef+Yod+Lamed, that's 1+10+30 = 41 (turn it around and you have the point spread, 14). The three-letter root Peh+Tet+Resh = 289. So the Pats will win, 289-41. You can also go to the Gematria server here. Select "Hebrew" and plug in the number 41. You'll find other Hebrew words with the same numerical value, and the news is not good for Ram's fans: words like "to fail," and "terror" appear. Finally, go to this obscure site this obscure site and you will see clearly, in the middle row, that Pat comes before Ram.

Finally, (and before my com-p-t-r runs out of RAM) a reminder that the most important thing happening this weekend is not a football game, but the reading of the Ten Commandments at services on Shabbat (also true this week in 2019). Not that the two can't be combined. Go here and you'll find out the Ten Commandments for Football Fans. In fact many of these can apply to services. Especially the last one: Never, ever leave while time remains on the clock  (A new corollary - never leave Tom Brady time on the clock).

This game's going down to the wire. And, in the end, somewhere up above, Harry Kraft will be smiling.
Shabbat Shalom
Posted by Joshua Hammerman