It's good to be back, following an enjoyable vacation.  It's a real source of satisfaction for me to be able to go away and know that the place is being left in good hands, both lay and professional.  Services have been super (thank you Katie, Beth, Rabbi Gerry and musical accompanists for all your assistance), and extremely well attended; bar mitzvah lessons have been going strong (thank you, Cantor Bear) and people have been busy planning for the upcoming year.

Katie Kaplan will be joining me for Friday night services this week - don't be a stranger!  And join us on Shabbat morning as we celebrate the ufruf of Richard Hecker and Kit Ling Wong.  Richie and Kit are relatively new to our community but have jumped in with both feet - join us to wish them well on their upcoming wedding.

Services will be in the social hall, which is a cozier setting than the sanctuary, but the question often arises as to why we don't use the sanctuary more, since it is so lovely and awe inspiring.  This summer we've experimented with new configurations enabling us to have the flexibility and intimacy (and security) we are seeking, while also experiencing the grandeur of the sanctuary.  Tomorrow for the ufruf, we'll use the sanctuary bima, while remaining in the social hall most of the time.  In fact, the whole rationale for having a bima (elevated pulpit) is found in this week's portion of Ekev and we'll be discussing it at services.  See the parsha packet here.

The Sh'ma and the Amazon

Ekev also includes the second paragraph of the Sh'ma, the part that speaks of how if we are corrupt, God will shut the heavens and there will be no rain.

I've never had a problem with this paragraph.  The impact of human transgression on the environment has never been so apparent.  We might debate God's role in all of this, but the paragraph speaks of a cause and effect.   If we collectively act abusively toward the earth, the earth will become a hostile environment for human habitation.

I immediately thought of this second paragraph of the Sh'ma when I read French President Emmanuel Macron's tweet yesterday about the blazing fires in the Amazon Rain Forest, which were set by humans and have come as a direct result of the reckless policies of the Brazilian government.

Our house is burning. Literally. The Amazon rain forest - the lungs which produces 20% of our planet’s oxygen - is on fire. It is an international crisis. Members of the G7 Summit, let's discuss this emergency first order in two days! #ActForTheAmazon pic.twitter.com/dogOJj9big
- Emmanuel Macron (@EmmanuelMacron) August 22, 2019 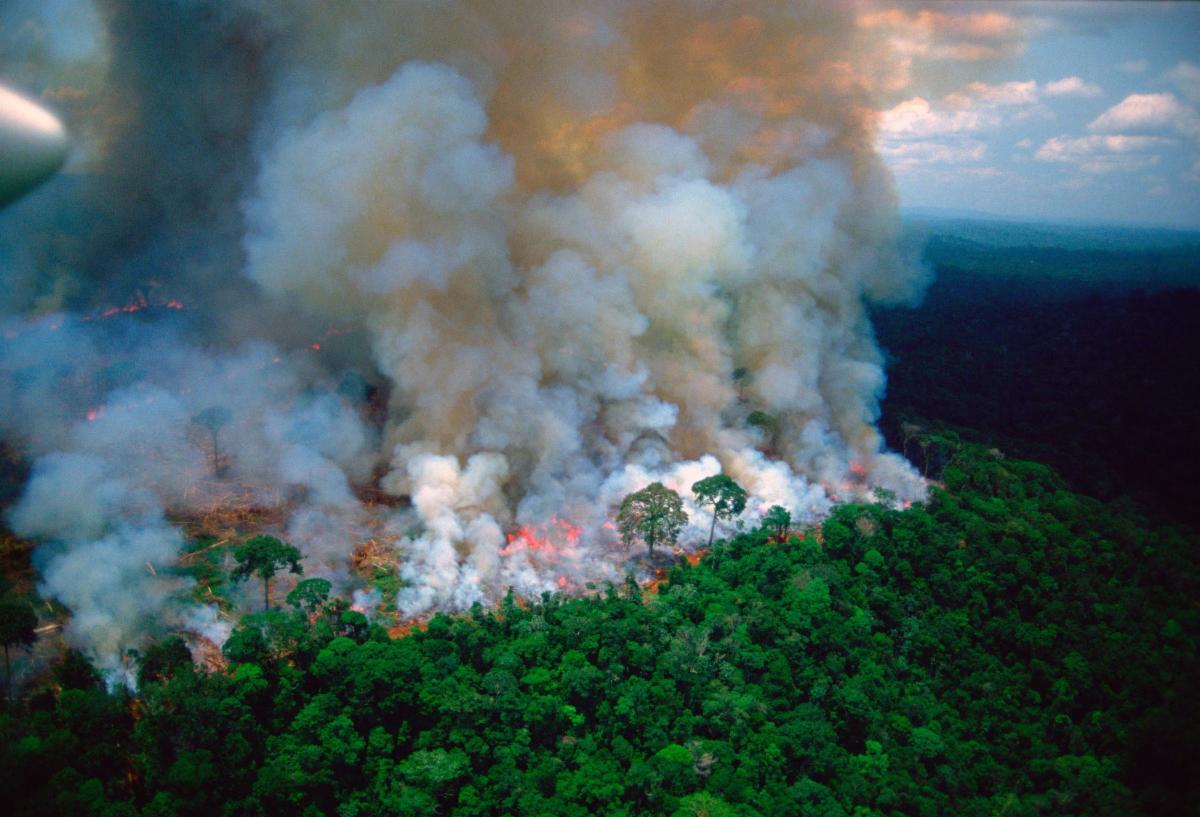 Meanwhile, aside from the raging fires in the Amazon, much has happened in the world since I last communicated, most of it scary and disheartening.  Since Jews and Israel have been central to the narrative over the past couple of weeks, you might expect me to have something to say.  But really, right now it's best to simply encourage people to keep up on events, relying on reputable sources.  I also post relatively little on Facebook and Twitter, but there are some recent postings and links that you can check if you are interested in my take.  Suffice to say for now that there are some who are deliberately trying to divide us, as Jews, as Americans and as supporters of Israel.  They are doing it for their own cynical, political ends.  We can't and won't let them succeed.

While I was away, two important registration websites have gone live.

You can now reserve for next summer's trip to Eastern Europe by clicking here. Reservations will be taken on a first-come-first-served basis. I can't emphasize enough how important it is, now more than ever, for Jews to see these places, to bear witness to the darkest moments in history and to learn the lessons of our recent past - while at the same time see how these devastated communities have turned themselves around.

And if you are interested in the March trip to Cuba - although it is essentially full, there may be a little wiggle room, so if you are still interested, let me know.  The trip's website is at https://secure.ayelet.com/BethElCuba2020.aspx

Also we've gone live with a reservation page for the world's leading Jewish podcast, Unorthodox, which will be our Hoffman Lecture on September 19.  When I say "leading," I mean leading - Unorthodox sent out a blast to Tablet magazine's email list in our area, and literally overnight we got over 160 reservations.  This will be a very popular event, so even though we are not used to signing up for the Hoffman Lecture, I highly recommend that you do that.  You can find more information and get your (free) tickets by clicking here.

Enjoy your end-of-summer and Shabbat Shalom! 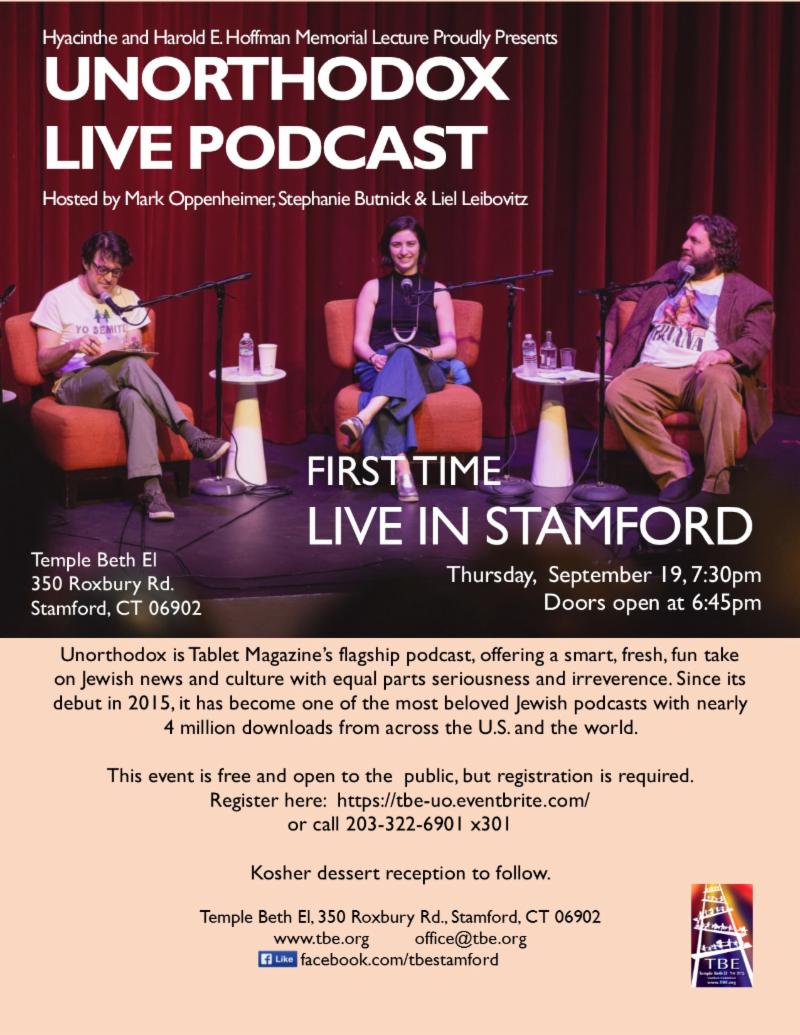