The Shabbat Announcements are sponsored
by Julie and Remi Rosenberg in honor of their
son, Jonah, becoming a Bar Mitzvah.

Ha'aretz reports that a ceasefilre is holding this morning.

Incidentally, if you think this week has been wild in Israel, Likud officials have been told to expect the indictment of Prime Minister Netanyhu to occur over the next four days.

And back here in America, there's no shortage of Jewish angles to the current impeachment hearings.  Read about them here.

Mazal Tov to Jonah Rosenberg and family as he becomes Bar Mitzvah this Shabbat morning. Get a sneak preview of our weekly portion of Vayera's study packet.  Tonight I'll be joined at services by Cantorial Soloist Katie Kaplan and Koby Hayon, Musical Guest.  (And don't forget to save the date for next Friday's Shabbat Unplugged with the return of Cantor Deborah Jacobson!)  Also, see last week's commentary on Lech Lecha by Bat Mitzvah Lana Busch.  At the bottom of this email, see a flyer for a very important presentation to be held here next Tuesday, by Rabbi Rick Eisenberg, on Jewish approaches to the opioid crisis.

At long last, the Unorthodox podcast taped here in September before a live audience has been released online, featuring an interview with Rabbi Joseph Telushkin. Check it out! And by all means, don't forget to review all about the Fast of Gedalya! (That's an inside joke - you'll need to listen to the podcast).

This Sunday, the Jewish Historical Society will be honoring Judith Altmann, along with Agnes Verdes, at its luncheon to be held here at Temple Beth El. Judy was born in Jasina Czechoslovakia, which was invaded by the Nazis in 1939. In 1944 she was arrested and transported to Auschwitz concentration camp with her niece where they were selected for work.  From there she was sent to Essen and Gelsenkirchen Labor camps where she remained until March 1945. She survived the "death march" that ended in the Bergen Belsen concentration camp.  Sick with typhus, Judy was barely alive when she was liberated by the British Army in 1945.  Judy was given the opportunity to go to Sweden. She lived in Sweden until 1948 at which time she immigrated to the United States.
You will not meet too many people who survived both Auschwitz AND Bergen Belsen, but many in our community have been enriched tremendously by her presence.  No one is more deserving of accolades than Judy.

Back in 2010, Judy joined our March of the Living group in Poland.  It was her first time back at Auschwitz, yet she remembered it as if she had just been there.  She brought a few of the teens into the precise barracks where she had been held, and she described the experience of the camp in vivid detail to our group.  She also was invigorated by the march and here verve and excitement brought a note of joy and hope to the whole experience.  Here are some photos from that trip. 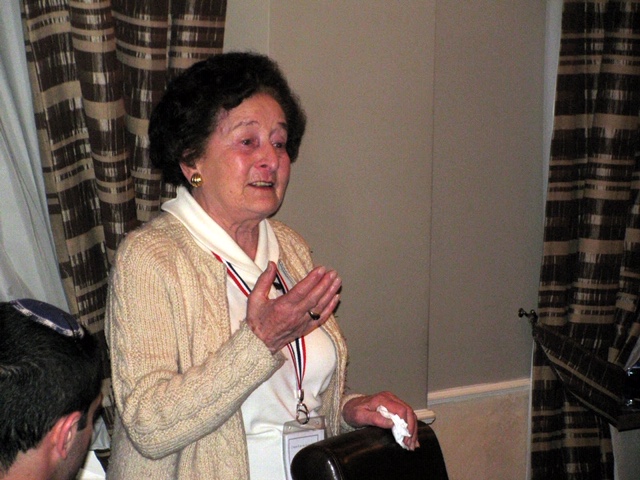 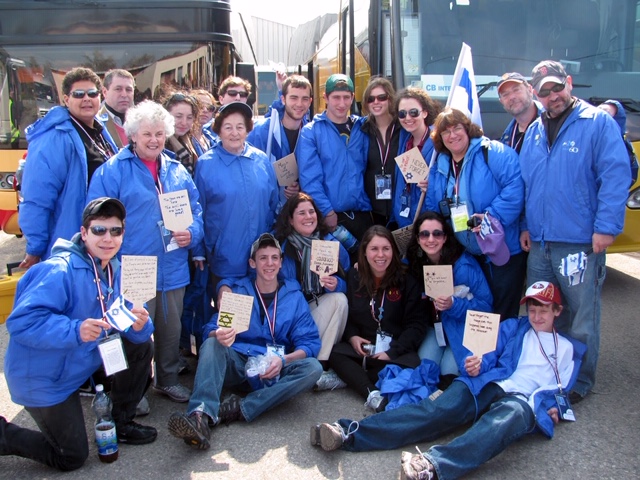 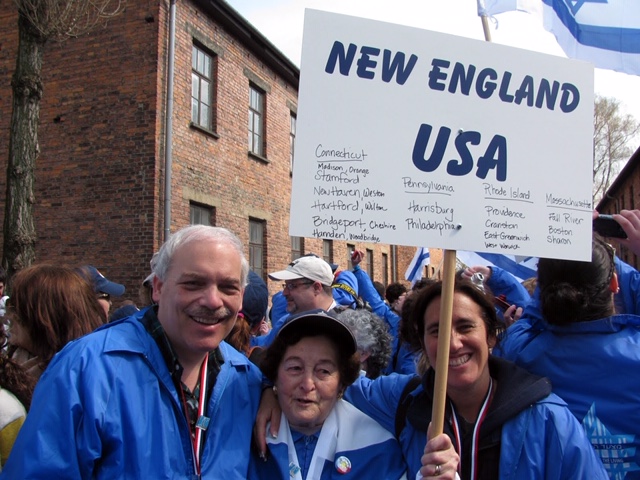 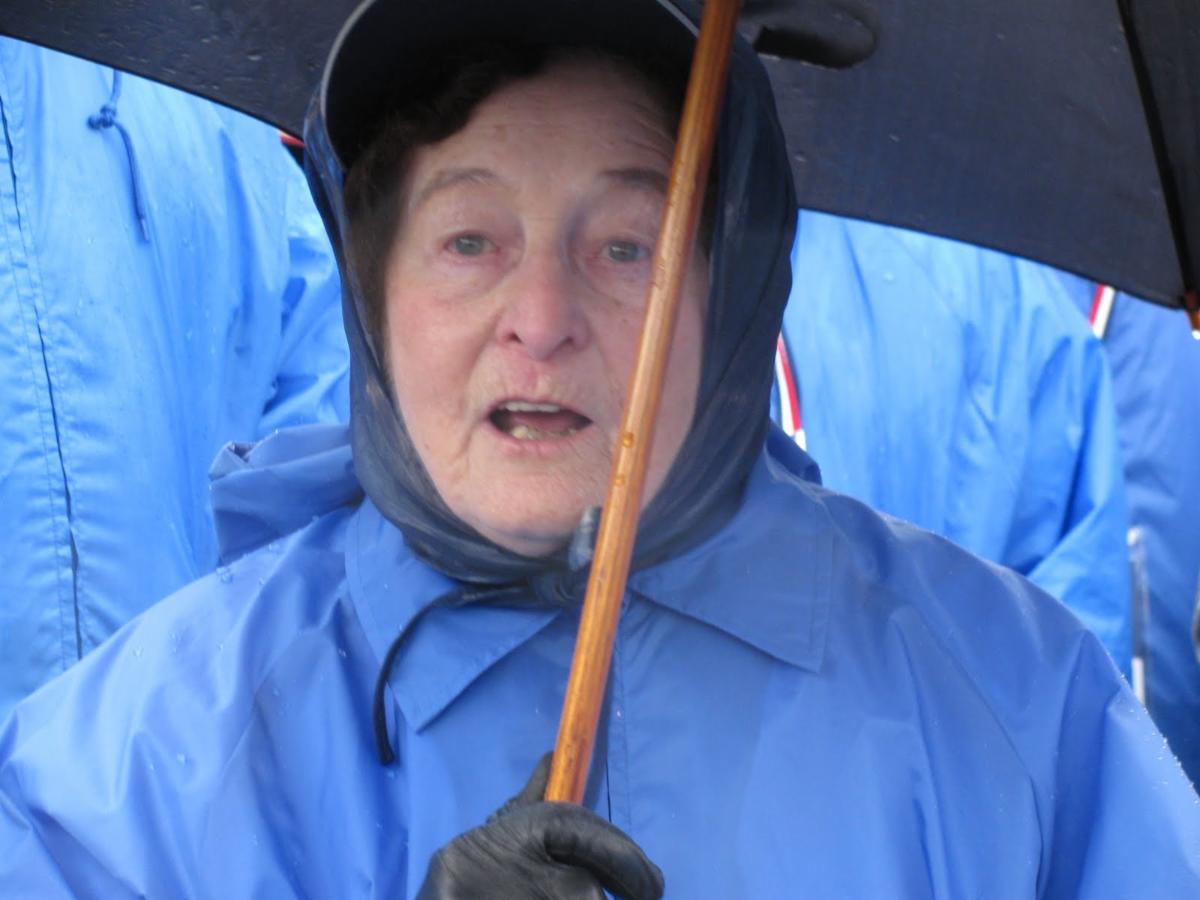 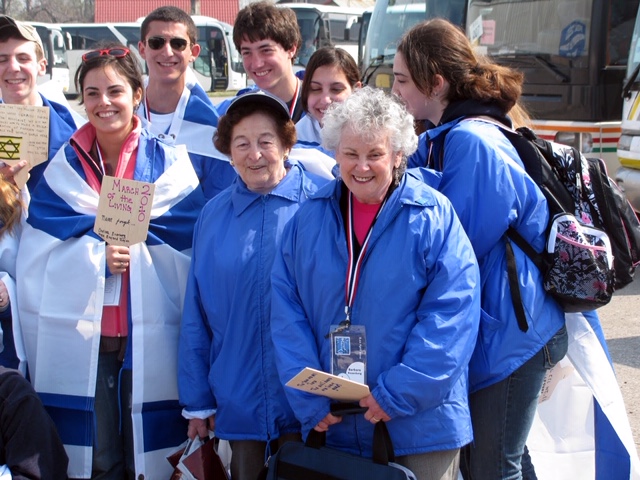 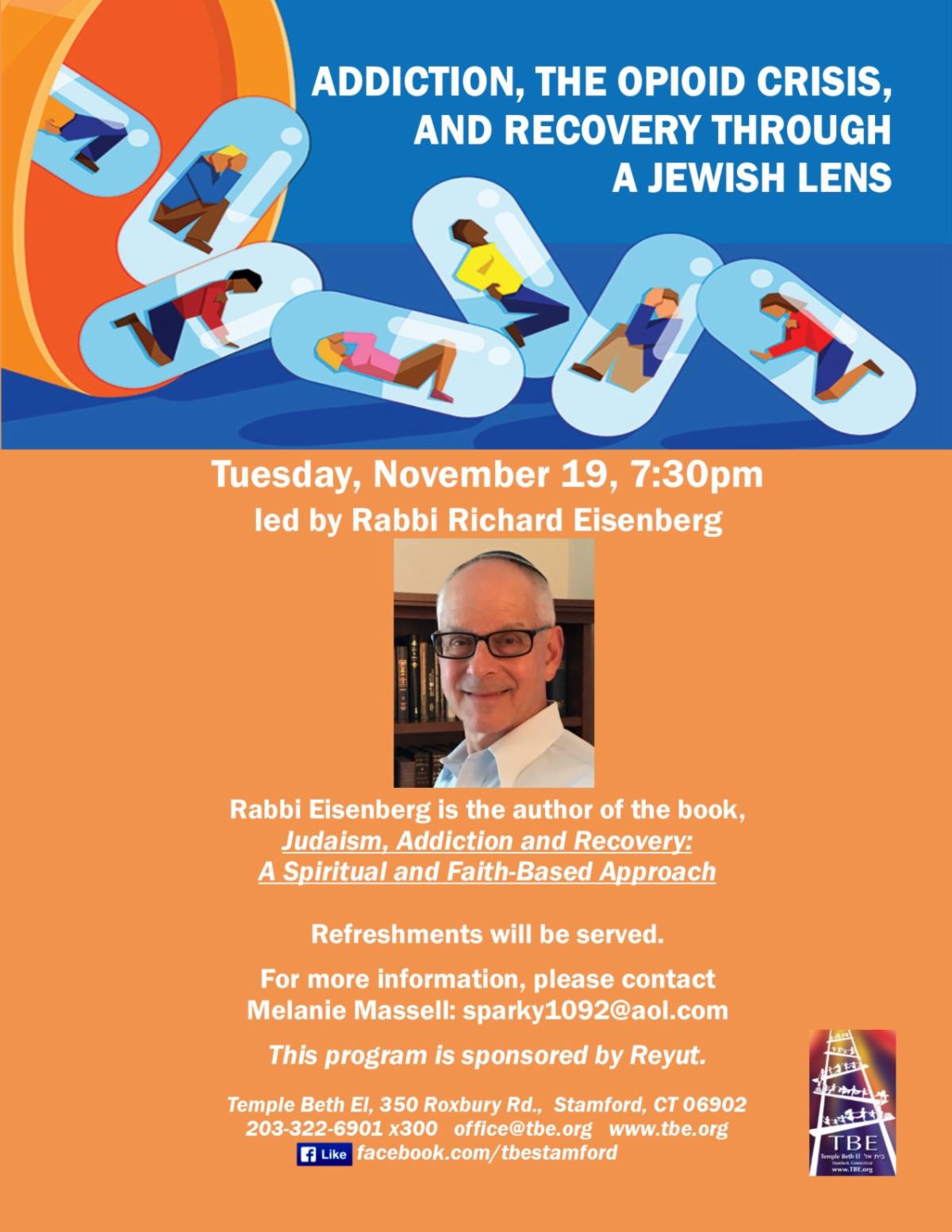