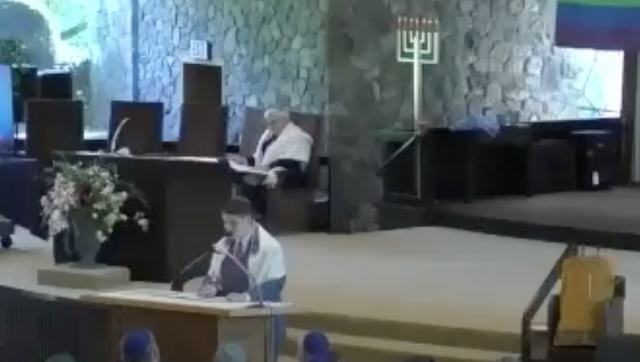 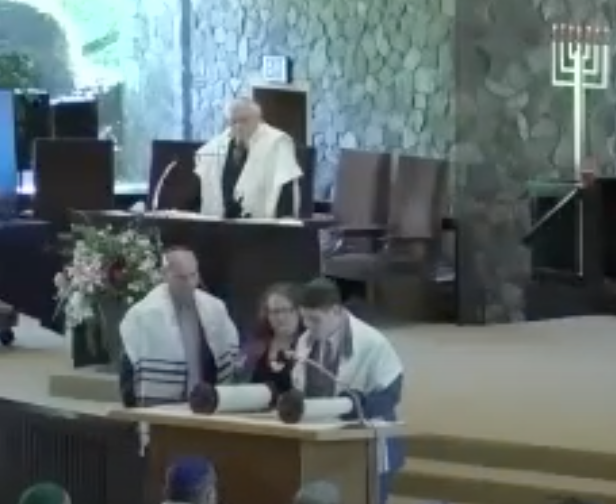 OK, so it’s not really Hanukkah, but if you look at my Torah and haftorah portions, you would think that it is.  The Torah portion – B’haalotcha – begins by describing the menorah in the sanctuary.  And the haftorah is the exact one that is also read on Hanukkah.  So… happy Hanukkah.  And don’t forget to add a Hanukkah present to the Bar Mitzvah presents you send me.

As many of you know, during those few waking hours when I’m not studying hard or saving the world, I watch the occasional movie or TV show.  I especially like action comedies and one particular theme that comes through in many of them is found in my haftarah.

The line is pretty famous: “Not by might, not by power, but by My spirit, says the Lord of hosts.”

It’s surprising to see this verse connected to a holiday like Hanukkah, that celebrates a great military victory.  But the message is an important one for Judaism, as it is for many movies and TV shows.  Winning on the battlefield is not enough.  As Zeus says in the Disney movie “Hercules,” “For a true hero isn’t measured by the size of his strength, but by the strength of his heart.”

That message comes through in lots of movies and TV series that I like. For instance, one of my favorite TV shows, “Jojo’s Bizarre Adventure,” a show features characters that aren’t physically imposing.  Even the ones who are drawn to look really buff in one part might appear much thinner later on.

The things that make them strong are the spiritual will to fight and not their actual strength.  There are all types of manifestations of that fighting spirit in the show.

To be the strongest actually is not to be the one with the most physical strength but to have other, more spiritual strengths.

We see that in some of my favorite movies.  For instance, “Deadpool” 1 and 2.   The main character, Deadpool, the main character has no superpower, except for one. That came about because he had terminal cancer; he was turned into a mutant so he wouldn’t die. So, blessed with this gift of immortality, he is able to fight crime and save the lives of others.  Because he can’t die, he’s not afraid of anything, although, as he says, “Every dinosaur fears the t-rex.”

And then there’s one of my favorite oldies, “Spaceballs,” which I first loved when I was about five.  Just as with my haftarah, the power comes not from power and might but from the Schwartz.  And that power was harnessed by the ring, although it turns out that “the ring is bupkis – it was found in a Cracker Jack box.”

For my mitzvah project, I’m going to help sheltered cats, by volunteering at PAWS during the summer.

As they say, “May the Schwartz be with you.”  I think it was Judah Maccabee who said that.