I hope you can join us tonight at 7:30 for a special Shabbat service featuring Lisa Tannebaum on harp and Marc Schneider on flute, and tomorrow morning as Debra Katz Shapiro gives us a status report on World AIDS Day.

Sixty five years ago yesterday, the UN General Assembly's  acceptance of the 1947 Partition Plan (listen to that historic vote)  paved the way for the birth of the state of Israel.  It was not by accident that Nov. 29 was chosen as the date for a strong endorsement of Palestinian aspirations for statehood by that very same body, as yesterday they voted to upgrade the he UN has voted to upgrade Palestinian Authority to "State Observer" status.

It's hard to say what this means, or whether it is ultimately bad, good or irrelevant to the prospects for two states to live side by side in peace, which most Israelis still claim to want.

Marc Schulman, whose commentary is almost always spot on, assesses matters in this way, as a major diplomatic defeat for Israel on two levels:

On the first, and albeit more distant level, the change produces a new and more problematic starting point for any future negotiations with the Palestinians. Instead of negotiating towards an independent Palestinian state, the UN has now recognized it as such... More problematic is the fact that Israel lost the complete support of almost all of the European nations in this vote. The reason seems clear. There is a distinct sense that when it comes to the question of Israel-Palestinian negotiations, it is the Netanyahu government that seems unwilling to truly negotiate. Netanyahu is simply not believed when it comes to his willingness to negotiate. Of course, having Avigdor Lieberman as Foreign Minister, (a man that is unwelcome everywhere in the world but Eastern Europe), does not help bolster Israel's diplomatic efforts.

See my assessment, including my comparison of this situation to that faced by President Lincoln, as depicted in Spielberg's recent film, in my blog posting: The U.N., the Palestinians and "Lincoln."  You can also read AIPAC's take.

Read  Abbas's speech yesterday and Israeli ambassador Ron Prosor's response.    Also see the U.S. position as explained by U.N. Ambassador Susan Rice.  Speaking of Rice, read how, long before she became a political hot potato (all these starchy foods!), 400 rabbis and cantors gave her a standing ovation at a private lunch at AIPAC in gratitude for her solid support of Israel in the most challenging of diplomatic settings.

See today's Daily Alert for a comprehensive digest of articles pertaining to the U.N. vote as well as reflections on the recent action in Gaza (explaining in no uncertain terms that the Iron Dome is truly a Game Changer).

Next week, we'll recall one of the most significant events in modern Jewish history, the March on Washington, the culmination of a long struggle to free Soviet Jewry.  Three hundred people from Stamford boarded buses at the crack of dawn that day, joining 250,000 Jews in our nation's capital.  It was the largest voluntary march of Jews, arguably, since the Red Sea.

See my article heralding the event from the Stamford Advocate in Dec. 1987.

See also my photo essay.  If you have pictures from that event, please send them along and I'll put together a community album.  Send me your recollections too, and I'll post them next week.

And make plans to join us next Shabbat morning to hear  GAL BECKERMAN,  opinion editor at The Forward and author of  "When They Come for Us, We'll be Gone,"- the riveting story of the three-decade struggle that became a global cause (I'm reading it now - a great read).

Stamford has a wonderful community Hebrew High School program called Kulanu.  This trimester I am teaching a comparative religions class, and the students, primarily ninth graders, have really gotten into it.  Two weeks ago we engaged in an interfaith dialogue with teens from a local church - it was one of the most fruitful dialogue sessions that I've ever experienced.  No defensiveness, lots of honesty and curiosity, all in the spirit of sharing.  The teens came out of it with renewed pride in their own faith and with greater respect for the Other.  As my friend Rev. Douglas McArthur remarked later, his teens felt that they had brought the world a little closer to peace and understanding that day.

This week, we discussed the Golden Rule and how it manifests itself in different world religions.  It's interesting how each religion gives it a slightly different spin.  Native Americans, for example, speak less of how we treat other people and more of how we should treat the earth.  Some faiths go "negative" (like Hillel), as in "don't do to others what you don't like done to you."

Take a look at the chart below (click on it to enlarge), and imagine the globe in the middle as not simply the earth, but the ultimate Truth that all religions seek to locate.  We are each coming from a different place, each giving the truth our unique shading.  Ultimately, the hope is that we will meet in the middle, where the Real Truth resides.  As we enter the December holiday season, it's a good thing to remember.

Hanukkah begins just as Shabbat ends next weekend. It's time to get ready!

-          Also see this fascinating piece by historian Jonathan Sarna on how American Jews reinvented Hanukkah in the 19th century.

We still fight for religious freedom in our time.  See this logical and inspired proposal, sent by the Israeli Reform movement to Prime Minister Netanyahu a few weeks ago, for a Third Section at the Western Wall, one where progressive and egalitarian Jews, and women of all denominations, can pray in their own way, without harassment.

And, with the Soviet Jewry movement on our minds (the great Washington rally took place on Hanukkah) read Natan Sharansky's description of Hanukkah in the Gulag.

Check out the Hanukkah video playlist - featuring the Maccabeats, Adam Sandler, Tom Lehrer, Matisyahu, Sesame Street and others, and explore a modern take on the rabbinic concept of "Pirsumai Nisa," publicizing the miracle.  How do these songs succeed in engendering Jewish pride and in telling the story of our miraculous survival?

And have a Happy Haunkkah!

See you at Comedy Night tomorrow night and at our special ConTEXT seminar on Hanukkah: From Ancient Times to Present, beginning this Thursday.

And don't forget to answer the call from UJF on this Super Sunday! 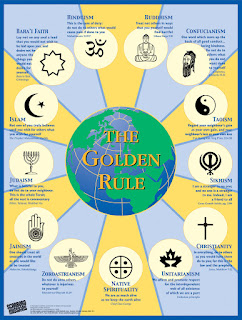