The Forgotten Revolution: The March on Washington for Soviet Jewry, 25 Years Later

This week at the G.A., the annual gathering of Jewish federations, Elie Wiesel and Natan Sharansky sat together to reminisce about what may have been the most significant and successful revolution in the Jewish world of the past half century, yet one no one ever talks about.

The struggle to free Soviet Jewry, a 25 year battle, not only succeeded in tearing down barriers to immigration and Jewish identity, it helped to bring down the iron curtain.  It did so bloodlessly, and it galvanized the American Jewish community as it had never been galvanized before and hasn’t since.  It enabled Jews to project pride and political clout in a manner that presaged AIPAC, despite being opposed or only tacitly endorsed by much of the Jewish establishment.  In fact, it was primarily student led, or as Sharansky’s KGB captors scoffed “A bunch of students and housewives.”  Yet somehow, these students helped to push an agenda that promoted human rights for all people and, through the Jackson-Vanik amendment, became a prime instrument of U.S. policy to pressure the Soviet Union.

Ironically, Jackson-Vanik is slated to be rescinded by Congress this week (see an interesting take on this from the from the Moscow Times).

Twenty five years ago, on December 6, 1987, 250,000 Jews marched on Washington to demand freedom for Soviet Jewry.  The numbers exceeded everyone’s expectations, and coming as it did on the eve of a Reagan - Gorbachev summit, historians now know that it made a huge difference in accelerating the process of liberation.  For American Jews, it was a cathartic do-over, a chance to redeem ourselves from the perception that we had not done enough to help our brothers and sisters during the Shoah.  It was a huge moment.  For those of us who were there, it was unforgettable.  It was, for me, the first major community event I attended after moving to Stamford and it cemented relationships with other community leaders. See my photo essay below.  maybe you'll recognize some of the people, including Natan Sharansky (newly freed), Sen. Lautenberg, Bob Dole and many from our Stamford group.

AND SAVE THE DATE OF SHABBAT MORNING, DECEMBER 8, WHEN, IN HONOR OF THIS 25TH ANNIVERSARY, WE WILL BE HOSTING GAL BECKERMAN,  opinion editor at The Forward AND AUTHOR  OF ”When They Come for Us, We’ll be Gone,”-  The riveting story, never before told, of the three-decade struggle that became a global cause.

See my article on the event from the Stamford Advocate in Dec. 1987.
See also the photo essay below, as we recall that historic March on Washington of December 6, 1987. Click on photos to enlarge.

And with Hanukkah coming, read Natan Sharansky’s description of Hanukkah in the Gulag. 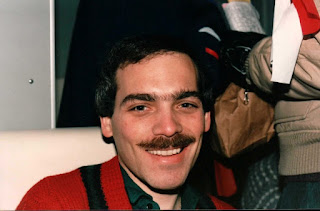 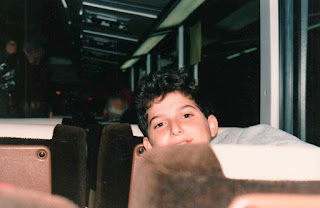 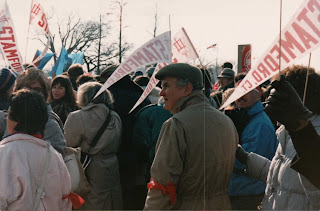 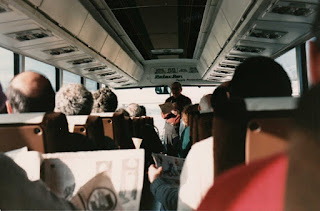 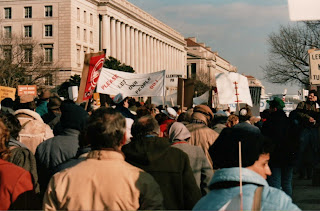 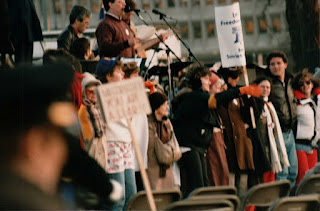 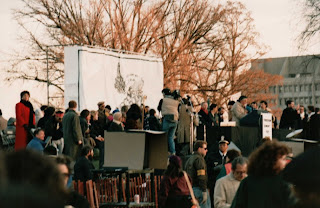 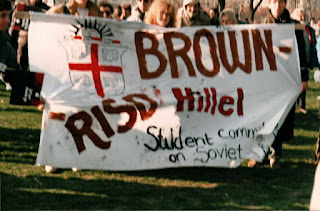 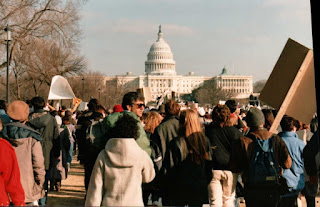 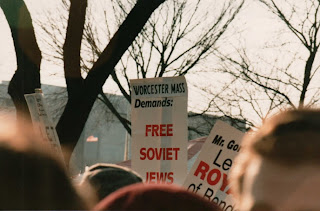 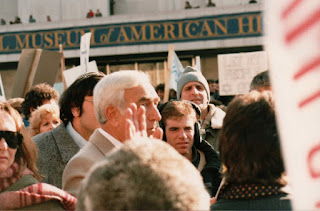 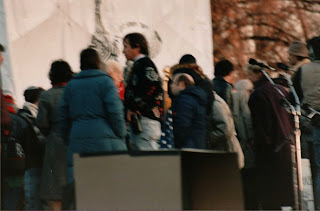 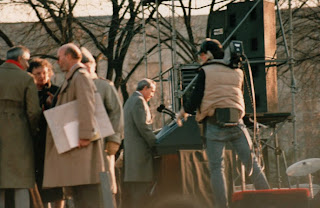 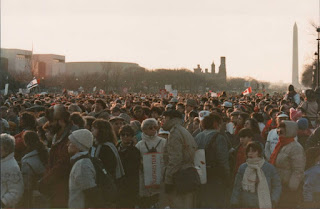 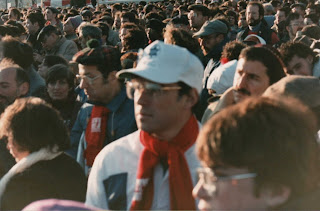 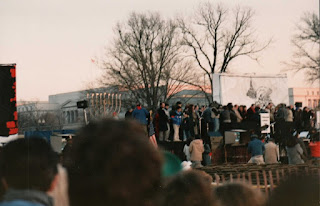 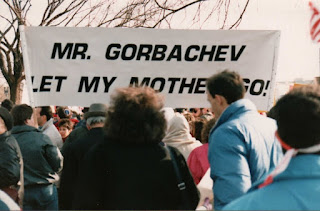 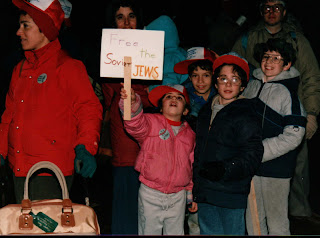 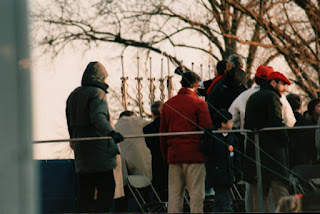 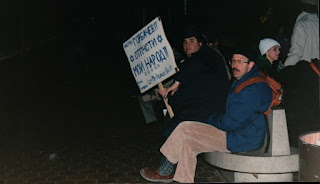 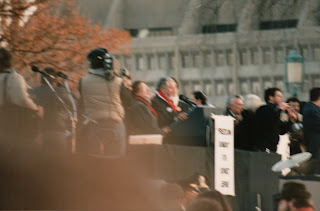 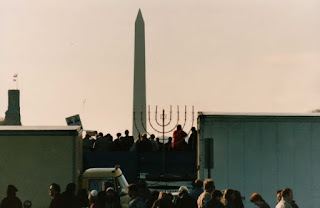 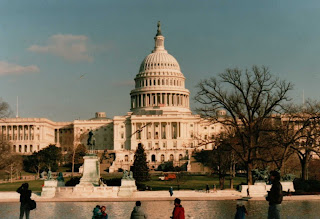 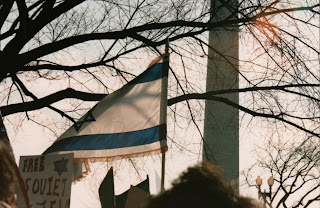