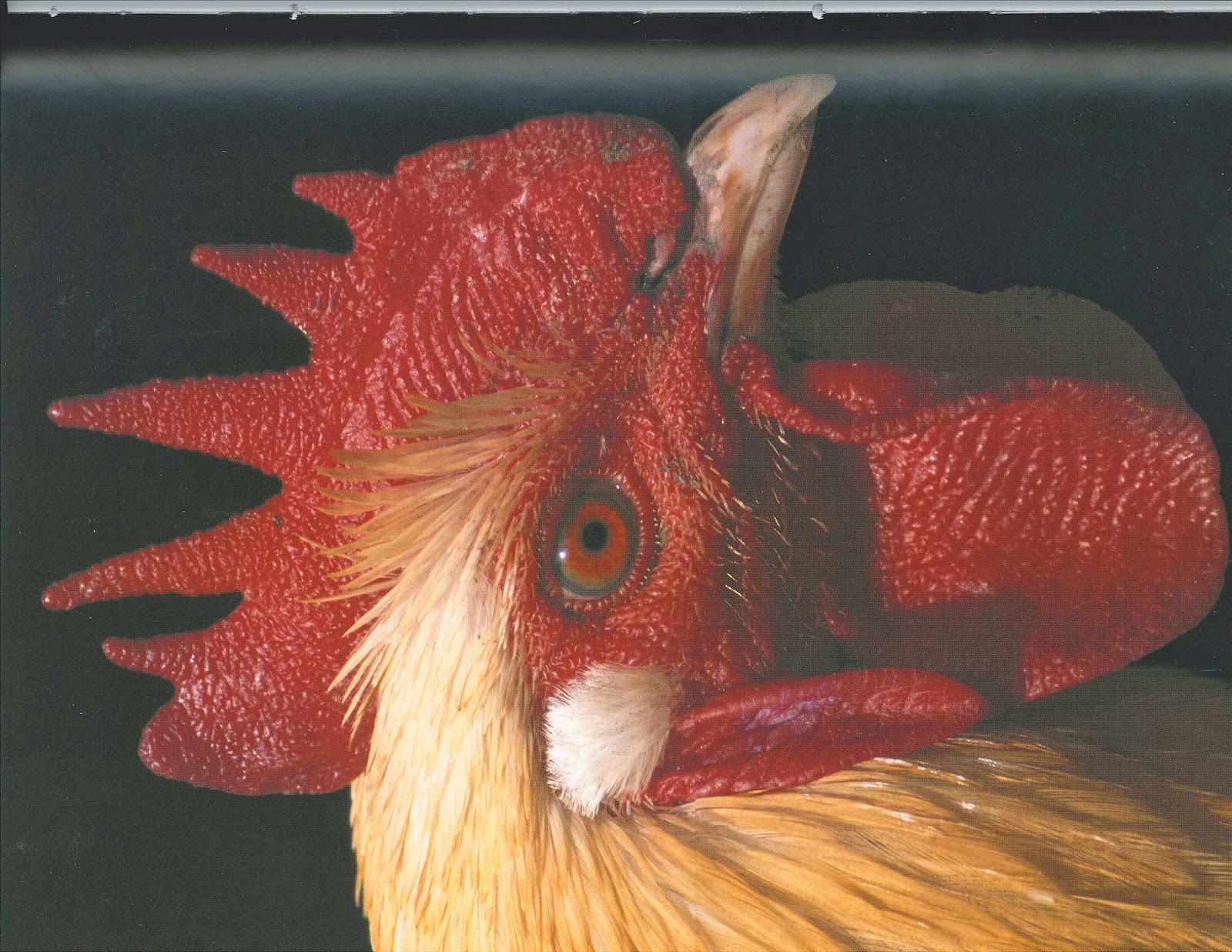 I woke up this morning to the sound of a rooster - two actually - perched atop the Beth El Mitzvah Garden. Minutes before my alarm normally awakens me to "Traffic on the Eights," this little guy gave me his "Kukuricu" on the twos.  With Tu B'Shevat a few days away, I thought of the old pioneer song, Koom Bachur Atzel - "Get up, lazy boy,  get up and go out to work; Cock-a-doodle-doo a rooster called out."

Much like the shofar, the rooster's crow awakens us, but unlike the shofar, the primal sound comes not from human effort, but from a more mysterious and ancient source, one that connects us deeply to nature at our most vulnerable moment, the moment of arousal from sleep. it forces us to deal with nature on its own terms, not on ours.  We can't manipulate that call.  We can't distort it.  We are too vulnerable at that moment to do anything planned or remotely conscious. We can only respond to it.  It is impossible to manipulate this call, to mold it to our ends.

Nachman's story tells us that we should respond to other human beings in the same way - on their own terms, not by imposing our standards on them, but by getting down (or up) to their level and accepting them as they are.  By connecting.  By loving unconditionally.  By trusting.

That is why the rooster possesses a truer, deeper wisdom than we have, the wisdom not of the brain but of the heart (and indeed some translate the word "sechvi" as heart, rather than rooster).

That is also the wisdom that is embedded in Jewish prayer.  It takes a common cliche, "as different as night and day," filters it through the prism of nature and instinct, and transforms it into a moral calling.  We need to be able to distinguish between goodness and evil as instinctually as the rooster determines night from day.  The rooster knows that distinction so well that he can welcome the day well before the sun rises.  We need to have a similar radar that can enable us to respond to the call of  Psalm 34, "Depart from evil, and do good; seek peace, and pursue it," even before our eyes have fully opened.

Meanwhile, how many of you city slickers have ever awakened in your own beds to the sound of the rooster?  It's way cooler than "Traffic on the Eights."