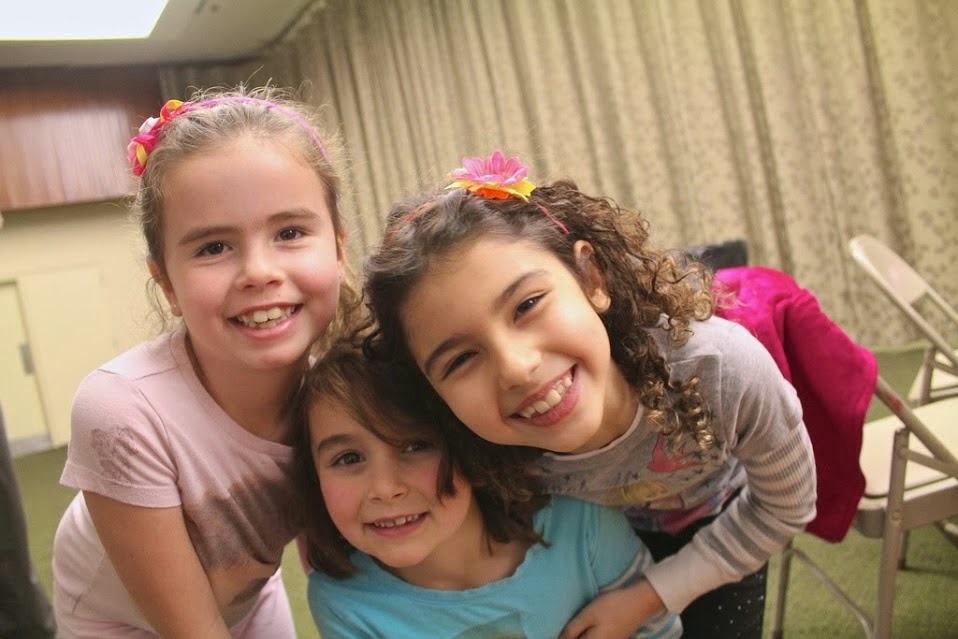 We had an amazing Tu B’Shevat here this week, topped off by Tuesday’s showing of ”Journey of the Universe,” a film that took our breath away.  We had nearly fifty here, including several from other faith groups.  If you haven’t seen it, put it on your bucket list. It will change your life, melding the scientific and the spiritual to create what one critic called “a new mythology for our new millennium.”

Check out the photos from this week’s Religious School Tu B’Shevat activities including a fun Seder last Sunday for the younger grades and yesterday’s “Top Chef” spectacular for the older grades.  I’ve heard it on good authority that some students with alternate activities actually are pleading with their parents to let them come to Hebrew School this year.  Check the album again later on for new photos.

I had the pleasure of teaching about Tu B’Shevat and Jewish sustainability in several locales this week, including Bi Cultural Day School, where I enjoyed an hour speaking with the 6th and 8th grades.  The kids asked great questions and demonstrated deep insight into Jewish sources and environmental sensibilities. See my handout on Tu B’Shevat and Jewish Sustainability, featuring key biblical and rabbinic passages as well as charts detailing why and how we need to get back to Carbon 350. 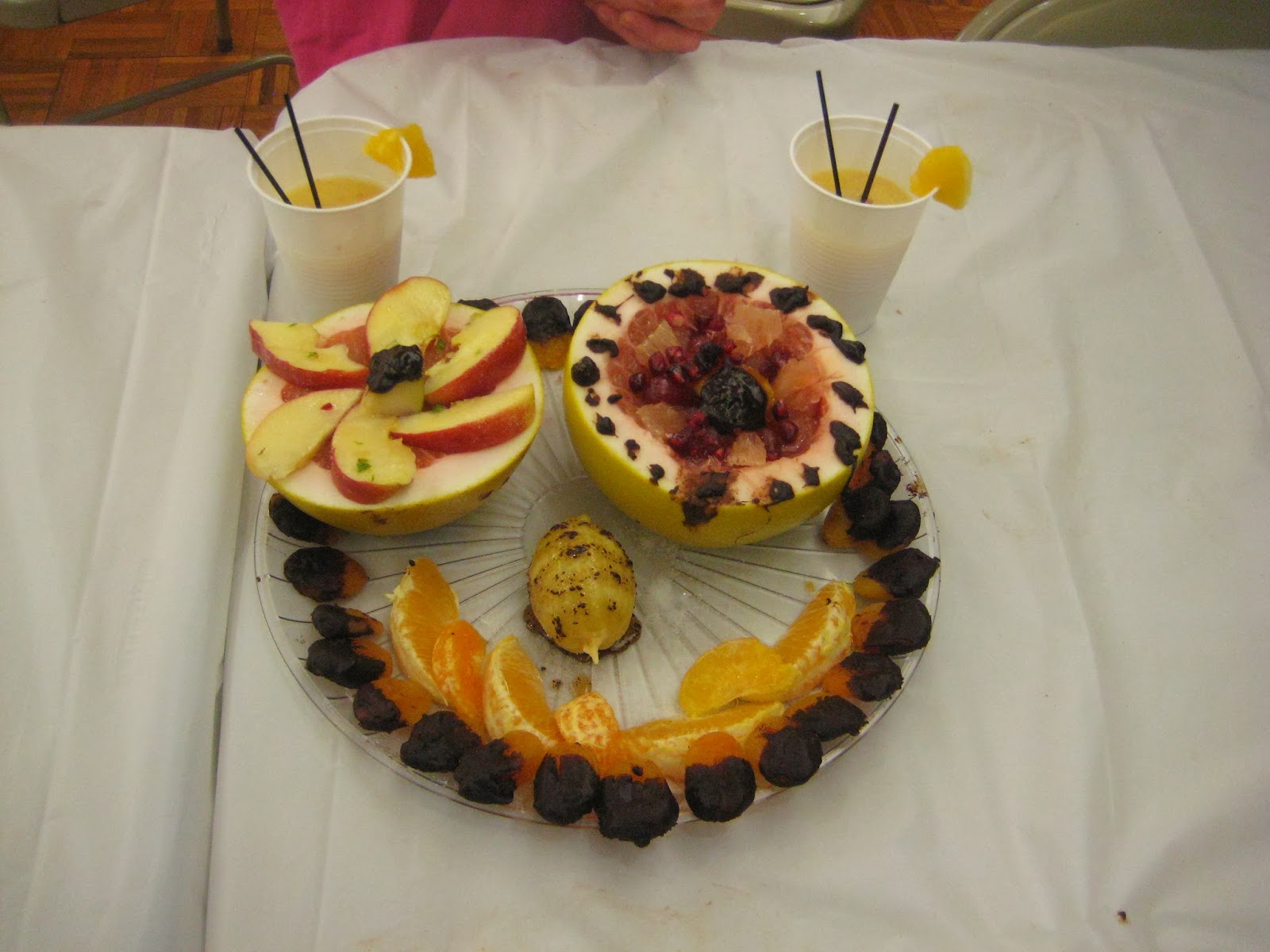 Dr King, Religious Integrity and Social Justice: “And None Shall Make Them Afraid”

On this MLK weekend, we recall Dr. King’s 1963 Letter from a Birmingham Jail.  In it he describes what he perceived as a lukewarm role of most religious leaders to the burgeoning civil rights movement.  Here’s what he wrote:

Is organized religion too inextricably bound to the status quo to save our nation and the world? …I am thankful to God that some noble souls from the ranks of organized religion have broken loose from the paralyzing chains of conformity and joined us as active partners in the struggle for freedom. They have left their secure congregations and walked the streets of Albany, Georgia, with us. They have gone down the highways of the South on tortuous rides for freedom. Yes, they have gone to jail with us. Some have been dismissed from their churches, have lost the support of their bishops and fellow ministers. But they have acted in the faith that right defeated is stronger than evil triumphant. Their witness has been the spiritual salt that has preserved the true meaning of the gospel in these troubled times. They have carved a tunnel of hope through the dark mountain of disappointment.

These days, thankfully, more people in the Jewish community have come to understand the prophetic role of religion in fighting just causes.  For many, it is the legacy of Abraham Joshua Heschel, nearly as much as that of Martin Luther King, that inspires us. Jews were very active in the Civil Rights movement back then and continue to fight hard for equal rights now in numerous ways.  As I’ve pointed out elsewhere, one of the most telling revelations of the recent Pew report is that Jews remain as committed as ever toward fighting bigotry against all groups, not merely our own.  But we also must recall that, 150 years ago, most Jews in the South supported slavery.   Some even advocated its expansion.

We need to celebrate the courage of those who stood up for principle at times even at the risk of their careers and their lives.  People like Rabbi Ira Sanders of Little Rock, who testified before the Arkansas Senate against pending segregationist bills. Rabbi Perry Nussbaum of Jack­son, Mississippi, also courageously lent his support to the integration effort, as did Rabbis Jacob Rothschild of Atlanta, Emmet Frank of Alexandria, and Charles Mantingand of Birmingham.  These, unfortunately, were the exception to the rule.

Nussbaum at first spoke sparingly about segregation, knowing that he was at odds with most of his congregants on the subject.  But once the Freedom Riders arrived from the north in 1961, many of whom were Jewish, he could no longer stand on the sidelines. Taking a stand had severe consequences: both his synagogue and his home were bombed by the KKK.  Nussbaum initially tried to leave Jackson but in the end elected to stay.

We all need to ask ourselves what we would have done in that situation, both as rabbis and as congregants.  I can only imagine the congregational meeting that followed the bombing in Jackson, or the famous Temple Bombing in Atlanta in 1958.  In Atlanta, fortunately, the community rallied to the congregation’s support, and the rabbi refused to be intimidated. The next week’s sermon was posted on the Temple’s front lawn early Monday.  It was entitled, "And None Shall Make Them Afraid."

In comparison to what those Jews faced, our task is much easier.  Hatred and injustice still exist, but history’s currents are flowing strongly the other way. For Jews, especially, racism should be long since over.

Still, we constantly need to be reminded to stand up for the weakest in our society, even if that stand is unpopular.   And rabbis have to lead rather than follow the rabble.  We cannot afford to stand on the sidelines.

A character in Nathan Englander’s short story “Camp Sundown” put it best, “The turning away of the head is the same as turning the knife.”

For Jews, passivity is not an option.
Posted by Joshua Hammerman