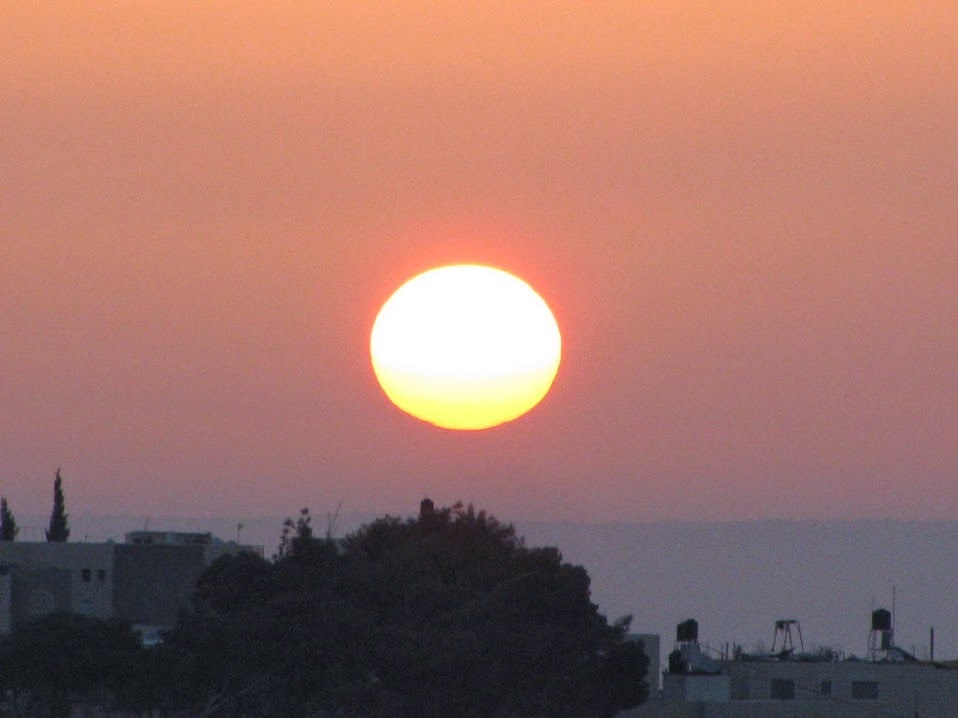 I want to give you a photographic taste of Jerusalem in spring, which I experienced just last week. The colors, the flowers, the vivacity of the people (especially on Purim) are simply spectacular.  Above you see the sunrise over the Mount of Olives (with the Moab mountains of Jordan in the background) that I was privileged to witness, thanks to jet lag, from my room in The Mount Zion Hotel (a shameless plug for this summer's trip, since we will be staying there - space is still available - trip details are here).

See more photos throughout this O-Gram and at the bottom, a sunset from Old Jaffa. 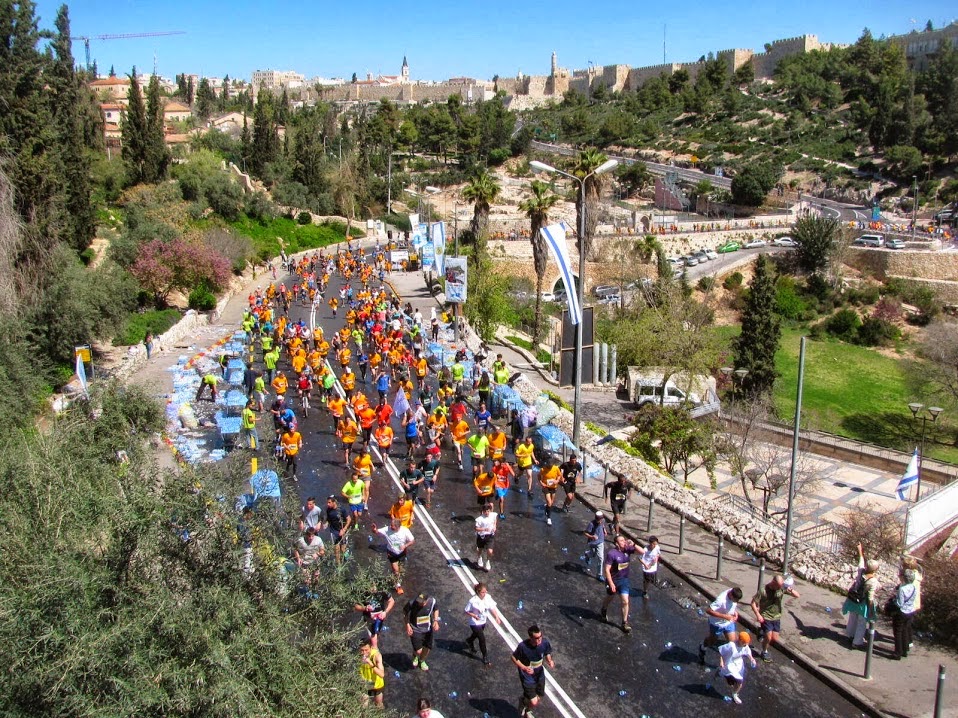 This Shabbat morning, our service will be dedicated to TBE's teens.  Lots of them will be involved, some reading Torah, some leading discussions, some just hanging out.  Noah Zussman and I will be hosting that rollicking Game Show, "Is It Good for The Jews?" and I'll have special treats direct from  Israel to incentivize participation (read: shameless bribe).  Then, we'll all be enjoying a kiddush lunch, sponsored by the Young family.  There are very few opportunities during the year for our teens to touch home base (a perfect metaphor for baseball's opening weekend) here at their synagogue.  If you are a teen or a parent of one, please join us tomorrow!  I'd love to see you!
I'm also really looking forward to our young family Chocolate Seder this evening.  We have a huge crowd already signed up.  If you haven't yet, join us! 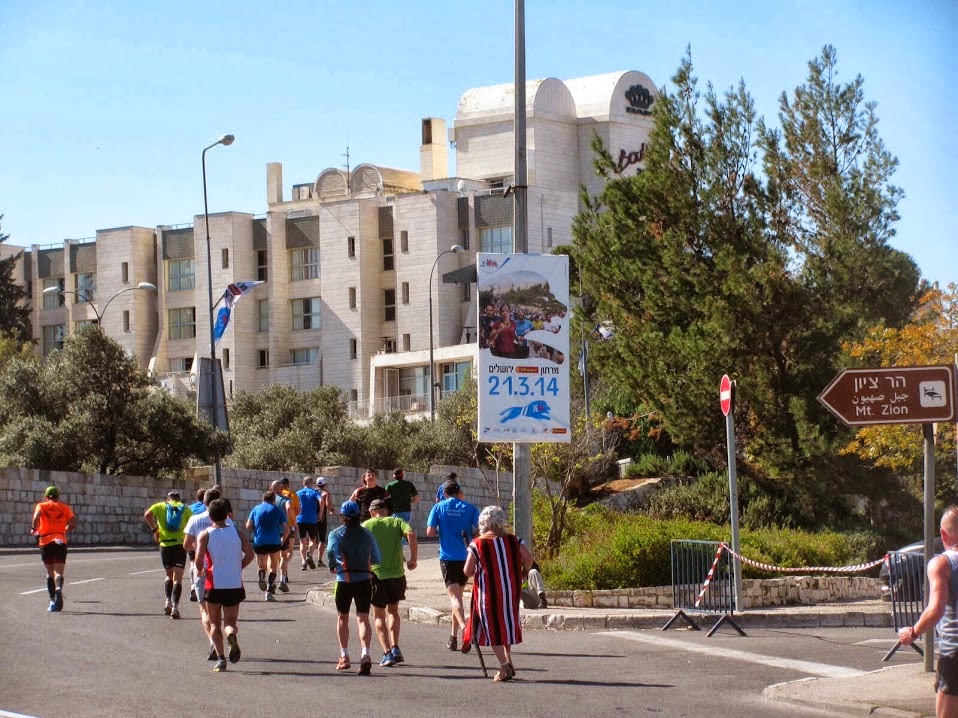 Even Moses ran in the Jerusalem Marathon

Speaking of Passover, don't forget our Passover Food Drive (details here).  For the past several years, we have not had a congregational seder, primarily for logistical reasons as well as lack of demand.  Each year, though, we have matched people looking for seders to congregant families with extra space at the table.  If you fall into either of those categories, please let me know - and if you have space, let me know how many places and for which night(s), and we'll go from there.

It is customary to sell hametz before the holiday - a legal fiction that essentially means you can store it away in your home without deriving benefit from it.  Download the Sale of Hametz Form,  And click here to download the complete Rabbinical Assembly Passover Guide.Also see my extensive list of Seder guides and passover supplements.

And since Purim is still fresh in our memories, see our complete Purim album here.

April Fool's, "Noah" and Nisan: A Case of Cabin Fever

The highly touted film "Noah" is opening this weekend to generally positive reviews, and this coming week we begin the months of Nisan and April on the same day, Tuesday, A.K.A. April Fool's Day.  The first of Nisan is also known as the biblical New Year, as it is the month of Passover - and this Shabbat we announce this most important of months with special fanfare (the name of the Sabbath is in fact Shabbat Ha-Hodesh - the Sabbath of THE Month)

I'll bet you did not know that all of these things are connected!  Allow me to explain...

The most popular explanation for April Fool's Day involves the revolutionary change in calendars that occurred 500 years ago. Until then, many ancient cultures celebrated New Year's Day in late March to coincide with the arrival of spring. However, March 25 was the Feast of the Annunciation in much of medieval Europe, so the more pagan New Year's celebrations were postponed until April 1.

Then, on Feb. 24, 1582, Pope Gregory XIII introduced his Gregorian calendar, which had a bold change -- the New Year would begin on Jan. 1. In the next few months, a handful of countries signed on to the pope's idea.

This is where the fun supposedly began. One of the countries that adopted the new calendar almost immediately was France. But as you might imagine, word of the change didn't reach all the French people with lightning speed in those days.

As a result, the story goes, some people refused to change, some forgot and some apparently even were tricked into celebrating New Year's Day on April 1 as they always had. Those who had changed made fun of these rubes and reportedly sent them on fool's errands or tried to trick them into believing other things that were not so. Hence, the origin of April Fools'  Day.

But as snopes.com points out, there are problems with this theory (you can read about them here).

Here's where Nisan and Noah come in.  Some say that April Fools has biblical origins.One theory holds that it stems from the time when Noah sent out a dove on a fruitless search to find dry land, speculating that Noah felt foolish and that the dove came back with a sheepish expression, knowing that she had been sent on a wild goose chase  (to mix three animal metaphors in one sentence).  According to some traditions, this happened on the first day of the Hebrew month that corresponds with April, Nisan.

In the end, historians say that April Fool's Day probably evolved simply as a result of pent-up energy being unleashed during the spring equinox after a long winter. Those fun-loving Romans, for example, celebrated Hilaria on March 25 to mark the arrival of spring.

Well, when it comes to having cabin fever, no one was more pent up than Noah's gang - until us this past winter.  Now we are clamoring for April, the first pitch, the annual removal of the deck chairs, for Nisan, for spring cleaning and Passover and for the time when, as Song of Songs 2:12 proclaims, "The flowers are springing up, the season of singing birds has come, and the cooing of turtledoves fills the air."

I brought my car to a car wash yesterday to remove the winter "schmutz" from the outside and the hametz from within.  Boy did it feel good!  Liberation is around the corner.

It's all coming VERY SOON, and not just to a theater near you.

No foolin' about that!

Jerusalem and Tel Aviv in Springtime (a photo essay) 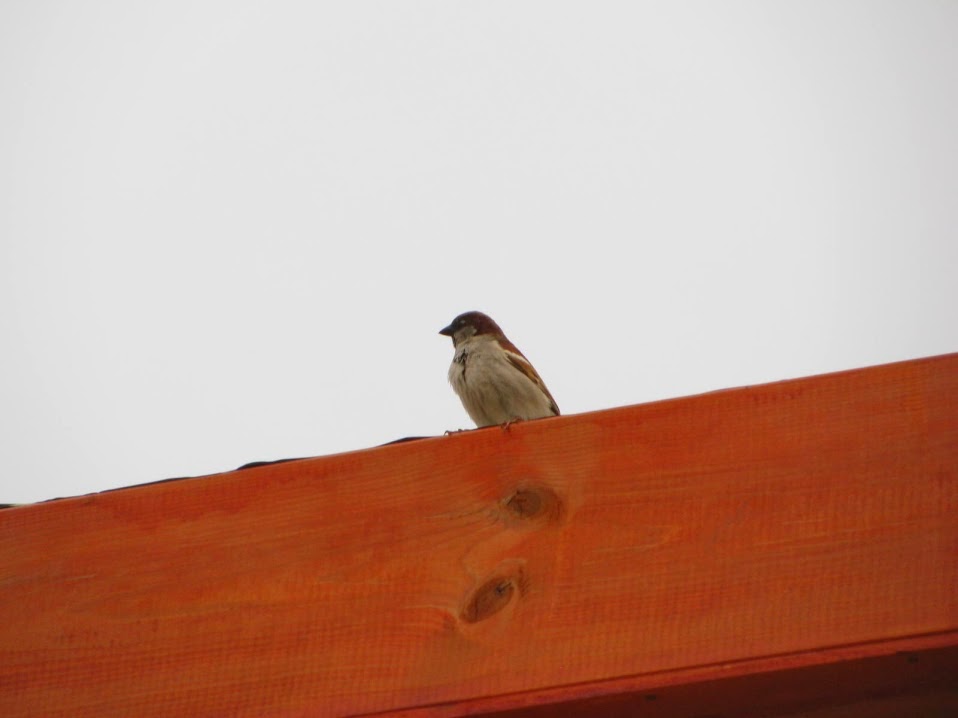 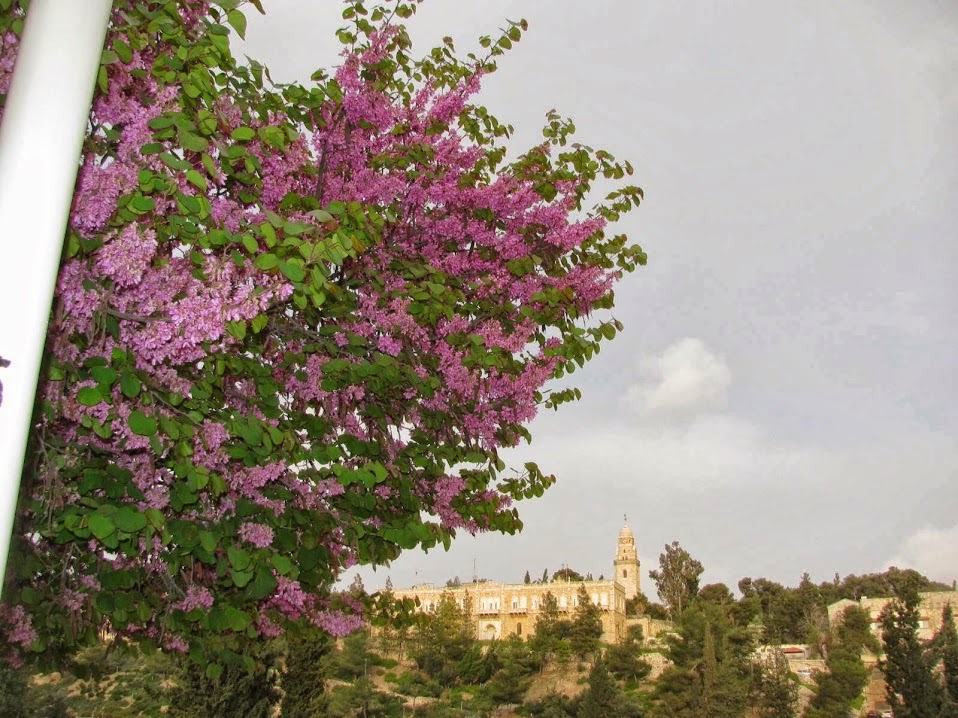 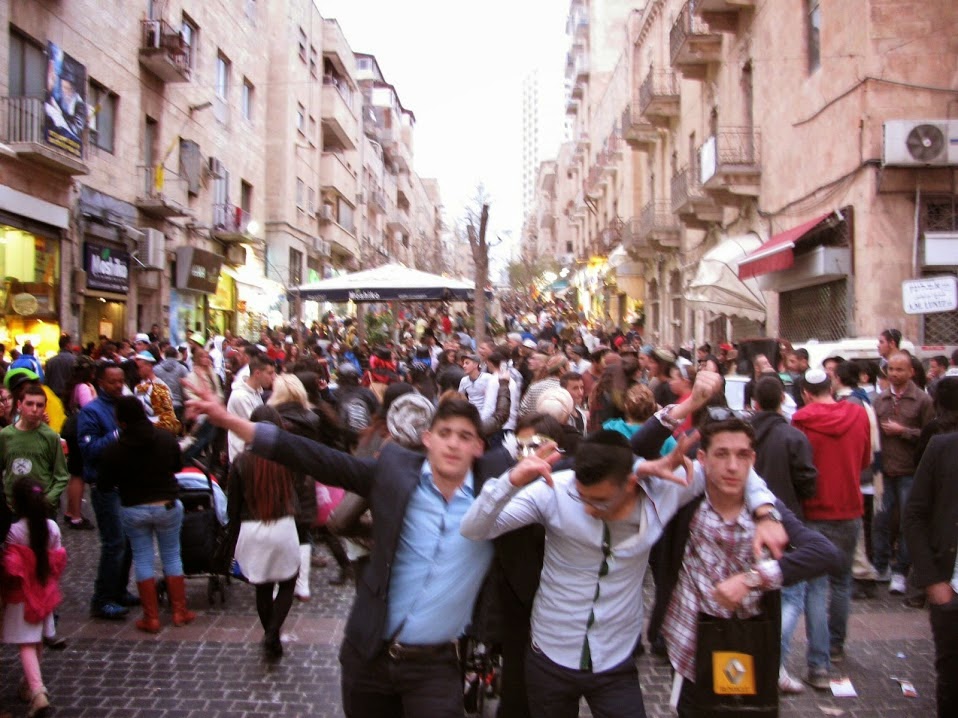 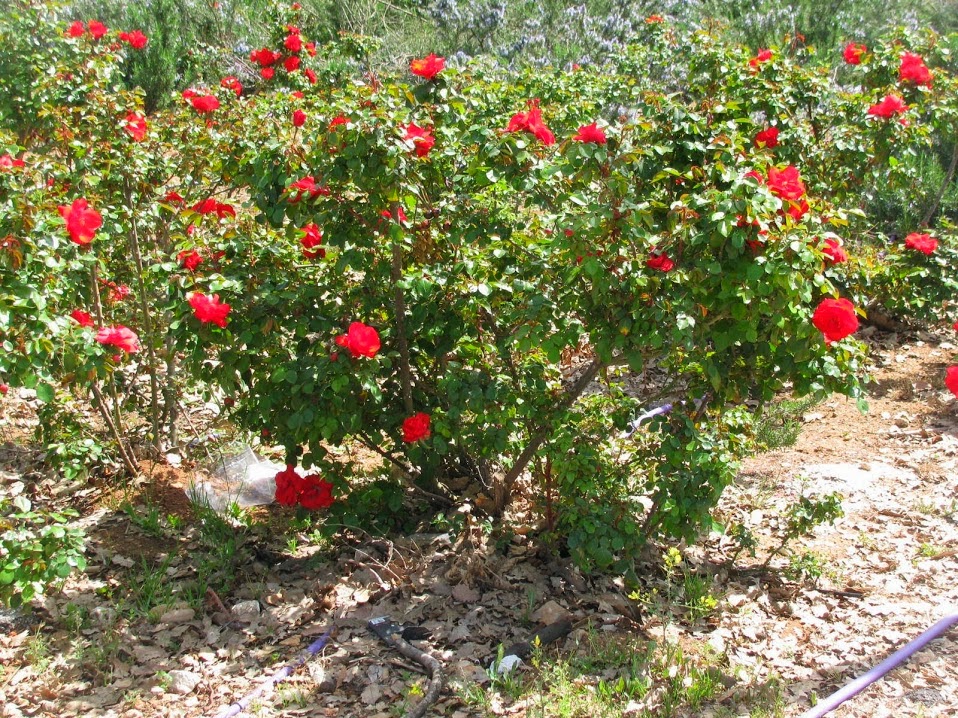 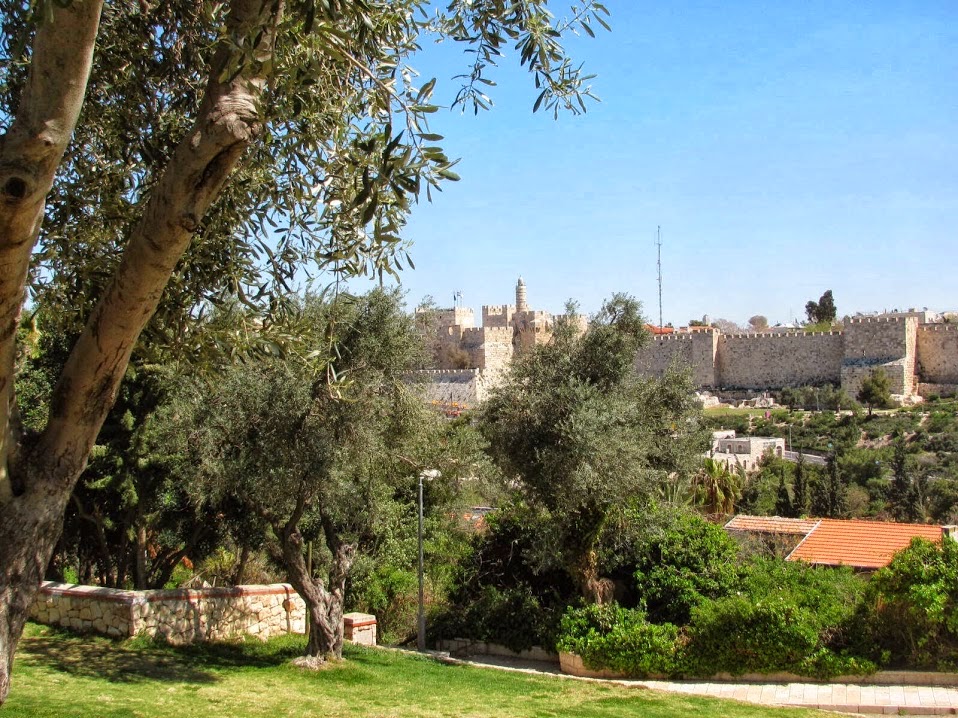 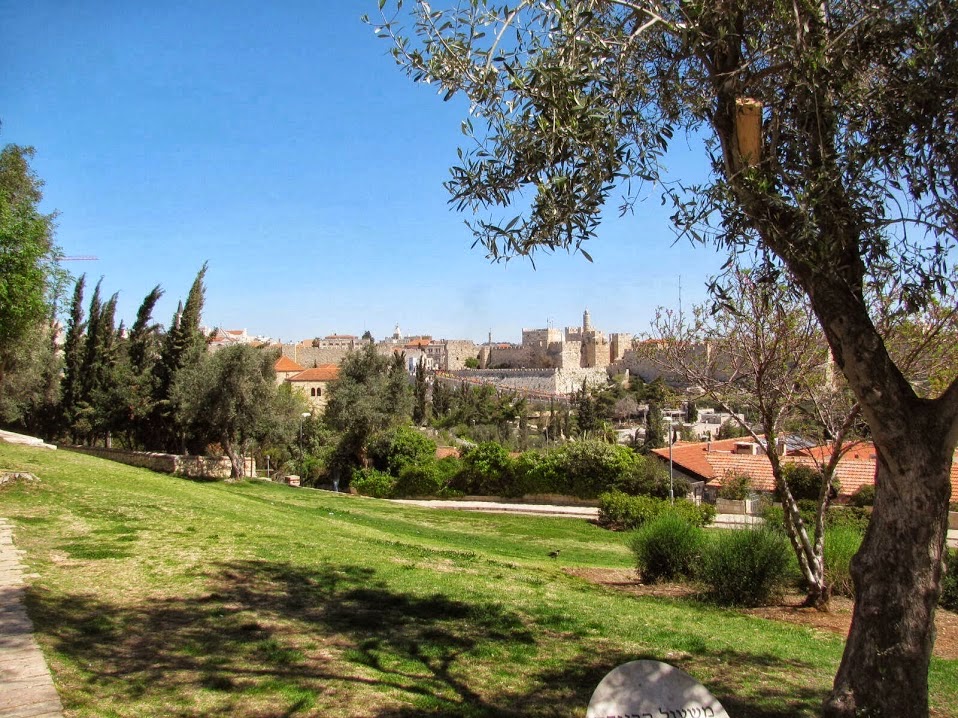 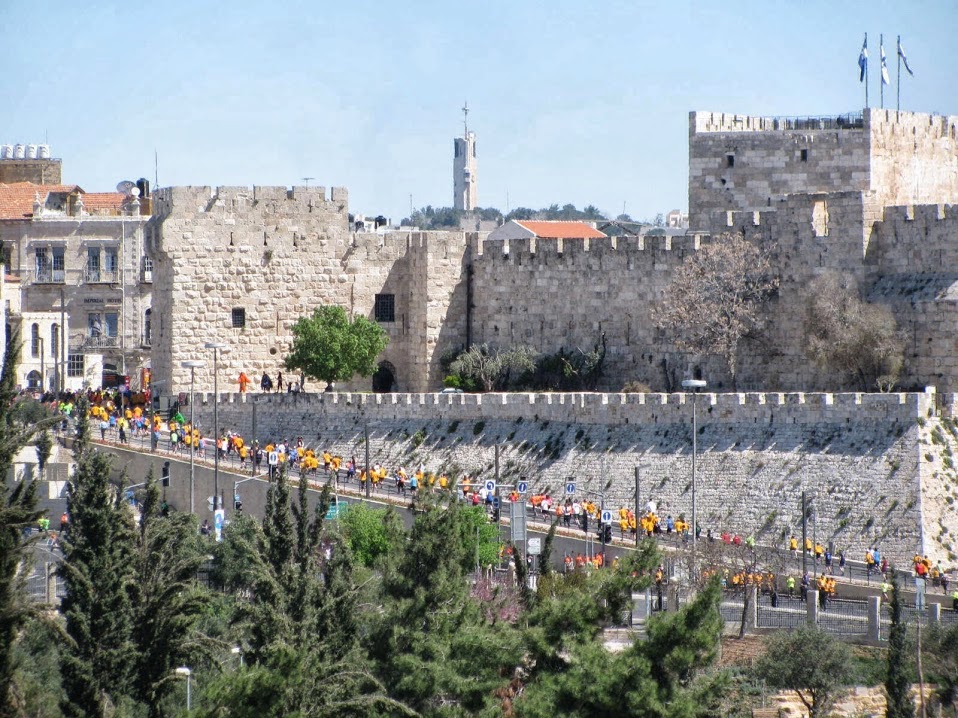 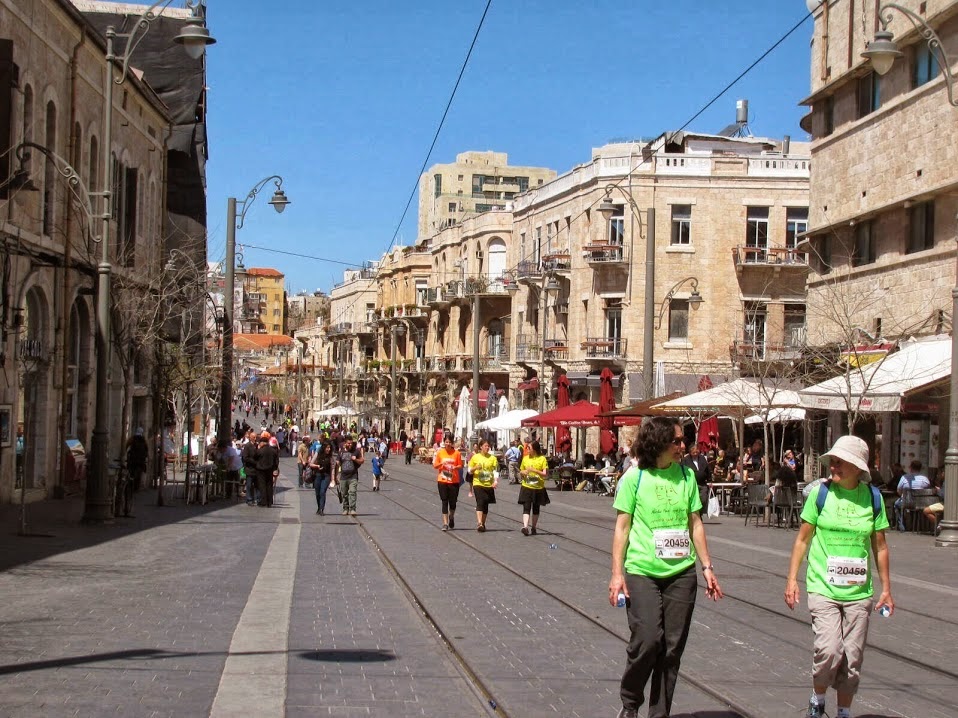 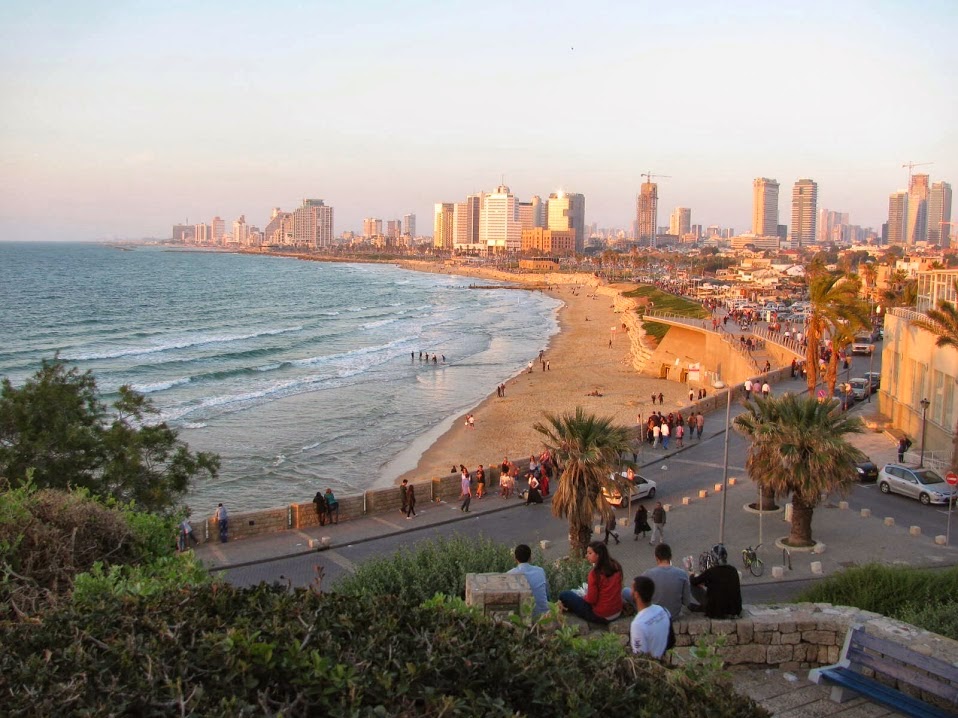 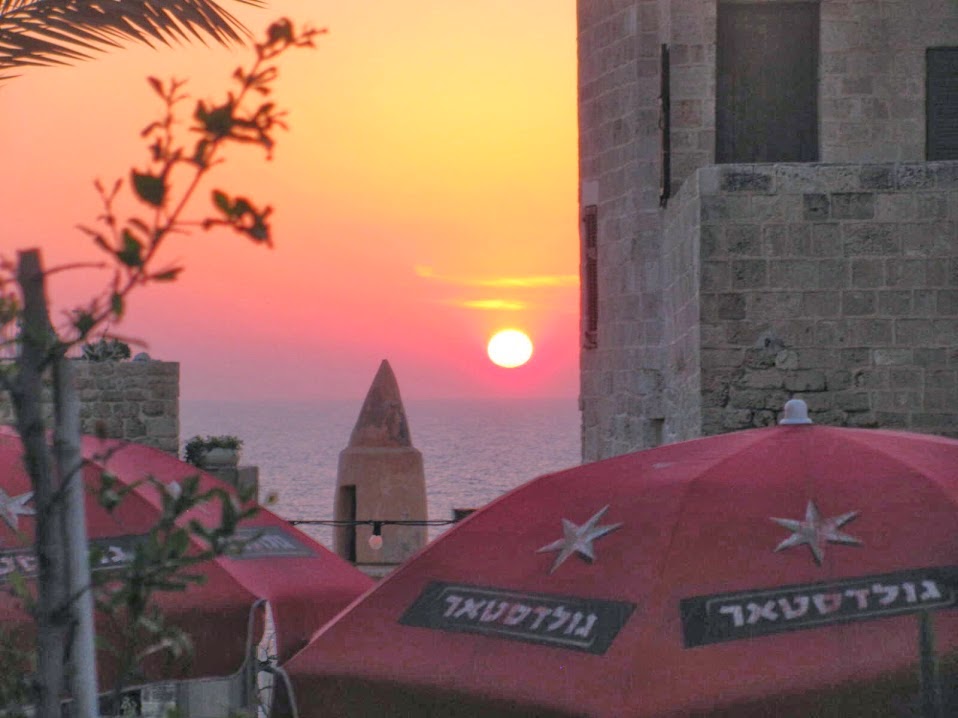 This week, Ha’aretz revealed that a new security system at Ben-Gurion International Airport seems to have suspended the invasive and humiliating security checks that have until now been routine for Palestinian and Israeli Arab travelers.

For the past two weeks, these passengers say, they have been treated exactly the same as Jewish passengers, instead of being subjected to interrogations, searches and delays.

The change is due to the installation of a new, automated system for checking passengers’ bags.

Since the system went into operation on March 9, the practice of selectively and publicly searching the contents of certain suitcases in the departure hall has ceased. Instead, after the routine security interrogation, all passengers are sent straight to the check-in counter, where their baggage is examined in the automated system.

So in other words, Israel is teaching the world how to profile in a manner that upholds both security and dignity.  Bravo!  Instead of profiling people, they are profiling their luggage, when the people aren’t there.  No wonder I was instructed at the airport last week to leave my luggage unlocked.

Part of me suspects that the automated system has four legs and barks, but even so, I did notice that my check in went much more smoothly last week - for a while.  As we neared the final security check, Mara and I were pulled aside and technologically frisked by a sophisticated brush-like instrument, inspected very carefully for residue of ... who knows what ... on our person, our shoes, and in our carry ons.  In effect, WE were profiled - after all, how many middle age Conservative rabbis from the US do they see?  Verrry suspicious.   We were asked lots of questions - thankfully I remembered my Bar Mitzvah date.

Did something on our passports give them pause?  I hadn’t been to any places hostile to Israel lately, save for a few college campuses, so maybe they suspected me  of being anOpen Hillel advocate from Vassar, where things have getting messy.  So I boldly asked the agent why we had been selected. He said it was just a random thing and sent us on our way.

Well, better to inconvenience me than a real terrorist, who might have had lots more items on his duty free shopping list.  No matter.  He can shop til he drops now.  Because behind the scenes his luggage is being profiled by Fido in the back room.

So some nice things happening in Israel right now. (You can read about the unisex bathroom in the Jewish Quarter that also gave me hope.)