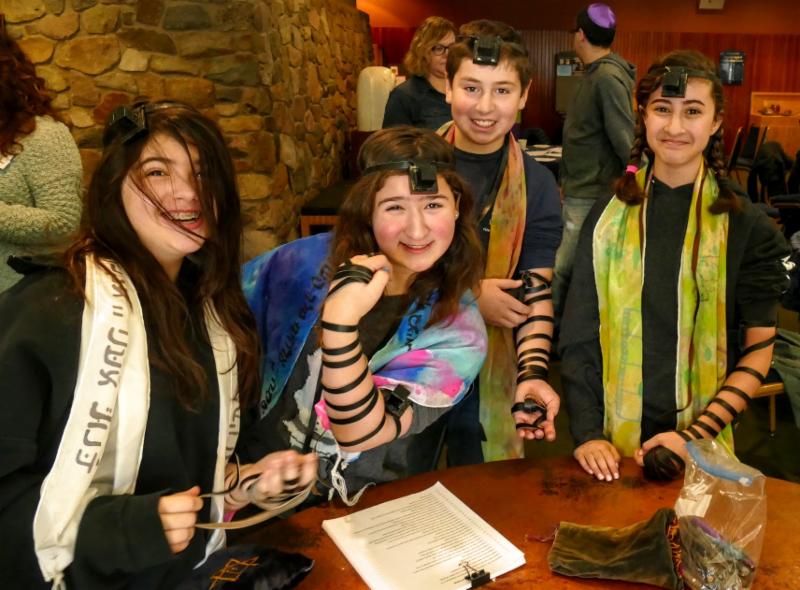 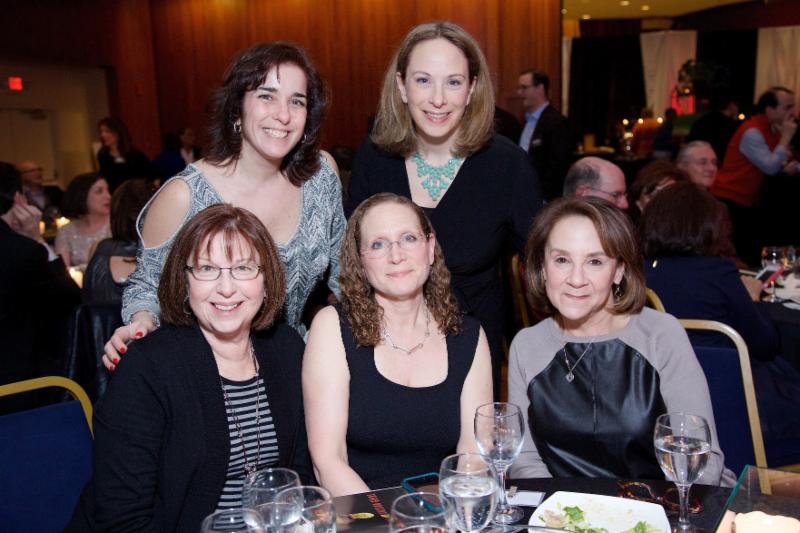 I hope you can join us at 7:30 tonight and tomorrow morning as well.  The month of Adar is a time of joy, doubly so this year because it is a Jewish leap year, and triply so because it is also a secular leap year.  It's such a rare alignment of the calendar, and throw in Presidents' and Valentine's Day, there's much to be joyous about this weekend, frigid temperatures notwithstanding.  Click here for this week's discussion packet on the portion Terumah and leap years, "Leaps of Faith, Gifts of Time."
George Washington Schlepped Here

Yes it's true. George Washington did stay overnight in Stamford, in late 1789, at Webb's Tavern on Bank Street.  He has recently been elected our first President, but it's not true that he came here on a fundraising expedition.  In another way, both Washington and Abraham Lincoln spent lots of time in Stamford - at least in the mind of Gutzon Borglum, the famed sculptor of Mount Rushmore.

Washington and Lincoln may not have frequented these parts too often, but their ideas are ingrained in us, in particular the need for unity.  Take a moment this weekend to look at Lincoln's famous "House Divided" speech.  It's interesting that he is not advocating unity at all costs.  Unity for its own sake can never be the ultimate goal.   What he is looking for is a nation united for a just cause, in this case the abolition of slavery.

Unity with a common purpose can bring people with diverse views together, though there are obvious limits.  One such purpose is mutual respect and pluralistic coexistence.

This week, Limmud NY once again comes to Stamford.  Read about it here.  New York Jewry, with all it's fabulous diversity, comes to Stamford to come together.  Nice. I'm glad to see that my welcoming article introducing them to Stamford is still on their website.

Down in Baltimore, Jewish teens from all across the country will be gathering in a very impressive BBYO Teen conference, and one of the presenters will be our ownSteph Hausman, who is an international BBYO officer and will be speaking on Sat. night.  Way to go, Steph! Read about the convention here.

Unity will be on display here in Stamford in a few weeks, when we gather for Shabbat Across Stamford, following last year's inaugural event.  We were the only community of our size to come together for a Shabbat in that fashion.  It's almost unheard of - and a model for pluralistic co-existence that has now found a parallel at in the plans for the Western Wall.  Yes, there will be separate traditional and progressive services at Shabbat Across Stamford, but they will be at the same place and we'll enjoy a fantastic Shabbat meal together, and then hear Ruth Messenger, a real modern day Jewish hero.  The event is filling up very quickly, so click here to sign up - and also to donate.  In order to succeed, we need lots more angels!

Finally, on Monday, February 22 at 7 pm at Stamford High School, our Interfaith Council is gathering the community for "Stronger Together: A Community in Solidarity," a response to the recent spate of Islamophobic and anti-refugee rhetoric we've endured as a country. We are proud of how we celebrate diversity in Stamford, and want to have an event that reflects our shared values.   Chris Shays will be the featured speaker.  See the flyer here.

Unity - but with a higher calling.  Something for us all to celebrate.

With  Valentine's Day this weekend, you might want to catch up on why I think it's not only OK for Jews to celebrate Valentine's Day, it fits perfectly into the Jewish calendar, especially this year, when we are also reading the portion Terumah, which literally means "gifts of love." In ancient times, the rabbis instituted two fast days in early Adar, and one of them, on the 9th of Adar, is all about conflict resolution - in other words, taking those gifts of the heart and directing them toward building a peaceful world.  Some are calling next Thursday, a "Jewish Day of Constructive Conflict."   What a perfect antidote to the violence infested society we live in! You can read more about it here.

The other obscure fast day set to occur this week is Adar 7, traditionally the yahrzeit of Moses (and also his birthday). Some say that the timing has to do with the fact that next week's portion, Tetzave, is the only one in the last four books of the Torah that does not include Moses' name.

Moses' yahrzeit is also considered a time when communities call attention to the important work done by the local burial society, the Hevra Kadisha.   Why?  The most common explanation: When Moses led the Exodus from Egypt, he carefully brought Joseph's bones out with them. Then in return for that act of kindness (which Jewish tradition considers to be among the greatest acts of kindness of all - a Chesed Shel Emet), tradition says that when Moses died at 120, God Him/Herself served as the Hevra Kadisha for him, preparing his body and burying Moses with love and care.

This Tuesday night, our local Hevra Kadisha will gather for its annual dinner.  I am proud of the ongoing support TBE lends to this community organization and of the several TBE members who are actively involved in this loving work.  "Love is as strong as death," says the Song of Songs, and for Jews, Valentine's Day extends beyond the grave.

And don't forget to check out our Jewish Heritage Tour to Central Europe!
Click here to go to the trip's website, see the itinerary and  and reserve online 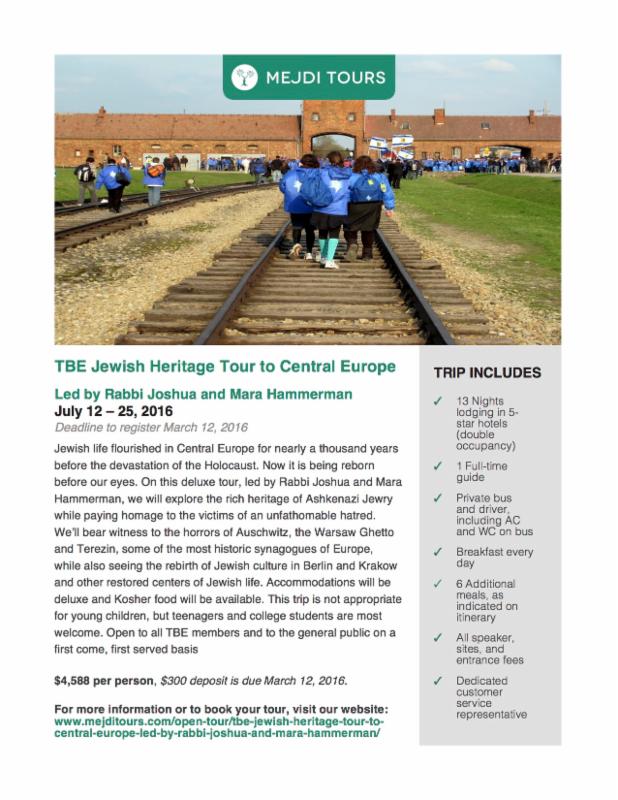 And finally, I walked into my office the other day and was greeted by a stunning collage of birthday cards from our Hebrew School students. 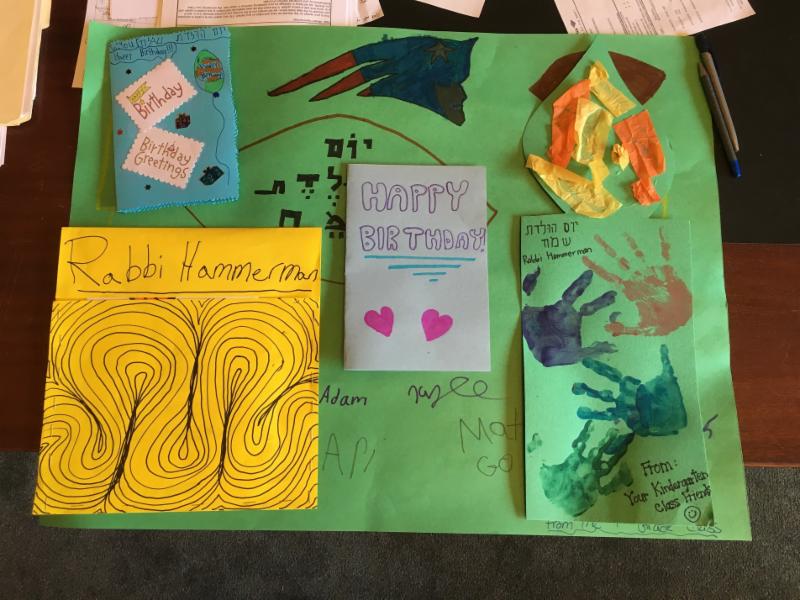 My thanks to all of them!  Have a great Presidents' Day weekend!