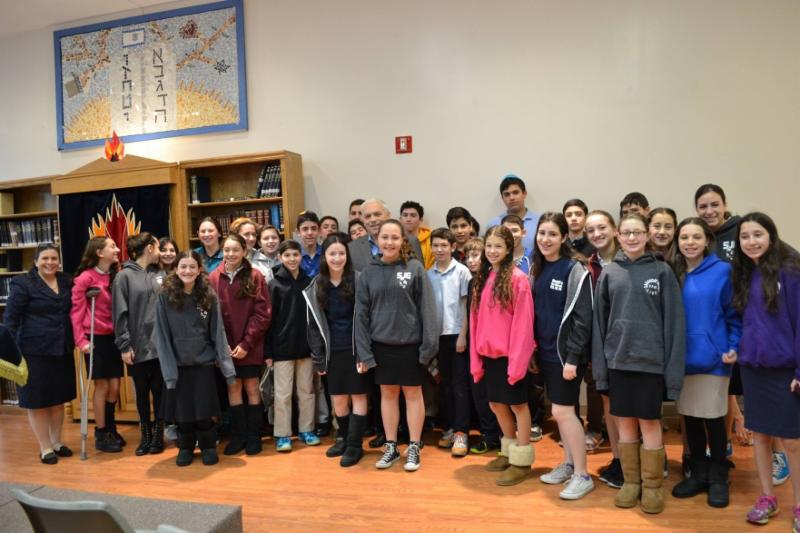 I had a fantastic time at BiCultural Day School this week, teaching the 7th and 8th grades about the Jewish Leap Year.  Thank you, BCDS!

Why name a Shabbat after Israeli Currency?

Rabbi Yitz Greenberg writes in, "The Jewish Way," "More than any other holiday, Shabbat reflects the changing moods and concerns of Clal Yisrael (the collectivity of Israel)....
In the weeks before Passover, four special Shabbat days prepare the community agenda:
Shabbat Shekalim (this week), the occasion to to give the annual gift to the national treasury for Temple sacrifices (see actual ancient half shekel coins in the photo above);
Shabbat Zachor (Remember), a reminder of the Amalekite genocidal assault on Israel and the ongoing dangers of anti-Semitism;
Shabbat Parah (Red Heifer), the declaration of the need to purify in preparation for the Paschal lamb sacrifice and the central national feast; and
Shabbat  Hachodesh (the Month), an announcement of the arrival of the month of Passover, the new year of liberation."

The fact that Shabbat Shekalim always comes at the time when we need to be reminded to get our own taxes in order is one way that I have tried to imbue even the secular calendar with the rhythms of Jewish sacred time. It also reminds me that the giving of taxes is in itself a sacred activity. Corny as it seems, I actually improvise a b'racha when I put my completed tax forms in the mail, realizing that this money is going to help people who are in need, and help this nation maintain its position moral leadership, not to mention the fact that some of this money also helps to preserve Israel's security.
Another Shabbat Across the Bow 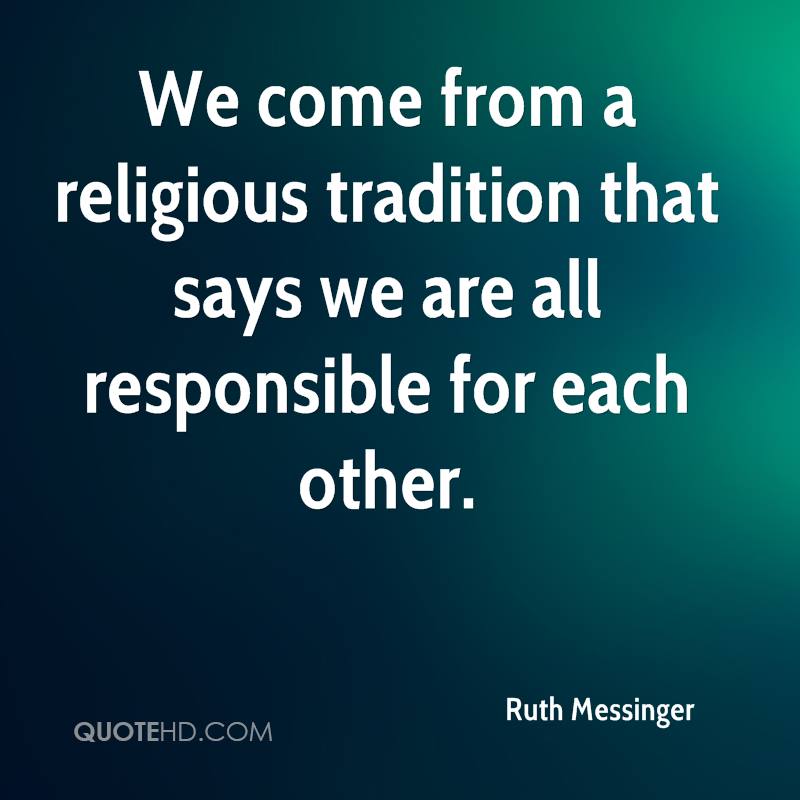 Shabbat Across Stamford is tonight - its 20th anniversary edition. Around 350 are expected from all over the community to eat, pray and love - and hear Ruth Messinger, our guest speaker.  I thank the UJF and Board of Rabbis for their leadership, and in particular Cantor Marcia Lane, who has brought it all together. Once again, like last year, we will be among the only communities in the country where everyone across the denominational spectrum will be coming together to celebrate Shabbat.  That's a big deal, as I wrote last year.

Rabbi Ephraim Buchwald, in writing to all the Shabbat Across America participating communities, said:
On behalf of NJOP, I would like to thank you and your synagogue/organization for joining with NJOP in celebrating the 20th annual Shabbat Across America and Canada. By partnering with NJOP, you will be joining tens of thousands of Jews in 590 locations - synagogues, Jewish centers, campus organizations, military bases, federations and JCCs - in 45 US states, 6 Canadian provinces, as well as in Israel and New Zealand. Additionally, many individuals will be celebrating at the "At Home" version of Shabbat Across America and Canada.  We would especially like to commend the leaders of two communities - Stamford, CT and Portland, ME - who have taken Shabbat Across America and Canada to the next level by organizing citywide CommUNITY Shabbat Across America and Canada events, bringing multiple local organizations together to celebrate Shabbat.
Yes we'll have separate Progressive and Orthodox services, modeling the kind of deal just made regarding the Western Wall, but that's OK.  It would be impossible at this stage to pray all together while respecting the integrity of each stream of Judaism. I encourage people to leave their comfort zone in trying out the services.  But regardless of where we pray, we can eat together!  And learn together. Our prime goal is to emphasize unity and mutual respect. That goal supersedes everything else, including even teaching how to "do" Shabbat. For this experiment to succeed, everyone needs to be equally comfortable -- which means, in fact, that everyone will be at least slightly uncomfortable.
But given the splits that have made Jewish unity a remote pipe dream, we feel it's important to remind ourselves that we remain, on some level, family. For us, Shabbat Across America will be a Shabbat Across the Bow, a heartfelt attempt to forge Jewish unity.  It's too late to sign up for dinner, but anyone can join us for services at 5:30 at the Crowne Plaza on Summer St.
Houston, We Have a Minyan!
A nice byproduct of today's technological revolution is that people from all over the world can share good ideas.  One of those good ideas is our explanatory service guides, which has been picked up by a congregation in Houston and has now been republished, with our permission, for their morning minyan. See it here.


Downton's Dying Day
For Downton Abbey fans like me, this weekend will be bittersweet, with the American broadcast of the series' final episode.  As I wrote following season three,
the entitled world of the British aristocracy relied on the presupposition that the world was orderly and everything made sense.  But it was not able to withstand the tumultuous and rapid pace of change that the 20th century brought, along with the mass slaughter of a world war and other unforeseen challenges.
Judaism too posits a world borne of eternal logic, one that should make sense, even when it seems like the opposite is true.  But Judaism has built in safeguards that have enabled us to "go with the flow" for many centuries, even when things have seemed darkest.

Now, in contrast to the dignified orderliness of Downton, this weekend also brings the unmitigated chaos of a new season of "House of Cards."  And nothing fictional can compare to the grotesque reality of the current climate of American politics.  It all makes us long for quaintness of Downton, even at its most tragic.  Even for those of us who could never imagine being tied to such an estate, whether upstairs or downstairs, watching this show was in some ways a way of going home again.

For, as the Crawleys leave their ancestral home for the last time (as I assume they will do), their journey will be no different from Tevya's flight from Anatevka, minus the Cossacks and the Czarist decree.  Or Charles' departure recorded in Evelyn Waugh's "Brideshead Revisited," when he says:

As I drove away and turned back in the car to take what promised to be my last view of the house, I felt that I was leaving part of myself behind, and that wherever I went afterwards I should feel the lack of it, and search for it hopelessly, as ghosts are said to do, frequenting the spots where they buried material treasures without which they cannot pay their way to the nether world.

"I shall never go back," I said to myself.

Every departure, every ending, means leaving part of oneself behind.  Tevya can now revisit the place where Anatevka stood (he can join our trip this summer if he wants), but he will never find that home again, at least as it was.  Neither will Lady Mary.

But Jews are used to that.  We are habitual home-leavers.  We never settle. Therefore we can always go home again.  Because home is...wherever we happen to be at this moment.

Home is here.
Go tell, Rwanda
Jamie Maxner, who grew up here (and sister of Jodi Maxner), has been traveling in Africa this year.  She and her fiance Andrew have documented their experiences working with teens in Rwanda in their travel blog.  Andrew writes:
The last two weeks have been transformative. The love that this place radiates can melt away the cynicism off of the most hardened New Yorker's heart. The teens are hungry for knowledge and love, and the village supplies both. Every day Jamie and I witness what a community of teens look like when being sincere, not aloof, is the default cool. Every day we are blown away by something one or more of the kids says or does.

Many people wonder why it is that so many Jews take their idealism to the four corners of the world, to help total strangers.  Because loving the stranger is what Jews do.  The great accomplishment of Ruth Messinger, our Shabbat-Across-America guest tonight, and of the American Jewish World Service has been to provide an outlet for Jews to do what should come so naturally to all of us. 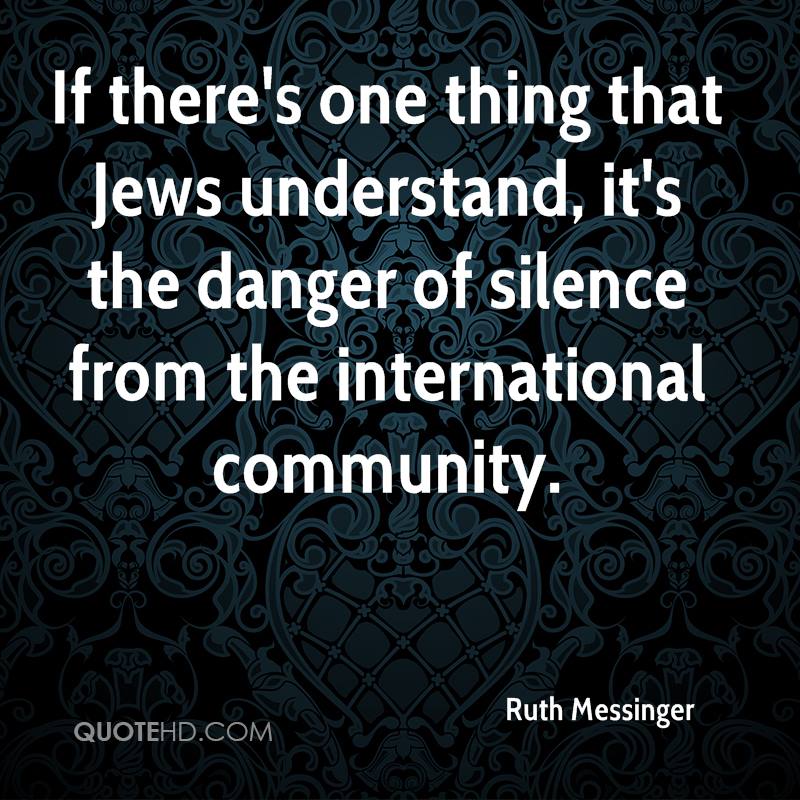 Young Couples Group
The TBE Young Couples group (with or without kids) is alive and well.  For now they are having once a month Shabbat Dinners the 3rd Friday of every month at 7:00 p.m.  The location is either in Norwalk or Stamford depending on who offers to host that month.  This month it will be on March 18th. Details to follow in an email (if you are on the email list).  Get to meet some new people, eat some good food (we can accommodate if any food restrictions/vegetarian, etc.), and have some fun.  The group hopes to have some other events in the Spring and Summer as well.  Contact Jamie Morvitz and Matt Miller to RSVP at jamiemorvitz87@gmail.com or if you would like to be on the email list for event and/or if you have any ideas for events.
A Journey of Renewal to the Land of Sparks and Ashes
Finally join us at 7:30 on Tuesday, March 8th, when we will have our 30thanniversary showing of "Spark Among the Ashes," recalling the Bar Mitzvah of Eric Strom in Poland, the first by a Jew since the Holocaust.  The program is open to everyone.
Next week is the deadline for deposits for our Central Europe trip!!!  CLICK HERE FOR THE ITINERARY AND DETAILS!!!
Posted by Joshua Hammerman