Mazal Tov to Jeffrey Trell on his daughter, Hailey, becoming a Bat Mitzvah.  Todah Rabah to Jeffrey for sponsoring the Oneg and Kiddush in honor of Hailey.

The brilliant colors of fall...like life itself, so fleeting - which is why we spend this week of Sukkot in deep appreciation, as the seasons change before our eyes. Below are some photos as we celebrated Sukkot at TBE - and unloaded 600 bags of  food at Person to Person. See our TBE fall album, with lots of photos from the past several weeks and c'mon over to the 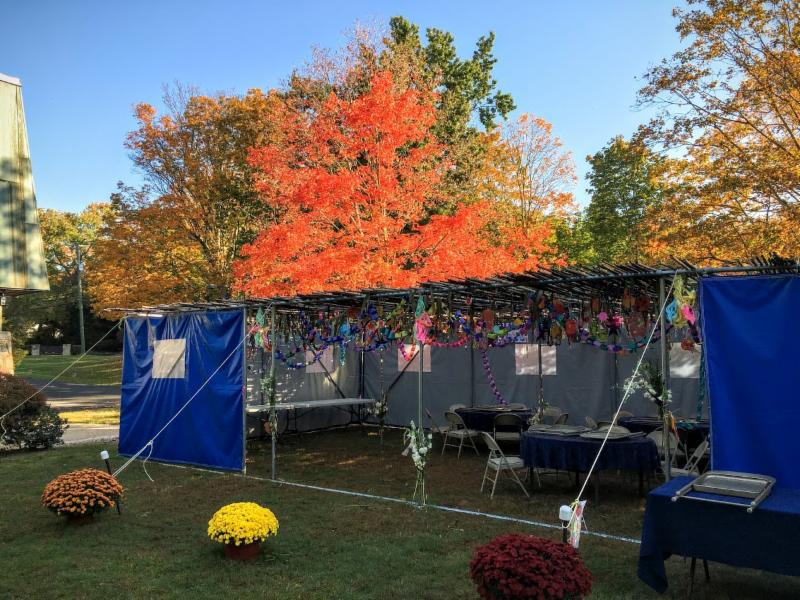 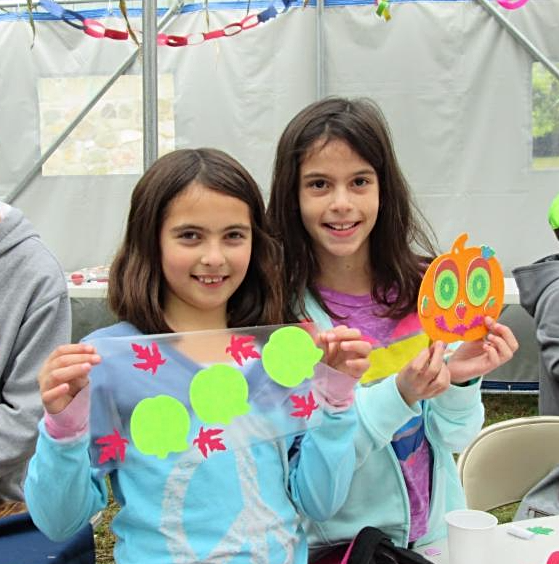 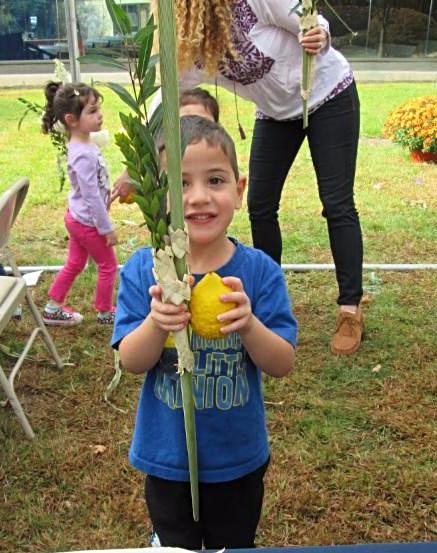 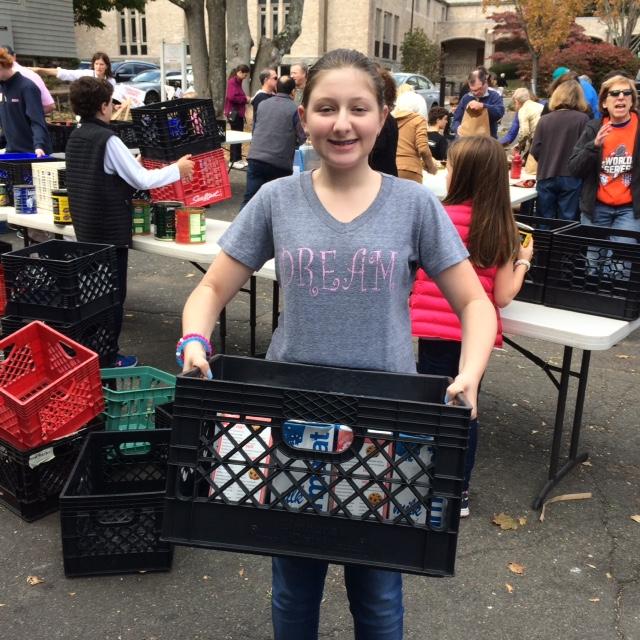 Join us for Simhat Torah on Monday night at 6:30 as we honor Richard Heimler as our Hatan Torah. (Services also on Mon and Tues AM at 9:30)

Join us for the Hoffman Lecture next Thursday at 7:30

Last weekend was also the premiere of Sha-ba-bim-bam -
and it was spectacular! Parents and tots to 5 (and siblings) - don't miss our next one, on Sat. Oct 29 at 11 AM!

What a spectacular Sukkot we have, weather-wise, until today, with warm temperatures and dry days combined with mid-fall New England foliage and an enormous harvest moon.  Things have now gone downhill, but a temperature drop was inevitable and we need the rain (and actually pray for it on this festival), so there's a beauty to that too.  On Shabbat morning of Sukkot we read the Book of Ecclesiastes (see chapter summaries here), which speaks of the fragility of the balance of nature and the seasons.  Incredibly, environmental matters were hardly discussed in the recent presidential debates.  On Shabbat morning we will be drawing the connection between Sukkot and the environment.  Preview the study packet here.

Meanwhile, this Shabbat we will also be celebrating as Hailey Trell, scion of a rare sixth generation TBE family, becomes Bat Mitzvah on our bima.  (I've just always wanted to use the term "scion" in relation to bar/bat mitzvah!).  Mazal tov to the family!

ADL Report
Most of you know that I've rarely subscribed to the "Oy Vey" school of Jewish identity, and fortunately anti-Semitism has somewhat subsided over the past few decades.  Still there are alarming signs, and this week the ADL released a new report detailing the targeting of Jewish journalists during the 2016 presidential campaign.  I heard the ADL's Kenneth Jacobson speak about it last night in Greenwich and the trends are alarming. Read the the report and see the horrific memes that have been sent to threaten Jewish journalists.  It is clear that segments of the alt-right have been behind this, on behalf of Donald Trump, though there is no evidence of the candidates specific authorization of this activity.  We can only hope that once the election is over this wave will subside.

Do Not Separate from the Community
At services on Tuesday, we looked at a new discussion packet prepared by Sh'ma on the topic of community.  Click here for the pdf.  Judaism has always emphasized the need to remain associated with the community at all costs.  At a time when civil discourse has become so severely strained, it is easy simply to opt out.  This packet is well worth the read, especially for millennials who are fed up with the tenor of debate, both in Washington and within their Jewish communities. 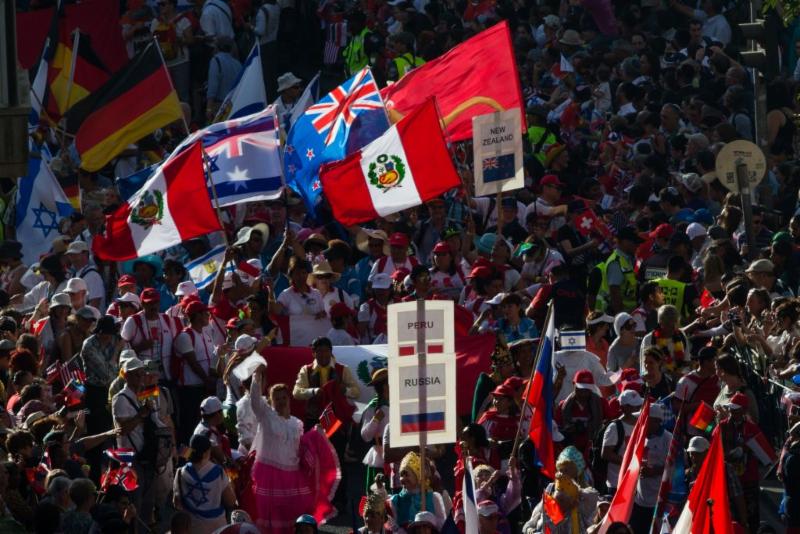 Representatives from 70 nations on parade in Jerusalem this week

There has been justified consternation over the recent action of UNESCO that seemed to undermine Jewish historical claims to the Temple Mount and Western Wall in Jerusalem.  It's the equivalent of saying that the Battle of Concord and Lexington never happened and that Plymouth Rock is made of paper-maché.  To add to the sheer chutzpah of this action, the archaeological evidence as to the location of the first and especially the second temple is overwhelming, and these places are discussed in great detail in the very same Bible that is holy to multiple faith traditions.

A number of our tour groups to Israel have participated in one of the key projects in documenting the ancient Temple's existence.  It's called the Temple Mount Sifting Project, and if you check their blog, you will see that participants have uncovered fragments of stone vessels, approximately 5,000 ancient coins, various pieces of jewelry, a rich assortment of beads, terracotta figurines, arrowheads and other weaponry, weights, items of clothing, game pieces and dice, bone and shell inlays, furniture decorations, ornaments, bone tools, etc.   I've included here some photos of our groups' participation. 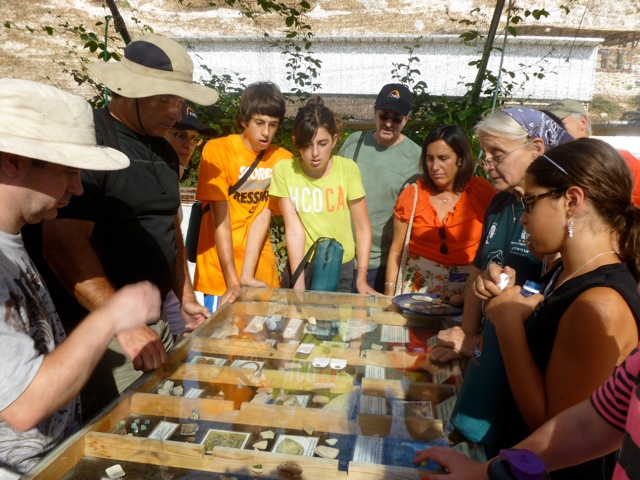 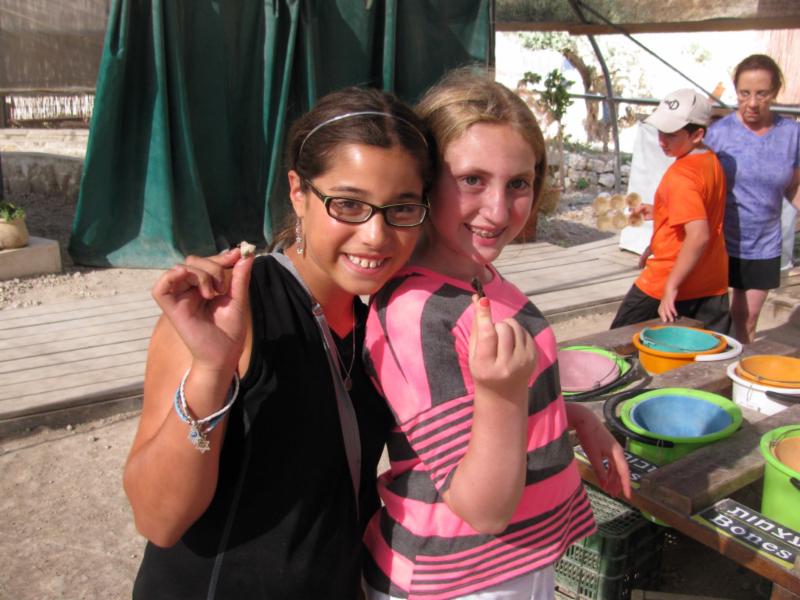 In fact, the last chapter has not been written on this subject. The consternation has been shared by many non Jewish leaders, including those within UNESCO itself, other votes are looming, and this vote actually represented not a setback but a step forward when compared to prior votes. Far fewer nations supporting this measure than previously.  The Mexicans, Czechs and Brazilians have all spoken out against the decision.

In Numbers 29, we read of the sacrifices brought on this festival of Sukkot.  This festival was THE big pilgrimage festival in the days of the Second Temple.  One of its names is "He-hag," "THE holiday."  This was the one time of year when Jerusalem was clogged with tourists, as it is again this week.

Among the offerings brought back then were a total of 70 bulls, which the Talmud (Sukka 55b) equates to the 70 nations of the ancient world, an idea that comes from Genesis 10, where seventy nations are mentioned.  The commentators deduced from this that Jews offered sacrifices on behalf of all other nations on Sukkot.  It makes sense, since this is a time when we pray for blessings that are needed by all peoples, including ample life-replenishing rain.  We're trying to help our neighbors out too.

The rabbis suggested (in Bamidbar Rabbah), "If the nations of the world had only known how much they needed the Temple, they would have surrounded it with armed fortresses to protect it."

One could say the same about UNESCO today.  For in fact there can be no peace in Jerusalem - or in the rest of the world - unless those who claim the role of peacemaker can acknowledge multiple narratives.  Israel has done that, which is why great deference was given to the Muslim religious authorities when the Temple Mount was taken in 1967.  There are Israelis who deny Palestinians their national identity, and they are subject to criticism, especially on the left.  But, as left leaning pundit Peter Beinart writes in today's Ha'aretz, we should be just as outraged when Palestinians campaign to deny Jewish identity, which is what has happened at UNESCO. To deny our history in Jerusalem is to deny the legitimacy of Israel itself - which is exactly what they are trying to do.

On Sukkot, it was clear to our ancestors that there was an interdependence between them and the rest of the world, that Jews could not live in isolation.  We all live on the same planet.  This week in Jerusalem, 70 nations marched in solidarity with Israel (see photo above), a modern custom that returns the favor of the 70 bulls and solidifies the interconnection between Israel and the world. But we need to go further and reach out to other nations who might still not understand that the Jewish presence at this holy site is both proven and beneficial.  This can be a moment to reach out.

Maybe the UNESCO fiasco marks an opportunity to shift - as we continue to sift - the sands a bit on this ancient argument.  Maybe, in recollection of the sacrificial offerings brought on behalf of our neighbors, we can recall our ties to the 70 nations and begin to put an end to the "bull" that remains so pervasive - and replace diplomatic posturing with confidence building measures on all sides.

In my Yom Kippur sermon, I said the following about Elie Wiesel, of blessed memory:

Wiesel was not the very last Holocaust survivor to die.  But in fact, his death was the end of an era - he was our Survivor in Chief, representing all the witnesses.  He was our prophet, and the prophet's voice has now been silenced.

But he charged us with the responsibility of being witnesses in his stead.  That is why our congregational trip next summer to Eastern Europe is so important.  This is not merely a tour of places like Warsaw, Cracow, Budapest, Prague and Berlin - although we'll have lots of opportunity to enjoy these glorious cities.  But make no mistake, this is a pilgrimage, to places where Jewish civilization thrived for a thousand years, and a place called Auschwitz, where it nearly died in a thousand days.  (See the trip's itinerary here)

Auschwitz was the epicenter of it all.  It is a place where all civilized human beings must go, to remember, and pray, and to take upon ourselves the mantle of witness, to pick up the gauntlet from Wiesel.  It is not a burden, but an honor to respond to that sacred calling.

With the last survivors leaving the scene and the veracity of the Holocaust continually under attack (as demonstrated in the current film, "Denial,") now is the time for us to make this pilgrimage as a community.  While everyone should go, it's especially important for Jews of the younger generation - people in their 20s, 30s and 40s - or even teens.

See the flyer for our trip below, and note the early bird offer that expires at the end of October.  Speak with your friends, neighbors (including non Jewish ones) and grown children.  Go to the trip's website and sign up.

Also please save the date of Wed., November 30, when the group will gather for an informational session at the home of Sari and Alan Jaffe.  If you have any questions about the trip, feel free to contact me.