Scenes from a marriage... 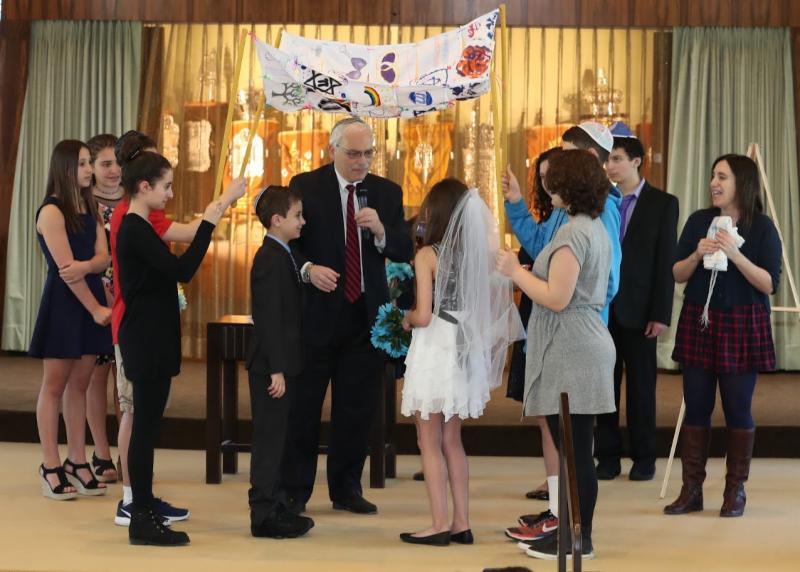 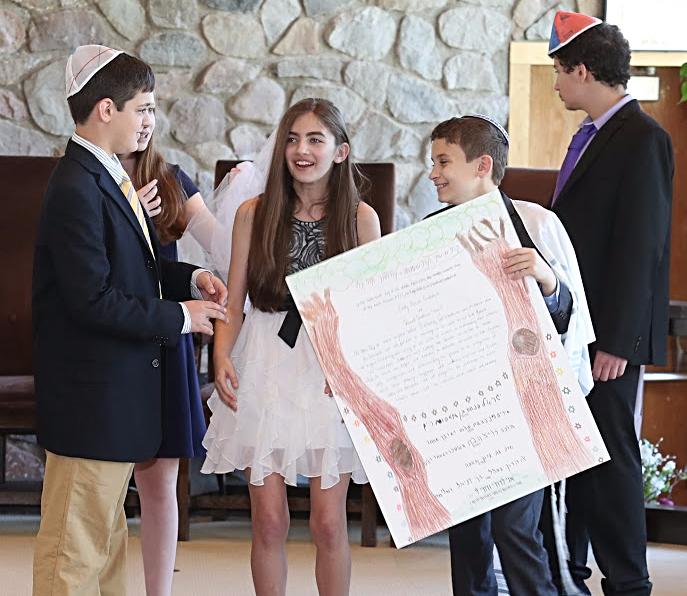 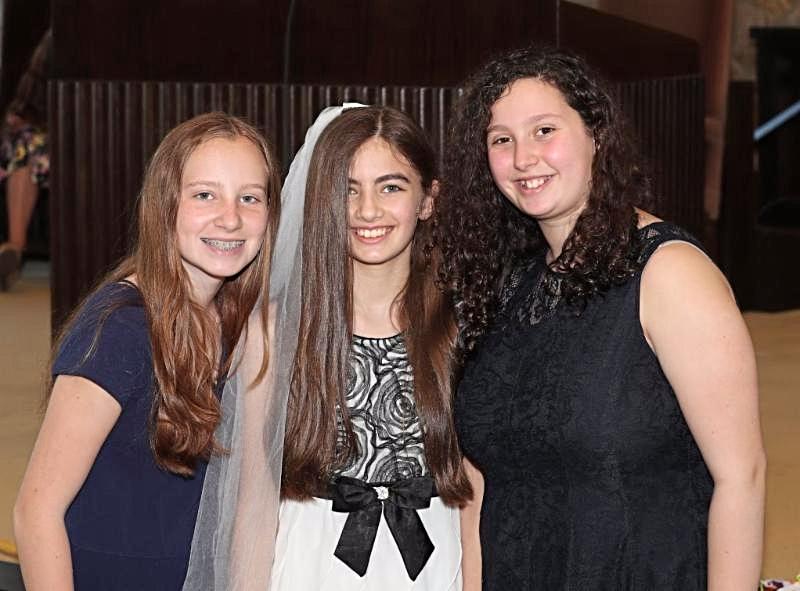 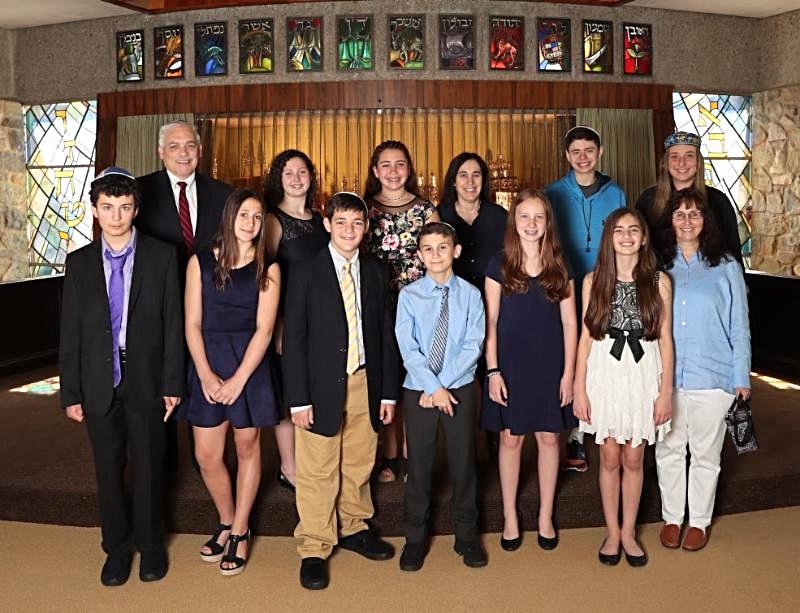 Yasher koach to all who will be participating in this weekend's Sisterhood Shabbat service, which I'll unfortunately be missing because of a family bat mitzvah.  Also to our men's club for last week's Holocaust Yellow Candle campaign and blood drive.  The drive yield 41total blood Donations. Six over our goal.  Each unit can save up to 3 lives, so 123 potential lives were saved last Sunday by our congregation.  What better way to respond to the Holocaust than to save lives.

Special mazal tovs this week to Rick Redniss, who will be given the prestigious and well deserved Stamford Citizen of the Year award on Wednesday,  Meira Rosenberg, on the publication of her new children's novel, "Indiana Bamboo," and Jaffa Gross, whose work is featured in an exhibit at the Carriage Barn Art Center in Waveny Park, New Canaan. The exhibit will run Wednesdays- Saturdays 10am-3pm, and Sundays 1-5pm, till May 21st.  And mazal tov also to Leon Shapiro, appointed as the interim CEO at the JCC.

A Busy Sunday
This Sunday, I'll be spending the day with TBE 7th and 8th graders in Manhattan, visiting the Tenement Museum and learning what life was like a century ago on the Lower East Side.  At the same time, we will be hosting here a cocktail brunch for the Jewish High School of Connecticut, a pluralistic school located in Stamford that has grown dramatically over the past year.  We at TBE are proud to partner with the school in offering to our teens a model of educational excellence accompanied by religious openness.  The guest speaker will be Bret Stephens, the New York Times' latest new voice from the right (and a former Hoffman lecturer here).  Walk ins are welcome.

And for your Sunday TV viewing pleasure, this: A few weeks ago, a number of you were at services when we learned about the Abaarso school in Somaliland, as we heard from two magnificent and articulate exchange students now studying at Choate and wondering when they will able to go home without fear of not being allowed back into this country.  The school will be featured on "60 Minutes" this Sunday on CBS, with the story reported by Anderson Cooper.

We'll be celebrating Israel's birthday in a number of ways here over the coming days, including our service this evening, (where I will be joined by Katie Kaplan) and next Friday night's Mediterranean Shabbat service, featuring Cantor Fishman and a host of guest musicians, preceded a pre-service concert with Israeli food at 6:45.  TBE will also be a presence at the JCC's community Yom Haatzmaut celebration on Tuesday afternoon.

According to Israel's Bureau of Statistics, Israel's population stands at 8,680,000 and is increasing at nearly two percent, as it reaches its sixty ninth birthday next Monday night.  Back in 1948, the global Jewish population was 11.5 million, and just 6% were in Israel.  There are now estimated to be 14.4 million Jewish people in the world and 43% of them are in the Jewish state.

Below are some Israel-related things you can do this week to mark the 69th.

So let's get this party started.  Of course, before the celebrating, there is the remembering.  Below is a video of a meaningful song sung at Israel's official Yom Hashoah program last week in Jerusalem.  Sung by one of Israel's most popular singers, it is equally applicable to Yom Hazikaron.

Because all of us, yes all of us
area all one living human tissue
and if one of us
goes from us
something dies in us -
and something, stays with him

So now, let's celebrate in all kinds of ways! 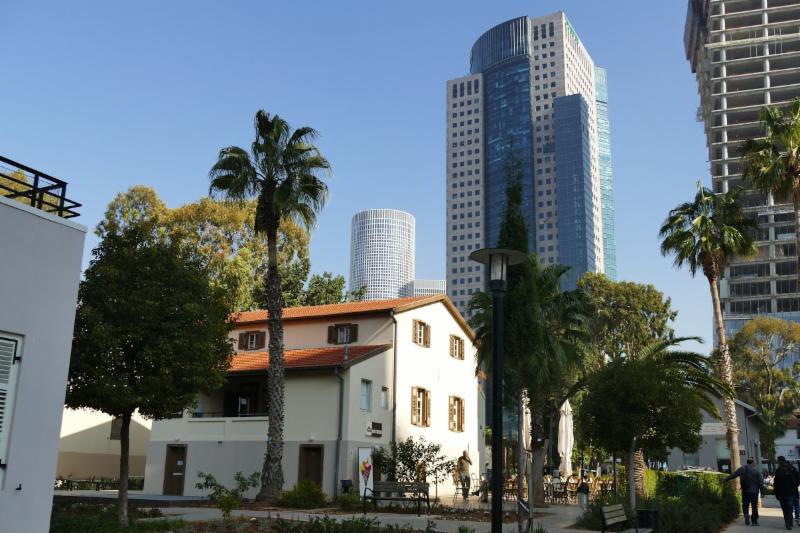 Find out why Tel Aviv is the world's seventh greenest city 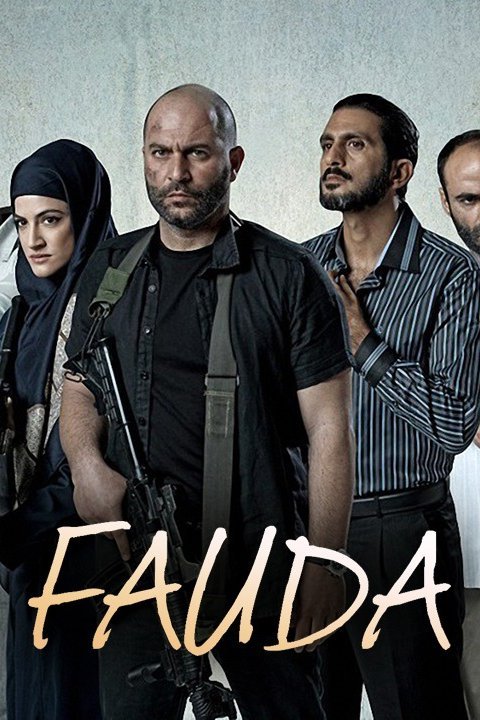 History buffs should bookmark the Israel Documentary Channel on YouTube, where you'll find dozens of classic documentary videos, including...

..."Pillar of Fire," the famous film documentary of the birth of Israel.  Above is the final installment of the series, detailing the fateful events of May 1948

Theodore Herzl's seminal classic, "The Jewish State" Read the entire book here. He writes:
Therefore I believe that a wondrous generation of Jews will spring into existence. The Maccabeans will rise again.
Let me repeat once more my opening words: The Jews who wish for a State will have it. We shall live at last as free men on our own soil, and die peacefully in our own homes.
The world will be freed by our liberty, enriched by our wealth, magnified by our greatness.
And whatever we attempt there to accomplish for our own welfare, will react powerfully and beneficially for the good of humanity. " 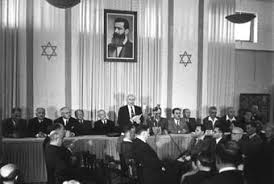 Read Israel's Declaration of Independence and an excerpt from Ahad Ha'am's classic essay from 1889, "This is not the way."  Ahad Ha'am's unique contribution was to emphasize the importance of reviving Hebrew and Jewish culture both in Palestine and in the Diaspora, and this was recognized only belatedly and became part of the Zionist program after 1898. Theodore Herzl did not have much use for Hebrew, and many wanted German to be the language of the Jewish state. 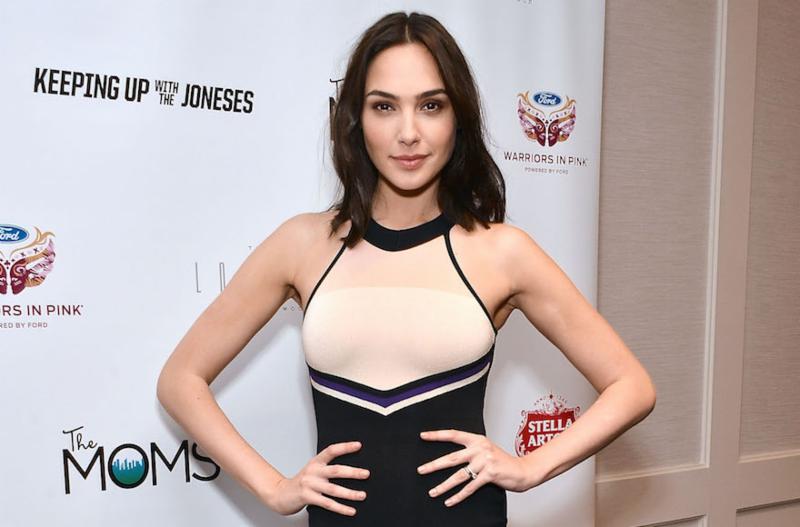 Check out seven incredible new things the world can thank Israel for:
including a weed inhaler, a self driving car...and Gal Gadot

On a more serious, reflective side, read this poem by Yehuda Amichai and hear the commentary on it above by the dean of Hebrew College's Rabbinical School.  As we approach the 50th anniversary of the Six Day War, we need to reflect on the deeper meaning of this event.  See also this illuminating source material on Jerusalem from the collection "Yovel" (Jubilee) published by "Truah: A Rabbinic Call for Human Rights

In the sky of the Old City
A kite.
At the other end of the string,
A child
I can't see
Because of the wall.

Whatever you do to celebrate Israel this week, make sure to take the long view in order to fully appreciate what Israel means to the Jewish people and the world.

Israel: The Jewish Magnum Opus
It is very easy to get cynical about Israel's 69th birthday.  I share in some of the disappointment that has become pervasive among a large percentage of American Jews.  So this message is especially for those of us who live here in America:

Yes, there are questions about human rights and an unsustainable occupation that has somehow sustained itself for fifty years.  Yes, the drivers are annoying and the Western Wall no longer feels welcoming to many of us. Yes, it seems like Israeli and American leaders have done everything possible to destroy the precious bipartisan balance that has sustained the US-Israel relationship.  But don't let that cloud the big picture.  And Jewish history is a very big picture to look at.

Israel is, without doubt, the Jewish people's magnum opus, our most impactful creation since the Talmud.  Its bold establishment, announced in the most precarious circumstances on May 14, 1894, was the most radical act of disruptive innovation in Jewish history since Sinai, one that changed irrevocably the course of world history.

When you think about it, the past millennium hasn't been our best.  Sure, we've had moments of greatness, like the Golden Age in Spain, and we've had great minds and spiritual giants like Rashi, Maimonides and the Baal Shem Tov.  We've not lacked in brilliant creations, such as the Shulchan Aruch the Kol Nidre melody and Mel Brooks' "Two Thousand Year Old Man."  But in comparison to the two prior millennia, we've underachieved.

Granted, we've also faced obstacles that at times appeared insurmountable.  For one, there was the ongoing exile.  Although we were stateless for virtually all of the previous thousand years too, the antipathy toward Jews didn't run as deep and wasn't as universal back then.   And the great calamities of bygone eras, the repeated sacking of the Temples followed by expulsion, cannot compare to our generation's greatest trauma, the Holocaust.  If we excelled at anything over the past thousand years, it was survival.  Our flame was extinguished and subsequently re-ignited so many times we appear to have become extinction proof.

But we also became tired.  Maybe it was because survival is an exhausting exercise.  Maybe the Sinaitic mythos just hit middle age.  It is hard for old visions to flourish in an atmosphere of constant oppression, and even harder to dream new ones.  So there was no creation that could come close to the magnitude of the Babylonian Talmud, no vast corpus of Midrash with staying power, and nothing remotely approaching the greatness of the Bible.  The most enduring Jewish creations of the past thousand years were mere byproducts of the previous two.   Where the Mishnah and Talmud were entirely new and creative texts in the guise of commentaries, Rashi's and much of Maimonides' work was far more dependent on the work of previous masters.  Where the Bible was dynamic and revolutionary, the creations of our era, however beautiful, seem like "I Love Lucy" reruns in comparison, whose beauty lies in their ability to evoke faint and distant echoes of more potent times.   The originality is lacking, and those works that were most original a few centuries ago now appear dusty and dated, like all those marvelous medieval liturgical poems now seen by most simply as the culprits that prolong our High Holidays services.  Nothing created by the Jewish people over the past thousand years appears to have had staying power.

It seems to me that when people are looking back at the Jewish contribution to civilization a thousand years from now, they will speak of Einstein, Freud and Marx and their impact on the world at large.  But our descendants will point toward Israel as our generation's most original, revolutionary creation.  Israel will be our book of Psalms and our Job, our magnum opus.

That's why Israel matters, no matter where we live.  That's why things like elections matter, and religious freedom and planting trees and ensuring equal rights for women and minorities-in Israel. That's why free speech matters, and that people who disagree with a government policy shouldn't be detained at the airport. These things matter to Diaspora Jews.  And if they don't, they should.  And it should matter to Israelis that it matters to Diaspora Jews.

For American Jews, America is our home. But Israel is our canvas.  The former is where we live our lives.  The latter is where our lives will have mattered - or not - a millennium from now.  Whether or not we actually vote in Israel's elections (and I believe we should, but that's for another article), we do and should participate in shaping Israel's destiny.

O.K., so these haven't been the best of times for the Jewish people.  Anyone can have a bad millennium, and we've survived in spite of our limited output.  But what's immediately ahead of us could be another Golden Age.   And just as the moon landing and other great achievements of the larger society were dependent on the cooperation and interdependence of both those on and off site, Diaspora Jews have a pivotal role to play in the creation of this once-in-a-thousand year masterpiece.

So yes, we need to celebrate, and never to disengage.  There is far too much at stake.