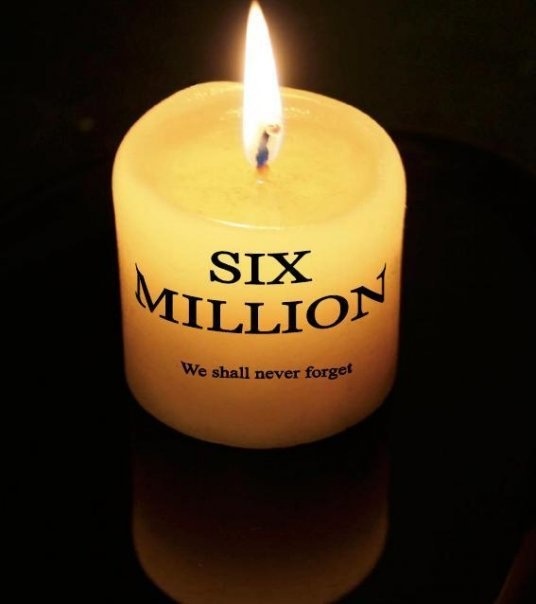 With a lovely Passover behind us, we now turn our attention to this weekend's commemorations.  Join us for Shabbat services, as we welcome back Cantor Fishman and Musician in Residence Assaf Gleizner tonight at 7:30.  Tomorrow at 9:30, we'll discuss the portion Shemini, which contains the laws of kashrut and the topic of our discussion, the creation of a Sacred Community.

Time to Stop Dinkin' and Dunkin' on Jewish Identity
In an op-ed in last week's Jewish Week, Rabbi Elliot Cosgrove laid out a plan for mass dunkings of American Jews in ritual baths in order to resolve a growing crisis of Jewish identity.  I would call it a crazy idea, except that I proposed something very similar myself, three years ago, something I called a "Bath Mitzvah," whereby all Jewish children would be dunked in massive splash parties, which would provide a solution to the question of differing definitions of who is a Jew, in a manner that upholds the integrity of all the religious streams.   Cosgrove extended this to a pre-marriage immersion, something that I avoided because once you pass bar/bat mitzvah age, conversion becomes much more complicated.
His article got considerable attention, including this retort by Shaul Magid in the Forward, which asserts that our focus should be less on conversion (and by extension intermarriage) and more on the kind of Judaism we are nurturing.  He writes, "Unfortunately, what results from this focus on survivalism is that Judaism's greatest assets are sometimes cast aside to insure that one's grandchildren will be able to call themselves Jews even though they may no longer know, or care, what that means. Judaism is quickly becoming a tool for the survival of the Jews rather than an ancient tradition that offers wisdom toward a meaningful life."
I agree with Magid that Cosgrove's plan is more focused on the institutional angst of the Conservative rabbinate than the real-life situation of American Jews.  I understood that my plan could only work if it achieved universal buy-in from the American Jewish leadership.   It's not happening any time soon, in large part because the American Jewish establishment is almost completely lacking in creative vision.  They haven;t generated anything really big since Birthright Israel, and that was really generated on the outside and then absorbed by the mainstream.  We need a Birthright-type initiative that would help transition American Jewry to a "post-gevalt" posture on intermarriage, redirecting our entire focus to fully embracing all Jewish children, including those of the 50 percent of Jewish millennials who grew up in blended-faith families.
During Passover, I immersed myself (keeping with the dunkin' theme) in a new symposium produced by Moment magazine, "What Will the Jewish World Look Like in 2050?"  Dozens of experts weighed in from American and Israel.  It was interesting - and we'll be looking at it closely at our Shavuot  Eve study session this with Temple Sinai.  There have been other attempts to tackle this question too, and within the Conservative Movement, a new white paper on patrilineal descent by Rabbi Chuck Simon. But what's missing are bold new proposals like Birthright, that can bring us together.  Now is not the time for parochial thinking.
Now is the time for us to throw the ball far downfield, to use a football analogy, rather than continuing our incessant dinkin' and dunkin'.
If we can develop a universal standard for Jewish identity, who knows what big thing we might tackle next?
How about this?
How about we grant all these universally accepted Jews automatic citizenship in Israel, including the right to vote (much as US citizens living in Israel get to vote in US elections, including many who never actually lived in the US); provided they meet certain conditions, perhaps involving spending a certain amount of time in Israel or performing some sort of broadly defined national service for the Jewish people?
Sound good?
Let's chew on that one for a while.  What would it mean for the Jewish people of the Diaspora to have more than a vicarious involvement in Israel's future?  What would it mean for Israel to have suddenly several more million voting Jewish citizens?  What would it mean for Israeli democracy to have a clear majority of voting Jews living in its territory, but one with a majority committed to liberal (in the broad sense) democratic values and human rights as well as security?  What would it mean for Jewish peoplehood to have the freebies of Birthright augmented by a vastly expanded program of volunteering and national service, which would include coexistence work?   What would it mean?
What would it mean for Jewish leaders to think big?
Time to stop dinkin' and dunkin'.
Shabbat Shalom
Posted by Joshua Hammerman