Scenes from Omaha Beach and the American Cemetery,
taken during my visit in July. Click to enlarge 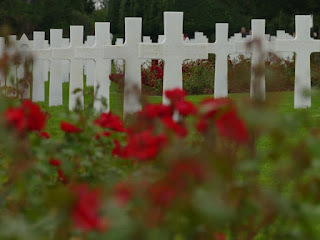 One month ago, I stood in the gas chambers of Auschwitz with a group from Beth El, and we redoubled our resolve to fight evil wherever it may appear.  The experience left an indelible impression. Two weeks later, I stood on the shores of Omaha Beach, where the forces of Nazisim were heroically overcome by courageous soldiers.  I was there, in the American Cemetery, perhaps the most tranquil place on earth – but today, the nearly ten thousand Americans resting there are not resting at peace. 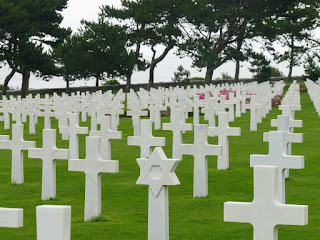 Abraham Joshua Heschel said in his famous speech on racism in 1963 -  "There is an evil which most of us condone and are even guilty of: indifference to evil. We remain neutral, impartial, and not easily moved by the wrongs done unto other people. Indifference to evil is more insidious than evil itself; it is more universal, more contagious, more dangerous. A silent justification, it makes possible an evil erupting as an exception becoming the rule and being in turn accepted." 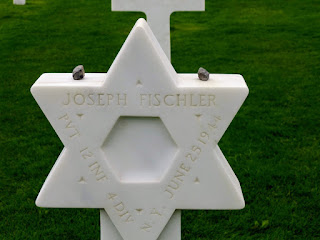 The maximum of cruelty with a minimum of thinking. 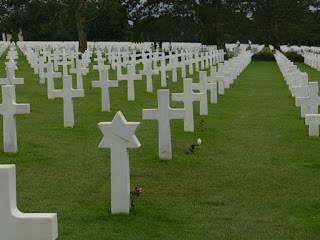 Only a bare minimum of thought needs to go into calling out the racist agitators and domestic terrorists of Charlottesville.  Their anti-Semitic and racist chants cannot be ignored and can never be tolerated.  The murder of innocents cannot be forgotten. 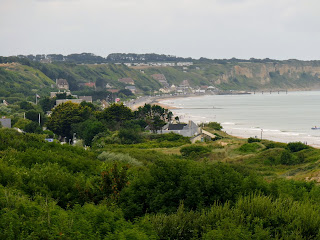 For our beloved nation, we pray that an end to this agitation and hatred will be soon at hand - and for our community, I pray that everyone, from all backgrounds and all points of view, will stand together in common cause, that we will never succumb to indifference and not thereby desecrate the graves of Auschwitz and Omaha Beach.