A flood of biblical proportions

It’s telling that whenever we hear that something is “biblical,” it usually means it’s really bad. No one ever says, “That rainbow was biblical!”  “That meal was biblical!” “That sunset was biblical.” Or “That sex was truly biblical!” No, when we call something biblical, it usually involves either Sodom and Gomorrah or Noah’s Ark.
Get The Times of Israel's Daily Edition by email
and never miss our top stories   FREE SIGN UP!
While, as a rabbi, I would prefer that the Bible not be seen simply as a book where horrific events occur, there is almost no other way to describe what is happening along the Gulf Coast, particularly in and near Houston. We are witnessing scenes that we never imagined could happen, as one of America’s great cities has literally been submerged. We’ve also seen acts of unbelievable bravery and tragedies of bottomless sadness.
While the devastation has affected everyone, as Jews, it is natural for our concern to focus first on “our own” and then for it to radiate outward. The rule of thumb, as delineated in the Talmud, is to offer charity first to the “poor in your town” and then extend the caring to places farther away.
So Jews have naturally directed their attention first to the large Jewish community in Houston.
The circle then grows wider, to include people of all backgrounds who are living in that region.
And the circle gets wider yet, for there is one additional region of concern this week. The relentless monsoon flooding in South Asia has resulted in well over a thousand deaths thus far.
If it is hard for you to summon up just a little more compassion for people half a world away, watch this BBC video. And to emphasize that we are all connected, read from The Times of India about how Indian students had to be evacuated from their living quarters in Houston.
One wonders, evacuated to where? If they are headed home, I’d keep the boots on.
When we are routinely talking about one-in-500 year events and 1,000 year events, as we are, we know that something scary is happening to our planet. Recent events signal that much more needs to be done in the face of a truth that is not merely inconvenient — it is incontrovertible.
For now, though, the focus remains on the immediate needs of those who are trapped, hungry, wet and cold, as we do all we can to return a sense of normalcy to their lives.
This has been the year of living biblically.
The Bible itself instructs us what it should mean when we say an epochal event is “biblical.”
We read in Psalm 18:16-17:
וַיֵּרָאוּ, אֲפִיקֵי מַיִם,    וַיִּגָּלוּ, מוֹסְדוֹת תֵּבֵל
מִגַּעֲרָתְךָ יְהוָה–    מִנִּשְׁמַת, רוּחַ אַפֶּךָ
Then the channels of waters were seen, and the foundations of the world were discovered at your rebuke, O Lord, at the blast of breath from your nostrils
יִשְׁלַח מִמָּרוֹם, יִקָּחֵנִי;  יַמְשֵׁנִי, מִמַּיִם רַבִּים
God sent from above, took me and drew me out of many waters.
Notice how verse 17 completely reverses the sentiment of the prior verse.  God, the source of the raging waters, becomes the force within each of us that drives us to help, to reach out and save those who are struggling in those same waters.  And the word for “draw out” in Hebrew contains the root letters for the name Moses (Moshe), the one who was drawn out of the Nile by a total stranger — ostensibly an enemy — Pharaoh’s daughter. Our people’s history began with an act of kindness by a stranger, the saving of a child from raging waters, the same act being repeated time and again this week.
To live biblically, then, is not to bear witness to divine rebuke, but to be an instrument of divine salvation, to help draw the suffering victims out of the waters.
To live biblically, then, is to be part of the solution, to lend a hand, and not simply to be awestruck at the unbridled force of nature, even when the impact is unprecedented.
To live biblically, then, is to save the suffering in Texas, India and everywhere else in our parched and flooded planet; because we have all become one community. There is now really only one circle to draw, that beautiful blue orb called earth.
Yes, this flood has been biblical — in that I am absolutely, biblically awestruck at the infinite capacity of the human heart. 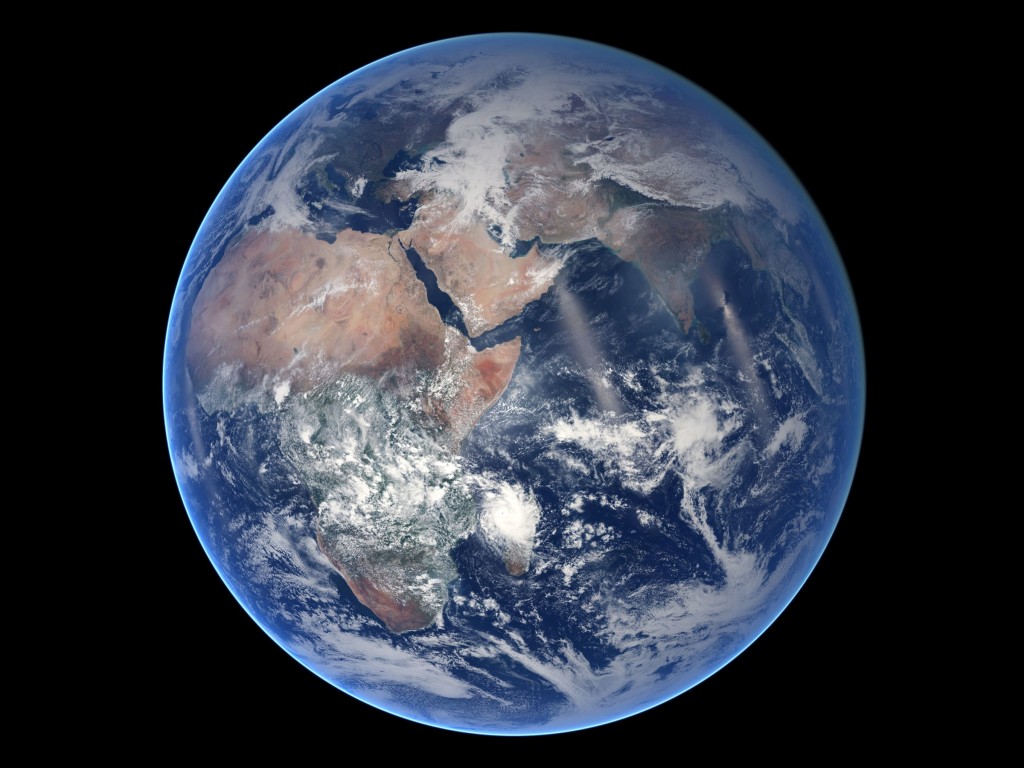