Your tax return is a sacred document 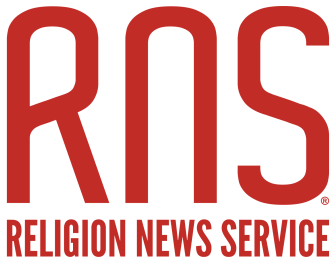 Your tax return is a sacred document

By Joshua Hammerman | 16 hours ago

(RNS) — April 17 is Tax Day in the U.S. We get a two-day reprieve this year because April 15 — the traditional day — was on a Sunday and April 16 is Emancipation Day in Washington, D.C., a legal holiday commemorating the 1862 signing of the Emancipation Act by President Abraham Lincoln. It’s also Patriots’ Day in Massachusetts and Maine.
So we have an extra couple of days to reflect on what Ben Franklin considered the only certainty of our world (along with death). Taxes have never been popular, and recently they’ve been castigated and chopped with particular glee by Congress and the White House. My purpose here is not to debate that tax cut, nor to discuss the merits and demerits of supply-side economics, but rather to focus on the bright side of paying taxes.
For not only does Jewish tradition acknowledge the importance of taxes, we have an entire Shabbat devoted to them. We call it Shabbat Shekalim, one of four special pre-Passover Sabbaths reminding us to prepare our homes, hearts and municipal institutions for the upcoming holiday. Millennia ago, one way that was accomplished was through the annual gift presented to the national treasury to support the Temple sacrifices.
The fact that Shabbat Shekalim always comes in late winter, around the time when I need to be reminded to get my own taxes in order, is one way that I have tried to imbue the secular calendar with the rhythms of Jewish sacred time. It also reminds me that the giving of taxes is in itself a sacred activity. Corny as it seems, I improvise a blessing when I put my completed tax forms in the mail, realizing that this money is going to help people who are in need, which helps my nation to maintain a position of moral leadership — plus, a good chunk of this money also helps to preserve Israel’s security.
If you’re looking for a blessing to recite, take a peek at the Birchot HaShachar, the morning blessings recited in the daily liturgy. Almost all of them work well for a tax blessing. (The Open Siddur Project offers a creative interpretation.) Our taxes provide food for the hungry, health care for the sick, housing for the homeless and shelter for the refugee, security for Israel, clothing for the needy, protection of the environment (“who spreads out the land upon the water”), a just penal system and freedom from fear of crime (“who releases the bound”), and an education system that teaches us to treat our neighbors with dignity and respect (“who created us in God’s image”).
I understand that people should be able to take advantage of incentives to reduce the tax burden.
That’s why God invented accountants. But tax evasion, whether by an individual or corporation, should be looked on with deep scorn. We pooh-pooh it by referring to it in benign terms, such as “white-collar crime,” rather than what it is, a direct violation of “Thou shalt not steal.”
In the Talmud, Samuel states “The law of the land is the law.” To which the ancient scholar Rava replies, “Observe that this must be true. For (the government) fells trees and builds bridges, and we cross them.”
Back then, it seems, they were able to pass an infrastructure bill.
The key here is that it is prohibited to cheat tax collectors unless the taxes are illegal — and the Talmud discusses those exceptional cases when they are illegal.
There is plenty of room for disagreement as to where our tax dollars should go. Some bemoan the ballooning deficit, while others feel the defense budget is bloated. For those who don’t have the time to read the recently passed 2,232-page omnibus spending bill, it’s important to know at least in general terms what’s in there. It’s also comforting to many that the bill emerged from genuine bipartisan compromise.
I’m not thrilled about everything my hard-earned dollars will be supporting, but I am a proud taxpayer nonetheless. That’s why it is so important that our moral leaders — who include our political and religious officials — set the example in rendering to Caesar the things that are Caesar’s. For politicians that means releasing their tax returns — and it goes without saying that it also means actually paying their fair share of income taxes — while working toward a more just system of taxation. For religious leaders it means encouraging their flock to pay up, and to set an example of paying taxes with gratitude rather than reluctance. That could even mean reciting a blessing when dropping that fateful envelope in the mail.
This year of all years, we need to look at our tax return as a sacred document. In doing so, maybe we can reimagine what the promise of America can mean for its own people — and the world.
(Rabbi Joshua Hammerman is the spiritual leader of Temple Beth El in Stamford, Conn., and author of “thelordismyshepherd.com: Seeking God in Cyberspace.” The views expressed in this commentary do not necessarily reflect those of Religion News Service.)
Posted by Joshua Hammerman