June 14-16 was an exciting time for me and for TBE, as we celebrated my 30th anniversary serving this community. See the entire service below (it's called an aufruf here, though it wasn't...except that it sort of was - and you'll have to hear my D'var Torah to understand why...).  My thanks to everyone who made the weekend so special!

Here is the Stamford Advocate article on 30th Anniversary 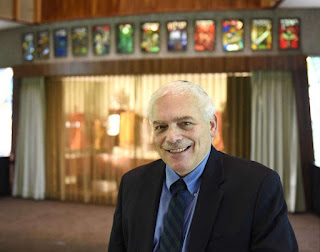 STAMFORD — When Rabbi Joshua Hammerman joined Temple Beth El, his goal was to inspire the conservative congregation to be open and inclusive, more so than it already did.
“Fairfield County, more than 30 years ago, was seen as very stiff and formal, and not just among synagogues, but in the churches too,” he said. “And I think a loosening and a sort of democratization needed to happen. The expression that’s used often is ‘high church’ and with that was a feel of formality. And I think all religious institutions have realized over the years that they need to be more welcoming and more inclusive.”
Hammerman, a Boston native, came to Stamford and joined Temple Beth El as an assistant rabbi in 1987. Five years later, he was named the temple’s senior rabbi, a position he has held for about 25 years. This month, Temple Beth El is celebrating Hammerman’s 30th anniversary with the congregation.
He said the past three decades have been filled with lessons and challenges.
“One thing I learned early on as a rabbi...is that anyone who tries to change people will never have success,” he said. “The only way to have an impact on people’s lives is to love them, and not manipulatively, but unconditionally. So, if a religious leader can love his or her congregation unconditionally, and stand there as an example to them, then they can succeed and maybe even influence change.”
Hammerman said he quickly adopted a “fellow journeyman” approach.
“My way of leadership has not been to be the priest, not to be the one who afflicts the comfortable, but to be the one who comforts the afflicted,” he said. “I’ve always felt that was my role.”
But Hammerman said it was also his duty to call for change when he felt it was needed, something that came with a steep learning curve.
“One of my first sermons here, I stood up there on the high holidays, on our pulpit, and I addressed a situation where at that time Stew Leonard’s had been convicted of tax fraud,” he said. “And I said I felt uncomfortable shopping there and that I wouldn’t be going in there for a while. That was not meant to be a call for a boycott, but somehow it was translated into that. … So, I learned very quickly that my words matter, and that afflicting the comfortable is an important role but there also needs to be some understanding of the impact that words will have on people.
“So, I grew up,” he said with a laugh.
In today’s climate, where people are faced with fierce political and ideological divides, and organized religions struggle to maintain influence and relevance, Hammerman said this is the time when people need faith.
“I think religion has never been more relevant,” he said. “At a time when basic values are being challenged and questioned by political leaders, this is where those values can be emphasized — such values as truth and honesty and compassion are just fundamental to our faith. And when we proclaim that, as I do every week at services, I almost feel subversive, which is an incredibly strange feeling. But we’re here, advocating that people be nice and honest to each other and embrace facts, and that’s what religion should do. That’s what religion looks like. So, I know that I am playing a very important role right now.”
During his tenure, Hammerman has worked to include people from all backgrounds and walks of life, championing inclusiveness and innovation and becoming heavily involved with the interfaith community.
Hammerman said he’s seen the congregation evolve to become more open and accepting of those who may have felt unwelcome decades ago.
“We are constantly reimagining our spirituality, our prayer, our role in education and community service,” he said.
“It’s really a gift to have gotten to be here for so long. Most clergy don’t stay this long with one congregation any more. Really, most people don’t stay this long at any job. So, it’s a blessing in so many ways, but it’s also a challenge because it’s so easy to stagnate. The years go by in a flash and it can be easy to fall back on old habits, but you can also move forward and re-invent yourself and try to seek new challenges.” 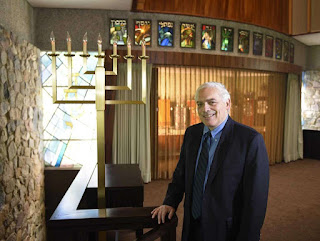 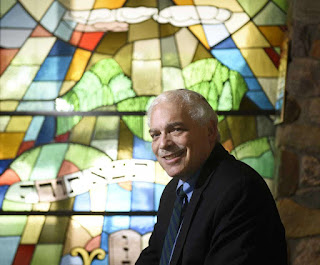 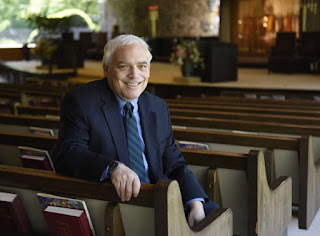