All Creatures, Great and Small

Shabbat Shalom!
Last night, our new "Hand in Hand" committee organized an important program on bereavement, with a focus on how we can better assist people beyond the initial period of shiva.  I distributed some helpful materials, exploring the topic from a Jewish perspective.  You can read it here.  Also see last Shabbat's discussion materials on fear, parashat Shoftim and Psalm 27.  Thank you to everyone who made last Friday night's Barbecue and Borechu such a success.  Close to 300 attended, the food and service were wonderful, and a great time was had by all.

TBE has established a new committee focusing on the plight of refugees.  See this letter signed by 36 major American Jewish organizations last week, urging the President to continue the life saving US Refugee Program.

James Herriot wrote in All Creatures Great and Small:

"If having a soul means being able to feel love and loyalty and gratitude, then animals are better off than a lot of humans."

Judaism has a rich tradition emphasizing kindness to animals, a mitzvah known in Hebrew as "Tza'ar baalay chayim," literally "feeling the pain of living things."  We should feel their pain - and we can be inspired by them too.
Among the highlights of my recent excursion to Israel and Southeast Asia were the opportunities to interact with God's creatures, great and small, living in their habitat. We got up-close to elephants and tigers in Thailand, ibex and hyrax in Israel and monkeys and orangutan in Indonesia. Below is a sampling of the photos I took. Click here to see additional animal photos from my recent trip.

We read in this week's portion of Ki Tetze:

"If, along the road, you chance upon a bird's nest, in any tree or on the ground, with fledglings or eggs and the mother sitting over the fledglings or on the eggs, do not take the mother together with her young. Let the mother go, and take only the young, in order that you may fare well and have a long life."

The Holy One has revealed the reward for heeding two precepts in the Torah: one of these precepts is the least onerous, and the other is the most onerous. The least onerous concerns letting the mother go when chancing on a bird's nest - with regard to it, the Torah promises, "that you may have a long life." The most onerous concerns honoring one's father and mother - with regard to it, also, the Torah promises, "that your days may be long."

This midrash is teaching us that all the mitzvot are equal, from sending away the mother bird - which is spontaneous and easy, involving no expense or preparation - to honoring one's parents - which may require extraordinary effort and significant financial and emotional investment.

It also calls attention to two texts, and when you compare them, there's a fascinating discrepancy. In the Ten Commandments, the Torah says, "Honor your father and your mother in order that your days - yamekha - may be prolonged."  However, in this week's portion of Ki Tetze, the text says, "let the mother bird go . . . in order that you may fare well and have a long life [literally, prolong days] - yamim."

While the plain meaning of the second text is that by fulfilling this mitzvah you will prolong your life, that's not what the words actually say. It says, "so that you will prolong (all) life." Perhaps the commandment to send away the mother bird is not about preserving the life of the person who finds the nest, but about preventing the destruction of species, great and small.

Ramban (Nachmanides), the 13th century Spanish commentator, hints at this. He writes, "The Torah will not permit a destructive act that would uproot a species even though it does permit the ritual slaughter of members of that species." In other words, if people routinely took mother birds along with their nests, in time there would be no more nests and no more birds.

If this concerned Ramban in the 13th century, how much more should we be concerned today, when we know of thousands of extinct or endangered species - see the full list here.

Why should we worry about the possible extinction of plant and animal species when so many human beings around the world are in desperate need?

Some would argue that it's a matter of enlightened self-interest - perhaps we'll destroy a plant that might be used to cure cancer or an animal whose DNA might one day protect us against Alzheimer's disease. But the Torah teaches us that there is more to life than self-interest. At the very beginning of the Genesis, we read:

"And God said, let us make the human being in our image, after our likeness. They shall rule the fish of the sea, the birds of the sky, the cattle, the whole earth, and all the creeping things that creep on earth."

After God does so, the Torah says, "The Lord God took the human being and placed them in the garden of Eden, to till it and tend it."

As the Psalmist proclaims, "The world and everything in it belongs to God." We human beings didn't create it - and we have no right to destroy what we did not make.

God gave human beings the specific task of tending, guarding, and preserving the world. So we can take the nest, but chase the mother bird away to ensure that the world will always be full of birds. When the Torah exhorts us "u'v'harta b'hayyim," choose life, there are no limits placed on the forms of life we celebrate.

You can read more about Animals and Judaism in this article - and join us on Friday evening services and for Shabbat-in-the-Round on Saturday morning.

See below my photo essay of some of the remarkable creatures I encountered this summer.  And save the date for our Sukkot Blessing of the Animals, on Sept. 23 at 5:30. 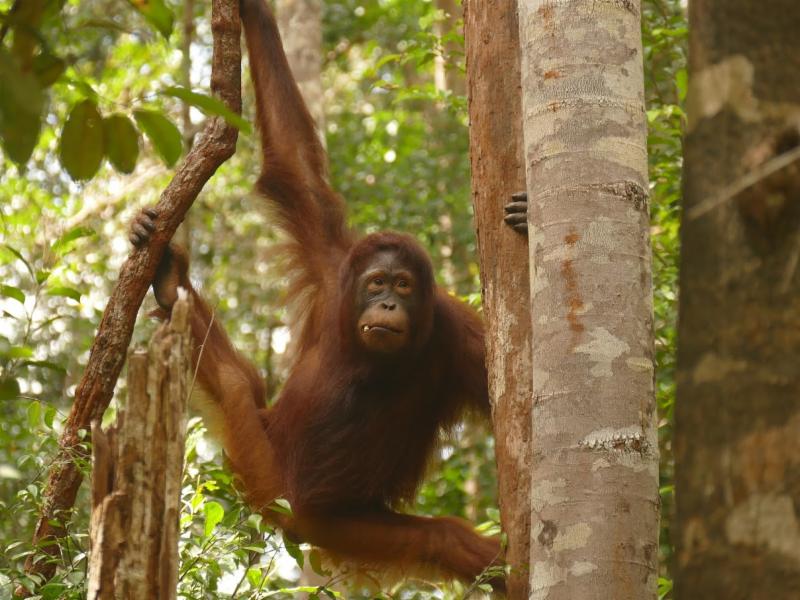 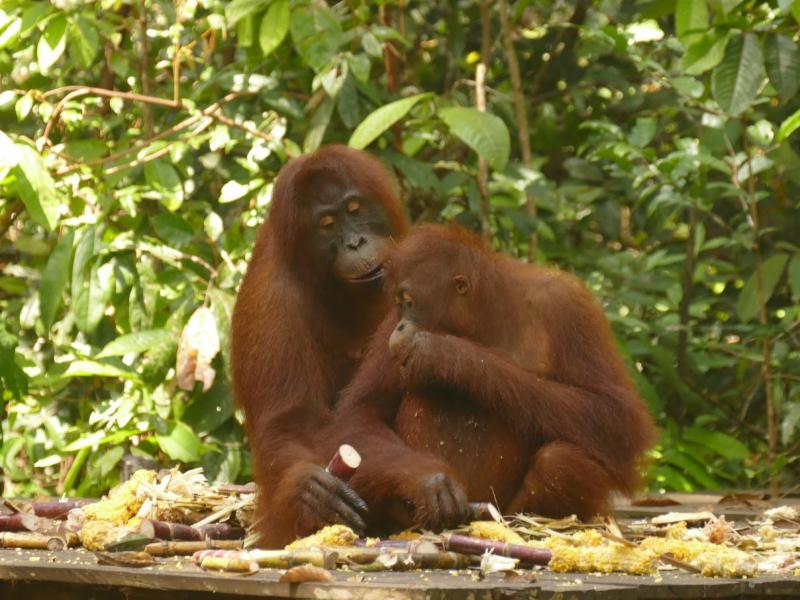 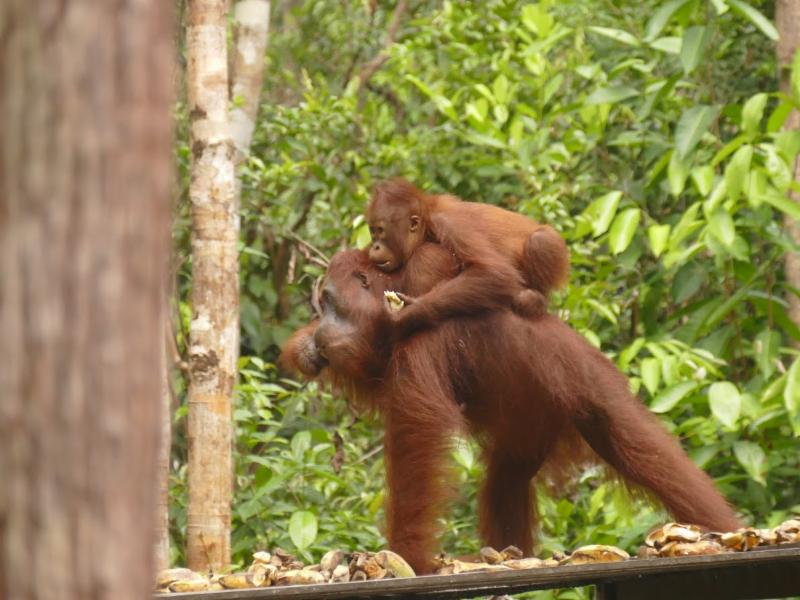 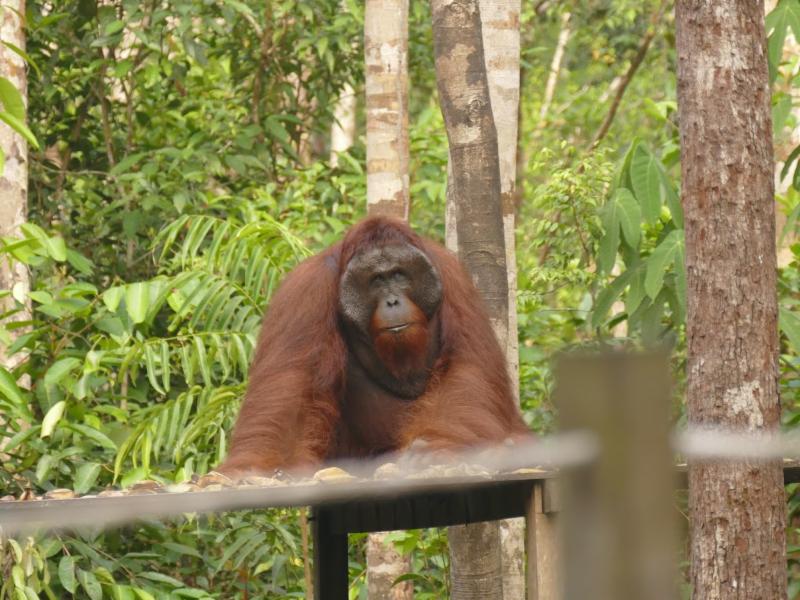 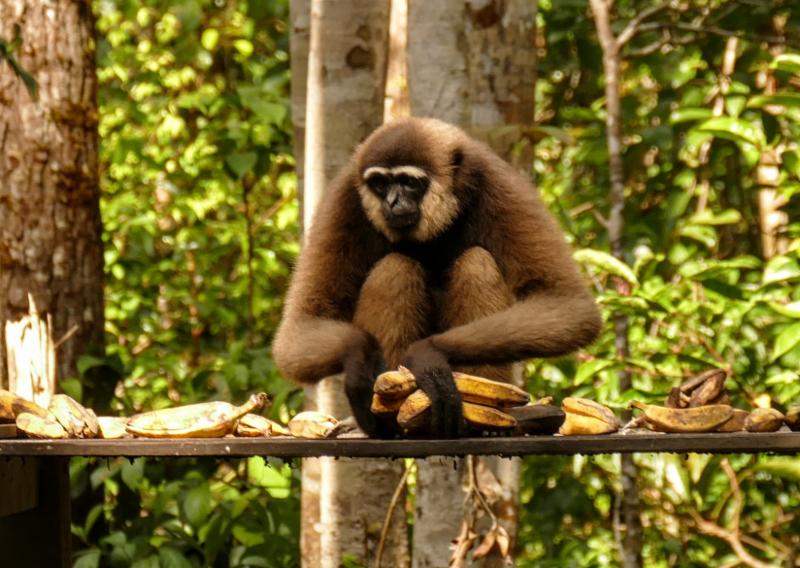 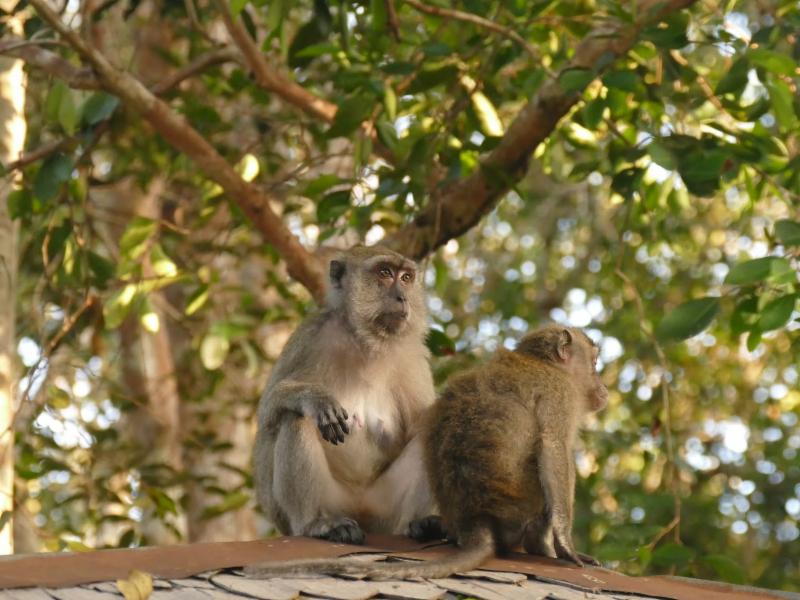 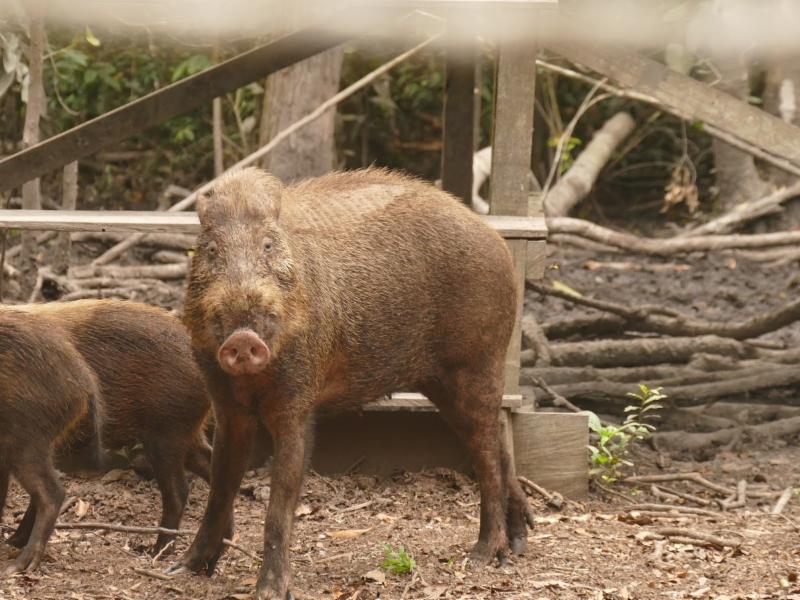 This one said, "Some warthogs are more equal than others." 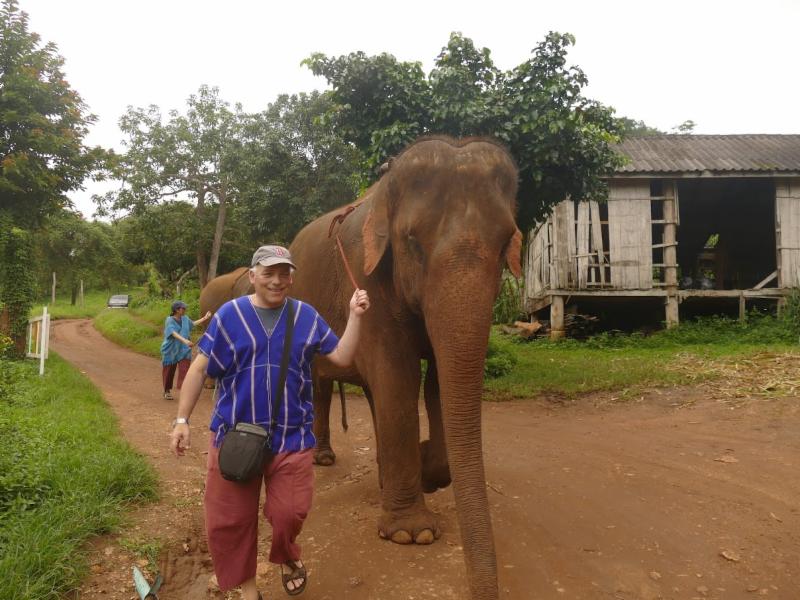 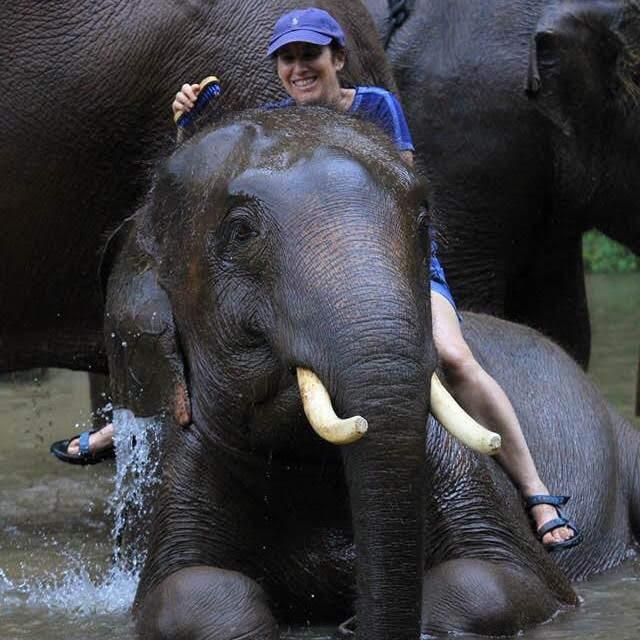 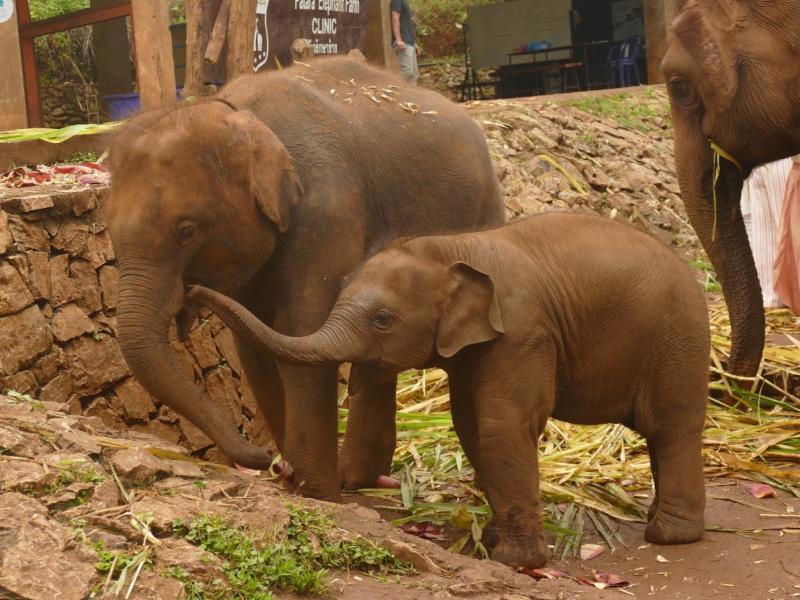 Two siblings, with Mom looking on 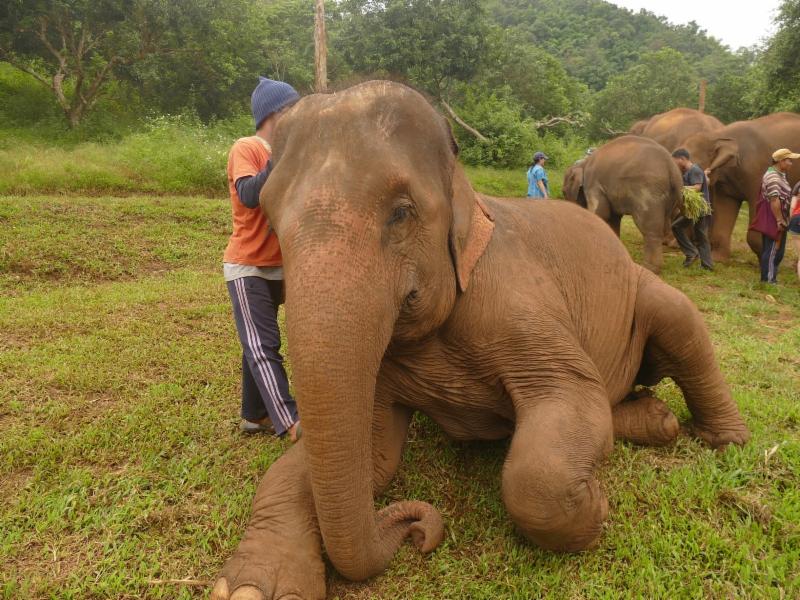 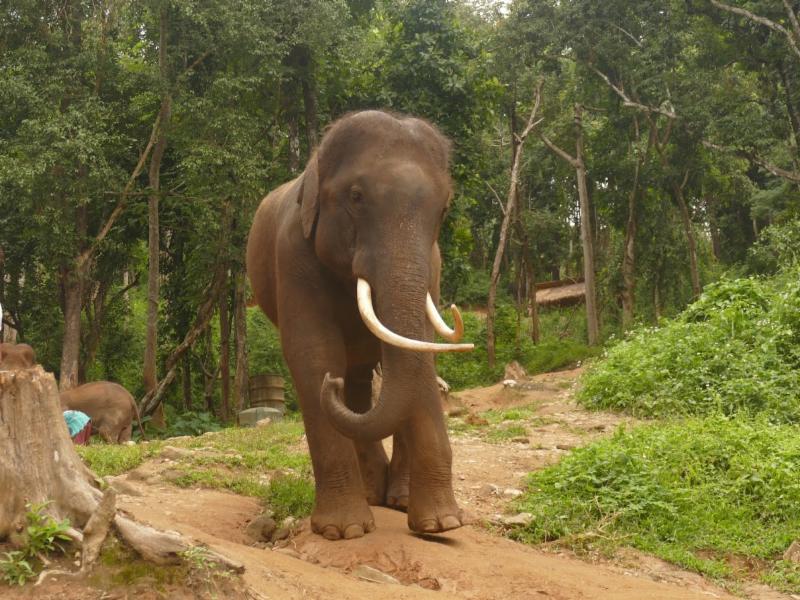 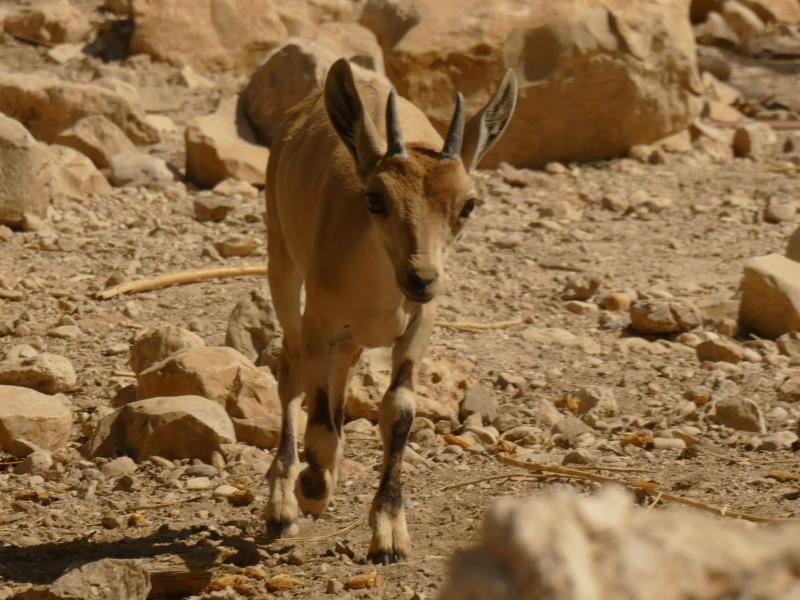 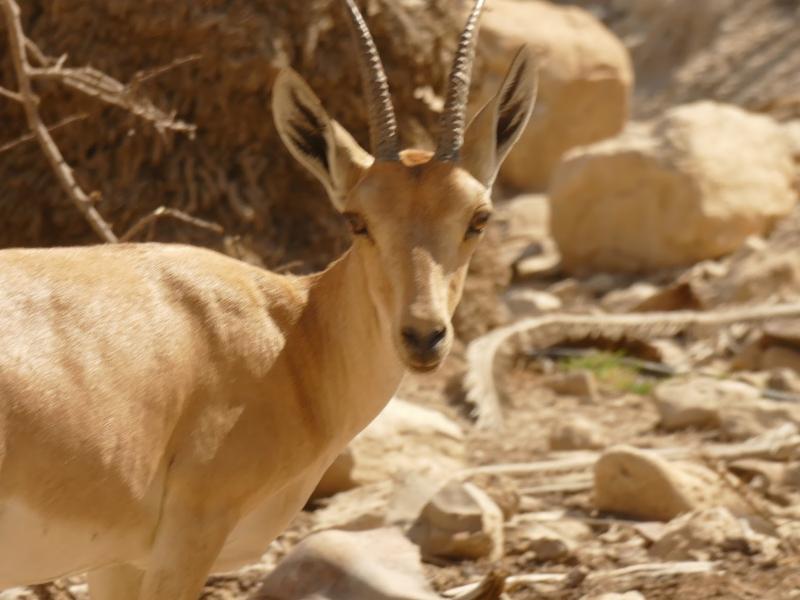 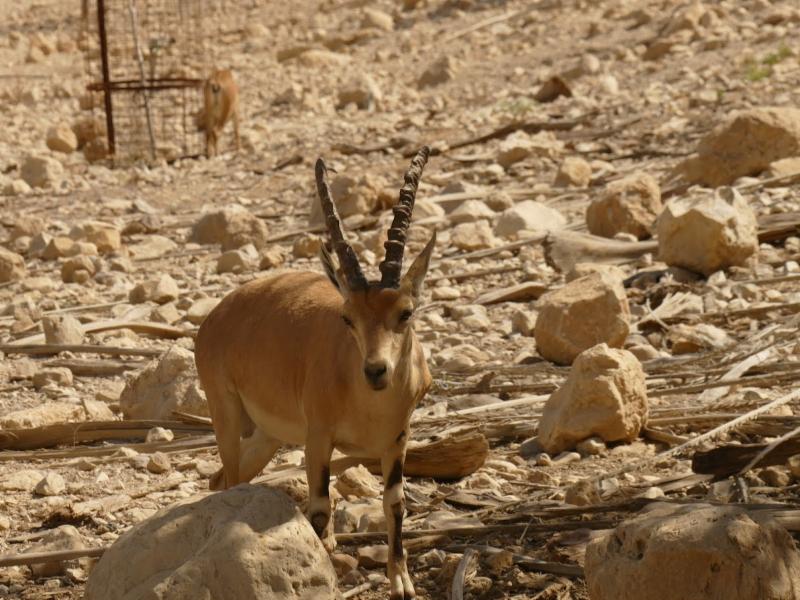 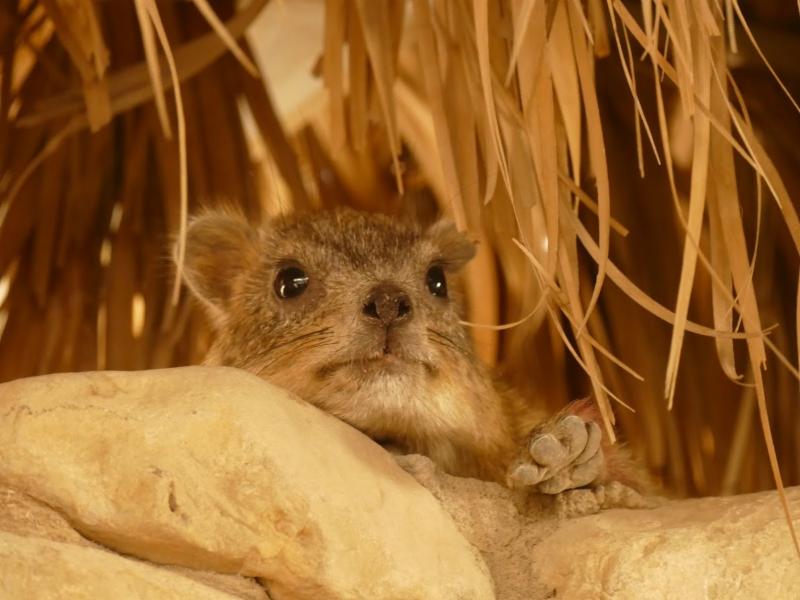 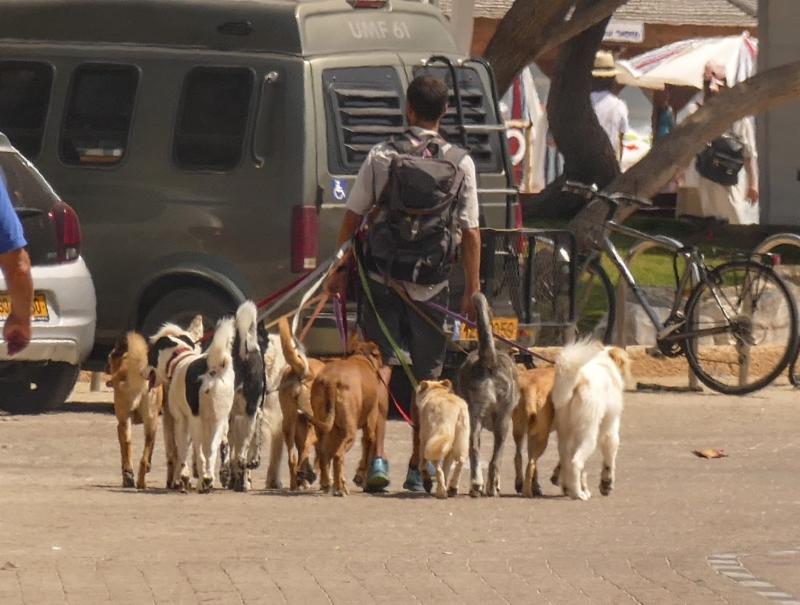 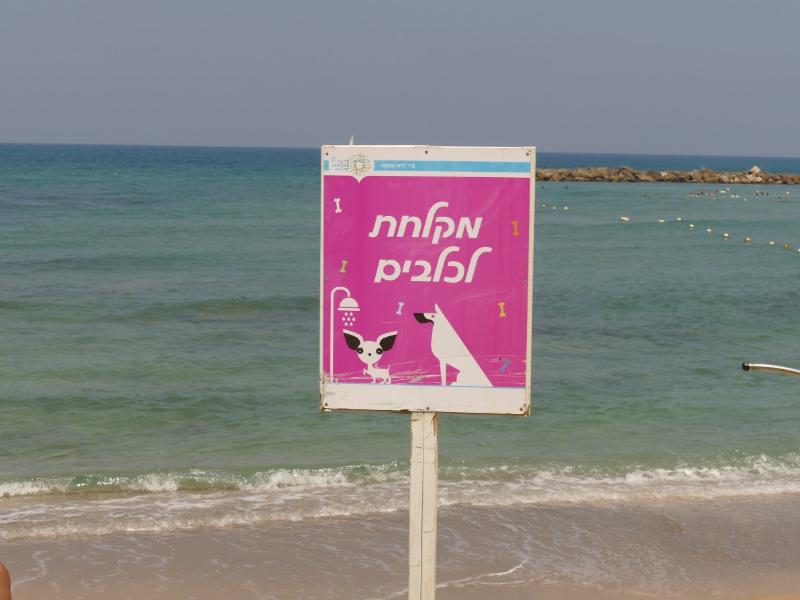 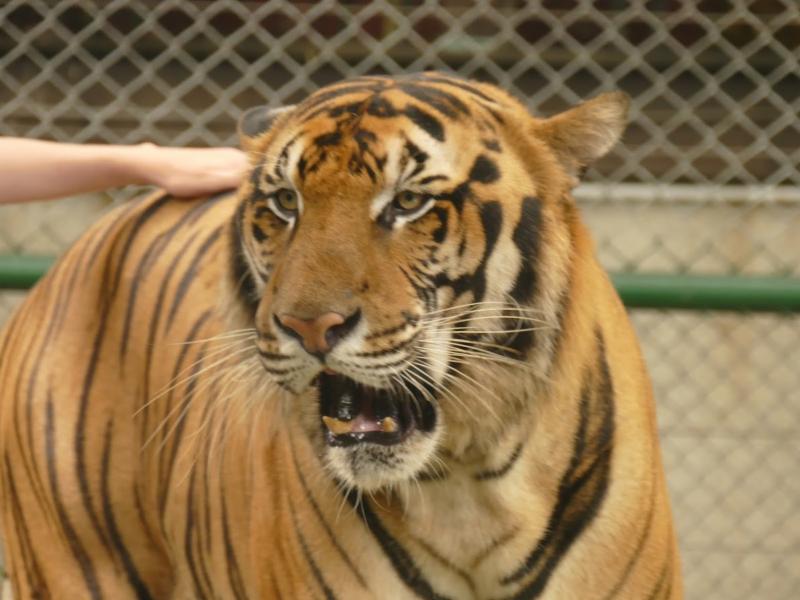 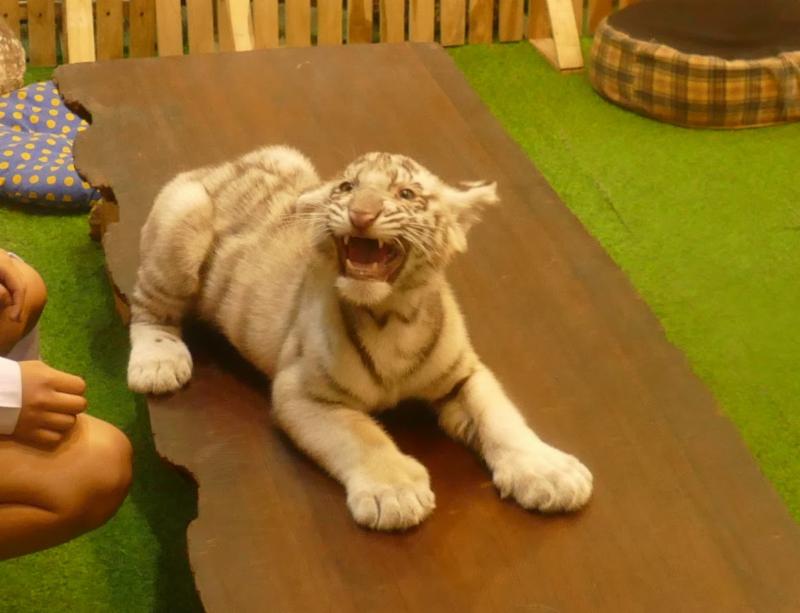 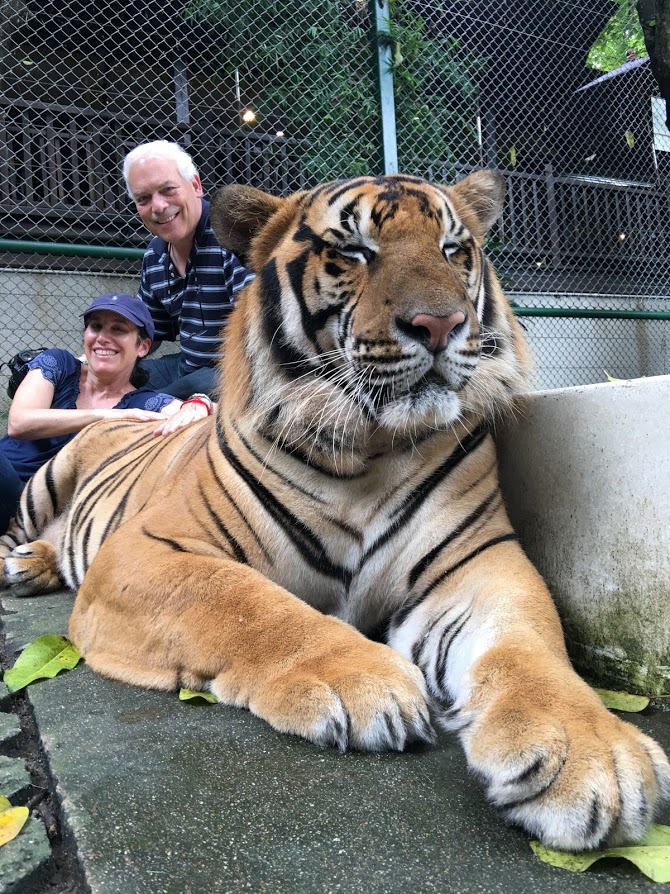 Tiger and two friends, Thailand.  Do not try this at home. 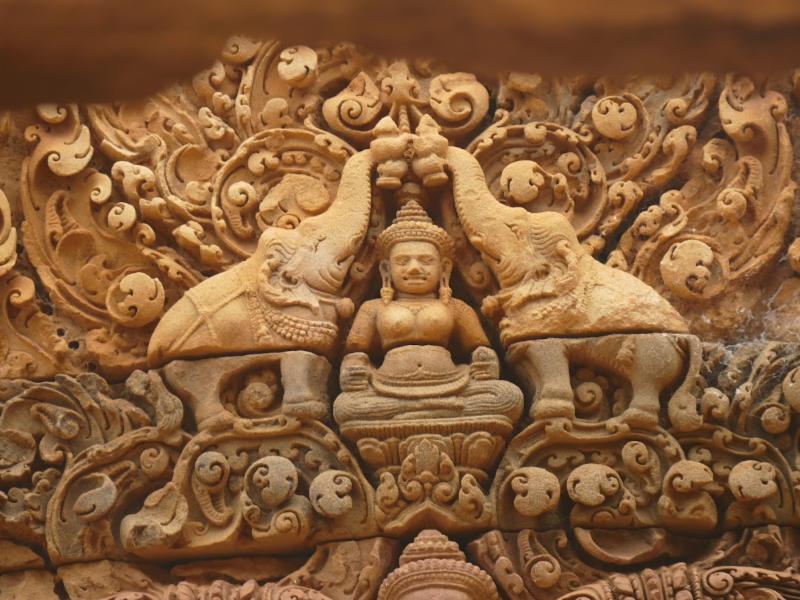 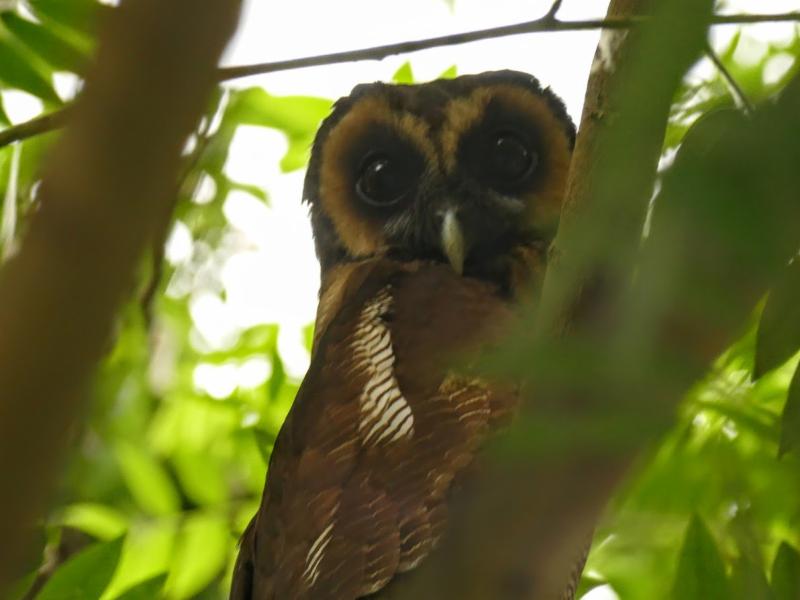 So I sent him to ask of the Owl if he's there;
How to loosen a jar from the nose of a bear
Posted by Joshua Hammerman