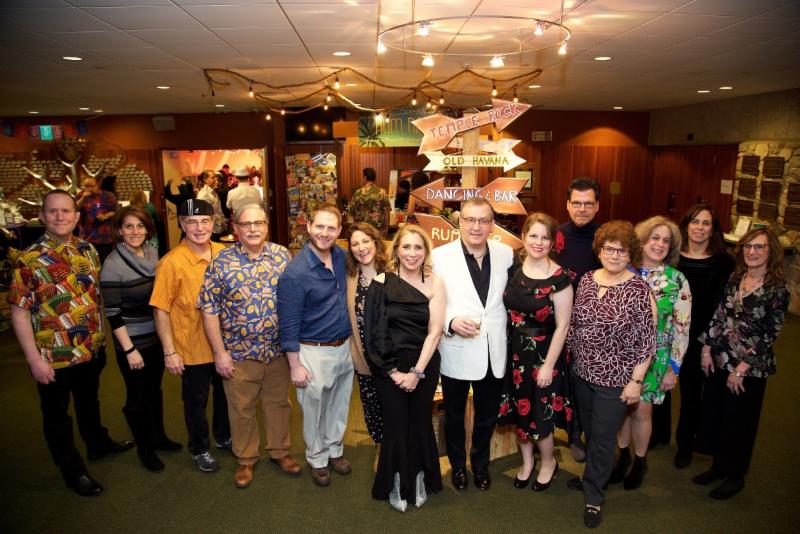 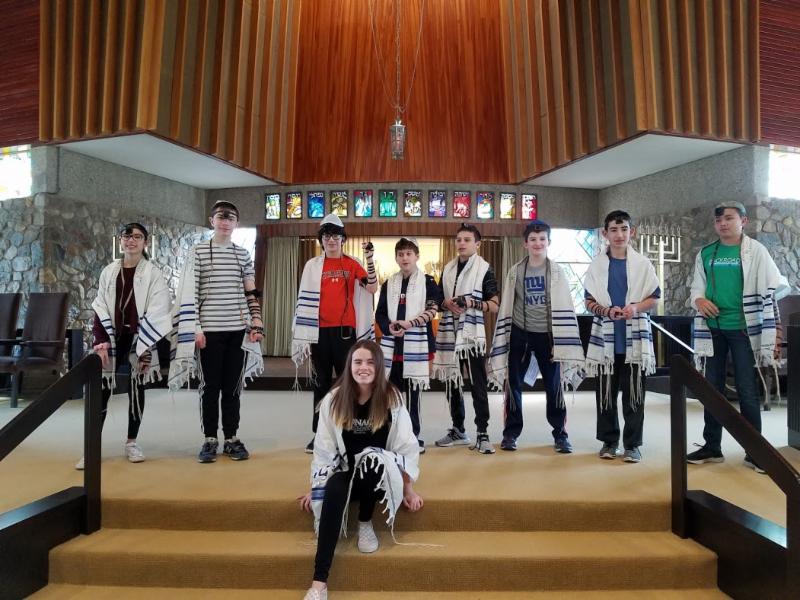 Fight off the midwinter blues with us at services this evening and tomorrow morning.

Sadly, much attention has been given this week to the highly charged issues of mocking another person's looks - and in particular the abhorrent practice of "Blackface." As the Jewish Week points out in this week's issue, it's a complicated topic for Jews.

According to the article, the late author Michael Rogin, whose 1998 book "Blackface, White Noise: Jewish Immigrants in the Hollywood Melting Pot" (University of California Press) investigated this phenomenon, wrote that many Jewish members of the entertainment industry "thought that depicting Jews [as themselves] would promote anti-Semitism, so they hid it. Blackface is a metaphor for that."  Think of entertainers like Al Jolson and Eddie Cantor - even George Burns.  As Purim approaches, we can consider the impact of masking our identities and hiding our true faces - often at the expense of humiliating others.

There's no question that this practice is racist.  But the issue, I believe, goes beyond racism.  The issue is face-ism.  We are unable to come face to face, either with the Other, or with ourselves.  And the fact that this has suddenly become a disqualifying factor for leadership, just as sexual harassment has suddenly become disqualifying, may be disquieting to some, but it indicates that our society has advanced eons over a short period of time in setting ever higher standards for acceptable behavior.

Tomorrow morning's portion, Terumah, begins a lengthy, detailed description of the tent of meeting, the Mishkan, in the Wilderness.  One of the more curious features is the "cherubim," these constructed mysterious winged angelic creatures that faced each other in front of the ark of the covenant.  The text describes their face-to-face posture as "ish el achiv," "a man to his brother." Then in the following chapter, we learn about how the Mishkan structure itself is to be assembled, with planks of wood whose tenons and sockets fit together "isha el achotah," "a woman to her sister."   What does it mean for us to be "face-to-face with others?  Preview tomorrow morning's study packet here.

Nehama Liebowitz wrote, "Through the construction of the sanctuary we become imitators of God." If we imitate the work of God by physically creating a sacred space, so much more should we aspire to imitate God's goodness, love and mercy in creating a better and holier world."

If that is the case, than the cherubim are placed right there, just in front of the holiest place, to remind us that at the root of all holiness is the ability to engage in relationship, to see others, eye-to-eye.  It's fitting that not only to cherubim fit into the secular calendar (Valentines Day), but also the Jewish one.  This coming Tuesday is Moses' yahrzeit, Adar 7, and Moses is described as the only human to have encountered God, face-to-face.  That is the day we also will be honoring our community's burial society - the Chevra Kadisha - since tradition has it that Moses was lovingly laid to rest by God.

In all that we do, we are imitating God.

Contemporary theologian Arthur Green writes, "Every human being is the image of God. Every creature and life-form is a garbing of divine presence. The way in which we treat them and relate to them is the only true testing-ground of our own religious consciousness. The One seeks to be known and loved in each of its endless manifestations. The purpose of our growing awareness is to reach out and appreciate all things for what they really are. This is especially true with regard to our fellow humans. We need to help all humans to discover the image of God within themselves; this is Judaism's most basic moral truth."

Also this coming week, Jews will engage in an annual effort to cultivate a culture of constructive conflict and healthy disagreement across personal, political, religious and other divides. Read about the Adar 9 project and its origins in a tragedy that took place in Talmudic times. Approximately 2,000 years ago, the initially peaceful and constructive disagreements between two dominant Jewish schools of thought, Beit Hillel and Beit Shammai, turned destructive over a vote on 18 ideologically charged legal matters, leading, according to some sources, to the death of 3,000 students.

You think things are bad now!

So that is why those winged creatures stand before the ark, face to face.  To remind us to face up to the holiness of every human being, no matter the pigmentation of their skin.