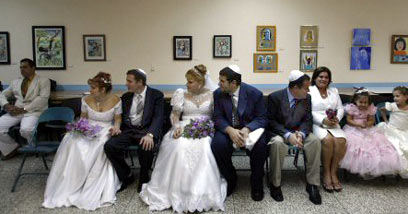 Mass nuptials signal a revival of Jewish life in Havana - see article below.
25 have reserved already for our 2020 trip - get yours in before we fill up! 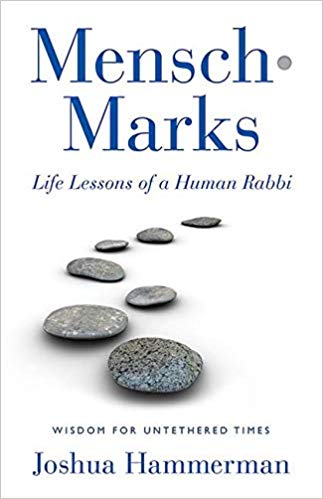 As Feb. comes to an end, we are looking forward to a very busy next several weeks, including Shabbat Across America programming next Friday night, followed on Shabbat morning by Men's Club Shabbat, our Purim celebration on March 20 and a week later, the launching of Mensch-Marks on March 28, our teach-in on immigration on March 31 and then the Women's Seder on April 2. Our interfaith series on Wisdom Literature concludes this coming Thursday at Grace Farms in New Canaan with a panel discussion. Click here for details. Plus, we have lots of great family programming throughout March.

Lifting the Veil on DV: A Crisis in Faith

On Friday night, at the conclusion of services, we'll be hearing from special guest, Kevin Shippy, local director of the Domestic Violence Crisis Center.  Shippy's topic is "Lifting the Veil on DV: a Crisis in Faith." He has delivered a similar talk to a number of churches in our area. The lecture's focus on the importance of respect is entirely compatible with a Shabbat service, but I want to make sure that people are aware that this will be the subject of the talk. Children are always welcome at our services, and those parents who wish to leave with their kids before the talk begins will have the option of doing so.

We have long believed that Shabbat is a time both to step back from the troubles of day-to-day life and to reengage with a supportive community in addressing areas of common need. This week's focus on Domestic Violence places the focus slightly more on the latter objective. Shabbat is an oasis from the world's craziness, but was never intended to be an escape from responsibility. In fact, it's a time to reaffirm the obligation to support those who are suffering.

The DVCC is the only domestic violence agency serving the municipalities of Stamford, Norwalk, Westport, New Canaan, Darien, Wilton and Weston and is part of an 18-member statewide coalition, the Connecticut Coalition Against Domestic Violence. More than 90% of their clients are women who have been hurt by men, and their domestic violence is not limited to physical abuse; in fact more are affected by financial and emotional abuse. In speaking with students, DVCC addresses conflict resolution with elementary schoolers, bullying with middle schools, and dives deeper into teen dating concerns such as inappropriate image exchange, social media protocols and an overall theme of control with senior high youth.
Zionism is Not Racism - Why We Should Care About the Israeli Elections

Today is the deadline for parties to file their slates for the April 9 Israeli election, and two last minute moves have changed the calculus. One is the merging of two large centrist parties led by Yair Lapid and former general Benny Gantz. They now have a legitimate shot at defeating Prime Minister Netanyahu's Likud party. But Netanyahu boosted his chances of forming the next government by forcing the merger of the right-wing Jewish Home party with the extremist Otzma Yehudit party, consisting of disciples of the notorious racist Meir Kahane, who was banned from the Knesset back in the '80s. The Times of Israel's David Horovitz writes, "In 2015, Netanyahu sought to get out the Likud vote by claiming Israel's Arab citizens were streaming in droves to the polls. Now he's striving to bring into the mainstream racists who would deny Arab citizens the right to vote at all" (see Horovitz's column).

The situation is fluid, with an indictment of the Prime Minister anticipated before the election, Netanyahu hopes to garner a right-wing bloc strong enough to pass a law, similar to one in France, that would shield a sitting Prime Minister from prosecution. Many are concerned that this electoral formula of Corruption + Kahane will add up to an even larger breach between Israel's leaders and American Jews; but that almost seems trivial when compared to concerns that all Jews should have for Israel's democratic institutions themselves.  Israel's external enemies, including BDS and anti-Semitism on the right and the left, continue to be a great concern, as well as anti-Semitic attacks in France this week (and a spate of recent hate crimes against Jews in Brooklyn).  But an Israel whose democratic values have been corroded from within is an Israel that faces existential danger, one that will be much more vulnerable to those external threats. And as Jews, our destinies are intertwined with Israel's.

"Back in November 1990, when the far right extremist Meir Kahane was assassinated in New York, our yeshiva forbade its students from going to the funeral in Jerusalem. Other religious nationalist yeshivas did the same. This wasn't a small thing. Telling yeshiva students you couldn't go to the funeral of a Jew who had been murdered as a Jew. But there was a very self-conscious effort at the time to make it clear there was a difference between us and the Kahanists. Fast-forward 28 years, and no senior rabbi or politician has objected to Netanyahu's indecent proposal. At the most you can hear their muttering, "We'll have to see in the polls if it makes electoral sense." Not a peep about how unthinkable the idea of joining a blatantly racist party should, one not morally worth considering, even if it would jeopardize the right-wing's hold on power.... Treating Otzma L'Yisrael and its ilk as a legitimate party means that racism is an option. And when it's an option, even if we claim not to choose it, racism permeates everything."

So yes, we should care about the Israeli elections. Look at it this way. If a formerly banned, racist party is not merely welcomed into the Knesset, but is sitting in the cabinet, what will our students on college campuses say the next time a BDS supporter challenges them with the claim that Israel's government is racist? I recall how angry I was following the infamous '70s-era UN declaration that "Zionism is Racism." That libelous canard was finally rescinded, the stain removed in 1991. Yes, far worse human rights violations by Syrians, Turks, Iranians, Russians, Saudis, Egyptians, Poles, Hungarians, and yes, even occasionally Americans, are legion.  Why should Israel be judged by a double standard? But how horrible it would be for Israel to open itself up once again to such accusations - and to have them be indefensible - and true!

I follow Marc Schulman's detailed and comprehensive daily updates, which can be found here. You can also follow Ha'aretz, The Jerusalem Post or i24 online or on Cablevision.

We should care.
My Big Jewish Cuban Wedding

The article below from the JDC is timely, given our planned 2020 trip to Cuba. You can sign up for the trip at https://secure.ayelet.com/BethElCuba2020.aspx - and note that reservations have been coming in at a rapid pace - 25 are signed up thus far, just 15 from our capacity. Don't forget that the deadline for the $100 discount is March 31.  See also coverage in Tablet Magazine of this amazing revival of Cuban Jewry.
Though some young Jews share their bar or bat mitzvahs, it's rare to share a wedding - but that's exactly what 16 couples did last month at the historic Patronato synagogue in Havana, Cuba.

Just 30 years ago, when religious life was prohibited on the island, this act would have been impossible. Today, it's the latest celebration for a flourishing Jewish community that's experienced a profound and improbable revival.

With Castro's rise to power in January 1959, Cuban Jewish life retreated into the shadows. When Cuba's religions restrictions began to loosen in 1991, however, the Jewish community reached out to JDC for help. Today, we continue to partner with the community to aid its most vulnerable members and rebuild Jewish life with activities and programs like the wedding ceremony.

The big wedding day was filled with emotion and excitement. The couples were already married under civil law, but finally they could have a wedding according to Jewish tradition. One set of newlyweds had already been married for 50 years, and another was there with their newborn son.

The rabbi, visiting from Argentina, took the couples through the service: Each couple exchanged rings and the guests cheered and hugged as each groom broke the glass.
The celebration continued with a joyous reception. "As we all floated in our euphoria to the social hall, we began the singing, dancing, and toasting, white lace and tulle spinning," said Ruth Oratz, an amateur photographer and NYU Langone oncologist who attended the weddings as part of a JDC mission to Cuba. "The children of the community were enraptured, dreaming of their future wedding day. One bride sat off to the side, quietly breastfeeding her newborn in perfect bliss."
What is Our Golden Calf? Addiction

The history of idolatry is an interesting one, and there is no better time to reflect on it than this week, when we read the story of the Golden Calf in the portion of Ki Tisa. So the question naturally arises, what is our Golden Calf?  "The desire to worship idols has passed from this world - it has now been given to all transgressions," the rabbis said in Sanhedrin 75a.  We've replaced are yearning for golden calves with other failings. There are lots of nominees right now, but addiction is rising to the top of the list. The opioid epidemic takes 70,000 American lives each year. And Rabbi Richard Eisenberg, who has helped the Jewish community to come to grips with that epidemic, this week wrote a moving article about the dangers of being to addicted to our cell phones. Among kids and adults alike, video games - in particular Fortnite - have increasingly become an addiction. I've seen disturbing trends here among our students. This website offers suggestions as to how to get Fortnite addiction under control.

See also this article on "treating addiction with Jewish values." Rabbi Nachman of Bratzlav taught that cravings and addictions destroy our awareness of God. They also enslave us - which explains why the Israelites, having so recently escaped slavery, were so susceptible to the temptation of the Golden Calf.

Addiction is far too complex a matter to be resolved with a few rabbinic bromides and a pat on the back. Those who are facing those formidable demons need to know that they have a supportive, loving community ready to embrace them and support them, right here in their synagogue.