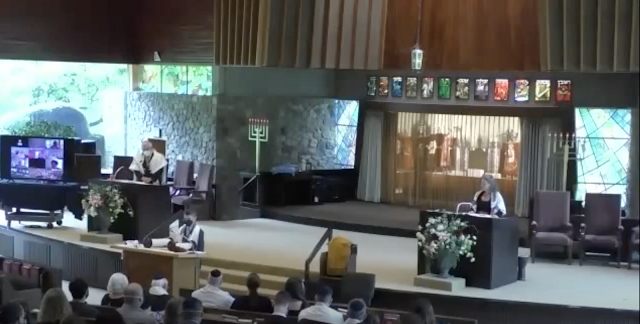 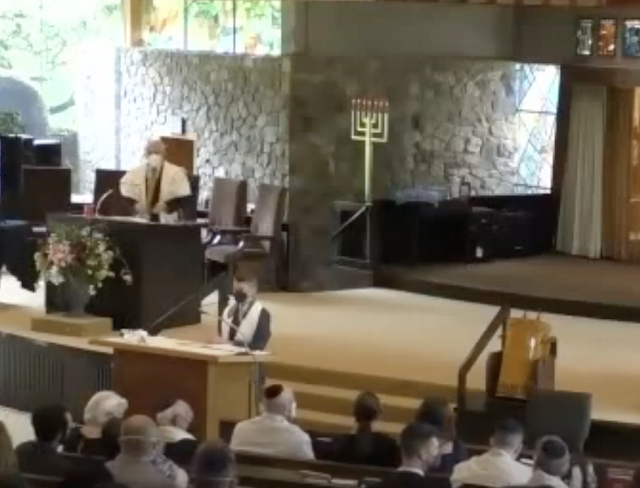 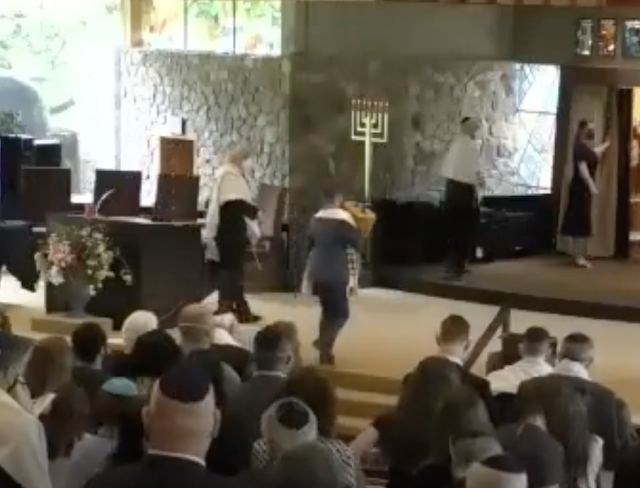 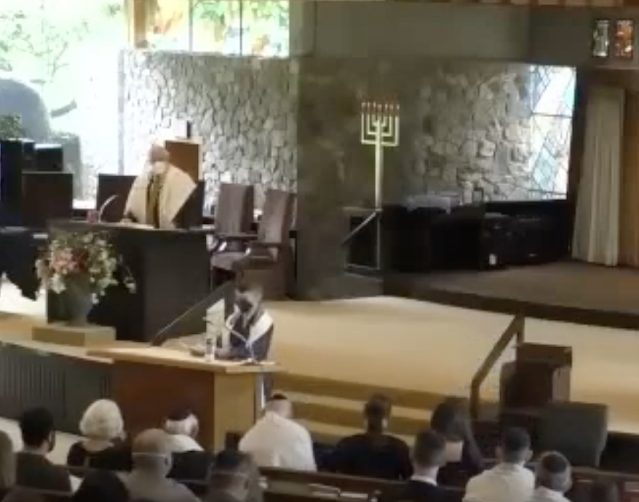 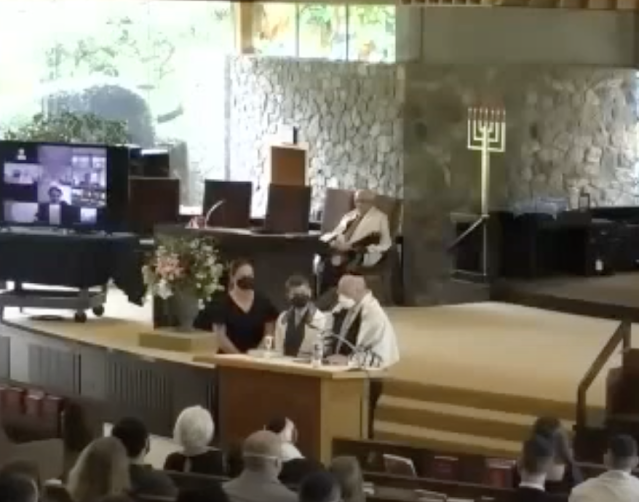 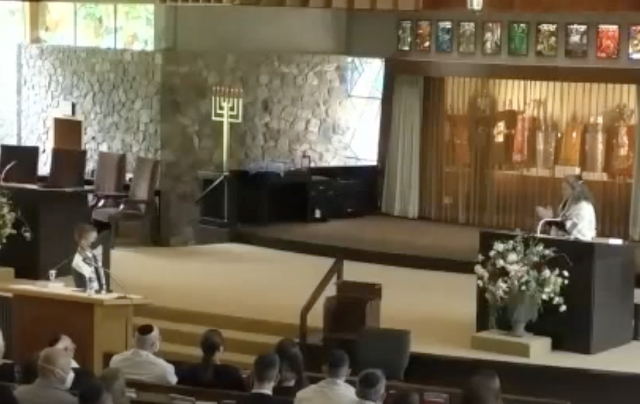 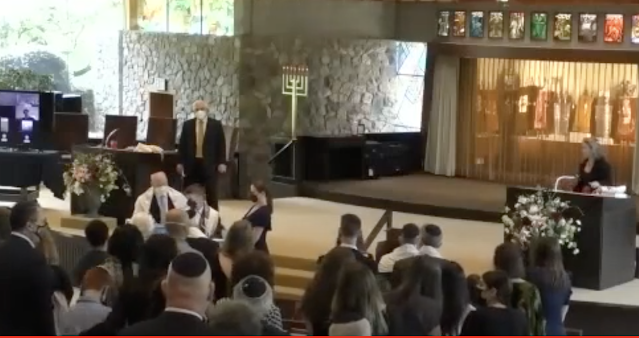 Thank you to everyone who came to my Bar Mitzvah today.

In my torah portion, Bechukotai, G-d promises that if the Jews keep his commandments, they will thrive in the land of Israel. But, if the Jews do not follow them, they will suffer. G-d lists the different scenarios if the Jews follow the right path … or not. If they keep the commandments, they will get rain for crops, be evenly fed, and will win all battles. If the Jews don’t keep the commandments, they will be ruled by people they hate, lose in all battles, wild animals will steal their children and cattle, and they will be petrified from the sound of a falling leaf which will send them running in the other direction. That sounds pretty bad to me! This demonstrates that G-d gives the choice to the Jewish people and allows them to choose their destiny. Finally, this parsha says when G-d gets angry with the Jewish people and punishes them, he will never abandon them and forgive them over time.

This portion makes me think about the choices I often have to make in life. I can follow the rules and be rewarded, (or at least not punished), or, I can break the rules and suffer the consequences. Either way, I know my parents will still love me, not abandon me, and forgive me over time. One time that I did not follow the rules was when I got lost in the woods while skiing 4 years ago. I was in Vermont with my family and another family, and I decided not to follow my dad and sister on the trail, but to follow my friends. When you are skiing, there are little pop outs where you could go off of the trail, do a jump, and keep going on your ski run. But this pop out was very different!  As we skied down there was a tree that had fallen and blocked the path. We had to unclip our skis and throw them over a tree, climb over it, and then had to keep going. Once we saw light through the trees, we thought we were fine. But when we got to the edge, there was a small cliff. Luckily, there were 2 adult snowboarders that saw three kids and decided to stop and help us. The snowboarders basically dangled us over the cliff with our skis so that we could get down.  We had been missing for a long time and our parents were skiing all over the mountain searching for us. We finally got back on a trail and my dad and sister were waiting for me.  In this scenario, I could have not gone on that pop out and followed the rules by staying on the trail. But instead, I didn’t follow the rules and basically got lost and was super scared. After what happened, my parents were annoyed that I didn’t stay on the “right track” and made them worried, but they still love me and forgave me, just like how G-d will always love and forgive the Jews even if they do not follow his rules.

From this incident, I have come to understand that G-d wasn’t punishing the people of Israel at all, just showing them the consequences of their own actions. Just like my parents didn’t need to punish me after I skied on the wrong trail, thank you for not punishing me, I learned my lesson as a result of my own actions. Some people say the punishment fits the crime, but my portion is telling me that the punishment is the natural result of the crime.

My mitzvah project is “Bringing Bricks to Stamford Hospital” where I will be donating Lego and Duplo sets to David’s Treasure Chest Toy Closet in the pediatric unit of Stamford Hospital. All children admitted to the hospital are able to choose a gift from the Toy Closet and I would like Legos and Duplos to be available. The reason I chose this as my project is largely based on my love of Legos. Everyone who really knows me knows that I have a passion for collecting and building with Legos. I have spent countless hours of my childhood surrounded by bricks and Lego Minifigures. I hope children at Stamford Hospital will be able to experience the same excitement and joy of building their own Lego sets as I do. If people still would like to donate a Lego or Duplo set, I will be collecting them for the next couple of weeks.