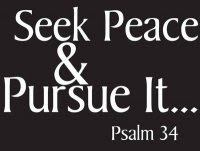 I didn't know Avi Schaefer first-hand, but the 21 year old Brown University freshman who was senselessly killed by a reckless driver in Providence, R.I. early Friday morning could just as easily have been my own son.

My son Ethan was a friend of his, as well as a fellow freshman seriously engaged in Israel advocacy, who happened to have a rabbinic father. So when Ethan called me on Friday, it is with some justification that he said, "If you hear anything about someone who was killed, it wasn't me." But then he added, "It was my friend."

As thankful as I am that it wasn't him, I'm shaken nonetheless, moved by the cruel randomness of the loss and touched by the impact Avi had in so brief a time. We often talk of potential when speaking of young adults. Avi's potential was vast, and it was already being realized.

He started college late because he served in the IDF for three years. He came back from the Israeli military to a very different kind of war, and immediately Avi became engaged in the battle for peace on a major college campus. He was not a "my-country-right-or-wrong" defender of Israel. Instead, he reached out to the other side. His outreach was not always reciprocated, however. Read this column he wrote last fall in the Brown Daily Herald. He said:

"Let’s figure out how we can work together to do something productive to honor your name and find our common ground. I am here, ready and anxiously waiting for you to work with me, not against me. Do not give me another reason to lose hope, because my patience is sadly running out.”

Avi already had begun discussion with a Brown professor to create a course that would allow real dialogue to take place. Meanwhile, his final project for the Israel committee was a major fundraiser, not for Israel, but for Haiti, which last week raised $4,000 on campus. Ethan tells me the whole thing was Avi's idea and he quickly had become a leader of Hillel's Israel committee, even as a freshman. Everyone looked up to him. Here's Avi's final blog post, describing that event.

He was loved by students, professors and many in the Providence community, touching more lives than one would think possible in so brief a time. He was advising the Providence police SWAT team, sharing the lifesaving skills he had learned in Israel.

Unfortunately, none of those skills could save him early Friday morning. No doubt Avi had traversed many dangerous valleys of the shadow of death during his tour of duty with the IDF. But that could not save him from a single (presumably) drunk driver at 2 AM on Thayer and Power Streets in Providence.

Brown Hillel was packed on Friday night, overflowing with sadness. Brown's president, Ruth Simmons, a visible presence in the Hillel building during the day, also shared in their Sabbath prayers that evening. She called Avi "a young man of inordinate strength and integrity." Read her entire letter here. The entire campus has been hit very hard by this. Read coverage of the Brown community's reaction from the Brown Daily Herald.

There are deep theological questions that need to be asked at some point, questions that Avi's father has no doubt faced often from grieving parents. Now is not the time to speculate why there was no providence on Thayer Street last week.

If students become more attuned to Israel's desire for peace through Avi's example, perhaps some comfort will be gained. How many American teenagers simply drop everything and join the IDF? That kind of sacrifice and dedication are so rarely seen. Maybe this supreme sacrifice will inspire someone else to build the same kind of bridge, one that can link the holy stones of Jerusalem to the ivy covered walls of American academe.

The students of Brown Hillel are creating a t-shirt in Avi's memory, with the verse from Psalms, "Seek peace and pursue it," to raise money for a new fund that has been established in his memory. See the design and details here.

The funeral was at Stephen S. Wise Temple in Los Angeles on Monday, Feb. 15. It was streamed to Providence and Israel and can be seen online here. The two hours you invest in watching it will change your life.

Among the many beautiful selections recited at his funeral was this poem by Hannah Senesh, another brilliant young soul, cut off far too soon: "To die."

To die… so young to die… no, no, not I.
I love the warm sunny skies,
Light, songs, shining eyes,
I want no war, no battle cry –No, no…not I.
But if it must be that I live today
With blood and death on every hand,
Praised be He for the grace, I'll say
To live, if I should die this day…
Upon your soil, my home, my land

My heart goes out to his family at this difficult time.
Posted by Joshua Hammerman

What can I say? You have spoken for us too, Parents of Avi's friend, Aaron. Friends since their trip to study In Israel on EIE. Thansk yo for reachng out to your community to share Avi's life.
D'vorah and Alan Horn-Greenberg