Originally published in the Times of Israel blog -


On a wing and a prayer

On this first day of summer, with the thermometer stretching toward record highs, my mind is piqued by pastoral visions. Heat rises, and it lifts our senses with it — and our gaze. With vacation beckoning, gas prices lower, and nature as green as it gets, things here in New England are literally looking up, at least until you turn on the news.
From my Boston area perch, I grew up entranced by Bialik’s bird. Hayyim Nachman Bialik’s first published poem, “El ha-Tzipor” (“To the Bird”), written in 1892 in frigid Russia, was as much a part of my childhood Hebrew school curriculum as the Sh’ma and learning how to properly remove chewing gum from the underside of a desk. Here, in translation, is a selection from that 16-stanza early Zionist classic:

“Greetings! Peace to you, returning
Lovely bird, unto my window
From a warmer clime!
How my soul for songs was yearning
When my dwelling you deserted
In the wintertime.
…Do you bring me friendly greetings
From my brothers there in Zion,
Brothers far yet near?
O the happy! O the blessed!
Do they guess what heavy sorrows
I must suffer here?
Do my brothers know and could they picture
How many rise against me,
How their hatred swells?
Singing, singing O my birdling,
Sing of the wonders of the land where
Spring forever dwells.”

Bialik was just 19 when he wrote this. The depth of his torment resembles that of the two separated young lovers of the Song of Songs, his mood swinging furiously between the extremes of youthful passion and despair. The poet, envious of the bird’s seasonal migrations to Zion, languishes in bitter exile.
Times have certainly changed. There is envy still, but for me it is more focused on the bard than the bird, for Bialik was able to yearn for Zion with an ardor that so few contemporary Jews express openly. I envy that passion. Meanwhile, that swelling hatred, once directed at Bialik’s generation in Russia, now is focused primarily on those very brothers and sisters in Zion that the poet yearned to join.
If Bialik’s bird could talk, it would tell us that spring still forever dwells in that Land, and that we in the Diaspora must re-intensify our yearning to be there. Even amid the rockets, the social inequities, religious intolerance and Byzantine politics, somehow, spring happens. 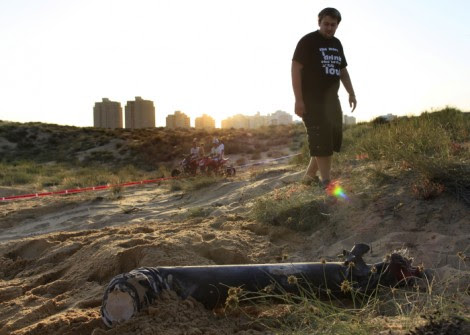 Spring among the rockets (photo credit: Tsafrir Abayov/Flash90)
And, if that bird were alive today, it might add something else, something Bialik could never have imagined: Spring also dwells in the very Diaspora that the poet yearned to flee.
From May to September, when the weather permits, my congregation often takes advantage of our synagogue’s rustic surroundings and prays outdoors. When we do, our chanting of “Lecha Dodi” is augmented by a chorus of birds overhead, including those man-made ones departing from LaGuardia, Kennedy and Newark, en route to Boston, Europe, and points east. And each week, like Bialik before me, I look up, marveling at what these migratory creatures might say if they could speak of their wondrous adventures.
When I was younger, I used to dream of being on those planes and flying to the most magical spots on earth, maybe even to Israel itself. In the cold northeast winters of my childhood, I imagined that each aircraft aloft, like Bialik’s bird, was most certainly headed to a place filled with palm trees, exotic music, and eternal spring – and possibly Herve Villechaize shouting out, “De plane! De plane!”
Then, one gorgeous midsummer Shabbat eve several years ago, as I was finishing the silent Amida with my congregants in the synagogue garden, I looked up, fixed my gaze upon a high-flying jet, and my perspective changed completely. Rather than speculating about it, I imagined a passenger on that plane looking down at us: a Jewish businessman, headed to London to close a deal, sipping his Dewars and missing his family, ungrounded, untethered to his past, and unaware that the Shabbat bride had just entered his air space.
So he looks down and sees a synagogue; he figures it’s a synagogue because there is no cross and, hey, it’s Friday night, and isn’t that when Jews pray or something? And outside on the lawn there’s a group of people, of all ages, singing together.
He sees us swaying, in harmony with the rhythms of the week and the seasons, encircling one another while gazing both upward and eastward. He squints and sees children laughing, and thinks of his own kids, who are probably playing Mortal Kombat or live-steaming “The Hunger Games” at that moment, or screaming at the dog. He swallows hard, leans back in his chair, and wistfully recalls those pointless bar mitzvah lessons of his childhood, and a young adulthood sacrificed to the rat race, wondering how everything got so crazy.
Like Bialik, he longs for a Promised Land he never knew. He wishes, more than anything else, that he could be on the ground, grounded, rooted, with us.
This man on the plane is now a bird of pray, gazing in astonishment at the scene of serenity below. Like Balaam, the biblical Moabite prophet (sent not by Bialik but by Balak, the son of Tzipor, I might add), this outsider wishes so much to reject what he is looking at, but as he opens his mouth, all he can do is echo the sweet song he is hearing in his mind’s ear, “How delightful are your sanctuaries, O Israel.” The bird sings.
There are Jews out there who have never heard of Hayyim Nachman Bialik, who yearn for grounding every bit as much as Bialik longed for flight. We know from the recent New York Jewish Community Survey that there are many more ungrounded Jews out there than there used to be. We’ve got to extend a hand and help them down from their perch. Whereas a century ago the bard was so envious of the bird, the roles have now been reversed. And where Bialik’s Zionism was rooted in the need for a Jewish refuge there, in Israel, the most Zionist thing we can do now is to make the Jewish pulse beat more vibrantly right here, and to lure back those who have long since taken flight from our synagogues and schools. They want to return — almost as much as they need to return — to us, and then, with our help, to Zion.
They gaze at us from far above, from first class or coach, in their offices or at home, with their perpetual jet lag and their unfulfilled lives.  Wherever they are, Bialik’s new birds are listening closely for us to sing, of the wonders of the land where spring forever dwells.
That springlike land is still to the east, but we still can build delightful and vibrant communities here in the west.
On the first day of summer, for their sake, we need to spread our wings. 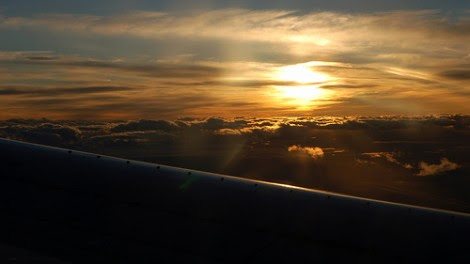