Israel's Elections 101: A Primer for the Casually Interested American 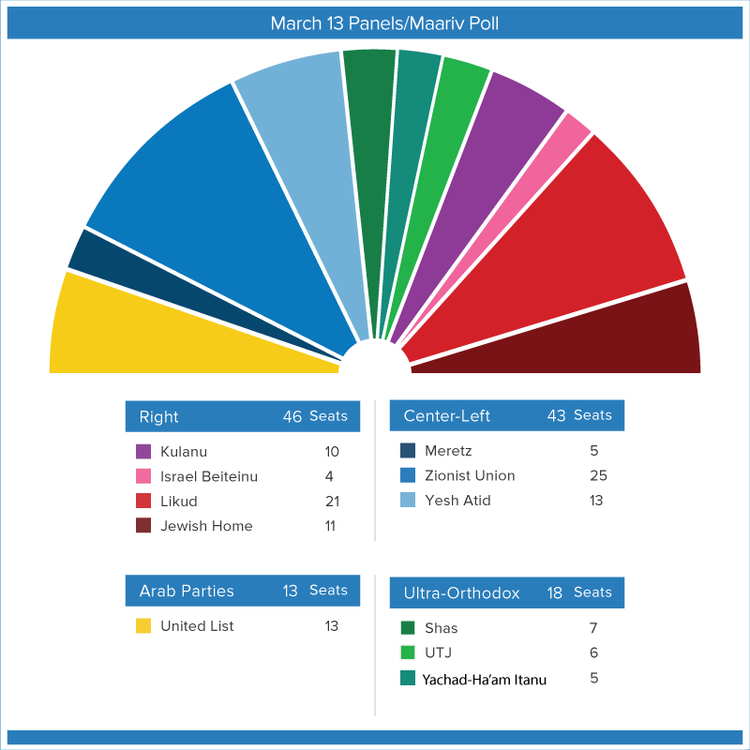 For those who follow Israel elections very closely (as I do), this year has been particularly interesting, with the possibility for big surprises on Tuesday night.  The threshold for entry into the Knesset was raised for this election (to 3.25% up from 2% of the vote), so no one really knows what to expect.  If a party doesn't make the threshold, it reshuffles the deck completely, which is why some of the smaller parties that used to gum up the electoral works have already fallen away.  Others have come together, including a number of small Arab parties  (the United List), which now may become the third largest party in the incoming Knesset.  Other parties, such as the left wing Meretz or Avigdor Liberman's Israel Beiteinu, may not make it into the Knesset at all - a true irony, since Liberman championed raising the threshold in order to keep out the Arab parties.   Ah, the best laid plans....

Speaking of best-laid plans, the Prime Minister called for these elections in the hopes of strengthening his hold on the government.  He may well be able to form a coalition (requiring a majority of the 120 seat Knesset), although his fortunes have been drooping markedly since his trip to Washington, which did not give him the bump he had hoped.  His best bet now seems to be some kind of unity government with the Zionist Union or a narrow right wing - religious alliance.

The kingmaker and wild card in the whole shebang appears to be the new Kulanu party, headed by the former communications minister Moshe Kahlon, who is a natural partner for Likud - except that he was spurned by Netanyahu and, since his prime issues are economic, could easily be compatible with a left wing government.  He also represents some of the Sephardic have-nots who used to form the backbone of Likud but now feel displaced. His list includes former Ambassador to the U.S. Michael Oren (part of the reason Oren was so critical of the timing of Netanyahu's recent visit to Congress).  If Kachlon does as well as he is currently polling, or better, the prime ministership will go to the highest bidder.

Another wildcard is the previous election's Flavor of the Month, centrist Yesh Atid and its charismatic leader Yair Lapid. Yesh Atid leapt forward by a good half a dozen mandates on Election Day last time and is rising again now.  It will be interesting to see if Lapid takes votes away from Likud or Zionist Union.  He could go into a new Netanyahu government but would prefer Herzog - it was his firing by Netanyahu that precipitated this electoral campaign.  The last election's other wonderkind Naftali Bennett, who advocates annexing some of the territories and expanding settlements, seeks to take Israel sharply rightward in a coalition with Netanyahu.

In order to be in the hunt for prime minister, I believe the Zionist Union needs to continue to run at least 3 seats in front of Likud, as it is now doing in most polls.  That would enable them to overcome some inherent electoral disadvantages (including that the Arab parties will not be part of a governing coalition).  Then potential partners will be more likely to fall into line and the President will look to Yitzchak Herzog to form the next government. 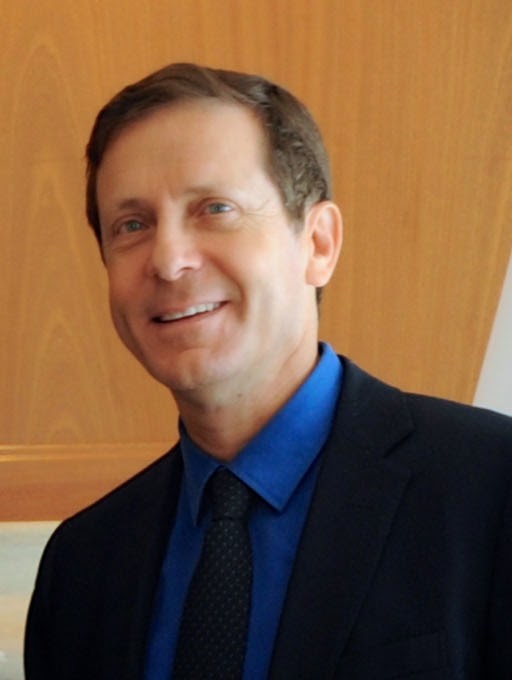 Americans don't know Herzog and Israelis have not been quick to warm up to him.  Think Steve Carell pre-Foxcatcher.  The voice, the look.... not prime ministerial - which is why he's been running commercials saying that Ben Gurion had a high pitched voice too.  His alliance with (proposed prime ministerial rotation partner) Tzipi Livni has had pundits calling into question his self-confidence and even his masculinity, but that move is what changed the game and thrust the combined parties into a close race with Likud.

In many ways we have something Israel has not had in a long time, a classic right - left battle with echoes of the ideological battles going back to Israel's founding generation.  In basketball terms, this is Lakers - Celtics (with the Spurs and Bulls vying for a piece of the action).  There is history here, there is DNA - the stuff of epic multi-generational novels.  Netanyahu's father Benzion was a Revisionist leader and personal secretary of Ze'ev Jabotinsky.  Herzog's grandfather was chief rabbi, and his father Chaim, a Labor party lifer, was UN Ambassador and then President of Israel.  And his uncle was Abba Eban, the most recognized spokesman for Israel the English language has ever known (with the possible exception now of Netanyahu).  Yitzchak's mother, Aura, is no slouch either.  When you look at the oratorical skills of his immediate ancestors, it's no surprise that Yitzchak is so soft spoken.   Imagine the kids trying to get a word in edgewise at those family seders!

In a sense, Netanyahu vs Herzog brings us back to Jabotinsky and Begin vs Ben Gurion and Rabin.  When all the other issues are pushed aside, Iran, housing, religion and all the others, it comes right back to the essential questions that have been in play since long before there ever was a state of Israel:  Will the land between The river and the sea ever be shared?  Will there be one or two states?  These questions are being played out again now, perhaps for the last time.

What are the stakes this Tuesday?  Whatever your viewpoint, they are enormous.  All those who love Israel should be praying hard this Shabbat.  (We should also be praying that the elections are not marred by terrorism or vigilante activity.  It has happened before, which is why the Palestinian Authority rounded up a number of Hamas activists this week).  Whatever transpires, there will be implications that will reverberate for years to come, far beyond Israel's shores.  It is hard to imagine that the Israel that wakes up on Wednesday will be the same Israel that went to bed on Tuesday.  What that will mean....time will tell.

Keep up with the Israeli Elections with Knesset Jeremy's collection of the latest polls.
Posted by Joshua Hammerman