The Aftermath, for "Us" and "Them" 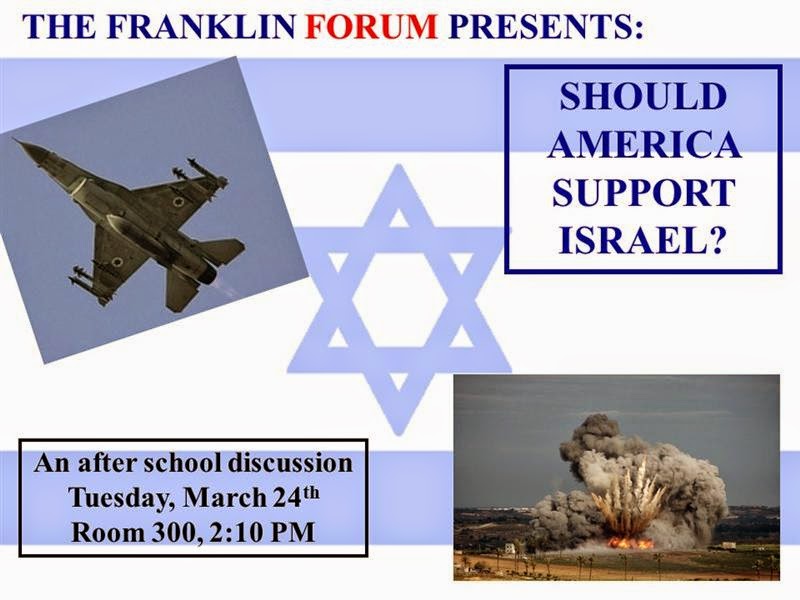 
The dust has only begun to settle following Israel’s elections this week. So let me sort out some what seems to have happened and what it means for the future.  I do this with the clear disclaimer that these observations are evolving by the minute, and that as an American rabbi who has always placed the fate of Jerusalem above my chiefest joy, I have an obligation to speak out.  The mere fact that I have to affirm that is very sad.  But that's the world we live in, a world of "us" and "them."

My first reaction to the late night news of the stunning margin of Prime Minister Netanyahu’s victory was not a pleasant one.  I did not sleep much Tuesday night.  Not because he won, because he was expected to be the most likely to form a coalition – and in fact I’m among those who thinks Israel needs to stand tough against the multiple external threats it faces. I am still skeptical about the pending US deal with Iran, for instance.

But it was the way he won, and the things he said, particularly during the final week.  I watched lots of it on Israeli media, and it wasn’t pretty.

Predictably, Netanyahu is now walking back his rejection of the two-state solution.  It will be harder to roll back the tone of his entire campaign, which, even by Israeli standards, was of the scorched earth variety.  When your campaign slogan is “It’s us or them,” it’s pretty hard to say “Just kidding,” especially given the frantic Election Day comments made about Arabs voting in droves.  So as he builds his coalition and platform, an important goal will be to coax the many shades of “them” back from the ledge.  In this case, “them” would include not only left wing and centrist Israeli Jews, but Israeli Arabs, the Obama administration, and any who still believe in the two-state solution which, a recent survey indicates, includes 78% of American Jews.

Predictably, also, the world responded with a complete lack of understanding for Israel’s predicament.  Few media outlets seem nuanced enough to understand the psychological blow of having rockets raining down on Israeli cities and towns all last summer, or the attacks in Jerusalem that have been ongoing ever since and the still-smoldering legacy of last decade’s bus bombings.

These scars are still real, and Netanyahu played on that – throwing in a Holocaust reference here and there (and everywhere) – and he managed to turn even some of Israel’s best friends into “them.”  This past week, the man seemed unhinged, his paranoia unfiltered.  Yes, some of Israel's enemies are very real.  But some of Bibi's aren’t enemies of Israel at all.   By the end of the campaign, everyone from Israel’s staunchest human rights organizations (the demonization of the New Israel Fund has been shameful), to America’s President, to the entirely of Scandinavia, were turned into “them.” True, as Jeffrey Goldberg wrote this week in a lengthy expose, things ‘aint great for Jews in Europe these days – and many of those things have do with anti-Semitism in all its ugly forms, but Netanyahu’s performance during the final days of this campaign did not serve the cause of European Jews.

It did not help Jews on campuses in the US either.  Those championing BDS will have a field day trumpeting that Israel has abandoned the two-state solution.  Google the word “apartheid” in Hebrew (אפרטהייד) and you’ll find nearly 85,000 results.  The topic that used to be the domain solely of anti-Semites is no longer taboo in Israel, and the future of the two-state solution, while not openly discussed during much of the campaign, was in fact the prime cause of this election.  It was the infamous “Jewish nation state bill” that Netanyahu wanted to push through.  When that bill met resistance, he went to the polls.  This bill eventually could lead to prioritizing the Jewish nature of the state over democratic values.  And this same bill would also define “Jewish” on Orthodox terms, thereby wiping out years of progress for more pluralistic visions like those of the “Women of the Wall,” creating more chaos with weddings, conversions and divorces (and if you don’t believe it’s already crazy, go and see the film “Gett,”  which is playing here in Stamford). The end result of a "Jewish state bill" would be to lay the groundwork for annexation of the West Bank and the subsequent adjustments to ensure a Jewish voting majority.  That's the great unspoken fear that overshadowed this election.  The A word.

So I went to bed Tuesday night wondering how I could continue to defend such an Israel, and how I could inspire my students to continue to do so, in the face of the blistering attacks they would face.  And how could I defend an Israel that had ceased to be a bipartisan cause sharing American values?  How could I help to stop the two natural allies, Israel and America, from continuing this inexorable drifting apart?

It’s now become clearer than ever before that Israel and American Jewry are also drifting apart, despite the herculean efforts of Birthright Israel, Hillel and other organizations.

As Rob Eshman wrote in this week’s LA Jewish Journal:

If there is one lesson American Jews will learn from Israel’s election, it’s this:  they’re not us. Israel is not New York. Or LA. Or Chicago or Boston or Miami or Philadelphia. It is a Jewish “community” unlike any in America.  Israelis went to the polls this Tuesday and returned Prime Minister Benjamin Netanyahu to office.  Had Bibi run versus Isaac Herzog among American Jewish voters, he would have lost.  He would have lost almost as badly as Barack Obama would lose against Bibi in Israel.   The fact that Netanyahu garnered 29 mandates against his opponent’s 24 was as shocking to the majority of American Jews as the fact that  Jewish Americans voted overwhelmingly – twice – for Barack Obama is to most Israelis.

For years the greatest myth American Jews have been telling themselves is that Israeli Jews are just like us. That works because we tend to prove this to ourselves by cherry-picking the Israel we most identify with.  We fell in love with Abba Eban like the French love Jerry Lewis.  Israelis, meanwhile, mocked him.

So when I went to bed Tuesday night, in essence, I was asking myself how I could continue to be a rabbi – because, like it or not, to be a rabbi means, in this generation, to possess and impart a deep love for our Jewish state.  The love is unconditional, even when it has to come in the form of stern rebuke.  But do I have it in me to continue to rebuke and rebuke? Do I have it in me to risk being consigned to Netanyahu's (and his allies') growing list of "them" even as my every sinew since birth has been dedicated to the building of the Jewish state?

Then I woke up, took a deep breath and a long look at the numbers, and I felt much better.  Why?

Just a hunch, but just as Israel has had a knack of turning its greatest moments of promise into disasters (see: Oslo), it has also managed to turn the most foreboding lemons into lemonade (see: Yom Kippur War).

In fact, what this election managed to do was to create a more moderate government. Perhaps.  Bibi’s last minute lurch rightward was sufficient to decimate some smaller parties to his extreme right, and the makeup of Likud is more moderate than it was, so some of the most extreme elements of Likud and the Jewish Home party are no longer there. Plus, the most extremist group, Yachad, with ties to Kahane’s racist legacy, did not make it past the 3.25% threshold.  The Haredim will likely be part of the mix, but their numbers were also reduced by Bibi’s blitz.

Plus, the remarkable showing of the unified Arab party has turned it into a significant player in the Knesset.  With the trend being toward consolidation of small parties, both Jewish and Arab, we are seeing the beginnings of a return to big-tentism, where there is strength in numbers.  Fewer and less ideological parties tend to veer governments toward moderation and compromise (except, of course, in America).  I see this as a government that will be more flexible in key areas.

And then there is the Cachlon factor, which I mentioned last week.  He indeed will be the kingmaker and his demands will be steep.  The finance ministry for sure.  But I hope among his demands will be one that for the rest of the world and for the American-Israel relationship could make all the difference.

Oren dealt himself a royal flush when he elected to go with Cachlon and the Kulanu party.  Oren, the American-born former ambassador to the US, was critical of the Netanyahu visit to Congress but has otherwise been very supportive of Israel’s positions regarding Iran.  He is as bipartisan as they come – as ambassador he knew how to play the DC game and everyone trusted him.  He can state Israel's case before the world better than anyone – including Netanyahu himself – since Abba Eban.  His positions on the most sensitive issues are reasoned and consensus generating. For instance, he believes that settlement expansion can only occur in those areas that the parties (including the US) have affirmed will be part of Israel in an eventual two-state arrangement.

And the most rational thing about that position is that it presupposes that a two-state solution is the goal.

It doesn’t matter what Israelis think about Oren - they barely know him.  A strong English speaker with intimate knowledge of America and impeccable diplomatic skills needs to be the face of Israel to the world. Netanyahu understands that more than anyone.

If Oren becomes foreign minister, all the problems won’t magically go away, but the tone will change significantly and immediately.  It almost goes without saying that the first thing this foreign minister will have to do is replace the current ambassador to the US.  If I were a major American Jewish leader or champion of Israel from either party, I would be recommending such a reset, as soon as possible.

And you know what?  I’m crazy enough to believe it will happen.  While the two-state solution will remain on life support for the foreseeable future, rumors of its demise will hopefully prove to have been premature.

Meanwhile, election politics are only a small part of the miracle that is Israel.  Read this letter from Nigel Savage of Hazon, describing the amazing things happening in Israel from an environmentalist perspective: an organic farm run by at risk teenagers, a new sustainability center in Gilo, a waste dump turned into Tel Aviv’s Central Park.  Thanks Nigel, I needed that!

So Israel has not changed dramatically or irrevocably over the past couple of days.  Israel is always changing, even as its most intractable challenges never seem to go away.  But nothing stays quite the same, either. Israel will continue to amaze us, surprise us, confound us and anger us.

And we will continue to engage with it, to love it and to struggle to help it realize its potential to be a light unto the nations and both a beacon of inspiration and a refuge of security for the Jewish people.

So I can continue to be a rabbi.  But for the next few years, I'm really going to have to earn my salary.
Posted by Joshua Hammerman

Email ThisBlogThis!Share to TwitterShare to FacebookShare to Pinterest
Labels: Israel