Shabbat-O-Gram
The Shabbat Ann
ouncements are sponsored by Devra Jaffe-Berkowitz and Parry Berkowitz and
Beth and Ray Baer in honor of their daughters. Zoë and Georgia, becoming B'not Mitzvah this Shabbat.
Shabbat Shalom - and Mazal Tov to the Jaffe-Berkowitz and Baer families, in particular to grandparents Sari and Alan Jaffe and Betty and Sherwin Baer.  It's hard to recall a time when we've had a pair of three-generation celebrations on the same Shabbat!

A personal thank you to TBE member Lindsay Rosenberg, for making possible the superb concert that will take place here on Sunday night, featuring Franc D'Ambrosio and Cantor Fishman.

Last weekend I was honored to officiate at the wedding of Marisa Levi and TBE's own Andrew Staines, in Charleston, S.C..  I'd never been to Charleston before - I'll talk about the place a little at services this evening. It is called the Holy City and now I can understand why.  For now, I want to share a few photos, of the synagogue, the oldest in continual use in the US, of the Emanuel AME church, site of last spring's horrible murders, and finally, of a spectacular sunset view of New York that greeted us on our return. 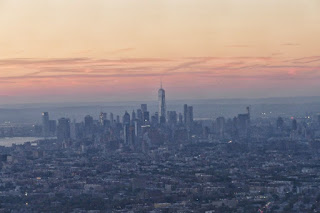 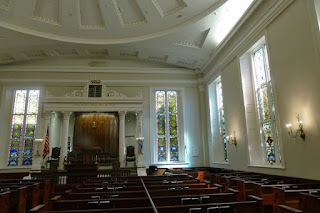 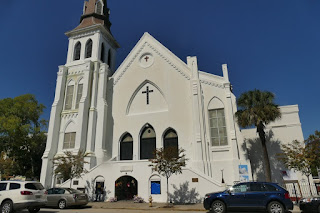 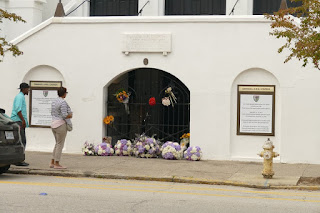 This weekend has been declared a Shabbat of Unity with the People of Israel.  It was kicked off last night with a very meaningful prayer vigil bringing together our entire Jewish community and sending a strong statement of solidarity. Along with many other Conservative congregations, we'll be reciting this kavannah (meditation) written by Rabbi David Wolpe, as we pray for the safety and security of Israel's citizens and the healing of the injured victims.

El Maleh Rachamim -- Compassionate God,
We pray not to wipe out haters but to banish hatred.
Not to destroy sinners but to lessen sin.
Our prayers are not for a perfect world but a better one
Where parents are not bereaved by the savagery of sudden attacks
Or children orphaned by blades glinting in a noonday sun.
Help us dear God, to have the courage to remain strong, to stand fast.
Spread your light on the dark hearts of the slayers
And your comfort to the bereaved hearts of families of the slain.
Let calm return Your city Jerusalem, and to Israel, Your blessed land.
We grieve with those wounded in body and spirit,
Pray for the fortitude of our sisters and brothers,
And ask you to awaken the world to our struggle and help us bring peace.

And the Children Shall Lead Us

Amidst the palpable and growing despair over the current violence, there are some oases of hope.  One is a bold educational experiment called "Hand in Hand," which brings together thousands of Jews and Arabs in six schools and communities throughout Israel.  You might recall that this school was firebombed by Jewish extremists last year, and the students subsequently were invited to light Hanukkah candles at the White House.
But just as young Arabs in East Jerusalem and elsewhere are the ones whose minds are being poisoned by anti-Israeli incitement on social media - and so many of the "lone wolf" attackers have been teenagers  - so are young people, Jews and Arabs, among those who are providing the first glimmers of hope.
Hand in Hand's response was featured in this inspiring (subtitled) report from Israel's channel 10 news as well as on the cover of Yideot Jerusalem a local section of the Friday paper of Israel's major newspaper Yedioth Ahronoth, on October 9, 2015, with a full article within the paper itself.   Here is a translation of that report:
Nadia Kinnani and Arik Sporta, Principals of the Max Rayne Hand in Hand Bilingual School in Jerusalem After returning to school this week, the first lessons were dedicated to class discussions. Both Jews and Arabs expressed concern and frustration about what is commonly referred to as the "conflict". But alongside these feelings were also pride, determination and confidence in the justness of the path they are treading together.

There are those among our student body, both Jews and Arabs, who are apprehensive about traveling on public transport wearing their school shirt with Arab writing emblazoned upon it- and so our students, both Jews and Arab, organize to walk to school in groups so they won't be exposed to trouble on the streets. There are Jewish student activists that attend demonstrations while understanding the difficulty in their Arab friends joining them there. One student spoke of her experience traveling to school through East Jerusalem where she passed by burning garbage cans and surprise spot-checks; another student was attacked in the evening in a local mall by a group that detected his Arab accent. But the bottom line is that most students still arrived to school this week, to this safe yet complicated place, a place that inspires confidence in our path, our place.
Our students know that it is here where we will contend with this terrible wave of violence. It is the courage of their parents to continue sending them to school, despite their trepidation; It is thanks to the students that see their bilingual education not only as a requirement, but as a personal statement; And it is thanks to our teachers, who sustain the daily routine of educating towards values; against violence and the killing of Jews and Arabs.
Alongside the many differences, we witnessed this week something important that is shared by both our Jewish and Arab students: a desire to not be satisfied by the daily act of arriving to school as a response to this period of violence, but to go out from its protective walls to initiate social and civic engagement in an attempt to end the violence.
Our students are right, and we cannot leave the arena of positive action to them alone. It is during this time that our role as school principals becomes clear: We, as educators in the city, call upon the educational leadership of Jerusalem to learn from our students and to initiate formal civic action against the violence, to ensure that it does not dictate daily life in our city. The younger generation is showing us the way, and it is our responsibility to choose to traverse this path with them.
I am pleased to announce that we will be visiting "Hand in Hand" next May on our interfaith pilgrimage to Israel.  That trip came closer to becoming reality at a preliminary meeting this week, where community members expressed significant interest and excitement and the tour coordinator discussed the itinerary and otherdetails.  See the flyer at the bottom of this e-mail and click here to check the updated itinerary.