The Shabbat-o-Gram is sponsored by Inga and Luciano Tuluca in honor of their daughter, Leah, becoming a Bat Mitzvah on Shabbat afternoon 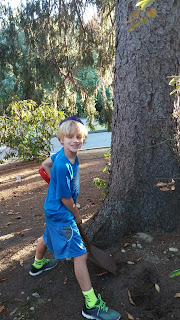 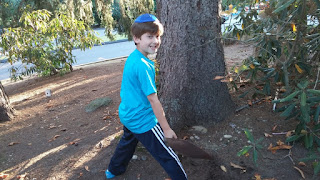 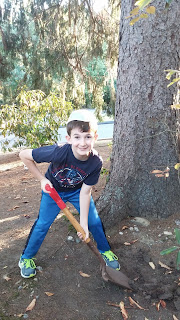 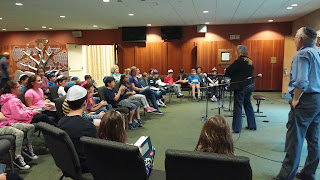 Our Hebrew School in action:
4
th graders' time capsule of Rosh Hashanah wishes
and tefila (prayer) with the me and Cantor Fishman

Mazal tov to Leah Teluca, who becomes Bat Mitzvah on Shabbat afternoon.   And Mazal Tov to the Mets as well!

This Sunday evening is the 20th anniversary of the assassination of Prime Minister Rabin by the Hebrew calendar.  At services on Friday evening at 7:30, we'll recall this moment in word and song, as we did on Yom Kippur.  On Shabbat morning, our Torah study will unpack ideas from  Avivah Zornberg's magnificent literary commentary, "Genesis: The beginning of Desire." If you would like to read the chapter in advance, you can download it here (but no advance preparation is required).

This week, we continue to worry about the terror in Israel, which took the lives of two more Israelis, as well as acts of reprisal that have caused great concern, including the mob lynching of an Eritrean asylum seeker who was an innocent bystander in a Beersheva terror attack.  The terror attacks, primarily stabbings, have occurred almost daily; on Thursday, two terrorists tried to board a school bus in Bet Shemesh. They wounded one person before being subdued.  We cannot overestimate the impact on everyday existence of always having to be "watching your back," in the face of this wave, which appears to be becoming the "new normal," though there are some small signs that this fever is beginning to run its course.

If it is, it's not because of any constructive words coming from those in power.  I am troubled by the apparent unwillingness of leaders on both sides to lower the temperature - including yet another N.H.A. (Needless Holocaust Analogy), this time by Prime Minister Netanyahu, who, in his zeal to paint the Palestinians with a genocidal brush, seemed to absolve Adolf Hitler of responsibility for the Final Solution - a gaffe that resulted in the absurd scenario of the German government pleading, "No, it's our fault!"

Meanwhile, another illustrative dispatch from my son Dan contrasting two places where Arabs and Jews live in close proximity of each other. One of them is Lod, where he is working in an Arab school, helping the students to learn English.  See the photo below (Dan is on the right). #couldnotbeprouderofwhatheisdoing 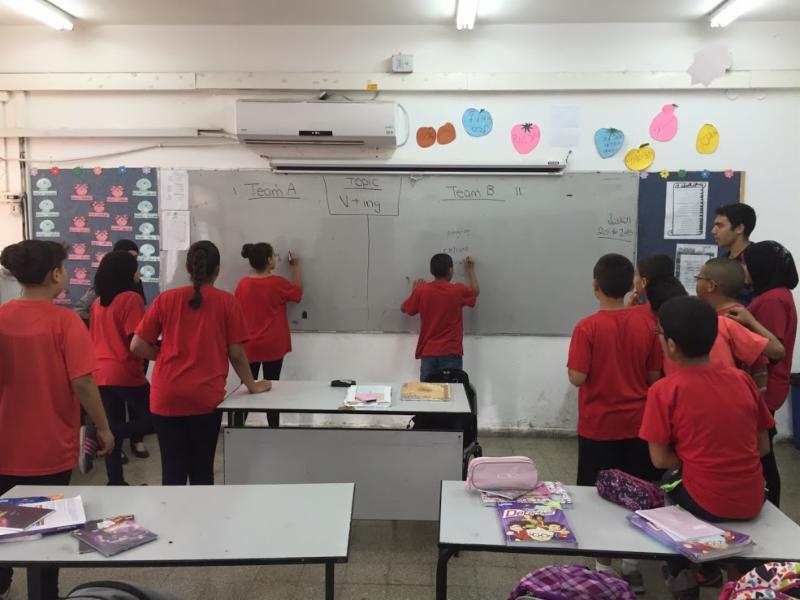 Our TBE Family in the news....
Let My People Know: A Proposal

An important new survey of was released this week by the Cohen Center for Modern Jewish Studies at Brandeis.  This study is the first comprehensive assessment to examine the religious upbringing, college experiences, and current attitudes and practices of millennial children (born between 1981-1997) of intermarriage.

The great news is that a many more of them are choosing to identify as Jews than was indicated in prior surveys.  This trend would have an immediate impact on Jewish population estimates, raising the figure to as high as 7 million in the United States.

Some will claim that many of these self-defining Jews are not Jews by traditional halachic standards.  But that begs the point - the fact is that they want to be seen as Jews and are proud of it.

Many will also ask whether it matters that one be called a Jew if there is little or no Jewish content to that person's life.  Is that kind of identification sustainable to the next generation?  With affiliation and observance levels down and Jewish literacy decreasing, it is debatable whether these high identification rates will have legs.  But it was even more debatable a generation ago, when only 28 percent of children of intermarriage were being raised as Jews.  That number now has apparently increased significantly.  Among Birthright Israel applicants of interfaith families, 77 percent are identifying as Jews.  Still Jewish literacy is a prime concern.
This recent essay by David Bernstein in e-Jewish Philanthropy details the problem from a historical perspective.  During the height of Rome's world dominance, Jews were said to have comprised 10% of the Roman Empire's population, an astounding number.  But that number dwindled quickly, according to one book cited in the essay, because of the lack of basic Jewish literacy among that population.

A knowledge of basic Judaism instills a comfort level that fosters further exploration and makes it much easier to pass through those scary doors of the local synagogue, or other community gateways.  It also enables Jews to speak a common language, one that goes beyond schlepping, finagling and chutzpah!  A common language will help us to draw in this next generation, combined with the warm embrace of a community that reaches out and welcomes them.  I feel that outreach needs to be our #1 priority, and opening doors wider to a community that offers a nonthreatening approach to Jewish literacy will help us to achieve that.

As the essay states:

"The typical Jew in a Western country today may be a highly educated professional, but is Jewishly only semi-literate. His (or her) Jewish education was from a Sunday school, or afternoon congregational school. Forgetting about the quality of that education, it is extremely limited in its intensity, and usually not much reinforced at home or by the suburban environment in which so many Jews live. Many Jews cannot read Hebrew at all; of those who can, many can sound out the words, but without comprehension....  In the struggle for Soviet Jewry of the 1970's and 1980's, there was a slogan: "Let my people go!"  What if we used a slightly different slogan: "Let my people know!""

"Imagine a worship community that values Jewish learning and literacy, and where members find depths of meaning in the regular study of Jewish texts. A community where members are inspired to acquire the skills needed to navigate Hebrew liturgy, and where members regularly chant Torah and haftarah, deliver divrei Torah, and lead in so many other ways."

Imagine indeed.  We have long tried to build such a community here, encouraging service involvement and learning on a number of levels, with many gateways (including virtual ones, like these Shabbat-O-Grams).  We also have an Intro to Judaism class going on right now.   But people are busy, or shy, or whatever, so many who would otherwise want to take such a class do not.  Many tell me that adult education is always the second most important priority on a given night. They would love to do it, but....

So I want to propose a much easier way for our congregation to make a concerted effort to increase Jewish literacy this year - and you can do it at home, on your own time.

All you need are three things:

1)     A book or online source for the answers (I recommend Telushkin's "Jewish Literacy" and MyJewishLearning.com
2)     A blank journal (either paper or electronic)
3)     The "Let My People Know" questionnaire

Take a look at that "Let My People Know" questionnaire.  It is an adaptation of something I used to use for b'nai mitzvah families.  This project is just in its beta stage, so I need your feedback.  How could this project best be implemented?  Would it be best to organize into small groups (described on our website as havurah groups), so people can periodically meet to share their progress? Or should people work with me directly as they complete sections of the project?  Are there areas that you feel should be emphasized more - or less?  How should we recognize those who have completed it?  At services?  On the High Holidays?  Or not at all?  I look forward to hearing your feedback.

Meanwhile, you can feel free to simply start completing the tasks on your own. If a few people become a little more Jewishly literate from this experience, to that I will say, Dayenu!

Oh, and what does Dayenu mean?  Check it out.
Shabbat Shalom!
Rabbi Joshua Hammerman