We Can Light Up the Darkness... 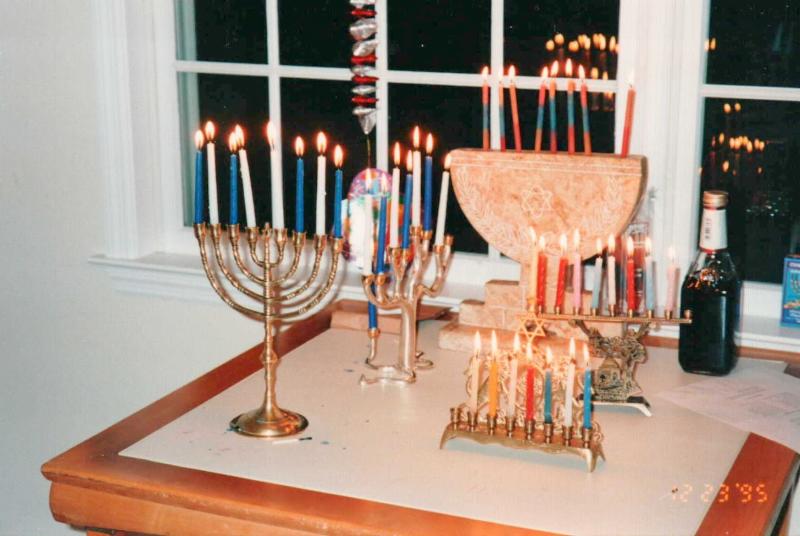 We Can Light Up the Darkness...
... with our Friday night celebration of family and community
After another horrible week in the world, we need to come together to celebrate.  This Friday at 7:30, we celebrate the 50th anniversary of George and Phyllis Heller and we also feature Future 5, a non-profit in downtown Stamford that helps motivated low-income high school students in Stamford achieve their full potential, strengthening a student's self-esteem through character building workshops, job preparation programs and one-on-one coaching. Future 5 students develop the motivation and a game plan for achievement in school and life.  Along with TBE's Dana Horowitz, who is Future Five's development director, we will hear from Clif McFeely, Founder and Executive Director, as well as a couple of student members.
If you can't make it to services, you now have two options:

1)     If you are local and need a ride, we'll provide one for you through our new Shabbat "Pick Me Up" program - contact our office for more info.

2)     If you can't make it here for whatever reason, we are now live streaming our services weekly. You'll recall that our system was installed a little while back, dedicated to the memory of Hesh Romanowitz.  We are now rolling it out in full.   Click here to find our TBE Livestream home page and follow us.  You'll receive an e-mail link to each service we are streaming.  You can also see some archived services there. Now, wherever you are in the world, our services can be there with you.  While the quality of the video is pretty good, it doesn't come close to the experience of being here.  But our music is just too good to keep to ourselves - we want to share our light with the world.
We Can Light Up the Darkness...
...With Hanukkah lights

Check out my archive of Hanukkah postings and information.  Also see:

Special Blessings for Each Night, from the Rabbinical Assembly:
Eighth Night: For the Jewish Light that Illuminates the World
Seventh Night: For the Land/State of Israel
Sixth Night: For Our Ancestors
Fifth Night: God's Candle is the Human Soul (Proverbs 20:27)
Fourth Night: For Jewish Community
Third Night: For Every Day Miracles
Second Night: For Living in a Free Society
First Night: For Religious Freedom

From MyJewishLearning
From T'ruah: The Rabbinic Call for Human Rights
See more texts on light from T'ruah

We can Light Up the Darkness...by bringing hope to the plight of refugees.  See this letter signed by 1,000 rabbis on behalf of  HIAS (and I'm one of them)

We Can Light Up the Darkness...
...with the ENOUGH Campaign's 3rd Annual Vigil of Hope, next Thursday

This week's mass shootings in Colorado Springs and San Bernardino, on top of the continued attacks in Israel and around the world, leave us wondering what, if anything, can be done to stem the endless tide of violence and hate.  While each attack has its own unique causes, whether ideological (and often religion based), personal or social, there are things we can do to begin to stem that tide.  One of those is to support the efforts of the Enough Campaign to reduce gun violence.  On Dec. 10 at 5:30 there will be a vigil outside Stamford's Old Town Hall.

We Can Light Up the Darkness...
...with women's participation in the Kotel's Hanukkah lighting
Just as at the time of the Hanukkah story, the Temple precinct has been in great need of purification - in this case, purification from discrimination against women.  I'm pleased to inform you that the Temple has been liberated once again, and to share this update from Anat Hoffman on the "Right to Light" campaign that we heard about when she spoke here last month:

On November 30, 2015 the Attorney General's office wrote a letter to Rabbi Shmuel Rabinowitz, administrator of the Western Wall and Holy Places, in response to Women of the Wall's campaign. The bottom line: the Hanukkah candle-lighting ceremony he has conducted until now constitutes discrimination and a violation of the commitments of the government's report on the exclusion of women in the public sphere. In the closing of her unprecedented letter, Assistant Attorney General Dana Zilber writes, "Preventing women from participating in national ceremonies is wrongful discrimination and we request that [Rabinowitz] ensure this fact is not taken for granted and that steps are being taken to include women in the national candle-lighting ceremony on this coming Hanukkah at the Western Wall." Zilber requested that the AG's office receive a list of all those expected to participate in the ceremony this year, to assist with the enforcement of the decision on the matter.

Anat Hoffman, Women of the Wall Chair: "It is almost graphic how Women of the Wall were the match that ignited the flame on the first candle to ever be lit by a woman at the national Hanukkah ceremony at the Kotel. Whatever woman is chosen for this great honor, she is standing on the shoulders of Women of the Wall who struggled for 27 years to achieve freedom for women at the Western Wall. It is clear to me that one candle dispel a whole lot of darkness but no amount of darkness can extinguish that candle."

Read more about this Miracle at the Kotel.  And stay tuned to see what happens...

We Can Light Up the Darkness...
...even as we pray for rain to fall

December 4 is an important date on the Jewish calendar.  The Jewish calendar?  Yes, it's true, since this is the day when a prayer in the weekday Amida switches to winter mode, asking for "rain and dew for a blessing" rather than simply "a blessing." Click here to read the full explanation, much more than you ever thought you would wanted to know about this topic!

We Can Light Up the Darkness...
...by not being paralyzed by fear (a d'var Torah for Vayeshev)

Fear is all around us. We live in a constant state of uncertainty.  We can leave to the pundits to argue over what constitutes terrorism, and whether we should be more afraid of people who murder because of ideology, religion, mental instability or simple, unadulterated hate.  Murder is murder.  The fact that so many have the desire to commit mass, random murder is not new. The fact that they have the ability to do so, and acquire sophisticated weaponry so easily, is.
It is so easy to become confused by all the posturing among pundits and politicians, which only paralyzes us all the more.

In the portion Vayeshev, chapter 39 of Genesis, Joseph is confronted by the greatest test of his young life, the advances of Potiphar's wife.  She finds him handsome, wants him and from her position of power, and proceeds to embark in a campaign of what we would call in our day sexual harassment in the workplace.  The Torah gives us Joseph's response to those advances in verse 8, "But he refused, and said unto his master's wife: 'Behold, my master, having me, knows not what is in the house, and he has put all that he has into my hand."

It all sounds very clear-cut and courageous.  But the musical cantillation for the word "he resisted," "Va-y'ma'en," tells another story entirely.  It's a shalshelet, a note found only four times in the entire Torah (listen to it here). This roller-coaster of a note goes up and down three times, and wherever it is used it connotes hesitation, accompanied by the recognition of a fateful personal choice that needs to be made.

Rabbi Steven Nathan comments that Joseph was actually living in a world of shalshelet.  He writes, "For at various times in our life we all live in the shalshelet, that long, drawn out, wavering place where all seems uncertain."  In his commentary, he is speaking about sexuality and identity.  But I think the analogy can also apply to violence and fear.

We often speak of becoming numb to the endless wave of mass murder, and to a degree that's true.  The list of mass shootings has become so endless that we barely have time to assimilate Colorado Springs before we need to shift focus to San Bernardino. Attempts at mass murder have become daily occurrences in so many locations, including, of course, Israel and the West Bank.  See the list of recent attacks here.   Media outlets by now have routinized their coverage of these events, just as the politicians have routinized their responses.  Murder has become all so routine.

It's easy to become numb, to be paralyzed both by overwhelming, apparently unstoppable wave of horror that we confront, and by our fear to do anything or say anything about it.
We need to resist that fear and break that paralysis.  We need, as Joseph does, to assume control over our lives and to act courageously.

The Talmud (Yoma 36a) shows how Mrs. Potiphar tried to seduce her prey.

Not even Mrs. Robinson went to such lengths to seduce Benjamin Braddock.

The Talmud (Sota 36b) then provides a detailed picture of Joseph's inner struggle:

"The image of his father appeared to him in the window and said, 'Joseph, your brothers' names are destined to be inscribed on the stones of the [high priest's] apron, and you will be among them. Do you want your name to be erased? Do you want to be called an adulterer?'"
In the end, the ambivalence of the shalshelet is transformed into an amplification of the refusal.  He doesn't just refuse her, he does so three times in a single word.  His "No!" becomes "No! No! No!"

I can almost hear Joseph banging on the glass, a la Benjamin Braddock at the church door, proclaiming that his ambivalence toward life is now over, and he is ready to forge his destiny, rather than being the passive pawn in someone else's game.

With the wave of terror so intense in our lives, we need to say "No! No!No!" to it by affirming life in the face of death.

How do we do that?
On this Hanukkah, let's fight fire with fire.  As this conflagration of madness engulfs the world, let's defeat it by lighting one, simple flame - and then courageously add one more each night, until the whole world is filled with our light.