Shabbat-O-Gram for the end of Pesach

"The flowers appear on the earth, the time of singing has come, and the voice of the turtledove is heard in our land."
Song of Songs 2:12 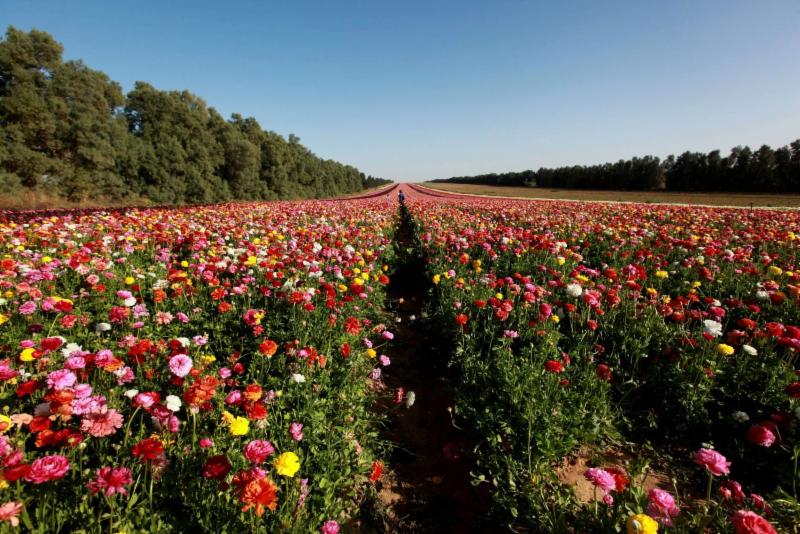 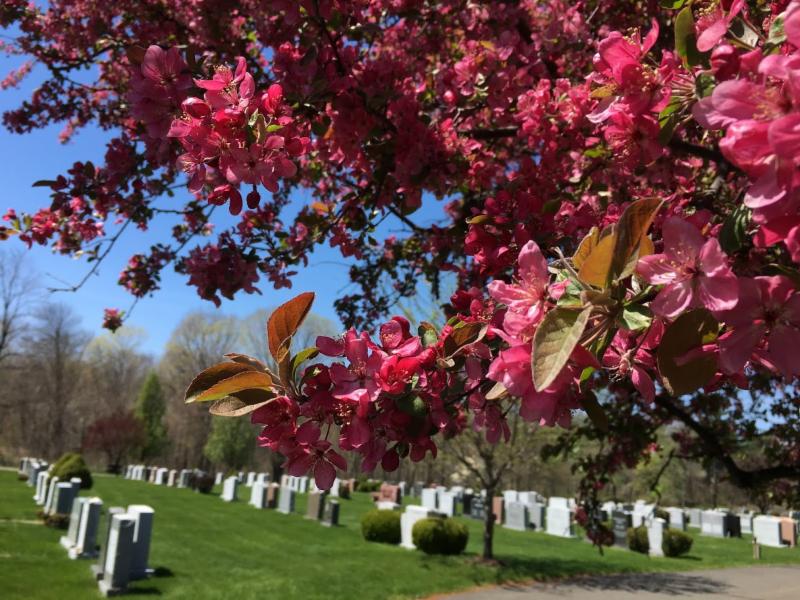 Happy End of Passover to all.  The seventh and eighth days are full festival days; our office will be closed on Friday and services will take place on Friday and Shabbat mornings at 9:30.  On Friday, Gerry Ginsburg will give a guest d’var Torah.  Saturday’s service will include Yizkor prayers.  The festival ends on Saturday night slightly after 8:30 PM, or whenever three stars appear in the sky and the aroma of hot bagels rises over Fairway.  Ironically, Israelis, who normally observe only seven days of Passover, will also have an eighth day of breadlessness, because the festival runs right into Shabbat.  Sorry about that, Israelis (not!). 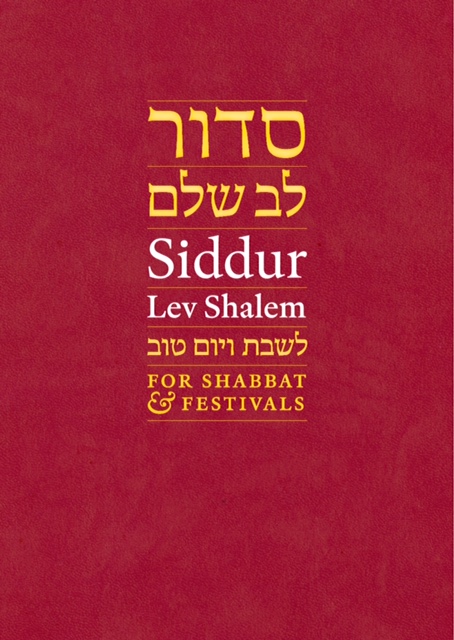 Friday night’s service will be at the usual time of 7:30. Since I will be “going solo” this week (we miss you, Cantor Fishman!), and since the service is abridged (we skip Lecha Dodi and other parts of Kabbalat Shabbat on a festival) I thought we would take the opportunity to sample the new Conservative prayer book.  Read about Siddur Lev Shalem here.  Our ritual committee has taken a good look at it and recommended it.  I’ve also been sharing insights from it over the past several weeks and inviting those attending our services to peruse the text.  Before our board discusses it over the coming weeks, I thought it would be a nice idea for us to take it out for a test drive at services. You can call it a text-drive.  Your reactions will be most helpful!  On Friday night we’ll also be getting a briefing on the much anticipated arrival this week of a Syrian refugee family to our community.

Go in Peace, Return in Peace

Several of our students and families will be heading to Israel this coming week with Carmel Academy and Bi Cultural Day School, and Steph and Mindy Hausman will be going on the March of the Living.  We wish them all a safe and amazing journey! And if any of them are in town this Friday or Shabbat, we are offering an aliyah to the Torah and special blessing, on the house!

Mazal tov to our 7th Graders (class wedding is Sunday)! 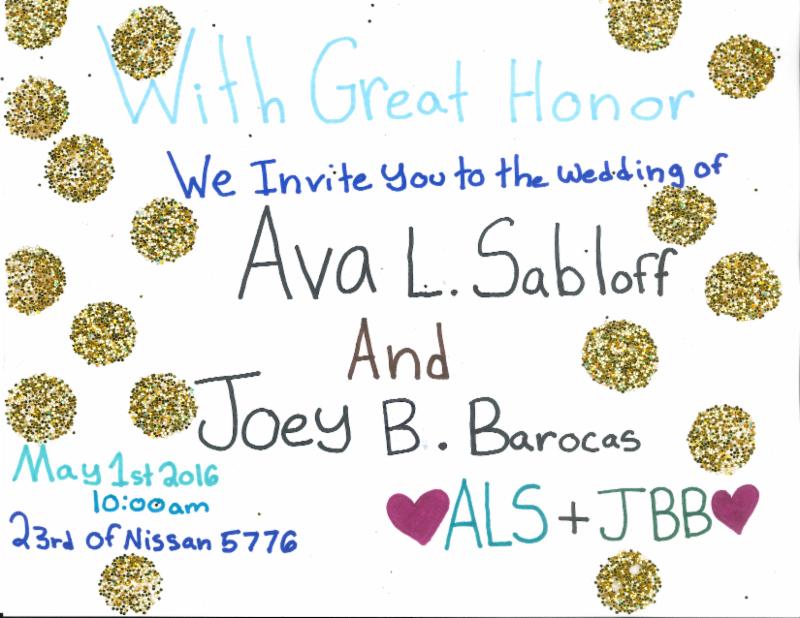 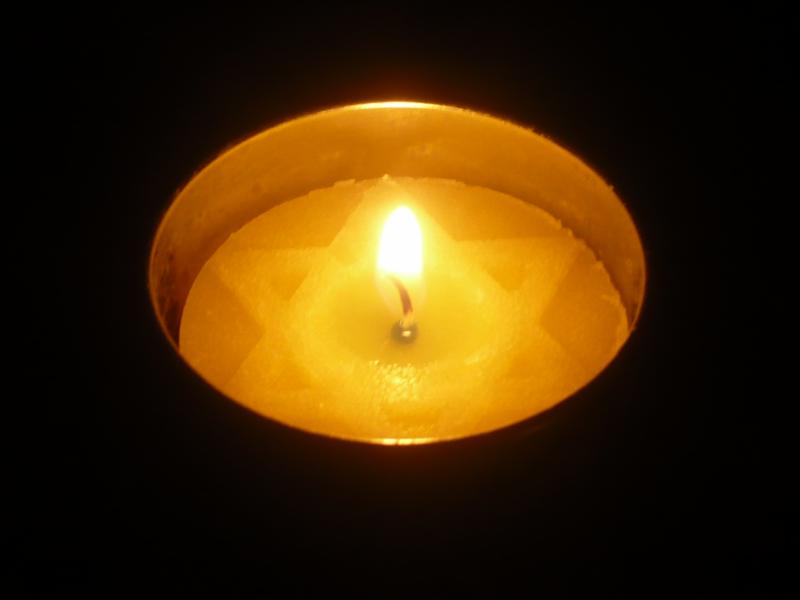 It’s customary on Passover to read the Song of Songs, arguably the greatest love poem ever written (with a polite nod to a certain W. Shakespeare).  In a speech delivered in early April to a group of interfaith scholars,  Rabbi Arthur Green looked at the centrality of the Song of Songs in framing Judaism as a path of love, rather than legalism and obedience.  He writes:

The Song of Songs was in fact first spoken at Sinai itself, the day of the mystical marriage (between God and Israel). While the public voice of God may have been heard as declaring do’s and don’ts, at the very same moments He was whispering sweet nothings into His beloved’s ear.

To stand in God’s presence, Green asserts, is to live a life shaped by love.

As you all hopefully know by now, this message has been a central one in my own rabbinate.  It has been an uphill climb to convince people that Judaism really is a religion based on love, for two main reasons:

One is that it flies in the face of what the non-Jewish world - as well as most Jews - have long considered Judaism to be.  We’ve bought into the notion of the vengeful “Old Testament” God and of Judaism's obsession with do’s and don’ts.  It’s noteworthy that the Song of Songs didn’t make it into the Hebrew Bible until the last possible minute, during the second century - by which time the Gospels had already taken shape, along with their negative stereotypes of Judaism.  Perhaps Rabbi Akiva had that PR problem in mind when he became such an advocate for adding the Song to the canon.

Secondly, there is the specter of the Holocaust.  Green understands that it is very difficult to speak of God’s love when so many are still asking where that loving God was in 1944.  Green asserts that the Jewish soul is only now beginning the slow process of recovering from that trauma.  That progress is enabling us once again to explore spiritual path of openheartedness and compassion, less burdened by anger, cynicism and grief.


Green’s essay is an important one, especially this week, as we are nestled between past and future, closing Passover and re-reading the Song of Songs as nature comes to life around us, while anticipating Yom Hashoah this coming Wednesday night (join me at our community commemoration at Temple Sinai), seven decades years since the last embers of Auschwitz were doused.

By now you should have received the Yellow Candle from our Men’s Club.  Read about the Yellow Candle here.  It will be very meaningful for every TBE family to remember the Holocaust by lighting this candle during the coming week.  By supporting this program, we can also support Holocaust education for our teens by helping them to go on the March of the Living and other similar pilgrimages (including our TBE trip to Europe now scheduled for the summer of 2017).
Judaism as a Path of Kindness 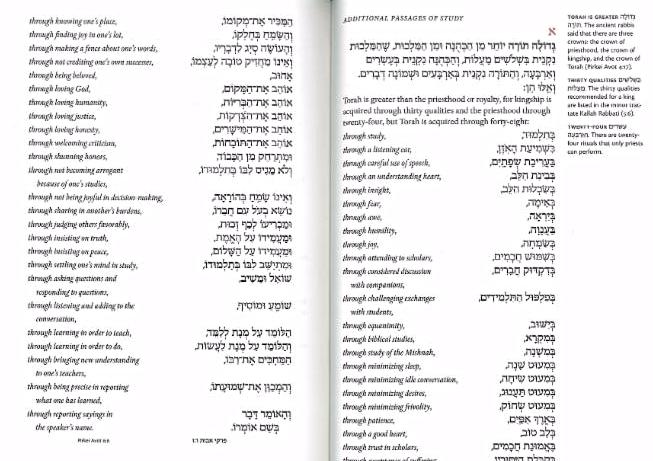 Pirke Avot 6:6 as it appears in Siddur Lev Shalem

During the 49 day period between Passover and Shavuot (the Omer), it is customary to read that classic work of rabbinic wit and wisdom, Pirke Avot.  In chapter 6 of Avot, we find a list of 48 qualities that enable us to acquire Torah, nearly a perfect match for this period of counting as we ascend to Sinai to receive the Torah.  That connection  has been drawn explicitly by rabbis devoted to ethical behavior, or "Mussar" as it is called. Each of these Middot (qualities) is a crucial turn on the path toward a life of holiness - and happiness.  My suggestion is that we each try to explore one of them each day.  You can find the full  list here, or click on each of them below for helpful study guides. I plan on focusing on each of them later in the year as we approach the High Holidays - but it’s never too early to start!


An Understanding of the Heart-
Middah Binat HaLev


Set Others on the Path of Truth-
Middah Ma'amido al HaEmet


Setting Others on the Path of Peace-
Middah Ma'amido al HaShalom


The Study of Torah-
Middah Talmud


To Attend to the Sages-
Middah Shimush Chachamim


To Determine Exactly what One Hears-
Middah Mechavayn et Sh'muato


To Learn by Repetition-
Middah Mishnah

Last week I wrote about the tragic overtones of the song “Chad Gadya.” Little did I know how, just as I was writing this, another little goat nearly caused a great deal of commotion.  If the headline weren’t so scary it would have been laughable: “Three Jewish Men Arrested for Attempting Goat Sacrifice” on the Temple Mount in Jerusalem, just as Passover was about to begin.  That tiny piece of real estate has borne its share of controversy.  Just a few days before, in an act of outright anti-Semitism, UNESCO tried todeny Jewish ties to the Temple Mount altogether.  What this combustible piece of land requires is level headedness and compromise.  Not an attempt at restoring an ancient ritual that many very pious Jews consider barbaric.  Maimonides himself considered sacrifices a paltry pagan predecessor to prayer.  Thankfully, and all kid-ding aside, the Israeli police once again proved that they are the G.O.A.T., at least when it comes to goat-spotting, and an international incident was averted - though I suspect that for the goat the reprieve was only temporary. 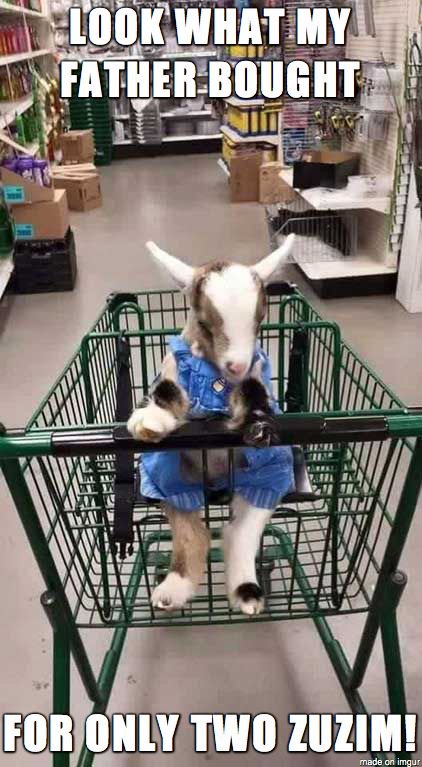