Shabbat-O-Gram for March 15 - Beyond Articulation 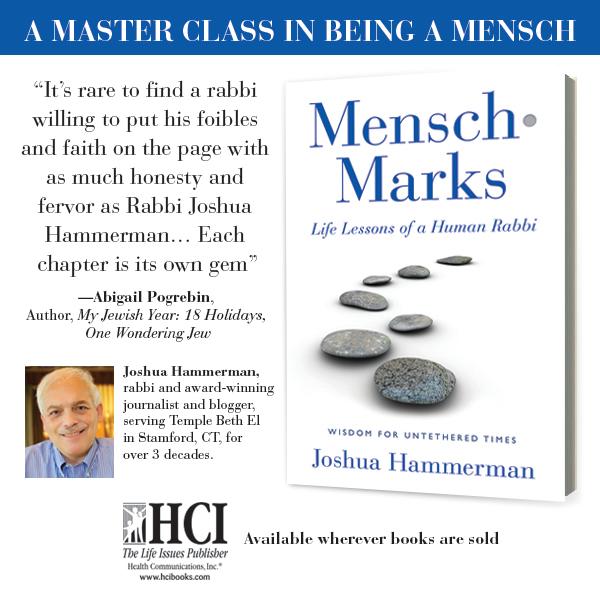 And make plans to join us also to attend our TBE Immigration Forum on March 31 as well as our Women's Community Seder on April 2 and the Family Shabbat Chocolate Seder on April 5.

The Shabbat-O-Gram sponsored by
Beth and Jeff Goodman in honor of their son,
Matthew, becoming a Bar Mitzvah

Mazal tov to Matt Goodman and family as he becomes bar mitzvah this Shabbat morning.  Join us then, and tonight for Kabbalat Shabbat at 7:30.  Tomorrow we also have another Shabbabimbam for young children. Last week's Bar Mitzvah speech by Zachary Price can be found here.  The Times of Israel featured my commentary found in last week's O-Gram.  You can read "Dual Loyalty - Dual Love" here.

Beyond Articulation - and Some Hope

This week we read the first portion of Leviticus, which includes descriptions of the ancient sacrificial cult.  In Leviticus 1:9 we encounter a term for the first time, one that seems inocuous here

The offering made by fire was entirely consumed on the altar.  The devastation was complete.  Nothing remained for the priests to eat. The word for "consumed by flame" - Isheh - is a derivative of the word esh which means fire.  A later derivative of this root word is Shoah - so it is from this utter devastation at the altar that we first glimpse the word that would come to be associated with the Holocaust.  In fact, some translations, especially those written before World War Two, call this sacrifice, in English, the Holocaust offering.

Looking at an etymological dictionary, you find several shadings of meaning for this root word, including "lays waste," and "ruins."  But additionally you find words like "wonder, "astonished" and "amazed,"

The Hebrew word "Mishta'eah," another derivation of Shoah, is especially apropos today.  It means "to be rendered empty of thought."  The Holocaust remains, even 75 years later, not merely beyond explanation, but beyond thought, beyond articulation.  Words can't come close to expressing the horror.

That's how we feel today after the murderous rampage at mosques in New Zealand.  Reading the first reports of the hate-filled ideology of the perpetrators, I am reminded that this is Shabbat Zachor, the Sabbath of Remembrance, when we read the instruction to remember the evil perpetrated by Amalek in the Wilderness.  There's a lot of evil to recall at this time of year, and it's a reminder that today is far from the first time Muslims have been murdered in their place of prayer.  29 were killed in Hebron by Baruch Goldstein in 1994.  Goldstein was driven to his hateful deed after misreading the book of Esther on Purim, failing to understand that the mitzvah to destroy Amalek is not calling on us to kill people, but to kill off hatred itself, the Amalek within.

We have a long way to go.

But meanwhile, this horrible tragedy leaves us all "beyond articulation."

With today's news it becomes even more important for us to stand up against hate no matter where it is found.  This week, the Stamford Board of Reps provided a refreshing bipartisan break from the typical political rancor, by joining in an overwhelming censure of one of their members who had spread vile messages against Muslims and others in social media postings.  I attended the meeting and was moved at the presentations made.  Very little grandstanding, even though cameras were present.  Some of the speeches were very very personal, detailing heartbreaking experiences of prejudice.  As I sat next to my Muslim imam friend, I reflected that this us just another example of why Stamford is a fabulous place to live.  See the coverage of the meeting on WABC.

Purim falls this coming Wednesday evening.  Join us at 5:30 for the Family Megilla Reading followed by the always-great carnival, and Purim for Adults, with a full Megilla reading at 8:00.

Here is some Purim info from MyJewishLearning.com

- What is the Book of Esther?
- Nine Things You Didn't Know About Purim
- Must-Know Purim Words and Phrases

Last weekend, I sent out one of the saddest e-mails I've ever had to deliver, the news of the tragic death of Mike Sverdlove, beloved grandson of TBE's Andrew Sverdlove.  You can read some of the coverage in the Israeli press.  Andrew spoke so proudly of Mike's love of Israel at services.  Mike's father posted on Facebook a moving account of what transpired. "Moving" doesn't quite describe it.  This is what "Beyond Articulation" would look like if it could be articulated.  It's a glimpse right into the thundering Isheh offering - and to the core of an aching father's soul.  Our deepest sympathies to Andrew and family.