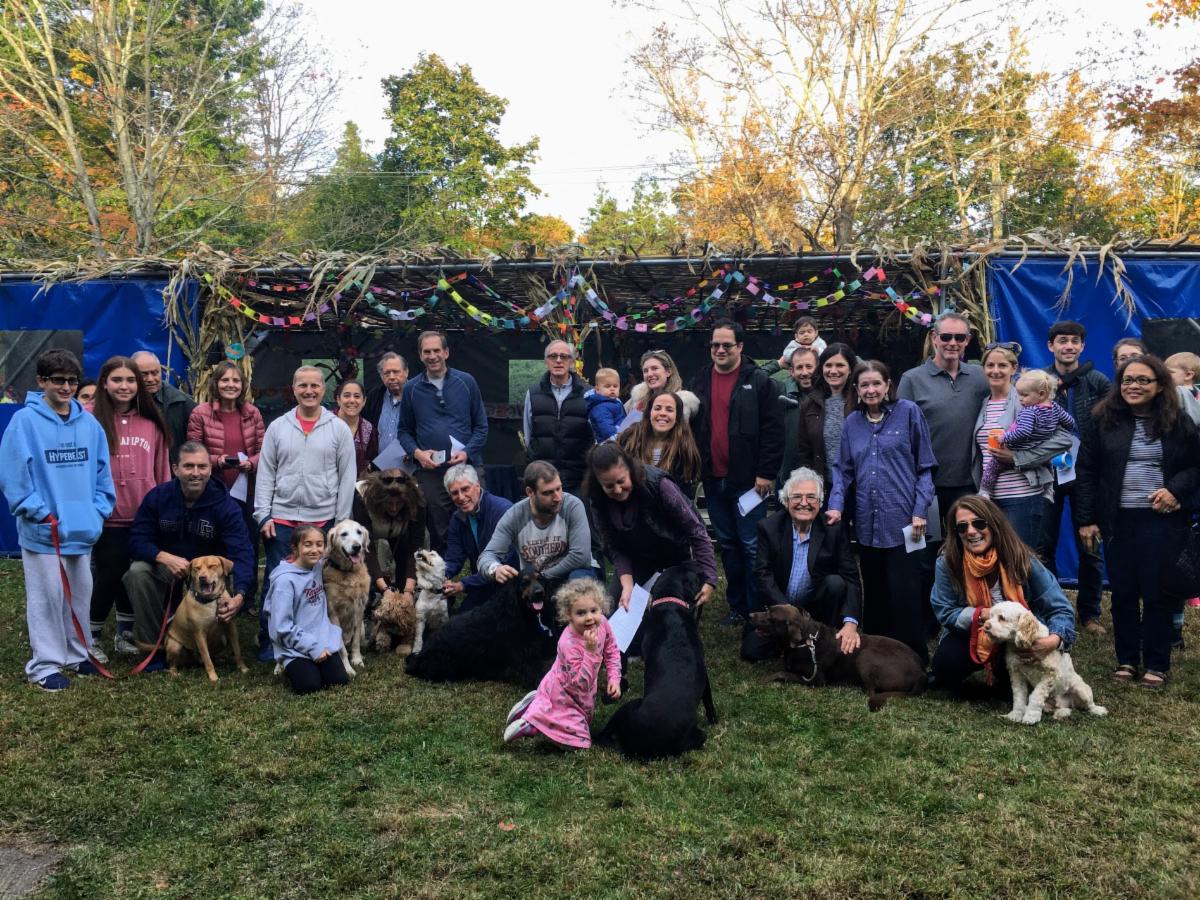 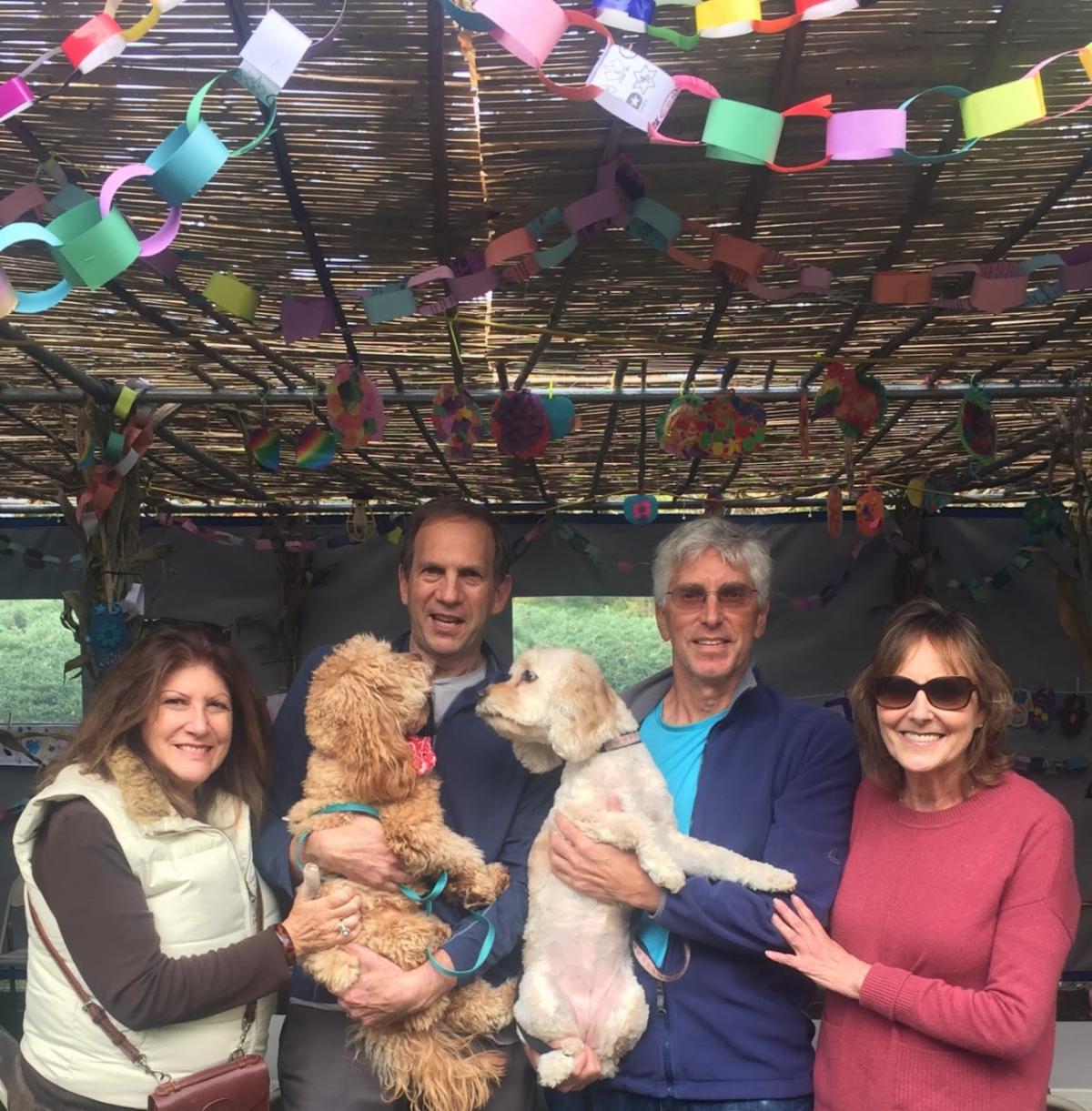 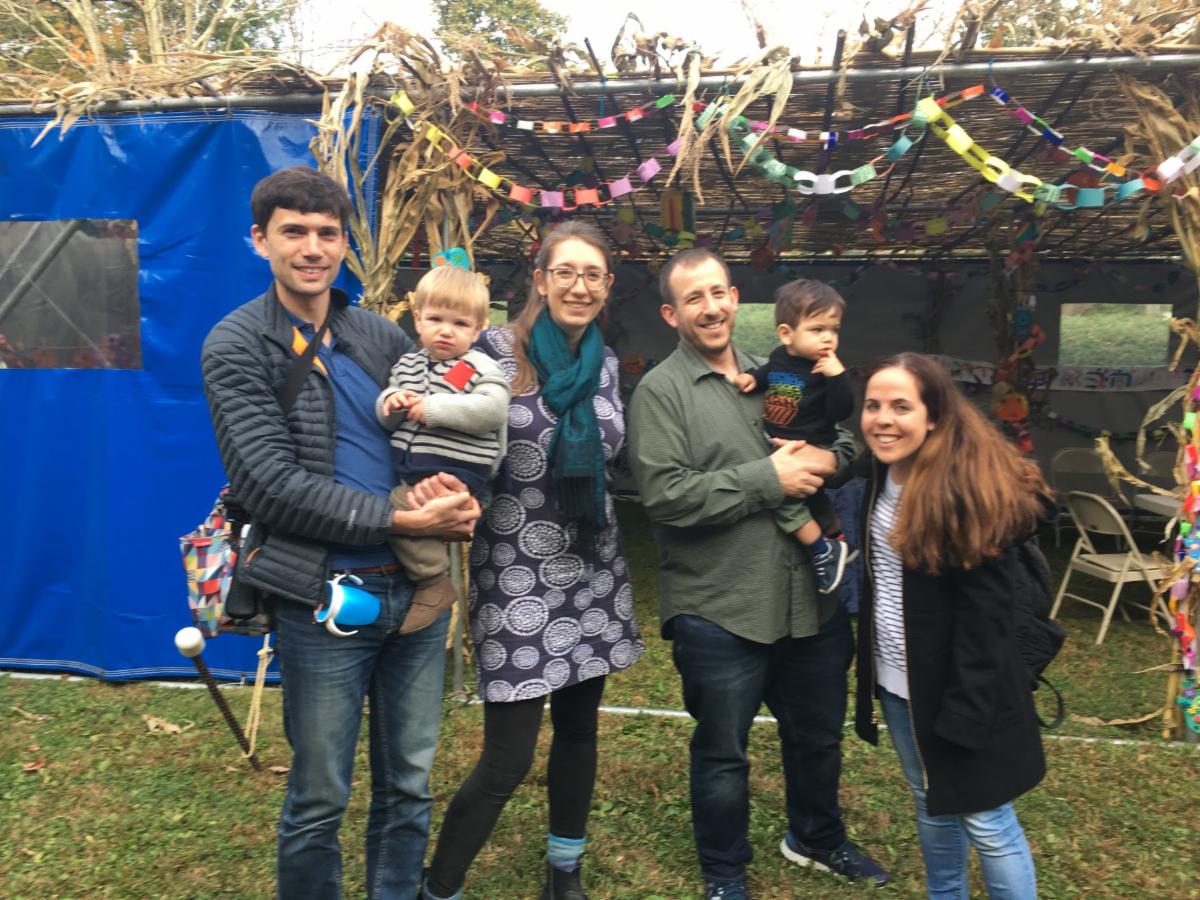 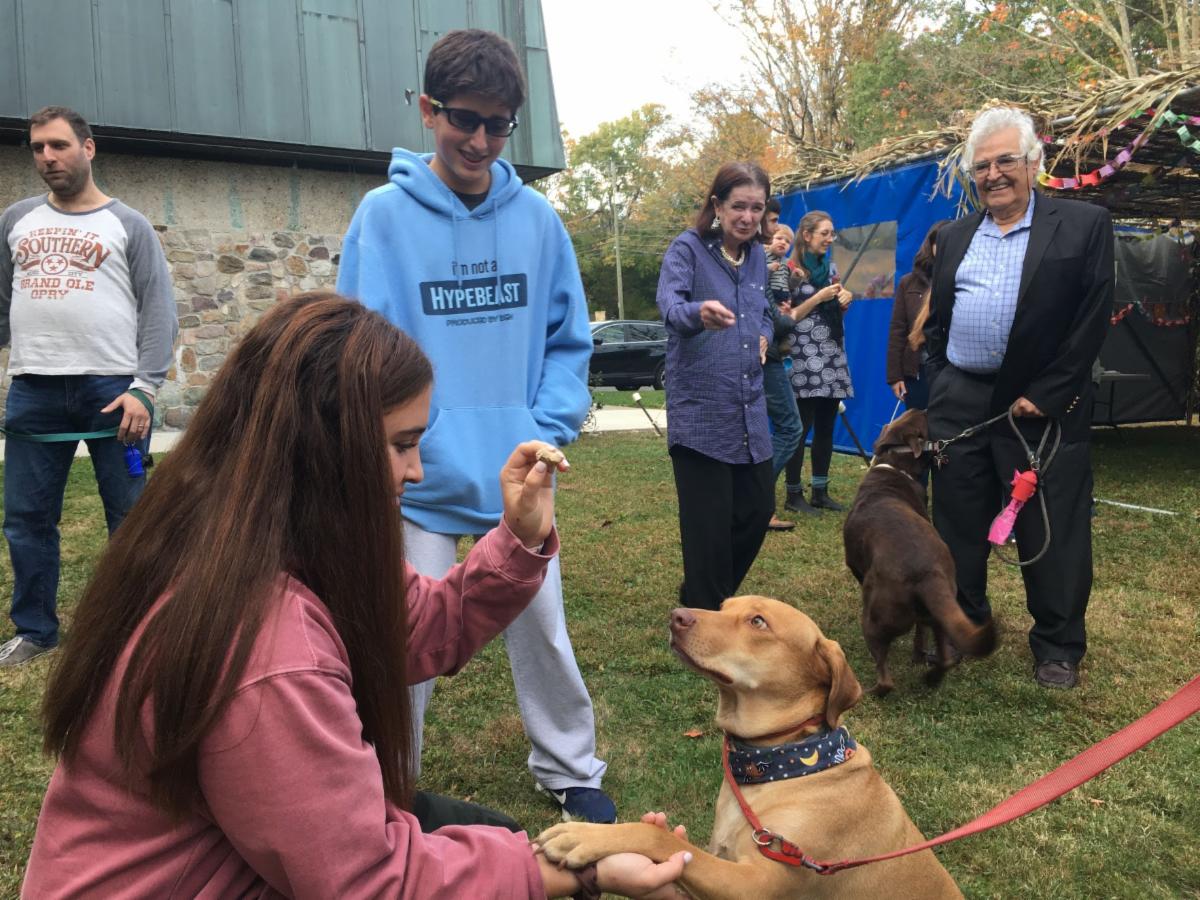 All creatures great and small loved our Sukkot Blessing of the Animals!

Click here for my Yom Kippur sermons (text and audio)

Click here for my Rosh Hashanah sermons (text and audio)

As the festival nears its conclusion, we have a very busy weekend ahead of us.

On Friday evening we will hear from Amy Spitalnick, Executive Director of Integrity First for America, a nonpartisan nonprofit organization dedicated to holding those accountable who threaten longstanding principles of our democracy - including our country's commitment to civil rights and equal justice. Most notably, IFA is the organization supporting Sines v. Kessler, the lawsuit filed by a coalition of Charlottesville community members against the Nazis and white supremacists responsible for the violence.  She will speak at the conclusion of services, to be led this week by myself and Katie Kaplan.

Speaking of Katie Kaplan, she and Beth Styles will be our honorees at Monday evening's (6:30) Simhat Torah services.  Here's your chance to thank them for stepping up to bringing such joy and deep resonance to our recent High Holiday services.  People are still buzzing about the music from this past High Holidays.  Simhat Torah is also a chance to celebrate the Torah, with song, dance and - of course - candy.  It's not just for kids!  Katie will be co-leading that service with me.  Also join us for Sukkot/Shabbat services on Sat. morning, when we read the book of Ecclesiastes (Kohelet) and on Monday morning at 9:30 for Sh'mini Atzeret and Yizkor.  Yizkor will begin at about 10:30.  if you can't make it, here are some Yizkor prayers you can do at home.  A reminder that our office is closed for the conclusion of the festival on Monday and Tuesday.  Don't expect email or phone replies on those two days.

For kids and parents, this Shabbat morning features two (count 'em, two!) special events, Shabbabimbam for pre-schoolers and "Kids in the Round," a Shabbat service for slightly older kids (see the flyer). And we'll all come together with the main service for lunch afterwards.

Also this weekend, Sukkot highlights include an eighth grade Sukkah N'Smores at my sukkah on Sat night, while the Men's Club is chowing down on Steak and Scotch at the temple, a Men's Club breakfast and ICRF speaker on Sunday morning, and then on Sunday from noon to 1:30, join us next door at our annual Open House and Sukkah Hop at the Hammermans.

The beat goes on next weekend.  Next Friday night, the 25th (and also the next morning, which will be our first Shabbat-in-the-Round for this season, we'll commemorate the anniversary of the Pittsburgh pogrom by joining Jews across the world for the second annual "Show Up For Shabbat."  See the flyer at the bottom.  And the weekend after that, we'll celebrate with Neshama Carlebach and learn about the Jews of Cuba from scholar in residence Stephen Berk.   And so much more to come! 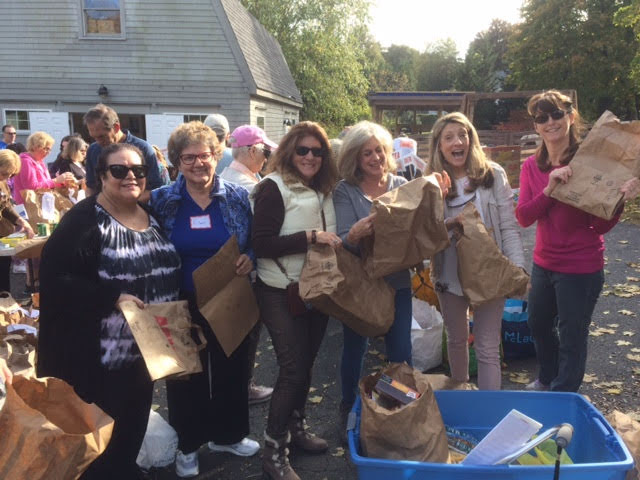 We are grateful to all who contributed to our Person-to-Person food drive this year, as well as to those who stocked the shelves - and especially to Ken and Amy Temple, who have coordinated this project for many years.  Ken received this letter of thanks from Person-to-Person this week:

Hi Ken,
Sincere thanks for once again leading this momentous food drive. It was a great day and I know I always feel a great sense of satisfaction as we close up after sorting. It's been a great pleasure working with you and everyone at Temple Beth El. And while your participation in organizing will be missed I'm sure you have left the drive in capable hands with Sharon and I look forward to continuing our mission with her.
As I shared Sunday, the High Holy Drive is our second biggest drive next to the Postal Food Drive.  So, as you probably know, by Polly's count, this season Temple Beth El delivered 550 bags and after Sukkot and all the other Temples are finished we expect a total of well over 1,000 bags or 10,000 lbs. of food! The pantry is bursting at the seems and you should all be very proud in knowing that you are helping hundreds of families in their everyday struggle to stability in a very expensive part of the country.
As you know P2P is a community supported agency and your partnership in this mission is invaluable. So, on behalf of P2P, please extend a big, heartfelt thank you to everyone at Temple Beth El for their love and generosity in food donations and time sorting!
We look forward to working with you in the fight against hunger!
Sincerely,
Rick
Rick Nixon
Manager, Food/Stamford Warehouse/Mobile Food Pantry
Person-to-Person - 50 Years of Transforming Lives
An update on America's changing religious landscape 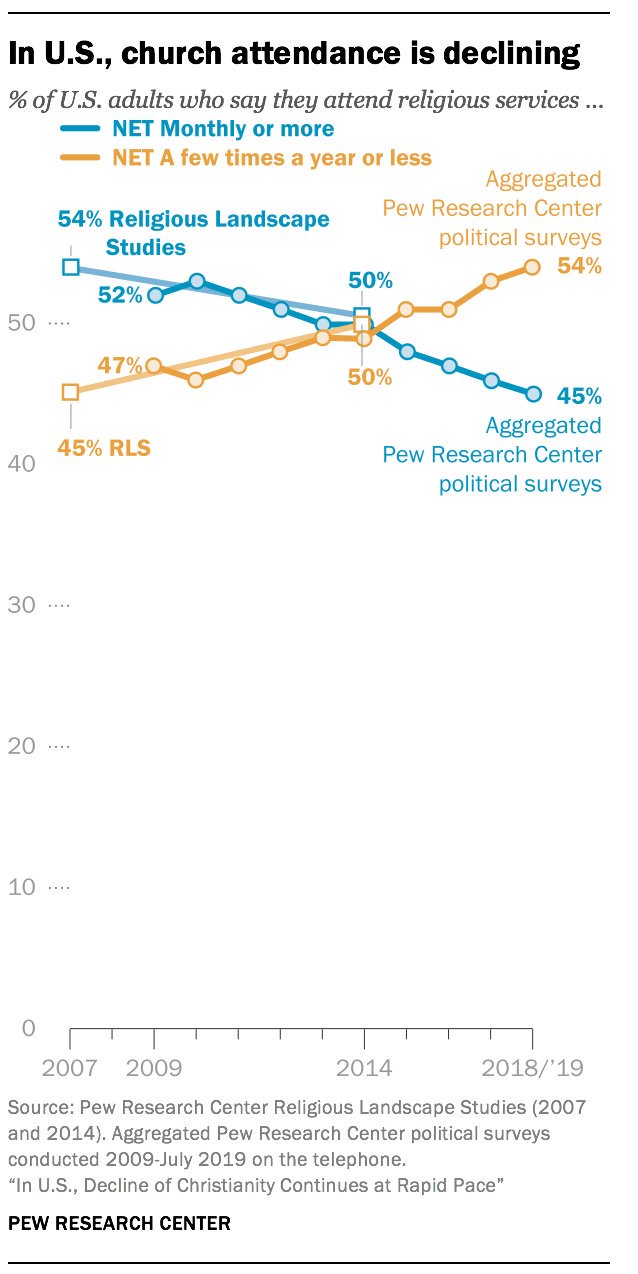 The pollsters at Pew continue to monitor the rapid changes taking place among religious groups in America.  This week, a significant new study  showed the decline of the percentage of Americans who are Christians is continuing at a rapid pace.  65% of American adults describe themselves as Christians when asked about their religion, down 12 percentage points over the past decade. Meanwhile, those who classify themselves as having no particular religion (the "nones") are continuing to grow in number, now nearly passing the number of Catholics.

Meanwhile, according to the survey, the share of U.S. adults who identify with non-Christian faiths has ticked up slightly, from 5% in 2009 to 7% today. This includes a steady 2% of Americans who are Jewish, along with 1% who are Muslim, 1% who are Buddhist, 1% who are Hindu, and 3% who identify with other faiths (including, for example, people who say they abide by their own personal religious beliefs and people who describe themselves as "spiritual").

Tell you what - if we can get 45 percent of our congregation to come to services once or twice a month, I'll be one very happy rabbi! I am happy to say that our service attendance, much like our membership, has grown over the past several years, and attendance this summer and fall has been terrific.

There's a lot to digest in this new study about the shifting spiritual practices of Americans.

Young and Smart vs Old and Wise

Are we better off with an 78-year-old president or a 37-year-old one?  These are very real questions that people are asking these days.  Of course, no one should generalize about these matters - every individual ages differently.  But the question is one that is very relevant this week of Sukkot, as Jews around the world read the book of Ecclesiastes (Kohelet).

I recently read a provocative article on the subject by Arthur Brooks in the Atlantic, entitled, "Your Professional Decline Is Coming (Much) Sooner Than You Think." You can read it here.

Brooks writes that according to research by Dean Keith Simonton, a professor emeritus of psychology at UC Davis, success and productivity increase for the first 20 years after the inception of a career, on average. So if you start a career in earnest at 30, expect to do your best work around 50 and go into decline soon after that.

He adds: "Much of literary achievement follows a similar pattern....Poets peak in their early 40s. Novelists generally take a little longer. When Martin Hill Ortiz, a poet and novelist, collected data on New York Times fiction best sellers from 1960 to 2015, he found that authors were likeliest to reach the No. 1 spot in their 40s and 50s. Despite the famous productivity of a few novelists well into old age, Ortiz shows a steep drop-off in the chance of writing a best seller after the age of 70. (Some nonfiction writers-especially historians-peak later.)"

On the other hand, wisdom, according to Brooks, increases even as mental acuity falls.  "There are many exceptions," he writes, "but the most profound insights tend to come from those in their 30s and early 40s. The best synthesizers and explainers of complicated ideas-that is, the best teachers-tend to be in their mid-60s or older, some of them well into their 80s."  He cites a number of Buddhist and Hindu sources on wisdom to make that point.

Jewish sources concur with what he shares of Eastern religions - like this passage from the Talmud (Pirkei Avot 5:24), which, at a time when lifespans were compressed, the aged were respected for their life experience.
He [Yehudah ben Tema] used to say: The five-year-old is for [learning] Scripture; the ten-year-old is [of age] for the Mishnah; the thirteen-year-old, for [the obligation of] the mitzvoth; the fifteen-year-old, for [the study of] the Talmud; the eighteen-year-old for the wedding canopy; the man of twenty is to pursue [a livelihood]; that man of thirty [has attained] to full strength; the man of forty to understanding; the man of fifty is to give counsel; the man of sixty [has attained to] old age; the man of seventy to venerable old age; the man of eighty, to [the old age] of strength; the man of ninety [is of the age ] to go bent over; the man of a hundred is as though already dead and gone, removed from this world.

The book of Kohelet is the product of an entire genre of biblical and post biblical material known as "Wisdom Literature."  For its author, the specter of death colors all of life. Death for Kohelet is contradictory, to be both welcomed and feared; but as one ages, death's proximity vastly increases wisdom.  Kohelet adopts the perspective that youth is wasted on the young, on those who have not yet learned to appreciate those fleeting moments of peak strength.


Rabbi Zalman Schachter, a founder of neo-hasidism and Jewish renewal, wrote extensively on "Age-ing and "Sage-ing."  To hear him speak of spiritual eldering is to hear a modern version of Kohelet.  In this excerpt, he speaks of how each human being is put here to share one insight, harvest it, and pass it on.  Old age is not a time of diminishing capability, but of cultivating new spiritual and intellectual opportunities.


Kohelet teaches that life is short - that to everything there is a season and a time for every purpose under heaven.  Israel's great poet Yehuda Amichai begs to differ, suggesting that life is too short for the Kohelet's allotted seasons to be distinct, that the time to wail and the time to dance can and often do overlap.  From this poem (below), we learn that we don't have the luxury of waiting for wisdom to arrive in our old age, and youth passes too quickly to give in to declining mental acuity.  We can be smart and wise - and chew gum simultaneously.  The brain, at any age, can multitask.  There is time for everything, if we put our minds to it.

Perhaps the reason there are few best sellers written by people in their 70s has nothing to do with brainpower, and more to do with the rampant ageism of publishers.

Yehuda Amichai - A Man In His Life

A man needs to love and to hate at the same moment,
to laugh and cry with the same eyes,
with the same hands to throw stones and to gather them,
to make love in war and war in love.
And to hate and forgive and remember and forget,
to arrange and confuse, to eat and to digest
what history
takes years and years to do.

A man doesn't have time.
When he loses he seeks, when he finds
he forgets, when he forgets he loves, when he loves
he begins to forget.

And his soul is seasoned, his soul
is very professional.
Only his body remains forever
an amateur. It tries and it misses,
gets muddled, doesn't learn a thing,
drunk and blind in its pleasures
and its pains.

He will die as figs die in autumn,
Shriveled and full of himself and sweet,
the leaves growing dry on the ground,
the bare branches pointing to the place
where there's time for everything.
Hag Samayach (Happy Holiday) 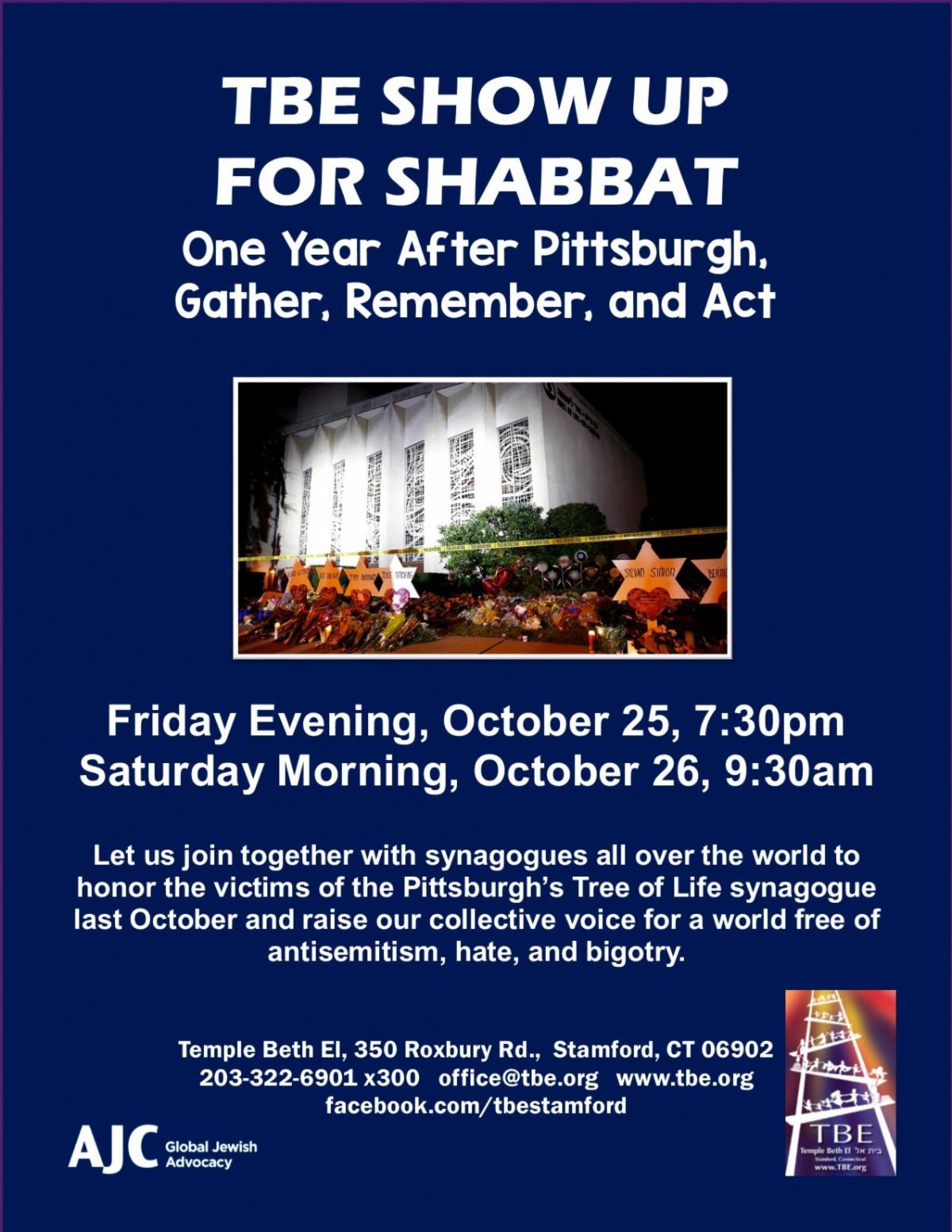