On Rosh Hashanah, the Rabbi Took a Knee (Times of Israel, featured Op-Ed)

On the first day of Rosh Hashanah, I did something I never would have considered doing before this crazy year — and yet it was a gesture that felt perfectly natural and logical, given what we’ve experienced. So natural, in fact, that I wonder how many rabbis did the same thing.

I took a knee, to demonstrate an unwavering solidarity with the most important social justice movement of our time, Black Lives Matter. 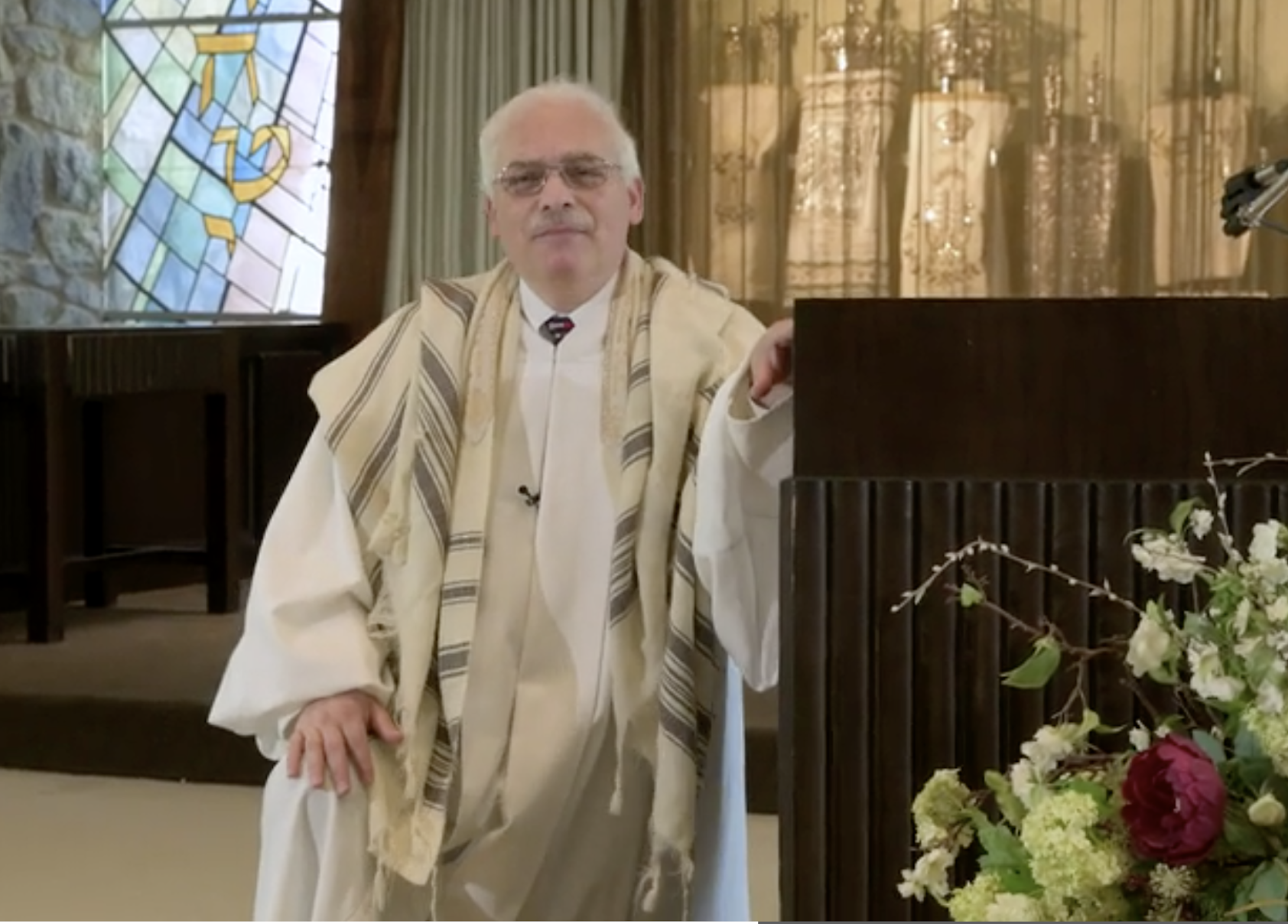 Yes, Black Lives Matter  – and it matters that Jews unequivocally share in this moment of activism. As author Ibram X. Kendi has stated, we can’t simply be “not racist” – we need to be anti-racist.

Some people don’t like that slogan Black Lives Matter, retorting, “All lives matter.”  And it’s true. Every human life is of infinite value.

But we need to start with the group that has been victimized systemically for centuries, the group with the knee on the neck. What has long been implied now needs to be stated clearly – When we say ‘Black Lives Matter,” what we are really saying is, “Black Lives Matter, TOO!”

It’s a very Jewish thing: The first principle of rabbinical interpretation is called a Kal Vachomer. And this is a classic Kal Vachomer – an a fortiori argument where the “lesser” proves the greater.  Black lives should absolutely not be considered of lesser value than other lives, but they unfortunately have been – even enshrined as such in the three-fifth clause of the U.S. Constitution.

So, raise your thumbs in yeshivish discourse and say: “IF…. Black lives matter, lives that have been routinely discarded and abused…IF Black lives really do matter, then so do all those other groups who have not been so abused.”

It’s a strange logic, but, in a sad way, it works.  It starts with Black lives, because they have been most oppressed for the longest.  But it doesn’t end there.  It’s about changing the way people think about human dignity.  Once we correct the record, once we say that Black lives are not worth just 3/5 the value of a white life, then we can move on to confirming the equal value of all lives. Once we own up to the 4,743 lynchings that have taken place in this country, the stench of Jim Crow, the murders, the mass incarceration, and the systemic racism that is still rendering my neighbors’ lives less valuable than mine even with regard to Covid, we will then come to recognize that all lives have dignity, and that matters. (Note that during the Holocaust, a Jewish life was deemed to not be worth even one cent!)

That’s why Jews should support Black Lives Matter – to show how we can be and must be firm allies to our neighbors in writing the wrongs of history.  And now is the precisely the time to do it.

It’s about shared suffering and empathy.  It’s about John Lewis, whose speech to Emory graduates rang through the Capitol Rotunda while his body lay in state, when he recalled the three young people who were murdered by the Klan in that fateful summer in Mississippi, James Chaney, Andrew Goodman and Michael Schwerner, two white Jews and a non-Jewish African American. And they did not die in Vietnam, Lewis said, or in Eastern Europe or Central America; but right here, in America, simply trying to help all our citizens to participate in the democratic process.

After what we saw happen to George Floyd and others, how could we not be anything but completely supportive – and mobilized?

I’m fully aware that some Black leaders don’t like Jews. It goes both ways, I must add – and we must be the bridge. You can have your Lewis Farrakhans and Meir Kahanes and I’ll take John Lewis – and Elijah Cummings, whose Youth Program in Baltimore has sent over 200 teens to Israel over the past twenty years.

The Jewish Council of Public Affairs (JCPA) represents nearly 150 Jewish community relations councils, agencies and denominations. This is no radical group. It is as mainstream as it gets. Here’s what they say about Black Lives Matter and concerns raised about anti-Semitism and Israel.

BLM’s 14 Guiding Principles and its 2020 goals and focus – indeed, its entire website – makes no mention of Israel, and neither does its platform or its 2020 legislative agenda.  There are, invariably, some Israel critics, even anti-Semites, among those leading or supporting the fight for racial justice in this country, as there are among any comparably large group of people. But this fact should not preclude participation in in the fight for equality in the U.S. …These positions do not represent the entire movement, only a small group.

Don’t fall for it – and don’t let your elderly relatives fall for it, they who are the most susceptible to emotional manipulation.  Share these words with them:

Now listen to me. The most Jewish thing we can do is embrace this moment of coming together and righting the wrongs of the past. Don’t listen to the haters.

We have faced anti-Semitism from all sides, from the left and from the right.  But there is no moral equivalence here.   We know that the primary danger comes not from the Black community or Black Lives Matter, but from those who killed our people at prayer in Pittsburgh and Poway and who killed Blacks in churches in Charleston and Birmingham.  Those murders all have the same return address.

Let us not be distracted.  The D.H.S  has declared White Supremacy to be “the most persistent and lethal threat” to the US through 2021. White supremacists have used the strategy of racist “divide and conquer” from the beginning of time – but it won’t work now. Their time has run out. It ran out during those 8 minutes and 46 seconds when George Floyd was murdered on May 25.

In that moment, the call was heard, from the flagpoles of NASCAR to the Washington Football Team. From Fort Bragg to the NBA bubble, to Aunt Jemima’s kitchen. In that moment, the greatest sin of all time began, at long last, to unravel.

Everything changed with that knee on the neck. And our stiff-necked people will rise up for justice; we will rise up to repair the world.

But first, we will take a knee in solidarity.

Which is exactly what I did on the first day of Rosh Hashanah.

And then I proclaimed:

We now have our knee on racism’s neck. And if we pursue our mission with determination and love, there is nothing that the White Supremacists and their enablers will be able to do about it.