Bystanders in a digital age: The heroes of the Derek Chauvin trial

(RNS) — This week, in the wake of the historic guilty verdict in the most charged racial justice case since O.J. Simpson, Jews around the world will read in the Torah (Lev. 19:16) the commandment not to stand idly by the blood of our neighbor.

Rarely before has that directive been more profoundly followed than by the witnesses testifying this week to what they saw the day of George Floyd’s murder — and the impact that could change forever what it means to be a bystander.

There is no question that the sources stand on the side of active intervention rather than passivity. As the Talmud states (Sanhedrin 73a), “Whence do we know that if a person sees his neighbor drowning, mauled by beasts, or attacked by robbers, he is bound to save him? From the verse, ‘Thou shalt not stand by the blood of thy neighbor.’”

Recent events have demonstrated idleness is, in many ways, no longer an option now that most onlookers carry in their pockets small, handheld instant-justice machines that can make star witnesses out of 9-year-olds. When a crime happens and you are there, either your cellphone camera is on or someone else’s has you in the frame. Either way, you will be found — and you will be involved.

What does it mean to be a bystander in a digital age? Is it even possible to stand back and stand by anymore without more direct involvement?

We’ve been asking that question a lot lately. The riveting testimony of the trial for the murder of George Floyd was marked by emotion, especially from the mouths of the youngest bystanders. Darnella Frazier, the teenager who filmed the viral video of Floyd’s arrest, said during her cross-examination there have been nights when she has stayed up and apologized to Floyd for not doing more to save his life.

RELATED: Of terror and testimonies: Living through the Derek Chauvin trial

“(Floyd) looked like he was fighting to breathe,” said another teen witness, Alyssa Nicole Funari, 18, who was outside Cup Foods during the arrest. “It was difficult because I felt like there really wasn’t anything I could do as a bystander,” Funari said. “The highest power was there and I felt like I was failing — like, failing to do anything.”

“Technically I could have done something; but I couldn’t do, physically, what I wanted to do,” Funari said, because police were ordering bystanders to stay back. Again and again, we heard the voices of the bystanders, like the off-duty firefighter who wanted to give CPR. They’re now stepping up to take responsibility for their inaction. But was it inaction? 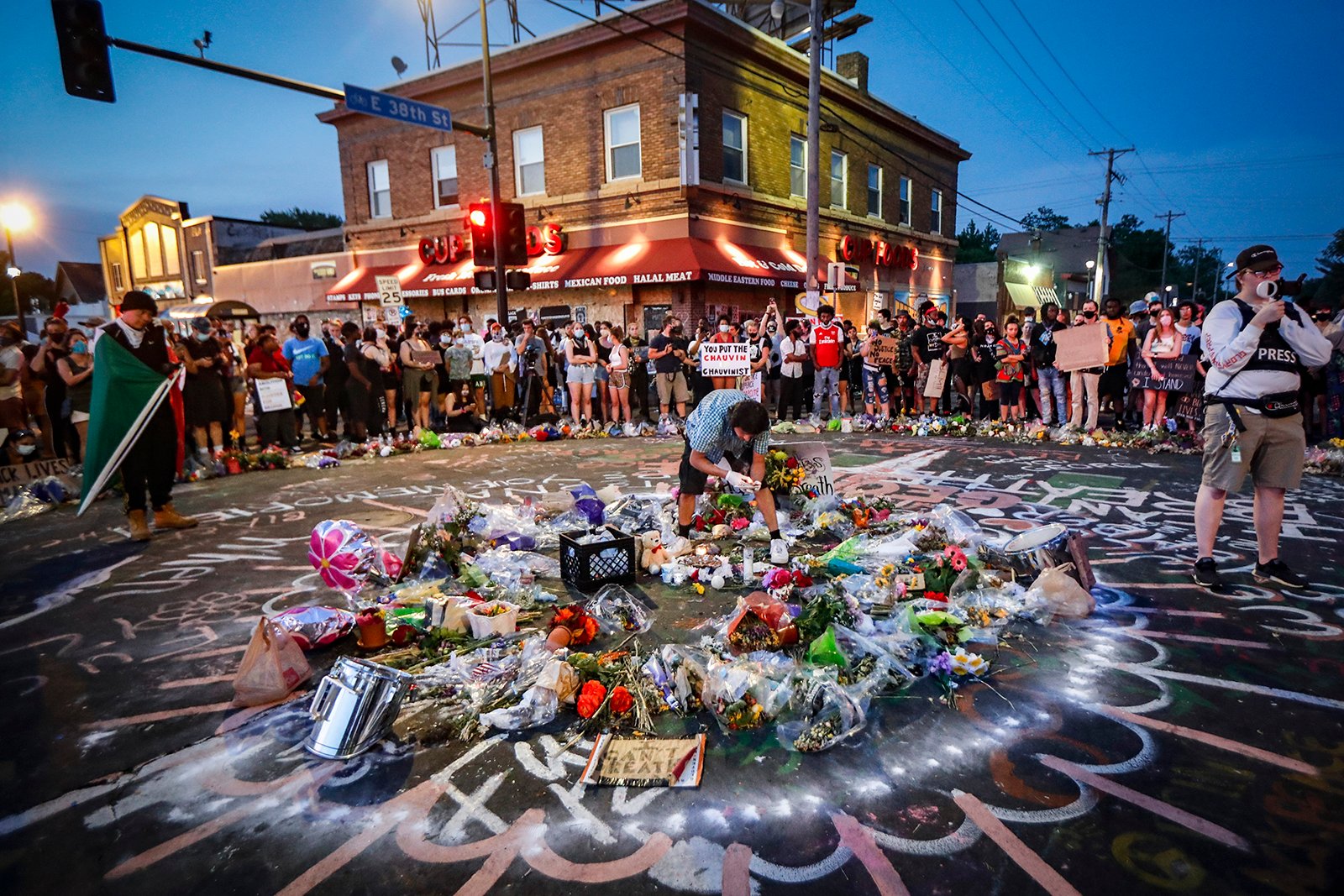 Protesters gather June 1, 2020, at a memorial for George Floyd where he died outside Cup Foods on East 38th Street and Chicago Avenue in Minneapolis. Protests have continued since his death after being restrained by Minneapolis police officers on May 25. (AP Photo/John Minchillo)

At the other end of the spectrum, we’ve seen bystanders fail to respond correctly to recent hate crimes directed against people of Asian descent. They did respond — poorly — and their response also thrust them to the center of the story. Two New York City apartment building workers were fired for failing to help a 65-year-old Asian American woman as she was being violently attacked on the sidewalk outside. As she was being physically and verbally assaulted, cameras show these workers not only failing to assist but closing the door on the scene.

In Orange County, California, an Olympic hopeful was in a park training for the summer games when a man targeted her in an incident she captured on video. She became, in effect, her own corroborating witness, victim and bystander all in one.

Research shows most people are more than willing to intervene and help someone.

A whole branch of psychology has grown from this question, based on the famous 1964 Queens stabbing attack on Kitty Genovese that was ostensibly witnessed by 38 passive onlookers who did nothing to stop it. Later it was proven the numbers were inflated, and New Yorkers did not deserve the reputation for apathy that has been given them.

But we are forced to ask ourselves, if we were outside of that Manhattan apartment building or Cup Foods in Minneapolis, what would we have done? And how has digital technology changed the equation since 1964?

Or since biblical times. When the young Moses went out and saw his fellow Israelite being beaten, as he was about to strike the taskmaster, the text says, “he turned this way and that. …” Perhaps he saw no potential witnesses and figured it was OK to strike. 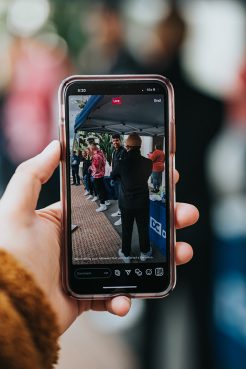 Or perhaps he saw lots of people around, but they all looked haggard and weary — like slaves — and he calculated that no one would have the strength to testify against him. Moses understood that moral paralysis is the mark of enslavement; the people had been cowed into complicity — to idleness — indifferent to the plight of their fellow and unlikely to get involved. So Moses got involved.

In Leviticus 9:22, an older Moses is once again a bystander as Aaron blesses the people. But then, curiously, in the very next verse, Moses joins Aaron in a blessing do-over, and this time, “the glory of God appeared to the entire people.”

According to the medieval commentator Rashi, Aaron’s initial blessing was a misfire. And Aaron, afraid he was not in God’s good graces, appealed to Moses, who immediately leapt once again and joined his brother in a renewed appeal to God, who this time responded with an appearance.

The early Hasidic master the Baal Shem Tov takes from this the lesson that we are bystanders for a reason; not to stand in judgment — and Moses did not — but to share the burden. From that perspective of humility, Moses did not judge Aaron. He simply seized the moment when his moment arrived, and he ran to assist.

In his moving closing remarks at the Chauvin trial, Prosecutor Steve Schleicher called the bystanders “Random members of the community, all converged by fate at one single moment in time to witness something. To witness 9 minutes and 29 seconds of shocking abuse of authority, to watch a man die …”

Those people in Minneapolis waited for their moment, having no idea their moment to act would be delayed for nearly a year. That’s a lot of bystanding but not a minute of idleness. They may not have been able to save George Floyd, but through their testimony, they may save the integrity of the American justice system. These heroic bystander witnesses in Minnesota heard the clarion call of Elie Wiesel: “Don’t stand idly by if you witness injustice. You must intervene. You must interfere.”

(Rabbi Joshua Hammerman is the spiritual leader of Temple Beth El in Stamford, Connecticut, and the author, most recently, of “Embracing Auschwitz: Forging a Vibrant, Life-Affirming Judaism that Takes the Holocaust Seriously.” The views expressed in this commentary do not necessarily reflect those of Religion News Service.)