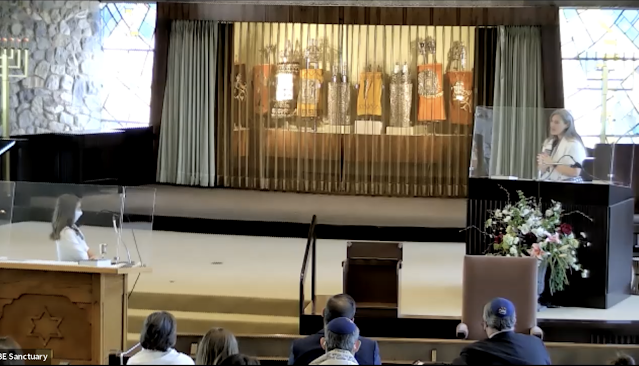 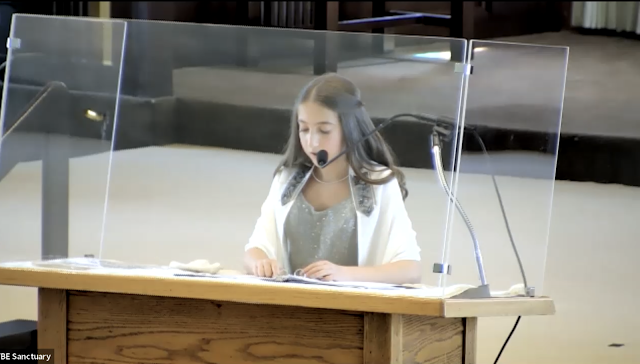 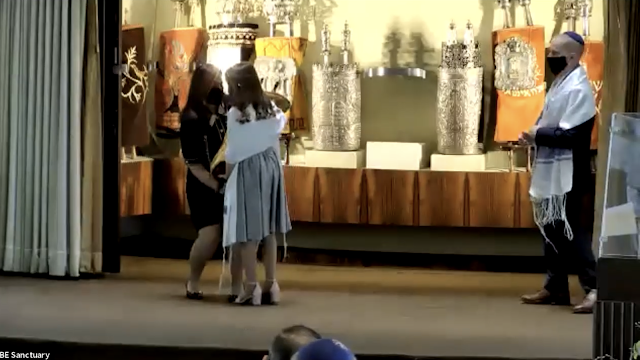 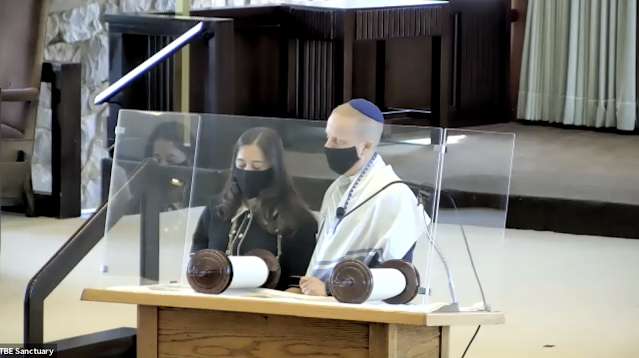 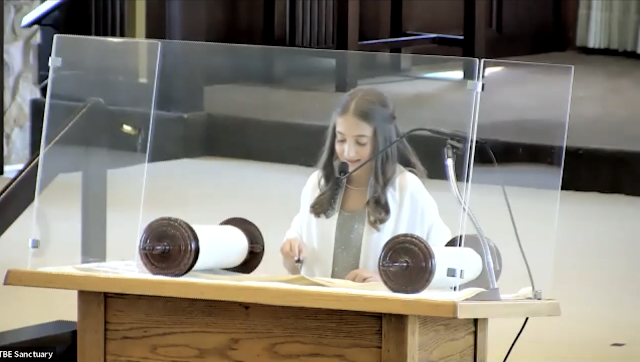 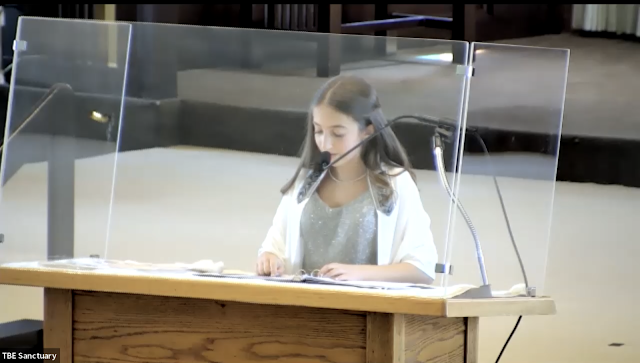 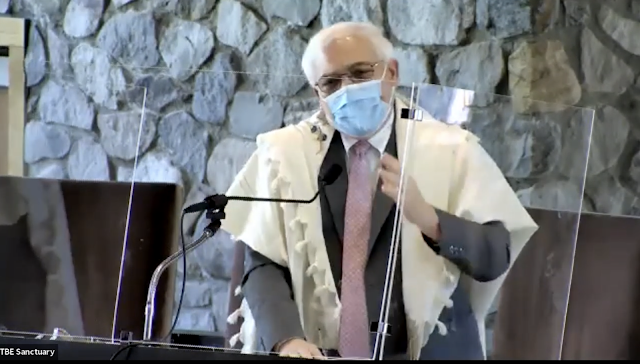 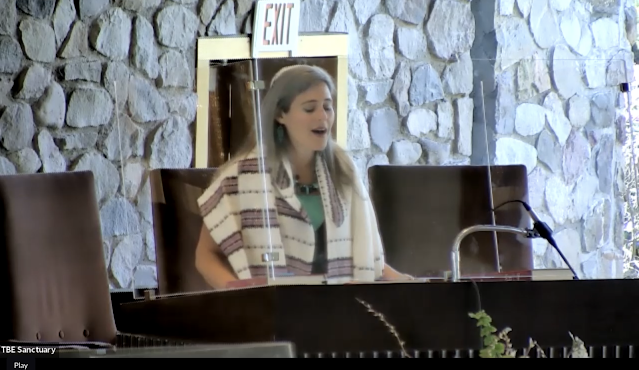 Those of you who know me know that I loooooove Broadway. I’ve been going to shows for much of my life and I’ve really missed it during the pandemic. My favorite shows are “Hamilton'' and “Dear Evan Hansen” as most of you know. I can even rap the whole first song of “Hamilton.” Anyone want to hear me? (wait for response). Well, its on my tiktok so go look on there.

It so happens that my portion of Ahare Mot – Kedoshim teaches many of the same lessons as those two shows. The portions have many life lessons to share. Let me give some examples…

One key commandment is “Lifnay Sayva Takum” – “Rise before the elder.” Being respectful of the older generation is an important lesson in the Torah and it’s important in “Hamilton” too. At the end of Hamilton, we hear the song, “Who Lives Who Dies Who Tells Your Story.” Those who came before us are dependent on us to tell their story after they are gone. Eliza teaches us this by telling Alexander’s story so his ideals live on.

In my life, as I continue to grow older, I’ll tell the stories of my ancestors too – like my Dad’s bar mitzvah in Poland. And when he became the first bar mitzvah in Poland after the Holocaust, he was respecting his elders - the Jews who came before him there - who died a half century before - and the survivors in Krakow. Most of you know his story though.

Also in Kedoshim, we find the commandment, “Lo Ta’amod al Dam Reyacha.” “You shall not stand idly by the blood of your neighbor.” Never be indifferent to the cry of someone in need. In “Dear Evan Hansen,” “You Will Be Found,” a song at the end of the first act reminds teenagers and others that no one should ever be alone. Evan Hansen decides not to stand idly by after his school loses a classmate.

In that same chapter, we are instructed not to “Take Vengeance” against someone who has wronged us. In the song “Good for You” Evan Hansen’s mom - she’s my favorite character - tells Evan how disappointed she is even though she probably wanted to show her true anger. But in the end, they find forgiveness for each other.

Some more laws from the portion include the commandment not to spread rumors or be a talebearer. Well, that’s the whole second act of Hamilton. The election of 1800, the Reynolds Pamphlets, you name it. It was politics at its meanest.

Here’s another one. “Don’t place a stumbling block before the blind.” Although this can be read literally, it also means, “Don’t deceive people,” which, of course, is what the plot of Dear Evan Hansen is all about. Evan wanted to comfort the family of someone who died and by pretending that he was a close friend, he did just that. Things are just a little out of control. Actually, a lot out of control.

Finally, the central commandment of the portion is also the most important one in the entire Torah, “Love Your Neighbor As Yourself.” Notice that it indicates that you need to love yourself in order to love others. Evan needed to gain some self-confidence before he could be friends with Zoe, and live a happy life.

For Hamilton, “Love Your Neighbor” is about inclusiveness. The actors are all people of color. And Hamilton himself was an outsider, born in the Caribbean. In the song “My Shot,” he shows how he needs to take advantage of an opportunity for an outsider to make it in a new country. And Lin Manuel Miranda echoed the Torah when “Hamilton” won the Tony Award, and he said, “Love is love is love is love is love.” The Torah could not have put it any better!

For my mitzvah project, I have been raising money for Emmet’s playground. If you don’t know what that is, it is a playground made in memory of my good friend Emmet, who passed in 2019. His amazing parents Lisa and Jeff, have worked to make the playground great for all kids. I am raising money to keep it clean and safe. I hope you will think about donating soon. *wink wink* Im guessing you are all bored of me speaking now so i'll make this fast.