I've just returned from the Rabbinical Assembly convention at JTS, culminating in the convocation yesterday where I was privileged to receive my honorary doctorate. My thanks to Eileen Rosner and Steve Lander for giving up a good chunk of their day to make the trip, along with my family, representing the congregation. The ceremony was quite moving, as I shared with over 50 colleagues the chance to celebrate the contributions that have been made over the past quarter century in service of the Jewish people. The accomplishments reflect a breadth and depth that is staggering, but for everyone the common denominator was touching individual lives. Tens of thousands of lives, one life at a time, moment by moment, year by year.

It's an awe-inspiring profession. As daunting as it is to look forward, it is equally humbling and gratifying to reflect back on what has been accomplished.

But no matter what happens, As far as I'm concerned, at my house I'm still the not the real Dr. Hammerman in my home. An honorary degree is nice - nicer than I thought it would be. But "rabbi" is title enough for me.

Below are some photos from the day. The one at the bottom features me with three colleagues from my home synagogue of Kehillath Israel in Brookline, Mass., all of whom were honored at the Convocation. KI has been a prime breeding ground for Conservative rabbis and educators - well over 30 over the past half century. Must have been something in those delicious knishes they served at the kiddush each week! 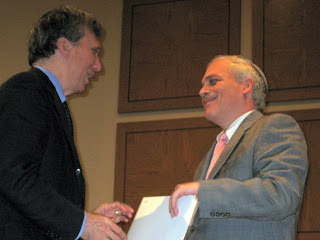 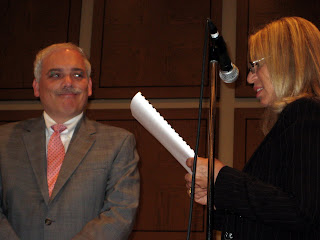 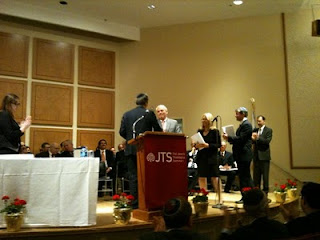 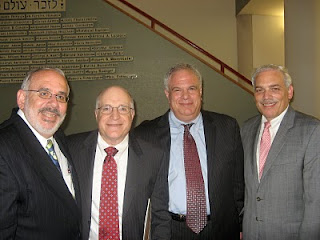 Email ThisBlogThis!Share to TwitterShare to FacebookShare to Pinterest
Labels: JTS