"A Place of Prayer for All People"

“A place of prayer for all people” Women of the Wall נשות הכותל
April 7, 2011 By Deborah Blausten, London

“A place of prayer for all people”
April 7, 2011
By Deborah Blausten, London 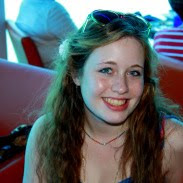 In the daily Amidah my siddur contains the following words, echoing Isiaiah 56:7 ותכין אותה למקום תפילה לכל-העמים ‘prepare her as a place of prayer for all people’ as part of the blessing for Jerusalem. Never before have I said them with the sincerity that I found myself saying them with on Tuesday morning, Rosh Chodesh Nissan, as I joined the Women of the Wall in Jerusalem. Arriving alone at the Kotel at 7am in a haze of drizzle, my kippah stowed away under a trilby and my tallit tucked into my handbag, long sleeved, pencil-skirted I passed through security in a throng of seminary girls. As I reached the women’s section and slid in behind the growing WOTW minyan, greetings of ‘chodesh tov’ and ‘welcome’ and smiles reminded me I was among friends. Hat off, tallit out, this was no place for disguises.

Something that has always struck me about WOTW, right from my first encounter with them nearly 5 years ago at the age of 16 is the sheer fearless determination of the women. This month we saw that resolve and bravery tested once again as police threatened the prayer leaders with barring from the kotel and arrest, arbitrarily confiscated marker pens from one participant, and a ‘gesture’ from the police of looking after the Torah to protect it from the rain ended up with the Torah being nowhere to be found. Even the police camera man, zooming in on the faces of the women and filming the entire proceedings was not allowed to dampen spirits; indeed some of the group did a fair job of taking photos of him as well and they can be found here:


I’ve been thinking about WOTW quite a lot over the past year as I’ve attended solidarity gatherings in London and I ran a session about them at Limmud UK this past December. Many of my friends have asked me why the Women of the Wall don’t give up, why they don’t accept that in this case the rule of religious law reigns supreme and stop ‘causing trouble’. My answer, renewed by another morning shared with a very special group of individuals, is defiantly that the women are not causing trouble. There is nothing more natural or more authentic than a group of Jews who wish to share together in a collective expression of their faith. The same women on the women’s side who told me that they would pray for my soul as I joined the group and scowled, tutted and pointed as we prayed, batted no eyelids at the far greater affront to their Jewish practice that several men on the women’s side of the mechitzah presented.

Rabbi Uri Regev once taught a group I was in that there are two kinds of Jews, those who move towards God and those who move away from God. The other labels we may give ourselves, liberal, feminist, orthodox, egalitarian, progressive etc are simply vehicles through which you can travel in one of these directions (indeed one can use the same label to travel both to and from God). The Women of the Wall are seeking one thing only, the journey towards God, to be a living breathing echo of the words of Isaiah with which I opened. I wonder if those who endeavour to stand in their way in the name of religion can claim with integrity to be on that path as well?
Posted by Joshua Hammerman

Email ThisBlogThis!Share to TwitterShare to FacebookShare to Pinterest
Labels: Women of the Wall