The Shabbat-O-Gram is sponsored by Catherine Reed and Yitzhak Brudny in honor of their son, Ethan, and daughter, Noa, becoming b'nai mitzvah. 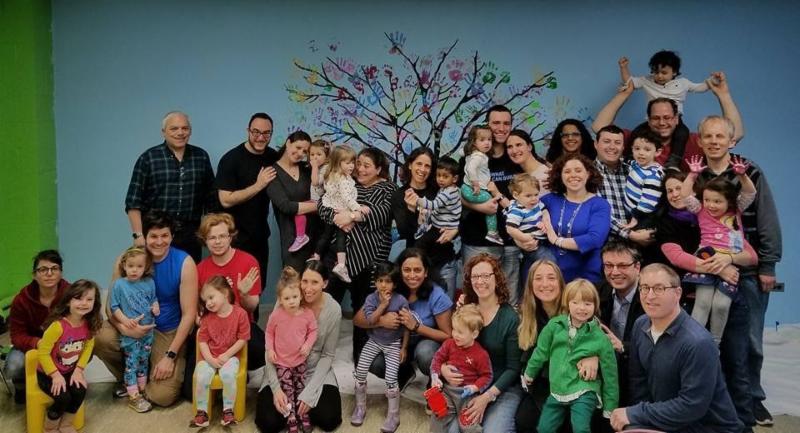 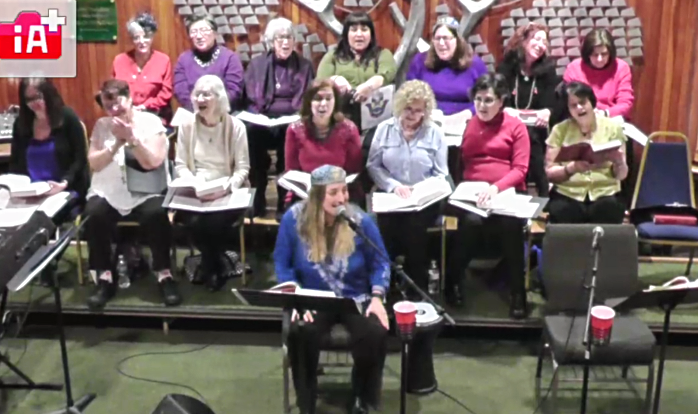 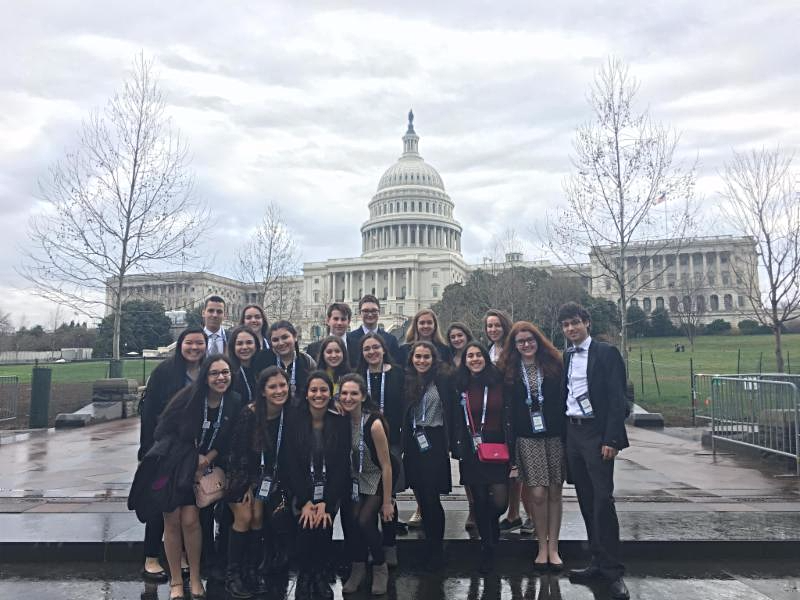 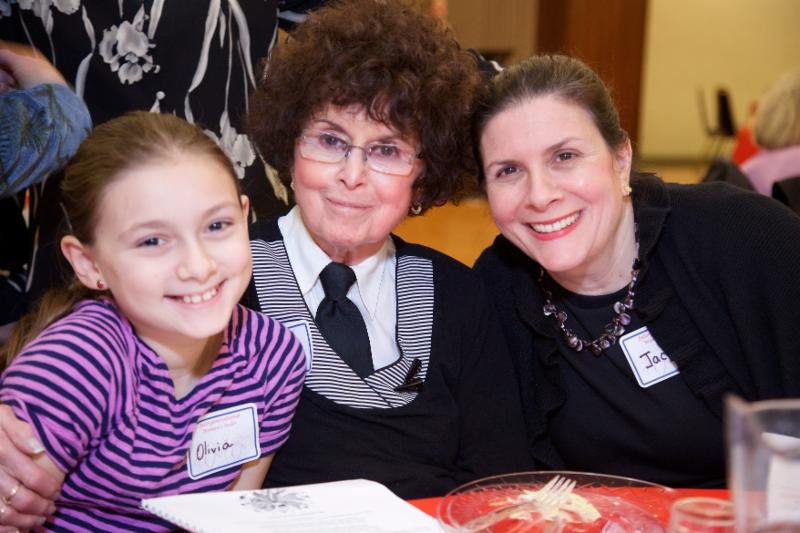 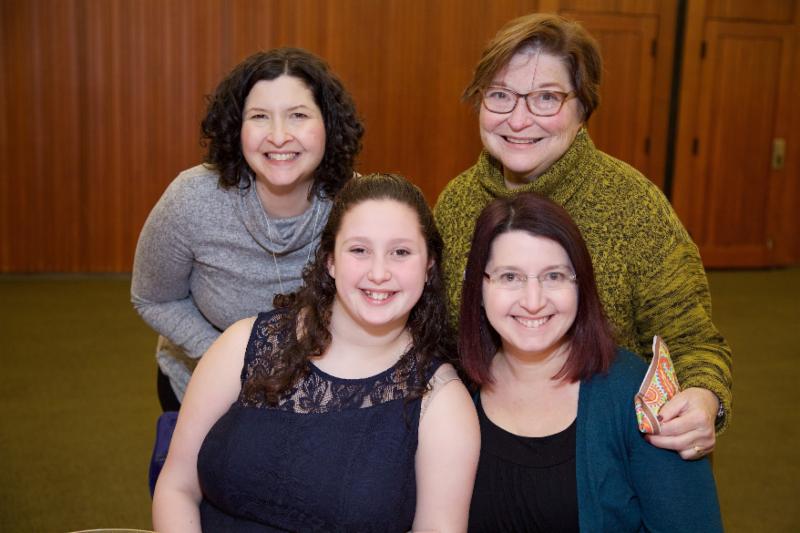 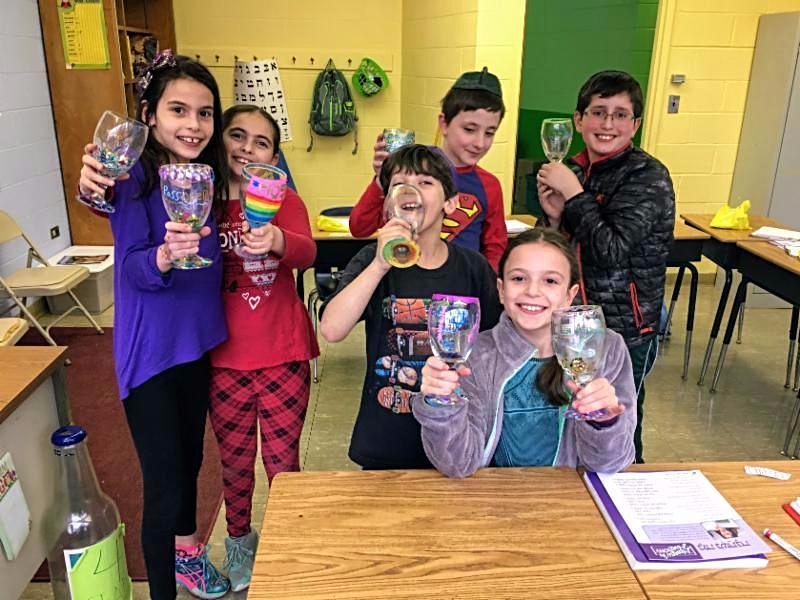 TBE fourth graders display handmade Elijah cups and in the video below,
our students practicing the Four Questions

Shabbat Shalom
Mazal tov to Noa and Ethan Brudny, who become B'nai Mitzvah this Shabbat morning! And we welcome this Friday night JCC Tzahal Shalom Israeli soldiers and TBE hosts, the Baer and Goldberg families, all this following our annual Chocolate Seder for families. This week's Torah portion is Vayikra (see a summary). Preview the Parsha Packet, which explores the song Dayenu in light of the portion's focus on gratitude.

If you are having difficulty dealing with this weekend's wintry, messy weather, remember that as March goes out, Pesach comes in...and Pesach and the end of March have something in common:  Just click on this link and you'll feel lots better:

See my article that appeared last week in the Washington Post, reacting to the arrest of an American Israeli Jew for a number of bomb threats to Jewish organizations.

See also Alison Mandel’s commentary on her bat mitzvah portion of VaYakhel Pekuday.
See my suggestions for new Haggadah and Seder supplements, or go to Haggadot.com, where you can download the themed Haggadah of your choice.

For a good introduction to all things Passover, you can download my own “Guide to the Perplexed,” as well as the Rabbinical Assembly 5777 Passover Guide, which will answer all those nagging questions about what to buy and how to clean.  See also the recent responsum allowing Ashkenazic Jews to eat “kitniyot” (legume-type products, including rice), which, as you may recall, I support.

See this Bidikat hametz (Search for Leaven) format, and if you would like to sell your hametz to me, download this form, print it out and send it back to me by Sun., April 9.

A reminder that we will have a Siyum for the Fast of the Firstborn on Mon. April 10 at the conclusion of our 7:30 morning minyan.

You may have heard about the 30 Minute Seder.  Well, how about the whole seder in just four minutes?  That’s less time than it takes me to break the middle matzah (I do it meticulously so the two sides are exactly even).  Actually, the four minutes are just a Quick n’ easy intro to the Seder, not the entire experience.  But for those looking for something clear and understandable - and quick - to review for yourself or share with guests who may have no idea what they are getting into, I highly recommend it.  And, to be completely transparent, it’s actually 3:57 minutes long.
Amazing Grace (Farms)

Over the past several months I’ve had the chance to visit the closest thing we have around here to the Garden of Eden.  If New Canaan is considered the “Next Station to Heaven” (name’s origin), then Grace Farms is the last stop in that last station. Literally just a block from the Westchester border, Grace Farms is one of the most serene places I’ve ever visited.

Even a visit to their website can lend an air of serenity to your crazy day.  And then, once you are actually there, the architecture is as breathtaking as a New England sunset.  The award winning structures, or River Components, as they are called, complement the natural surroundings rather than intruding upon them, meandering river-like along the slopes of this old horse farm.  The glass enclosed sanctuary is breathtaking (and conceptually, not that different from ours).  Glass is seen as a means to break down barriers between people, and between people and nature; that mission is certainly accomplished in this facility - as we aspire to do here.

Next Wednesday’s Interfaith Seder will be held in the Commons, located about midway along this meandering architectural marvel.

The Seder begins with some schmooze time at 6:30 - for those who might be interested in arriving earlier, feel free to explore the grounds.  But you need to reserve if you want to come to the Seder. Already registration has reached 100 and space in the Commons is limited. Reserve here.

One more note about the Seder.  Imam Kareem Adeeb and Pastor Mark Lingle will be joining me in what will primarily be an interfaith dialogue, rather than a how-to event.  The instructional part will be much briefer than your typical model Seder, as we felt that our purpose would be better served through grappling with key issues raised by the Passover story, in particular, the journey from darkness to light, from despair and oppression to faith and hope.  We will also encourage participants to engage in this dialogue.  To get a sense of what we have in mind, see the Exodus Conversations website. 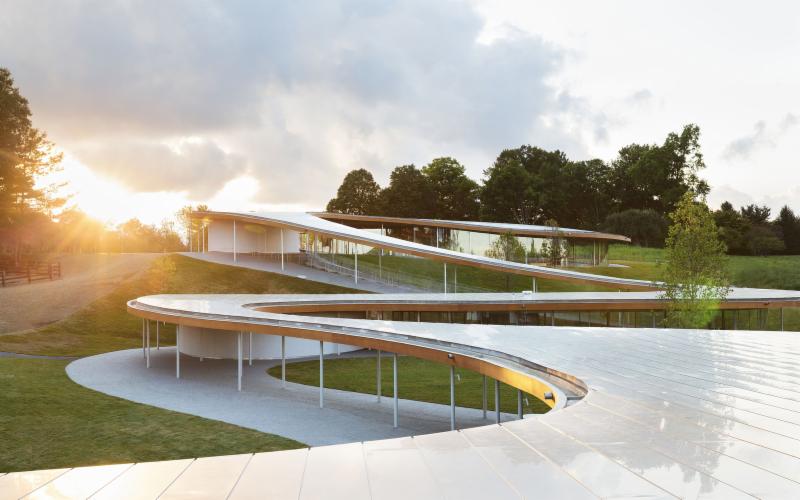 So what’s on YOUR Seder Plate?

At Wed. night’s superb Women’s Seder, the question came up, as it invariably does, as to how the custom originated to have an orange at the Seder table.  It has to do inclusiveness, which most assume, but contrary to conventional wisdom, it specifically is related to LGBTQ inclusiveness rather than feminism - though the rising tide of inclusivity lifts all ships.  See this brief video explanation by Prof. Susannah Heschel, a Jewish feminist scholar who originated the practice.

Heschel sees an irony in this confusion: “Somehow, though, the typical patriarchal maneuver occurred: My idea of an orange and my intention of affirming lesbians and gay men were transformed. Now the story circulates that a man said to me that a woman belongs on the bimah [podium of a synagogue] as an orange on the seder plate. A woman’s words are attributed to a man, and the affirmation of lesbians and gay men is erased. Isn’t that precisely what’s happened over the centuries to women’s ideas?”

That explanatory video was produced by 70 Faces Media and is featured on the beautifully and newly redesigned website, MyJewishLearning.com. TBE’s own Gabrielle Birkner, a senior editor at 70 Faces Media, shared this week the great news of the upgrading of MJL, which for years has been the best site around for empowering those who wish to learn more about Jewish concepts.

The upgraded site offers thousands of articles, videos and other resources to help us navigate all aspects of Judaism and Jewish life - from food to history to beliefs and practices.  The site is geared toward all backgrounds and level of knowledge.   It is distinctively pluralistic (unlike, say Chabad, Aish or other Orthodox sites), which means that it offers both traditional and more innovative responses to Jewish questions and does not have a denominational ax to grind.  When people research Jewish questions, they often are directed to those sites, or to very well funded messianic sites advocating Christian forms of Judaism that are far out of the mainstream.

Check out the upgraded MyJewishLearning site and view their introductory video.  And Yashar Koach to Gabi!!!

Adding items to the Seder plate is a great way to keep this timeless story current.   Recently, some have added an olive for Israeli /Palestinian coexistence,  chocolate (or a cocoa bean) as a reminder of child labor, a potato for Ethiopian Jews, who were so weak that they could eat nothing more substantial when they arrived in Israel on Operation Solomon in 1991; a banana to remember Aylan Kurdi, 3, the Syrian refugee whose drowned body washed up on the shores of Turkey, reminding us of the plight of refugees striving to achieve a modern-day exodus to freedom; a tomato in recognition of farm workers in Florida and elsewhere, and their struggles for justice and an artichoke honoring Jewish diversity and inclusiveness:

Like the artichoke, which has thistles protecting its heart, the Jewish people have been thorny about this question of interfaith marriage. Let this artichoke on the Seder plate tonight stand for the wisdom of God's creation in making the Jewish people a population able to absorb many elements and cultures throughout the centuries--yet still remain Jewish. Let the thistles protecting our hearts soften so that we may notice the petals around us.

This year, a congregation in Boston is recommending adding a pine cone to the Seder plate, in order to remember those who languish in prisons and to focus on the need to highlight the inadequacies of the criminal justice system.

Why a pine cone? “Like inmates, the pine nuts inside are valuable but unseen, easily forgotten, and difficult to extract from the tough exterior,” said Rabbi Matt Soffer of Boston’s Temple Israel.

What might you add to the Seder table?  Send me your ideas, as well as photos of your family around the decorated table at your Seder.  We’ll add them to our TBE Family Passover Album, a time-lapse collection that grows every year. 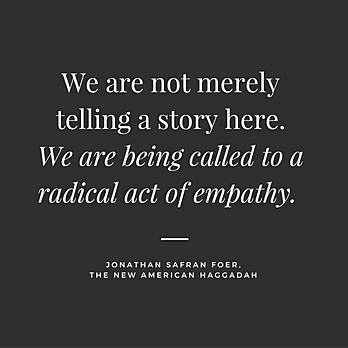 The same people who have been bringing us Shabbat Across America now also are featuring Passover Across America.  The National Jewish Outreach Program has awarded $1,000 grants to 70 Jewish organizations who will be running public seders this Passover, and we are one of them. See the complete list.

An estimated four million American Jews are not affiliated with any religious denomination or institution. For many such Jews, the reason they give for non-involvement is because they lack a fundamental understanding of their religion and its basic precepts. It is the hope of NJOP that participation in this Seder will enable many to gain an appreciation for the Passover Seder experience as never before. It will also hopefully inspire participants to become more involved in Jewish life throughout the year.

We hope for that too.  While our Second Night Seder is filling up primarily with families from within the congregation, we look to this event as an opportunity for outreach as well.

Here’s the rub.  We have a deadline for reservations, and it’s THIS COMING TUESDAY, APRIL 4.  The angel of death has informed me that this is a DROP DEAD DATE (I think the angel of death actually coined that expression).  We really cannot accept anyone after that date, as we might for other events during the year.  It’s just the way Passover catering works.  Obviously a Pesach caterer did not coin the phrase “Let all who are hungry come and eat.”

So your mission, should you choose to accept it, is to seek out those in our community who might be looking for a Seder, or simply a nice communal experience with TBE and its clergy, and send them immediately to the TBE Second Seder Reservation Page.  Do it this weekend, before it's too late!

And save the date... 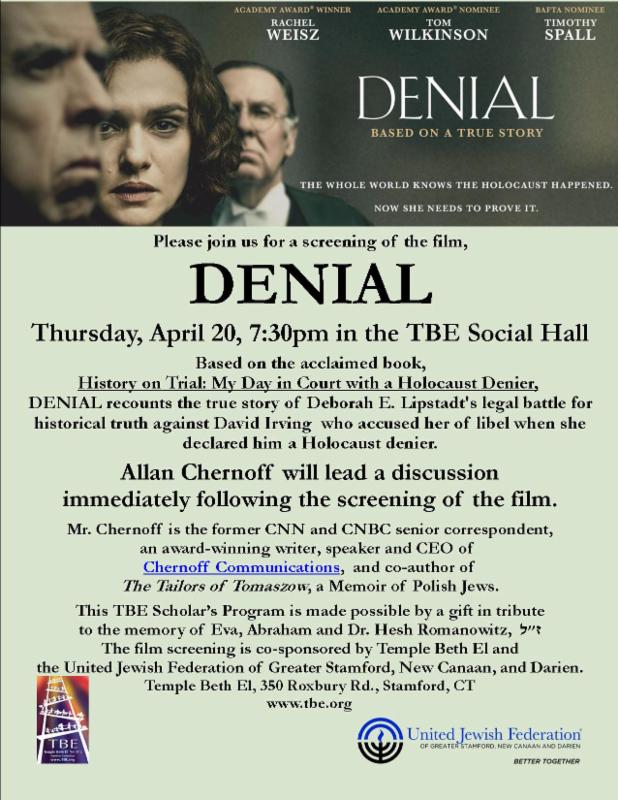