Join us Friday evening at Cove Island for our Shabbat at the Beach.  Steve Epstein and Natasha Fenster will lead music for the kids at 5:30 and at 6:30 (note the time), Steve will assist me for a relaxing, family style Shab n' Surf (not "surf n' turf") service.  The service is for all generations and the yahrzeit list will be read.  The forecast is for clear weather, so join us!  From the parking lot at Cove (and we have special permission to park without a sticker), simply walk to the right until you find us on the beach.

During the summer, the Shabbat-O-Gram is typically on hiatus. So this is the final official one until Labor Day, though I'll be sending out periodic reminders and special messages.  The world does not stop during the summer, and that means, sadly, that it may be important to share important perspectives on current events, such as the statement from the Conservative Movement leadership that you will find elsewhere in this email.  And don't forget to join us for services all summer long.  One highlight will be on July 13, when we'll have three ufrufs - a TBE first!!

Last week I mentioned that we would be receiving a photo of the secret synagogue of Terezin taken by noted photographer Daniel Bogaev.  Well, it has arrived and you will soon be able to see it in our lobby.  For those looking for more background on that synagogue - and why it is so inspirational - here is the backstory. 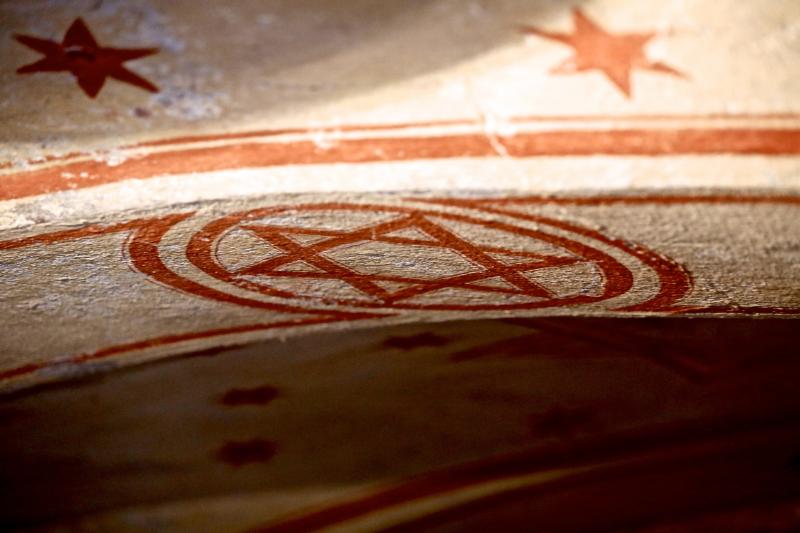 As i announced last week, we will be doing another trip to Poland, Budapest, Prague and Berlin a year from now, in the summer of 2020.

More information will be forthcoming over the next couple of weeks (and yes, the Cuba trip set for next March is still good to go). Let me know if you are interested.  This trip is for all ages (except for young children), and the Holocaust Memorial Committee is offering significant scholarship assistance for those teens and college students who join their parents on this journey, in tribute to Dr. Hesh Romanowitz, of blessed memory. We feel it is a very important trip for all Jews to take. 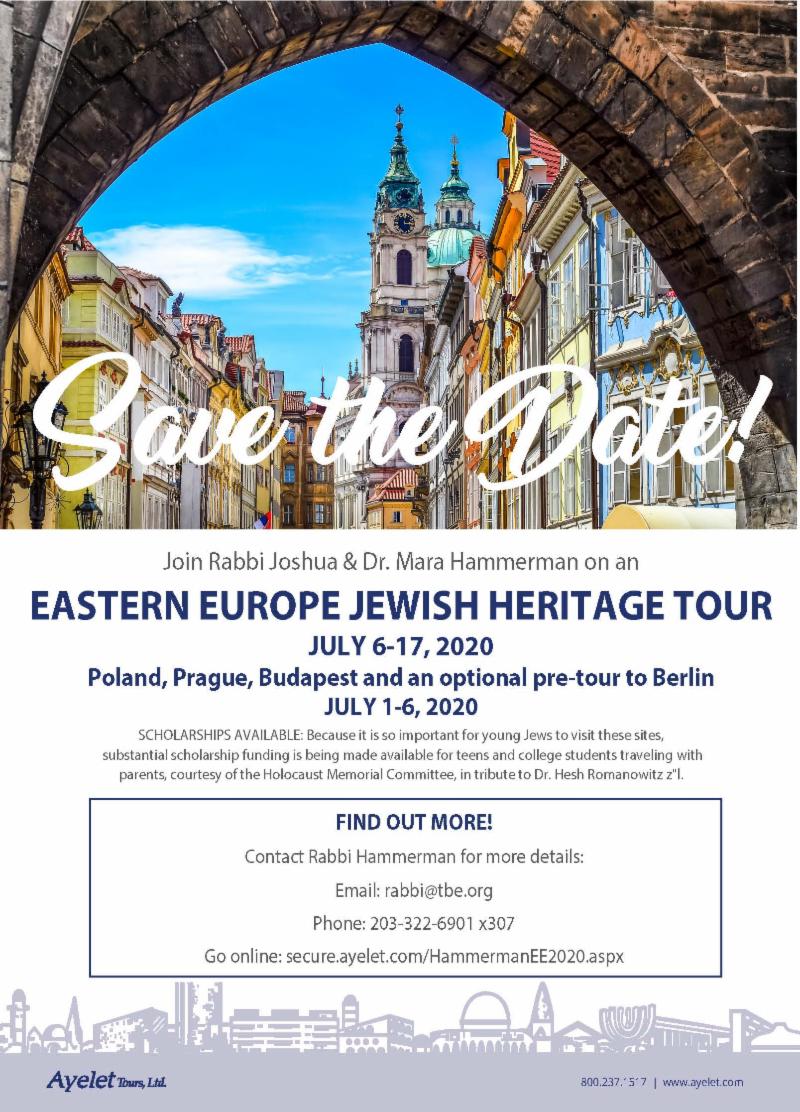 This week's Canadian Jewish News scoured the internet for Jewish summer camp experiences.  And lo and behold, the writer found something I wrote over a decade ago.  It still rings true today.  I shared a letter that I sent home from camp:

"Dear Folks,
I REALLY am sad now. I need more food because I haven't had anything to eat. My swimming teacher is making me jump into the water but I don't want to. I'm scared of putting my clothes into the laundry because I'll lose them and they'll come back different colors. Send ear plugs."
What's funny is that I actually loved camp-even that first year-because I discovered there what children have been discovering about summer camp for decades, and what Jews have known for millennia: When you leave home, you can reinvent yourself. As Eric Simonoff wrote in his book about the American summer camp experience, "Sleepaway," camp was the place, "where I knew I wouldn't be that weird, bookish kid who always had his hand up in class-where, instead, I would be the popular kid, the lifelong camper who knew all the counselors, all the camp songs."

Summer camp is, in short, a transformational experience.

This week, Tablet Magazine features an article about how some Jewish summer camps tried to create a Hebrew speaking utopia in the heartlands of America, particularly during the baby boom years after World War Two.  The birth of Israel had just transformed us from perennial victims to victors.  I was part of that experiment, attending Camp Ramah in New England, though at a time when the use of Hebrew was not quite so doctrinaire as it had been in '50s.  (You can read about the Ramah movement's history and vision here)

The Tablet article talks about the phenomenon of Hebrew Infusion.  Interestingly, the Hebrew that was taught at Ramah and other camps developed a life of its own.  I suspect many Israelis would not recognize aspects of it. But I still can hum the lyrics of West Side Story in Hebrew - we performed the musical when I was in 5th grade.

When speaking a new language becomes as natural as circling the bases (and I was quite the athlete back in my camp days), something transformational has happened.

And something else transformational happened to me as a counselor at camp.... I met Mara - and our anniversary is tomorrow!

So what are some of your memories of camp?  And what made summer camp so significant in your growth?

Wherever you are and wherever you go, have a transformational summer!

And as a public service, here is a brief lexicon of summer-y words in Hebrew.  See how many you can use over the coming weeks!

And your word for the day is GAL-SHAN - surfboard.

Conservative/Masorti Movement Expresses Anger at Immigrant Detention Centers
https://www.rabbinicalassembly.org/story/conservativemasorti-movement-expresses-anger-immigrant-detention-centers
The Conservative/Masorti movement of Judaism expressed intense anger today at the status of immigrant detention in the United States, particularly reports of children being held in inhumane conditions and that a former internment camp used during World War II for Japanese-Americans at Fort Still, Oklahoma is now slated to be used as a new detention center for immigrant children.
The movement issued the following joint statement:
"Today, most Americans recognize the 1940's internment of American citizens of Japanese descent as immoral, illegal, and certainly lamentable. How tragic that America is again on the verge of incarcerating a new generation, this time of would-be immigrants. Hundreds and thousands of people are so desperate for a better life that they flee to the United States of America  - knowing that the country's leader says they are not wanted - and once here are placed in pens, cages, jails and prisons. Our government is paying for-profit companies with arguably no supervision and no oversight to hold these human beings - for unlimited time in subhuman conditions.
Judaism has a strong tradition of calling for loving the stranger (Deut 10:19) because we were strangers in a strange land. Two of the most powerful values Judaism teaches are the dignity of all creatures (k'vod habriyot) and b'tzelem Elohim, the firm belief that each and every human being is created in the image and likeness of God.
Our tradition values children. They are our future and our hope. Yet today in this country, we leave them in outdoor detention pens - with no diapers for babies, no toothpaste, no soap, often no clothes to speak of, and certainly no toys.
Children must be reunited with their families immediately and everyone seeking asylum at our borders deserves a fair hearing. We need more judges and more adjudication of asylum seekers at our borders, not more camps. We need more humanity and sympathy. Not more camps.
Further, we continue our support for a fair immigration policy that guarantees due process in immigration proceedings and protects the civil liberties of immigrants. We vehemently oppose capricious immigration raids like the one recently proposed.
To detain human beings in prison-like conditions, for undetermined amounts of time, despite the fact that they are not charged with any crime is unconscionable. Today's transfer of children is only the first of many critical steps needed. The detention centers must be closed. Now. The United States of America and the Jewish community know this all too well from our histories. When we say never again, we mean it."
Rabbinical Assembly
United Synagogue of Conservative Judaism
Cantors Assembly
Jewish Educators Assembly
The Jewish Theological Seminary
Jewish Youth Directors Association
Masorti Olami
MERCAZ Olami
MERCAZ USA
Seminario Rabinico Latinoamericano
The North American Association of Synagogue Executives
Letters FROM My Palestinian Neighbor

This week's Tablet Magazine features a video essay marking the publication in paperback of Yossi Klein Halevi's  Letters to My Palestinian Neighbor, which broke important ground when first published last year.  At that time Klein Halevi practically begged for a Palestinian to engage him in dialogue, distributing the book for free in Arabic.

Much to his delight, many letters came in, and an extensive selection of them is printed in the book's recently released paperback edition.  As the Tablet article points out, one letter in particular stood out: Its author was Mohammed Dajani Daoudi, an Al-Quds university professor and former hardliner who, five years ago, took a delegation of Palestinian students to visit Auschwitz. To capture their exchange, author and producer Peter Savodnik put together a three-part mini-series. No matter where you stand on the Israeli-Palestinian conflict, that such a conversation is even possible ought to make you pause and reconsider.

I'll be discussing my book Mensch-Marks next week at Atria on 3rd St.  Contact Atria for more information. Meanwhile, I've been getting some interesting feedback from readers too (though nothing as interesting as Yossi Klein Halevi's).  The JCC of Suffolk County sent me a chart, "The Alef Bet of Being a Mensch," filled with menschy quotes for each letter of the Hebrew alphabet.  And a reader in Westchester came up with his own Mensch Matrix, based on the Periodic Table for Being a Mensch found in the book. 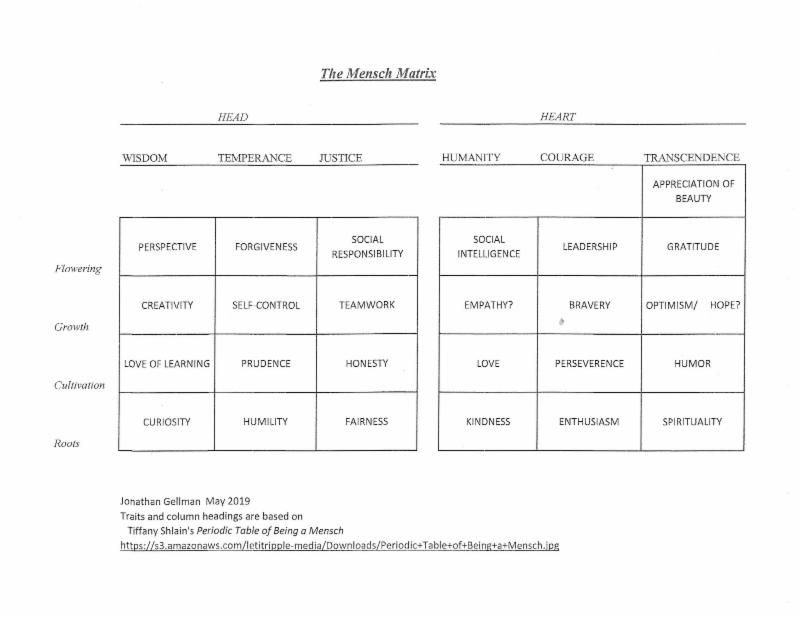 These are the prime qualities of being a mensch and how they interact. Click here for an enlarged, clearer version of the chart and here for more details.  And thanks to Jonathan Gellman for putting this together.

Have a wonderful summer and Shabbat Shalom! 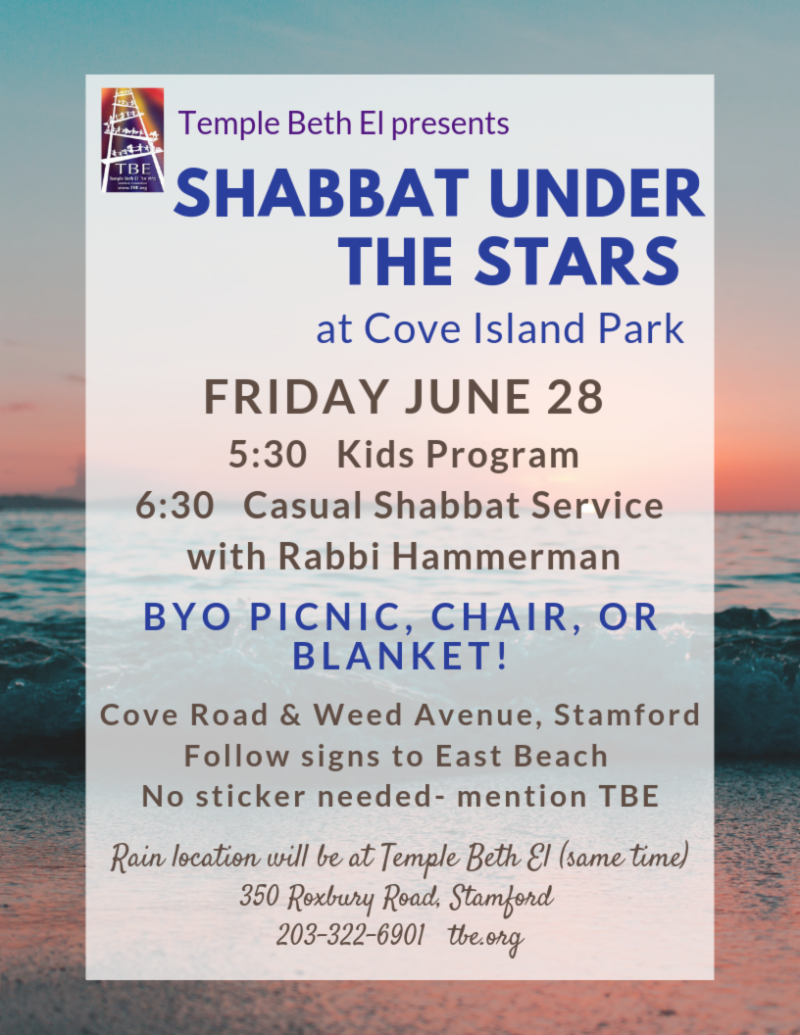