In this Moment: Morning in America

In This Moment
January 18, 2021
Emily Dickenson wrote of hope:
Hope is the thing with feathers
That perches in the soul,
And sings the tune without the words,
And never stops at all
On this MLK Day, things could not seem darker. The US death toll from Covid-19 will pass 400,000 today, and with the new strain taking root, it is spreading like wildfire.  Our democracy is still reeling from the attack on the Capitol.  The economy is in tatters.
On Feb. 6, 1968, another dark year later punctuated by his own assassination, Martin Luther King said, "We must accept finite disappointment, but never lose infinite hope."  That quote resonates for us today, although the disappointments seem far greater than finite in scale at the moment.
Even in Israel, for example, a country that is much farther along in vaccinations than any other, where the light at the end of the tunnel can clearly be seen, still the current situation is bleak.  The headline of today's Yediot Achronot newspaper reads, "This is not a wave, it's a tsunami!  And it's washing over us!" 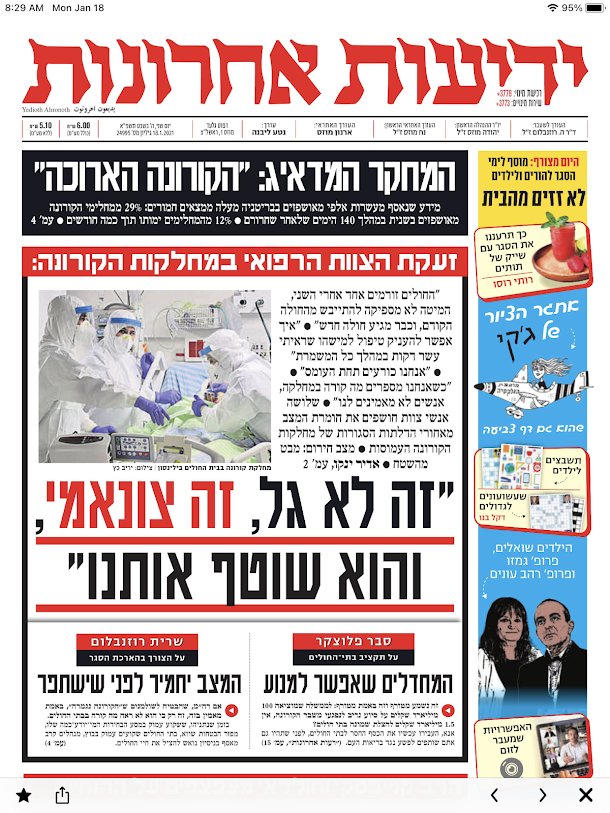 But I woke up this morning feeling hopeful, that a sunny semblance of order is about to wash over us as well.
Maybe it's because, on this MLK Day, we've seen the revival of the grand partnership between Jews and Blacks, as symbolized by the recent special election in Georgia.  Take a few minutes today to see this sermon delivered by Rev. Dr. Senator-elect Warnock at the Temple in Atlanta this past Friday.  The live-streaming service was infiltrated by haters, but the recording can be seen from start to finish on YouTube.
Hope is just over the horizon.  As some of you know, Mara and I collect mugs, and when I saw a certain mug online celebrating the upcoming inauguration, I just had to get it.  I posted a photo of it on Facebook yesterday: 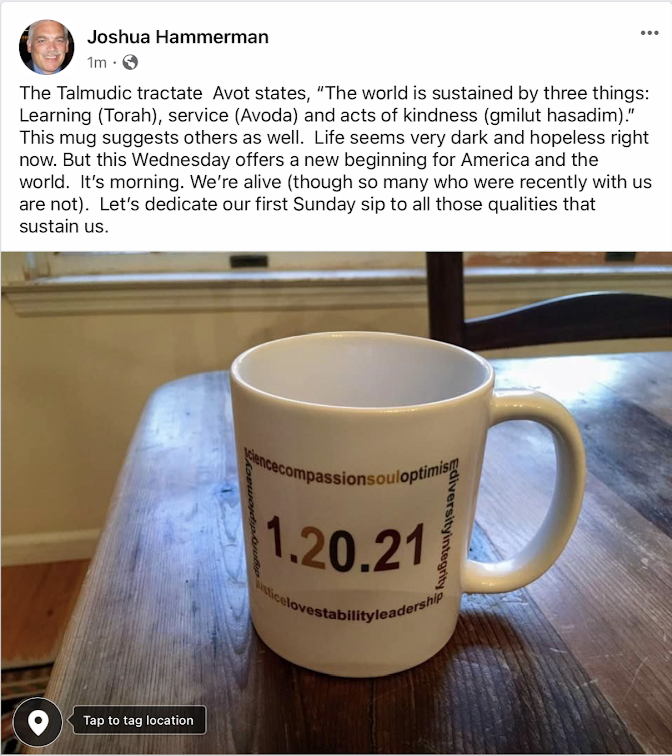 This week is not merely going to be the celebration of the peaceful transfer of power, but of everything that is best about America: the unquenchable thirst for truth, our immeasurable compassion, our optimism, our diversity, our sense of dignity (and the addition of menschlichkeit to the American vernacular), the triumph of love, the resilience of hope and the victory of stability over chaos.
And then, when I posted it, someone noticed a peculiarity about this Wednesday:  It's a palindrome, one of only two that will occur this year (December 2 is the other).  What is a palindrome?  It has nothing to do with the former governor of Alaska.  It's where we can read a certain series of numbers or letters backwards and forwards and they are the same.  It's the embodiment of symmetry.
If we want to go one step beyond the date, how about the exact time when Joe Biden will become president.  Noon.  Or, if we spell it backwards, "noon."  Another palindrome.
Here's another one, a palindrome of words, found in an online collection of quirky palindromes:
King, are you glad you are king?
Today, when we celebrate a true leader named King, we can be glad he was truly a King, while we are equally glad that the president who wanted to be king truly wasn't.
So let's restore some order to our lives this week, steadying ourselves with palindromes - and note that in Hebrew and English, both mom and dad are palindromes.
The sun rises and sets, governments do too. As another king ostensibly said (at least in his Broadway incarnation) "Oceans rise, empires fall." But even as they do, the world is continuously sustained by the qualities of goodness that can come only from the people, the Talmudic pillars of learning, service and compassion.
It's morning in America. 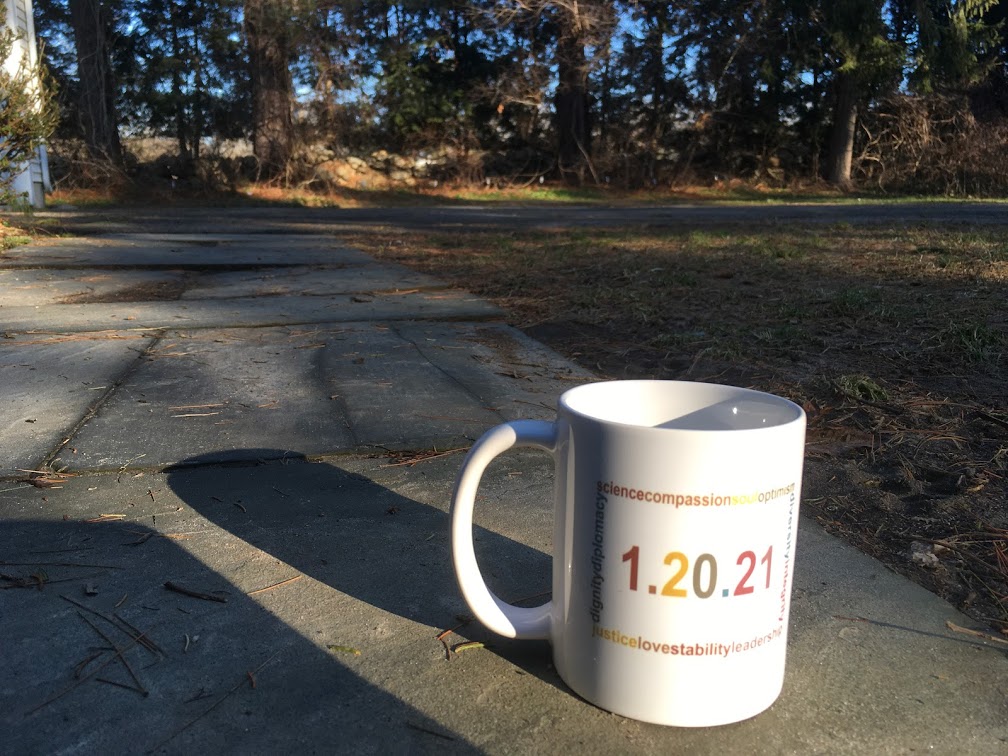