In this Moment: The Color Purple; The Kiddush Cup Craftsman; Jew By (Whose) Choice 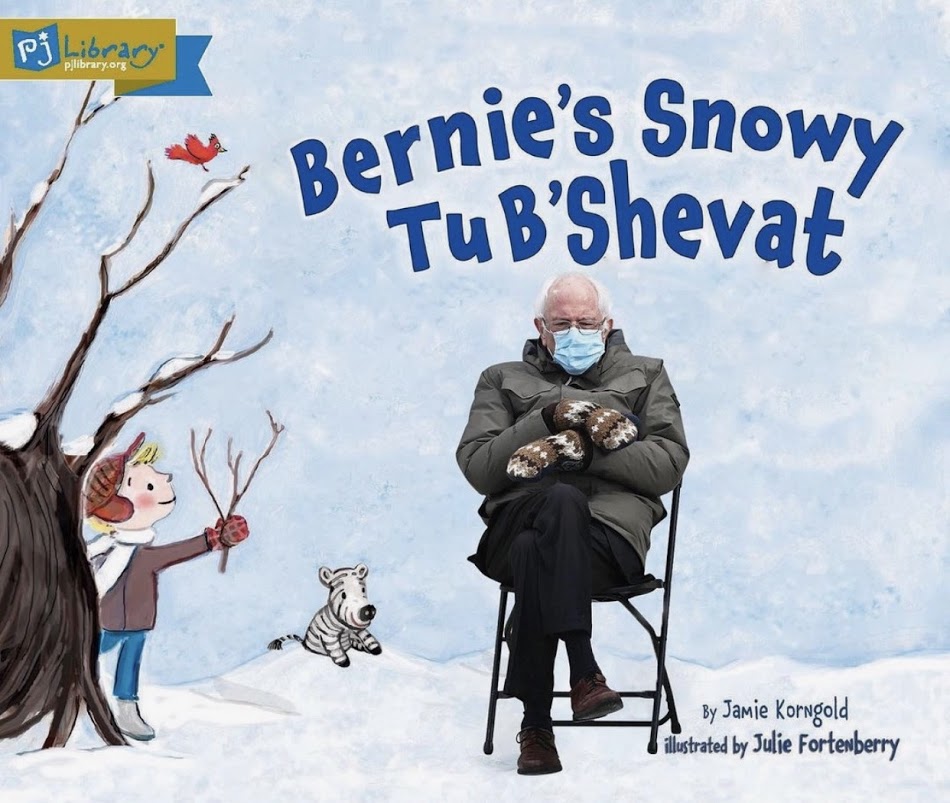 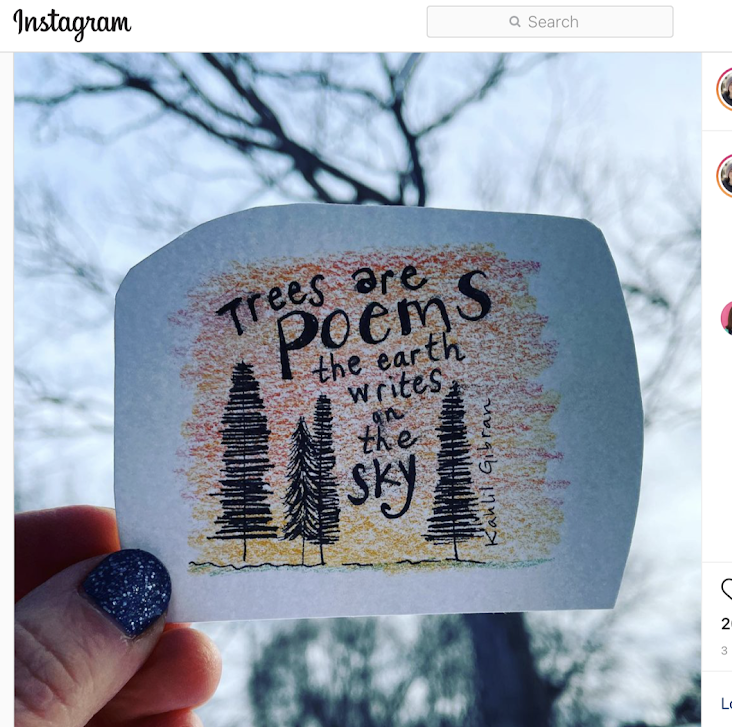 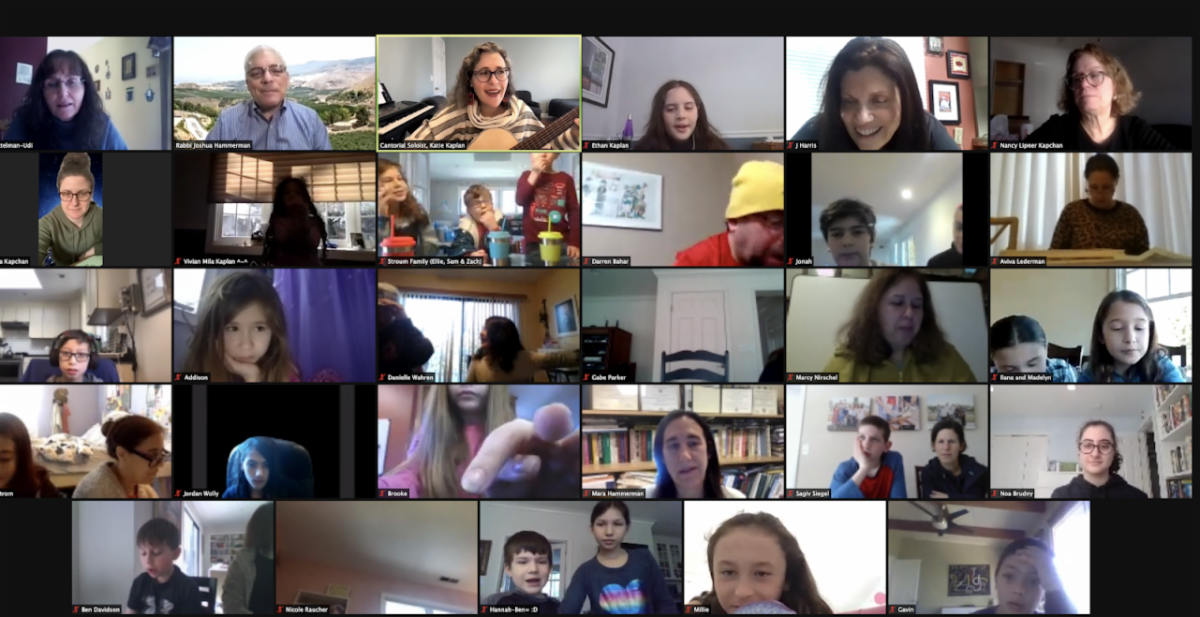 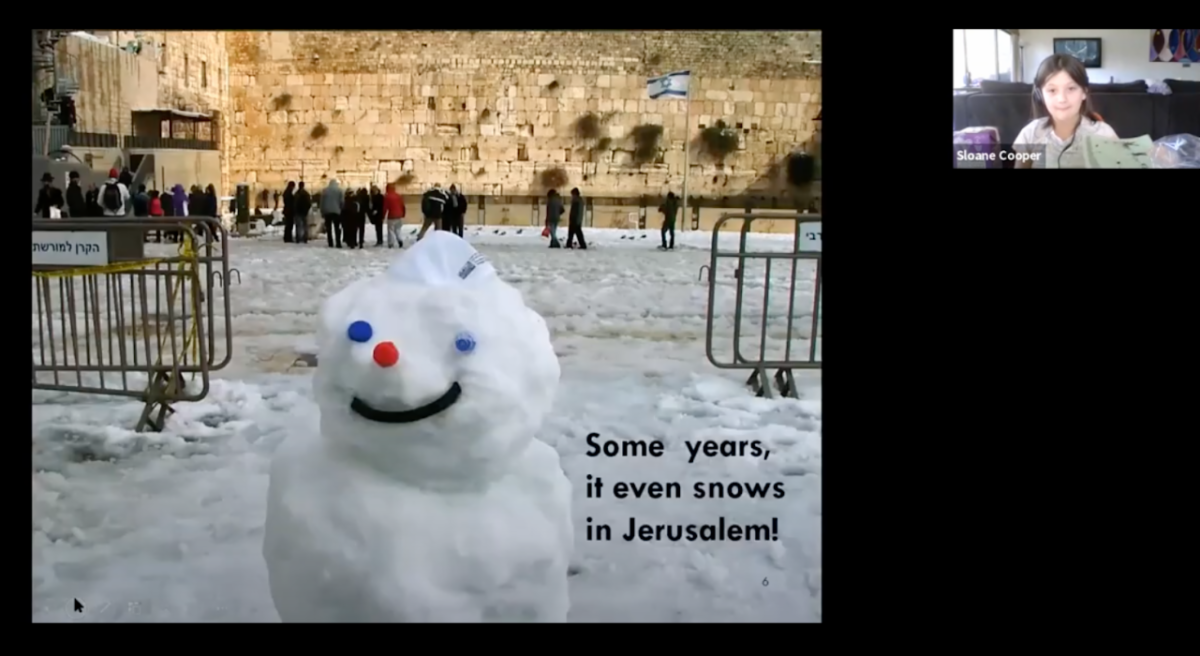 This week is Shabbat Shira (the Sabbath of Song), when we read the portion Beshallach, featuring the crossing of the Red Sea.  Here's a unique midrash on that Red Sea passage, from Manga Mutiny, a Biblically-accurate retelling of Genesis through Exodus 15:27 presented in the authentic Japanese Manga style.
(Thank you to Ethan H for sharing this - and happy birthday next week!) 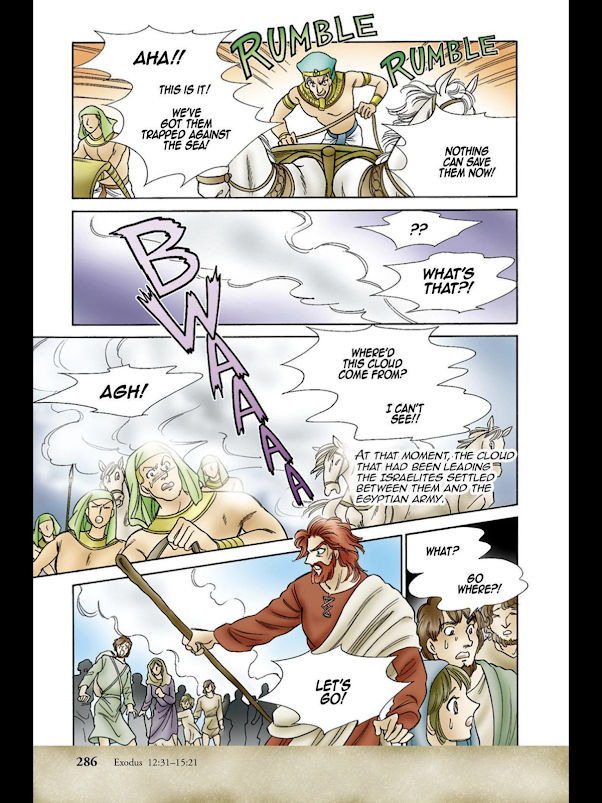 See the bottom of this email to find out what happens!
Shabbat Shalom!
We begin with some sad news.  The name Gene Wendell probably does not ring a bell to most of you, but he has a special place in many of your homes.  You see, Gene, who passed away this week, has been engraving kiddush cups for TBE B'nai Mitzvah for 67 years.  That means that if you are 80 years old or younger, and your Bar/Bat Mitzvah was here, that kiddush cup that you use on Friday nights or Pesach, or had under your huppah, or that just gleams proudly from your mantle - well, it was lovingly engraved by Gene.
He took the job very seriously, although there were times (many) when he would knock on my office door just before Shabbat, right under the wire, to deliver the goods. He always had a question about Judaism or a story to share - about his involvement at his synagogue in Norwalk or other things going on in his life.  You can read his obituary here.
I'll miss Gene. I'll think of him every time I lift one of "his" cups under a huppah.  There's a lesson here for us.  Behind every treasure you own, every book, every car, every piece of jewelry, every hand-made bagel - everything - there is a Gene Wendell. Often many of them.  You will never see most of these faces, but they are connected to us in the deepest possible manner.
This Shabbat, let's raise our glasses - our cups - to Eugene Wendell. In fact, if you are coming to Friday night services, bring your TBE cup with you, we'll lift them all together, and I'll send the photo to Sue, his wife.
On to other matters of great urgency....
- These days, it seems like the forces of hope and despair are engaged in an all-out war, especially regarding Covid-19.  Israel is being touted for being way ahead of the curve regarding vaccinations, yet as the chart below shows, the crisis of infections is not abating. 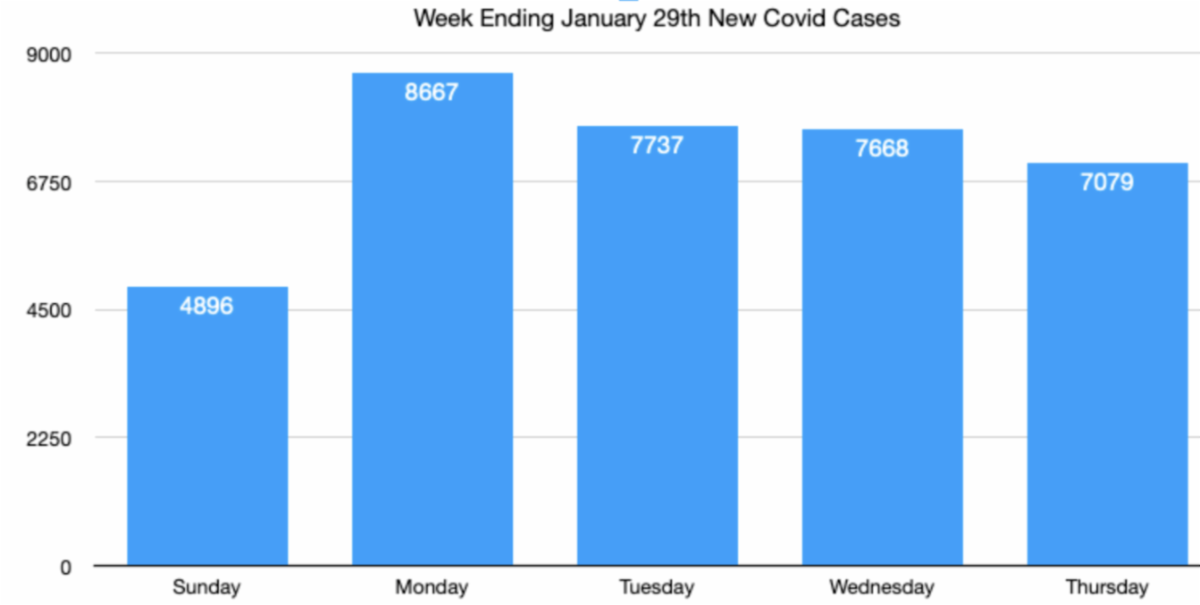 You would think that with so many having been vaccinated the infection rate would be going down much more. In his weekly newsletter, Marc Shulman looks into these sobering trends.  Meanwhile, if you are looking for an uplifting moment, yo've got to listen to this new "We are the World" style song created by Israel's most popular musicians (thank you to Aviva Maller for sharing):
- Remember when I spoke on Rosh Hashanah about the regal nature of the color purple and how it connects to the ancient history of the Israelites and the Curse (and Blessing) of Canaan, as well as the African American experience?
Well this week sent us major news on that front, an unprecedented archaeological discovery: 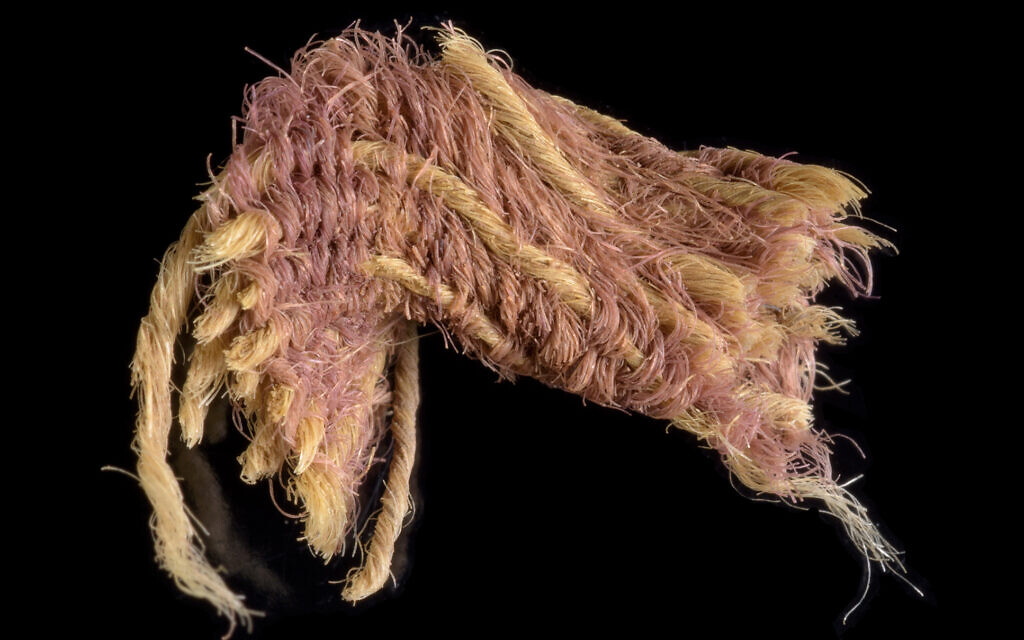 Ancient cloths with royal purple dye found in Israel, dated to King David's time (Times of Israel) This is a big deal. Israeli researchers have found three textile scraps near the southern tip of Israel colored with the biblically described "argaman" royal purple dye, and dated them to circa 1,000 BCE - the era of King David. The earliest ever such finds in this region, the vibrant cloths add tangible weight, in particular, to the Bible's account of an Edomite kingdom in the area at that time.
Here's the front page story in today's Ha'aretz: 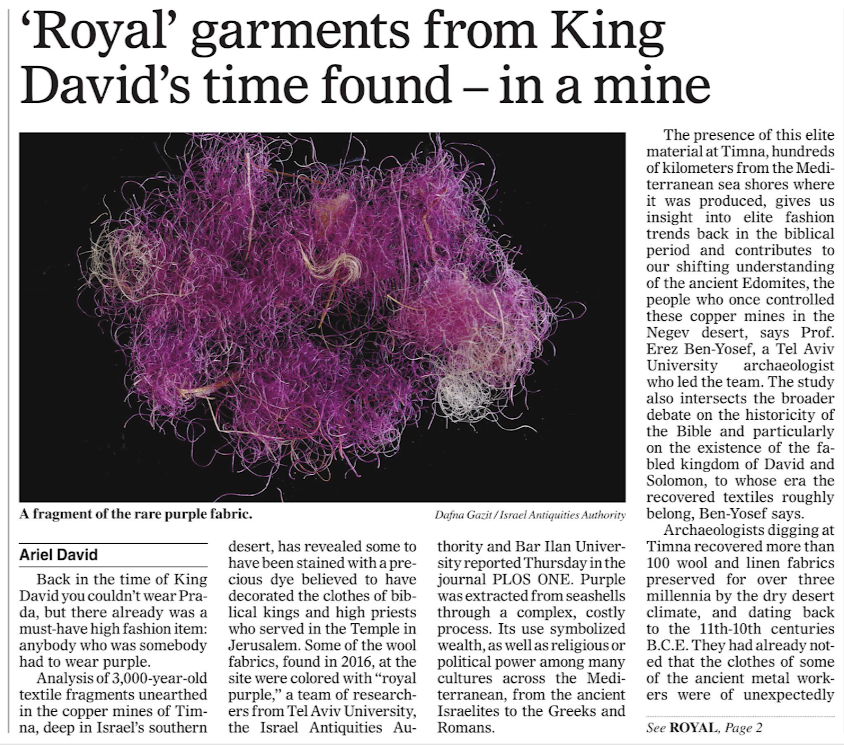 More recommended reading....
- Enough for a minyan: A Jewish who's who of Biden's cabinet (Forward)
- Reform Jewish Institutions Affirm IHRA Working Definition of Antisemitism -
The challenges posed by rising antisemitism are so great that we need all people of good will to join in the fight against it.
- See my featured Times of Israel op-ed on how Holocaust denial is the canary in the coal mine of Big Lies, Fake News and American white supremacy
- Over 1100 Jewish clergy from around the country have come together to impress upon the Biden Administration and 117th Congress the urgency of addressing the rights and safety of refugees and asylum seekers.  Here's the letter - I'm proud to have signed it.
- I'll be moderating a panel discussion on Climate Change next Thursday. An in-depth conversation with national leaders, the Rev. Lennox Yearwood, founder of Hip Hop Caucus, and Dr. Katherine Hayhoe, a leading climate scientist. The event is co-hosted by the Hartford Seminary and the Interreligious Eco-Justice Network.  This paragraph from an op-ed from the NYT, "Let's Say Goodbye to Normal," by Roy Scranton, was particularly alarming. 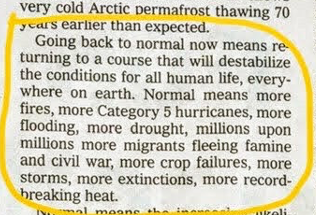 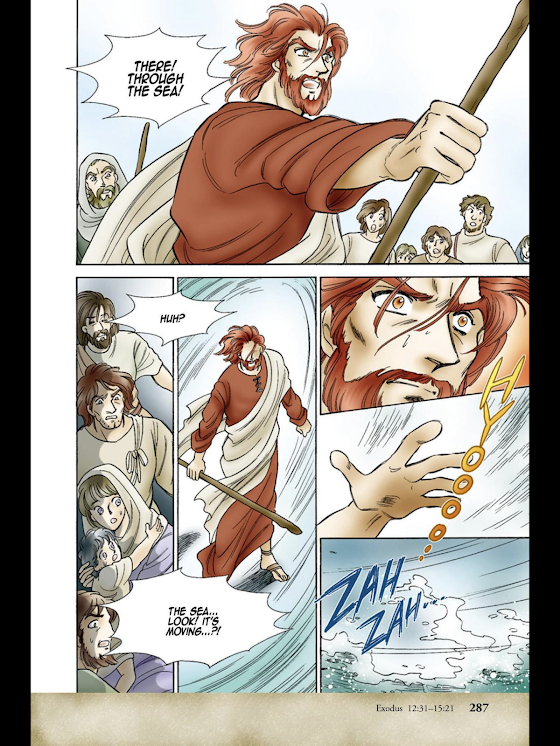 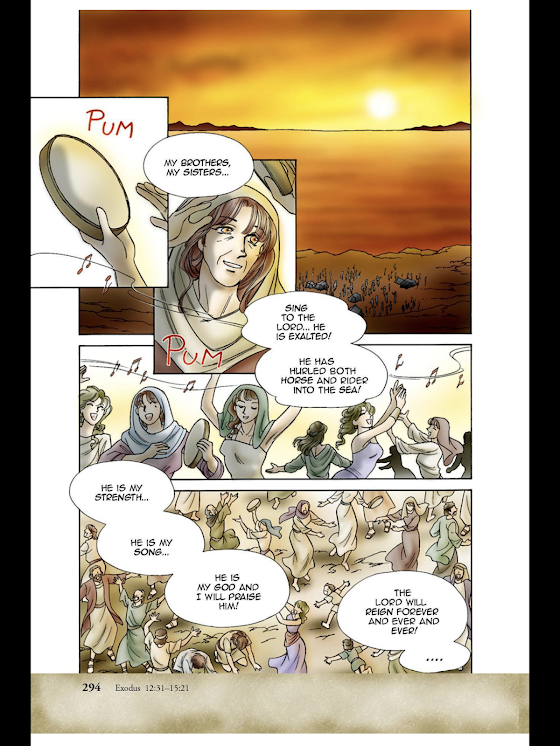