Letter from the Cove: Here Came the Sun! 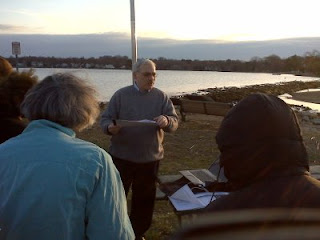 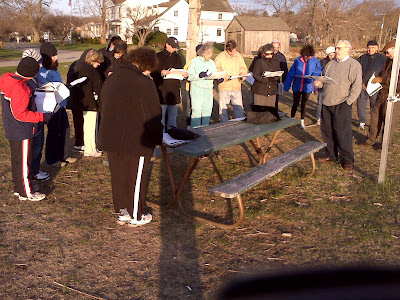 This morning I was joined by a number of intrepid, chilled sun appreciators (as opposed to sun worshippers) down at Cove Island Park for that much ballyhooed once-in-28-years event, the Blessing of the Sun. We met by the totem pole to the left of the park's entrance, at 7 AM. Fittingly, the Orthodox group was congregated to the right, but our left-of-center location situated us as close as possible to the rising sun.

As if on cue, the sun made it's first appearance from behind a low bank of clouds at precisely 7. No less spectacular than the timing was the sun itself, first peeking through with a ray pointing heavenward, then with rays stretching forth in all directions, bathing each boulder and treetop with light, adding several degrees of whiteness to the surf and of heat to our frigid fingers.

We read selected Psalms and contemporary readings, pausing for eclectic musical offerings from my iPod, ranging from a soulful Israeli "Shir La-ma'alot" (Song of Ascents) to "Sunrise Sunset," to Cat Stevens' "Morning Has Broken" to "Aquarius" and "Let the Sunshine In.

Our special siddur, put together by the Conservative movement just for this occasion, included this excerpt from a letter written in captivity to her family by Colombian senator and political activist (and recently rescued hostage) Ingrid Betancourt:

...We must think of where we come from, who we are and where we want to go. I aspire to our having that thirst for greatness one day that makes people rise from nothingness to the sun. When we are unconditional vis-a-vis the defense of life and liberty of our own, that is, when we get less individualistic and more committed to the common good, less indifferent and more involved, less intolerant and more compassionate, then at that time we will be the great nation that all of us would like to be. That greatness is there asleep in our hearts.

the end of the service, we were faced with a dilemma. We needed to bow for Alenu, and to face the east, but staring directly at us in that direction was Ol' Sol - and we didn't want to lend the impression that we were bowing toward the sun, thereby worshipping it. This matter is covered extensively in halachic literature. So we shifted slightly to the left and bowed toward Darien instead. Read into that what you will (a little more toward the north and would have been facing Canaan ... New Canaan that is).

The highlight was the blessing itself, "Praised are You, God, Sovereign of the Universe, Who carries on the constantly unfolding work of Creation."

We concluded with another quote from the Conservative prayer book, this from W.E.B. Du Bois:
Lord of the springtime, father of flower, field and fruit, smile on us in these earnest days when the work is heavy and the toil wearisome; lift up our hearts, O God, to the things worthwhile - sunshine and night, the dripping rain, the song of the birds, books and music, and the voices of our friends. Lift up our hearts to these...and grant us Thy peace. Amen.

And we were transported back, as if to the moment of Creation itself, to a world of utter and complete serenity and order, with a heron's squawk in the background punctuating the slap of salt water against a rock beneath us.

This evening as we chew on that green vegetable salted in water, I'll more likely think of the Cove and Creation than of the tears of slaves.
There is nothing to cry about today.
The world has been reborn. 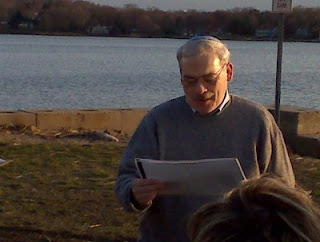 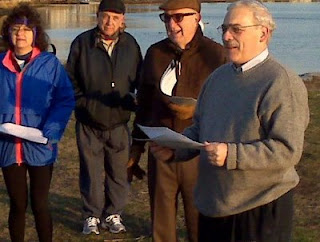 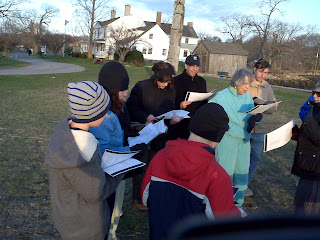 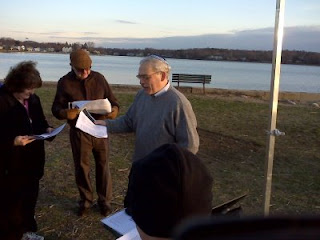 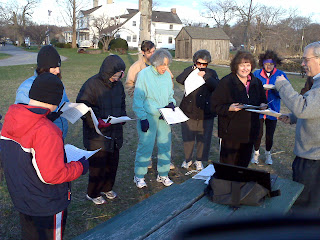