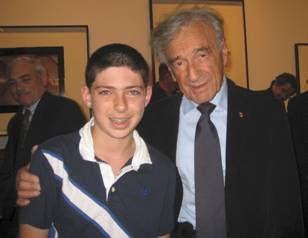 Last night, approximately 75 from TBE attended Elie Wiesel's lecture on Job at the 92nd St Y. This was the first of what will now becoming a regular feature of our adult ed programming. I am personally grateful to Rabbi David Kalb for facilitating this partnership, and for the JCC for making available their van, which took some of us down. In addition to the lecture, attended by nearly 1,000 people, our group had the privilege of meeting privately with Mr. Wiesel before the lecture.

It was most moving to hear this great prophet of our time speak especially to the several children who were there, including 7th grader Andrew Schwartz, whose mitzvah project is supporting the Nobel Laureate's Foundation. Wiesel recognized him. When I asked what advice he might give me in charging Andrew at his upcoming bar mitzvah, given the fact that students of this generation will have so few opportunities to meet with survivors, Wiesel said that anyone who hears the stories of a survivor himself becomes a witness.

Last night, all 75 of us became witnesses.

The lecture on Job was most moving, even for those not familiar with this very complex biblical book, because it was as if it were being given by Job himself. Job, after all, was himself a survivor, and Wiesel has stated, "Whenever [Holocaust survivors] attempt to tell our own story, we transmit Job's."

At one point, he quoted a midrash from the Talmud where the rabbis attempted to explain why Job, a supposedly upright man, could have deserved such a horrible fate. In that story, recounted at http://www.absoluteastronomy.com/topics/Job_(Biblical_figure): Job was in fact one of three advisers that Pharaoh consulted, prior to taking action against the increasingly multiplying "Children of Israel." Balaam gives evil advice urging Pharaoh to kill the Hebrew male new-born babies. Jethro opposes Pharaoh and tells him not to harm the Hebrews at all, and Job keeps silent and does not reveal his mind even though he was personally opposed to Pharaoh's destructive plans. It is for his silence that God subsequently punishes him with his bitter afflictions.

Wiesel, seated at a large, ornate desk, recounted this tale and then looked up from his notes and stated, unequivocally, what is perhaps the most significant message of his life's work: silence in the face of evil always helps the oppressors. Such silence, in fact, can itself be seen as a form of evil. In "Night," the author could not comprehend how the world remained silent in the face of Nazi atrocities. In 1985 (as he recounted in our private session), he could not remain silent and "spoke truth to power" (a phrase he proudly said he originated there), pleading with President Reagan not to go to the S.S cemetery at Bitburg.

But Job's silence was not the silence of the apathetic victimizer, but rather that of the dumbfounded victim, a feeling Wiesel knows all too well. He is sympathetic to Job's silence - as he once stated in an interview regarding his own silence in the decade following the Holocaust:

In discussing the end of the book, Wiesel spoke of the fine line separating faith from insanity, suggesting that a little madness might be required in order to maintain a posture of faith in the face of an unjust world. He postulated that Job did not fear an unjust God so much as an apathetic one.

He also made the point that Job's friends just don't "get it" in trying to figure out what Job or his children did to deserve their fate. Wiesel was appalled at their unsympathetic approach.

He commented on the absurdity of Job's life going back to normal - or even better - at the end and of the sudden appearance of Job's siblings, long after they were really needed, and the strange disappearance of his wife. He wondered why no book was ever written about her, since she seems to have been afflicted every bit as much (and is the one who calls upon her husband to "Curse God and Die!").

In the end, "Job" is a very Jewish book, as Wiesel said, because it answers questions with more questions, though he speculated as to how Jewish the main character was, for not questioning the validity of all the bad news he was being told. So many questions remain, about God's role, about morality, and about the reason to go on.

But go on we must. And that was the most powerful message of all, that the Jewish experience has been such that the book of Job has not only been read from generation to generation, it has been lived. And every generation of Jews has gotten up from the dung heap and chosen life.

As Wiesel put it, in recalling Deuteronomy's call to "Choose Life," the word Hayyim also means "the living." For him, and for all survivors since Job, the only real choice has been to choose the living - as illogical as it that choice might at times appear. It may seem like madness to move on, but it is also the secret of Jewish survival.

We left the lecture - only about an hour and a quarter long, and entered the mist of the Manhattan night, as witnesses.

As Wiesel often has said: 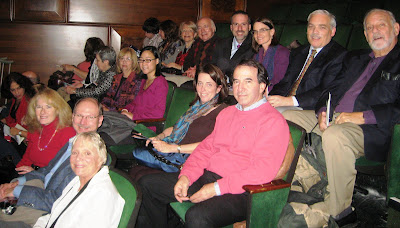 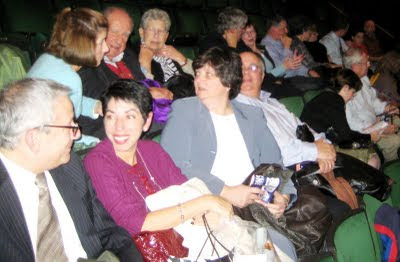 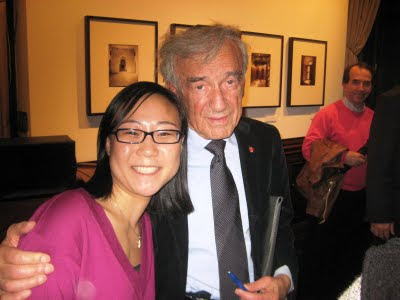 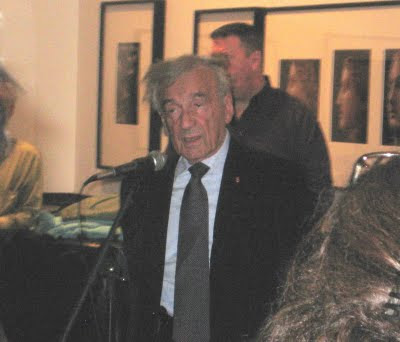 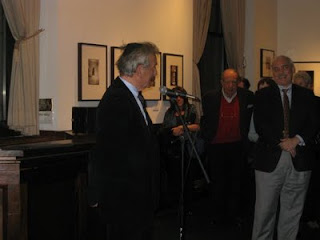 Email ThisBlogThis!Share to TwitterShare to FacebookShare to Pinterest
Labels: Holocaust and Anti-Semitism, wiesel