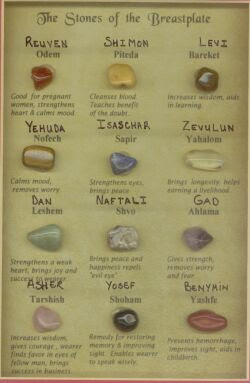 And thou shalt make holy garments for Aaron thy brother, for splendour and for beauty.

The breastplate described in this week's portion was worn by the Cohen as a symbol of the unity of the twelve tribes. Each tribe was represented by a precious stone affixed to the plate. Read more about it here.
A major theme of this weekend is coexistence and unity. I've discussed elsewhere that this is Avi Schaefer Shabbat, marking the first yahrzeit of a college student who did more to promote coexistence among Jews and others in his short life, especially in regards to Israel, than many do in a lifetime.
This week also saw the passing of philanthropist Alan Slifka, who established the Slifka Program on Intercommunal Coexistence at Brandeis, the Slifka Center for Jewish Life at Yale and the Abraham Fund Initiatives, bridging the gaps between Israeli Jews and Arabs. In memory of both Avi Schaefer and Alan Slifka, this is a good week for us to figure out how to place all the jewels of the priestly "hoshen" into neat rows, side by side, so that they all might glow independently even as they grow together, each with its own radiant color.

There is much work to do. The Abraham Fund has done much in Israel to combat ethnic segregation. Rabbi Naftali Rothenberg, an Orthodox authority in Israel, writing about the recent attempts in Israel to keep Arabs from buying in Jewish neighborhoods, said:
The State of Israel, which was established to repair historical injustice toward the Jewish people, which had first been expelled from its own land, and later found itself persecuted and without rights in the Diaspora, must in its relations with minority groups honor the claim that justifies its existence. This means fully protecting minorities' rights and integrating minority citizens fully into the state framework. Instead of complaining about extremist inciters of various shades and making absurd demands of our Arab citizens, the Jewish majority has a responsibility to allow the latter to act on the basis of rights derived from their citizenship.

Coexistence is on our minds these days, inspired by the "Three Faiths" exhibition at the New York Public Library and those ubiquitous "Coexist" bumper stickers.

Next Wednesday evening at the Avon Theater in Stamford, a film about Jewish - Arab coexistence will be shown, called Budrus, and there will be a post-film Q&A with producer Nadav Greenberg. I've not seen the film, which deals with issues surrounding protests over Israel's security fence. No doubt I'll disagree with many aspects of it, but the existence of any Palestinian protest movement based on the principles of non-violence has got to be good news for those supporters of Israel who also seek non violent resolution to the conflicts that have harmed too many for too long. The film has won many awards - see its website here.

I for one am very glad that the Palestinians have opted for the path of non-violence. Some may call this propaganda or even delegitimization. As dangerous as that may be, it pales in comparison to the dangers of violence and terror. Israel simply has to be prepared to make its case to the world, in the face of this sophisticated and compelling narrative. And in the new Middle East that is now being forged, an Israeli society based on principles of democracy, equality and human rights will truly become the model for its suddenly attentive neighbors, themselves eager to live in freedom and dignity.

Israel can, at last, become a light unto its neighbors! 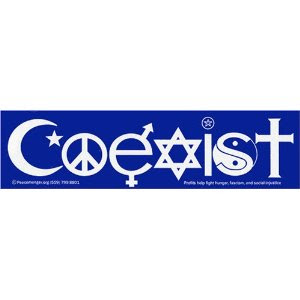