Shabbat-O-Gram for December 27: Terrible Teens, 2020 and Beyond; to Know Us and Like Us 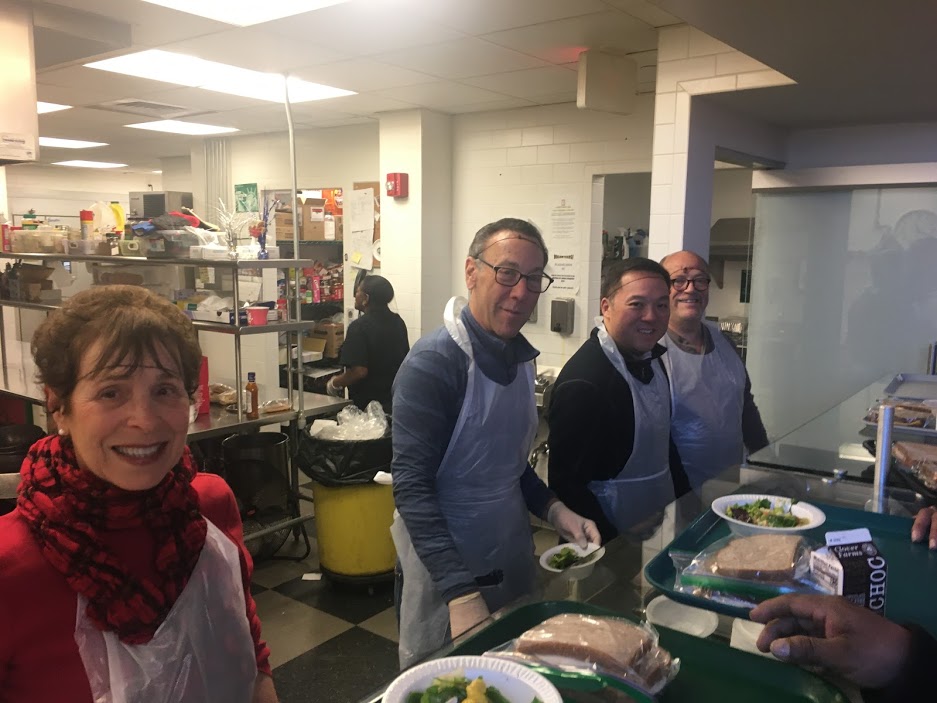 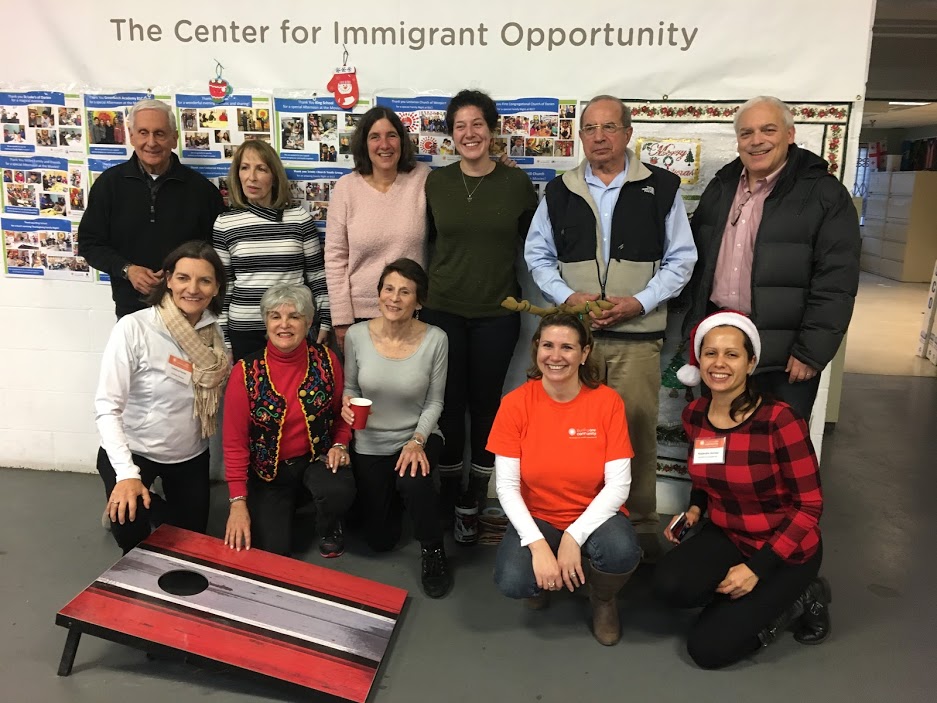 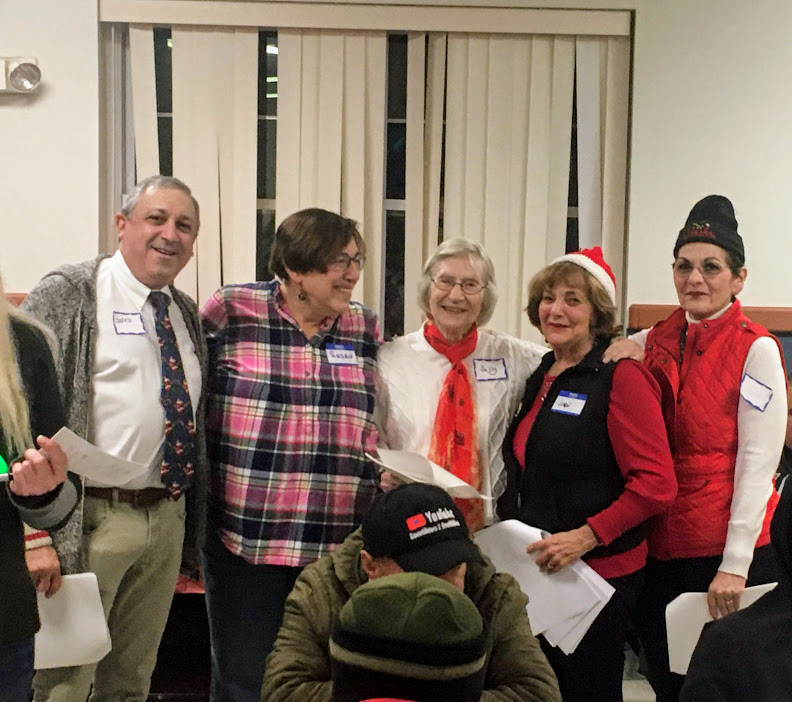 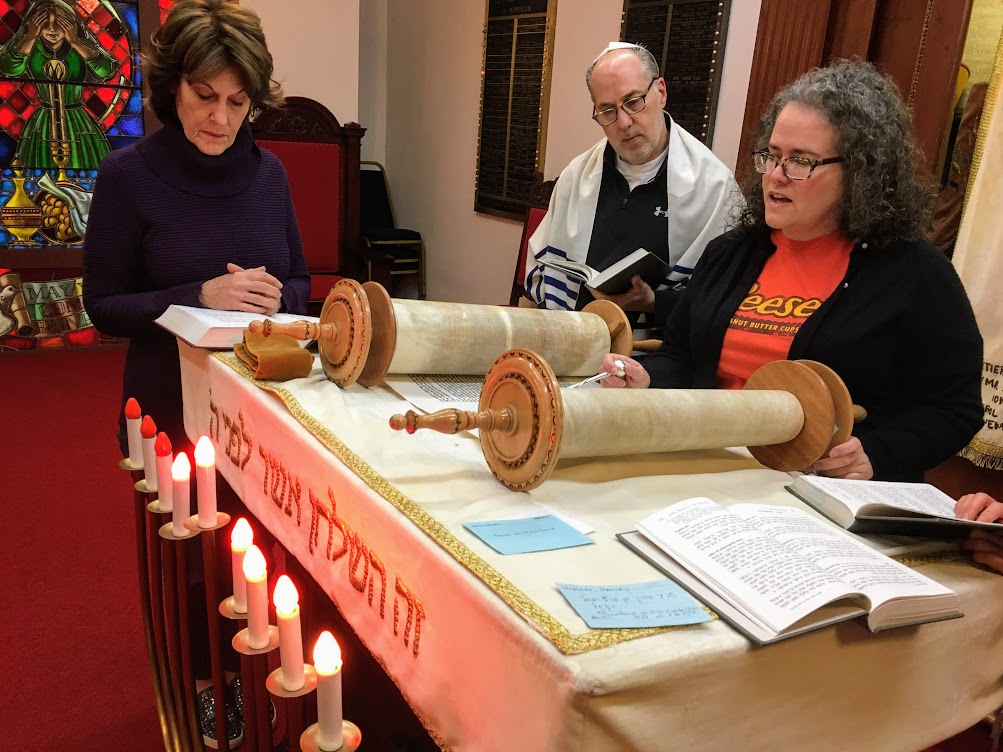 TBE volunteers were all over town helping our neighbors to celebrate Christmas last week (with a little Hanukkah thrown in) - at Building One Community we celebrated with new immigrants and at Pacific House, New Covenant House and Inspirica, we joined with those in greatest need. And here at home, volunteers like Naomi Marks (pictured here reading Torah this morning) help to keep our morning minyan humming each day.  Please consider joining us - 7:30 AM on weekdays, 9 AM Sundays (and New Years Day).
Thank you to all our volunteers!

I know I said that there would be no Shabbat-O-Gram this week - but this is actually a Shabbat Hanukkah-O-Gram, with Rosh Hodesh thrown in for good measure.  Join us this evening at 7:30 for Kabbalat Shabbat, co-led by myself and brand new Stamford resident, Judy Aronin (OK, she just moved back here from Norwalk).  Tomorrow morning, Hank Silverstein will be providing the d'var Torah.

Lots of interesting reading material to share this week....

... like this article explaining how in Israel, Hanukkah sufganiot have gotten so over-the-top (filled and topped with everything from tiramisu to pb&j).  I picked up some Israeli sufganiot in Boston this week (at the Butcherie, which brings in Israeli baked goods from Jerusalem's famous Angel Bakery) and they were superb.

...or read why the story of Hanukkah is not in the Bible - and where it can be found.

... or why we should remember our partnership in God's miracles - and see my article from last week's O-Gram, syndicated and featured by the Religion News Service, on the miracle of Hanukkah's first night.

... or highlight a different Jewish value each night of the festival with this study guide from AJWS and author Sarah Hurwitz.

... or read Marc Shulman's latest analysis of the third election campaign for Israel in less than a year, in light of Netanyahu's Likud primary win yesterday.  Find out why next Tuesday will be a very important day in determining whether Netanyahu can form the next government, even if he wins.

For all those who have been worried sick over the increase in anti-Semitic attacks in the US, fear not! Evidently to know us is to love us - but even to NOT know us is not necessarily to hate us.  So says a recent Pew survey, which indicates that US Jews know a lot about religion - but other Americans know little about Judaism.

Pew Research Center's new religious knowledge survey asked Americans 32 fact-based multiple-choice questions about religion, each of which had a single correct answer. The survey included questions that gauged knowledge about a range of different religious groups and varied widely in difficulty. (You can test your own knowledge by answering some of these questions in the new quiz.) 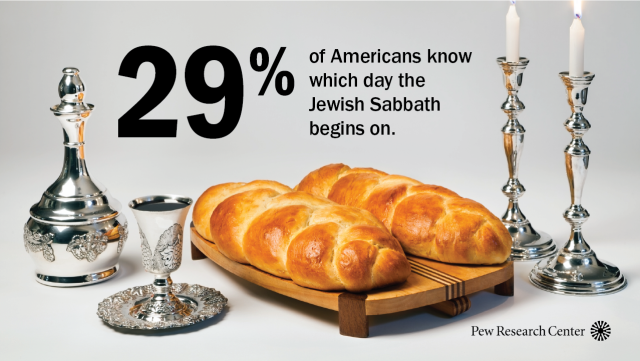 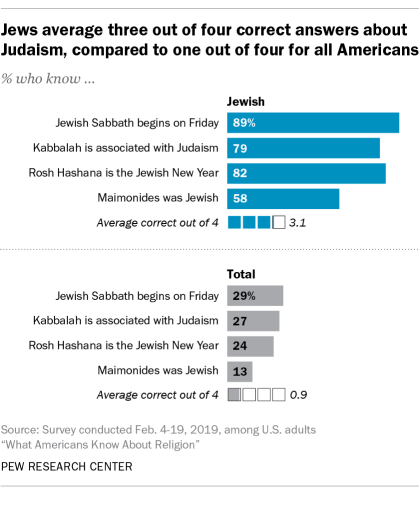 According to Pew, overall, Americans feel warmly toward Jews. Indeed, the average rating given to Jews on a "feeling thermometer" from 0 (coldest) to 100 (warmest) is 63, higher than for any other religious group, according to the new survey. Furthermore, non-Jews who know the most about Judaism have even warmer feelings toward Jews than those who know just a little. Among non-Jewish adults in the U.S. who answer at least three of the four questions about Judaism correctly, the average thermometer rating is 69, compared with 62 for non-Jews who get no more than one question correct. There are similar patterns linking religious knowledge with warmer feelings toward Buddhists, Hindus and atheists.

So things aren't as bad as they seem, though it's hard to say that when, according to a March 2019 survey, a majority of U.S. adults (64%) say Jews face at least "some" discrimination in American society today, - up 20 percentage points from three years prior.  And this week say several more incidents just in New York City.

This past decade was the best of times and worst of times. See the Jewish Week's Decade in Review section for a number of interesting essays.  The Week calls it "The Divisive Decade: When the Center Could Not Hold." The newspaper provides a chronology of the most significant events. An interesting thought exercise as you loll around in your pj's or lie out on some beach somewhere this week (Do I sound envious? Of course not!  Enjoy!  You deserve it!) -  See if you can choose your top five events of the decade and then list them in order of long-term significance.  Send me your results and I'll tally and share them (and suggest my own top five) next week Shabbat at services.

Then, if you want to be really bold, make a prediction or two about the coming ten years.

2011
♦ Gilad Shalit, is released after being held captive by Hamas in Gaza for five years in exchange for releasing 1,027 prisoners in what is the largest prisoner exchange agreement Israel ever made.
♦ Lieby Kletzky, an 8-year-old chasidic boy, is murdered by an emotionally disturbed Orthodox man in Borough Park.
♦ Debbie Friedman, Jewish singing superstar, dies at 59.
♦ A fire destroys the building of Kehilath Jeshurun, a landmark Orthodox congregation on the Upper East Side.
♦ Matisyahu, one-time Chasidic reggae singer and rapper, posts a beardless picture of himself, igniting discussions about his religious metamorphosis.
♦ Former Israeli President Moshe Katsav begins a prison sentence for rape.

2013
♦ Gal Mekel becomes the second Israeli basketball player signed by an NBA team, the Dallas Mavericks, but his pro career in the States is short.
♦ Production starts at the massive Tamar natural gas field off of Israel's Mediterranean coast.
♦ A Pew Research Center study finds that a growing number of Jews in this country define themselves as "nones," without a religious belief or affiliation.
♦ U.S. and other world powers reach an interim deal to curb Iran's nuclear program.
♦ Pope Francis declares that a true Christian "cannot be anti-Semitic."

2014
♦ Following the kidnap-murder of three Israeli teenagers, serious fighting flares up between Israel and Hamas forces in Gaza.
♦ Six men - including five Jewish worshippers and a Druze officer - are killed during a terrorist attack at a synagogue in the Har Nof section of Jerusalem.
♦ David Blatt, a veteran of pro basketball in Israel, is named head coach of the NBA's Cleveland Cavaliers.
♦ Former New York Mayor Michael Bloomberg awarded first Genesis Prize.
♦ Former Prime Minister Ehud Olmert is sentenced to prison on bribery charges.

2015
♦ Convicted spy Jonathan Pollard is released from federal prison.
♦ Benjamin Netanyahu is re-elected prime minister of Israel.
♦ Power broker Sheldon Silver, a longtime member of the New York State Assembly, is arrested on federal corruption charges.
♦ A revival of "Fiddler on the Roof" on Broadway, stars Danny Burstein as Tevye.
♦ A biography of Supreme Court justice Ruth Bader Ginsburg cements her reputation as "The Notorious R.B.G."
♦ The controversial Iran nuclear deal goes into effect, widening the divide between the Obama administration and parts of the US Jewish community.
♦ Abe Foxman ends a 50-year run at the Anti-Defamation League, 27 of which were as national director.

2018
♦ The Orthodox Union announces that it will enforce its ban against woman rabbis in member congregations.
♦ Eleven people are killed during a terrorist shooting at the Tree of Life synagogue in Pittsburgh.
♦ The Mossad steals a half-ton of nuclear files from an Iran nuclear facility.
♦ Keeping a campaign promise, President Trump moves the U.S. Embassy from Tel Aviv to Jerusalem.
♦ Actress Natalie Portman declines to attend the Genesis Prize award ceremony in Jerusalem, as a protest against Israeli political actions.
♦ Serious fighting between Israel and Hamas forces flares up in Gaza.
♦ Israeli singer Netta Barzilai wins the Eurovision Song Contest.

2019
♦ "Shtisel," the Netflix series about a charedi family in Israel, becomes a hit in the United States.
♦ A Yiddish revival of "Fiddler on the Roof" opens Off Broadway.
♦ National elections in Israel twice fail to elect a party that can form a government coalition. Another vote is set for March 2020.
♦ Prime Minister Benjamin Netanyahu is indicted on corruption charges.
♦ J. Levine Books and Judaica, the century-old firm with Lower East Side roots, closes its midtown location.
♦ After a decade in the National Basketball Association, Omri Casspi, the NBA's first Israeli player, returns to Maccabi Tel Aviv.
Shabbat Shalom!  Happy Hanukkah!  Happy Rosh Hodesh Tevet! Happy 2020 - and beyond!