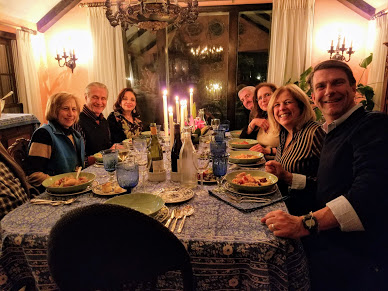 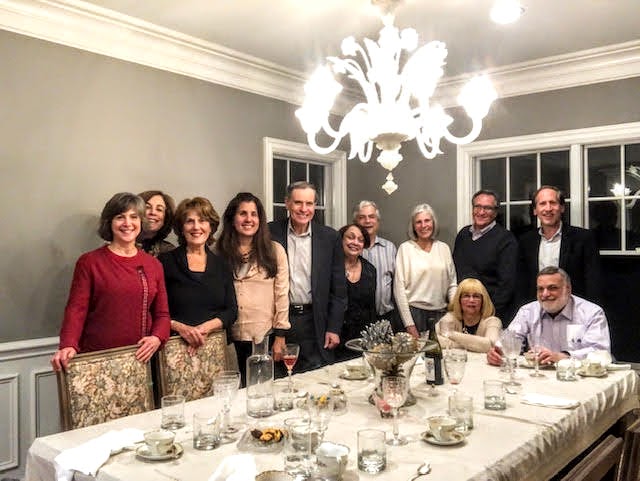 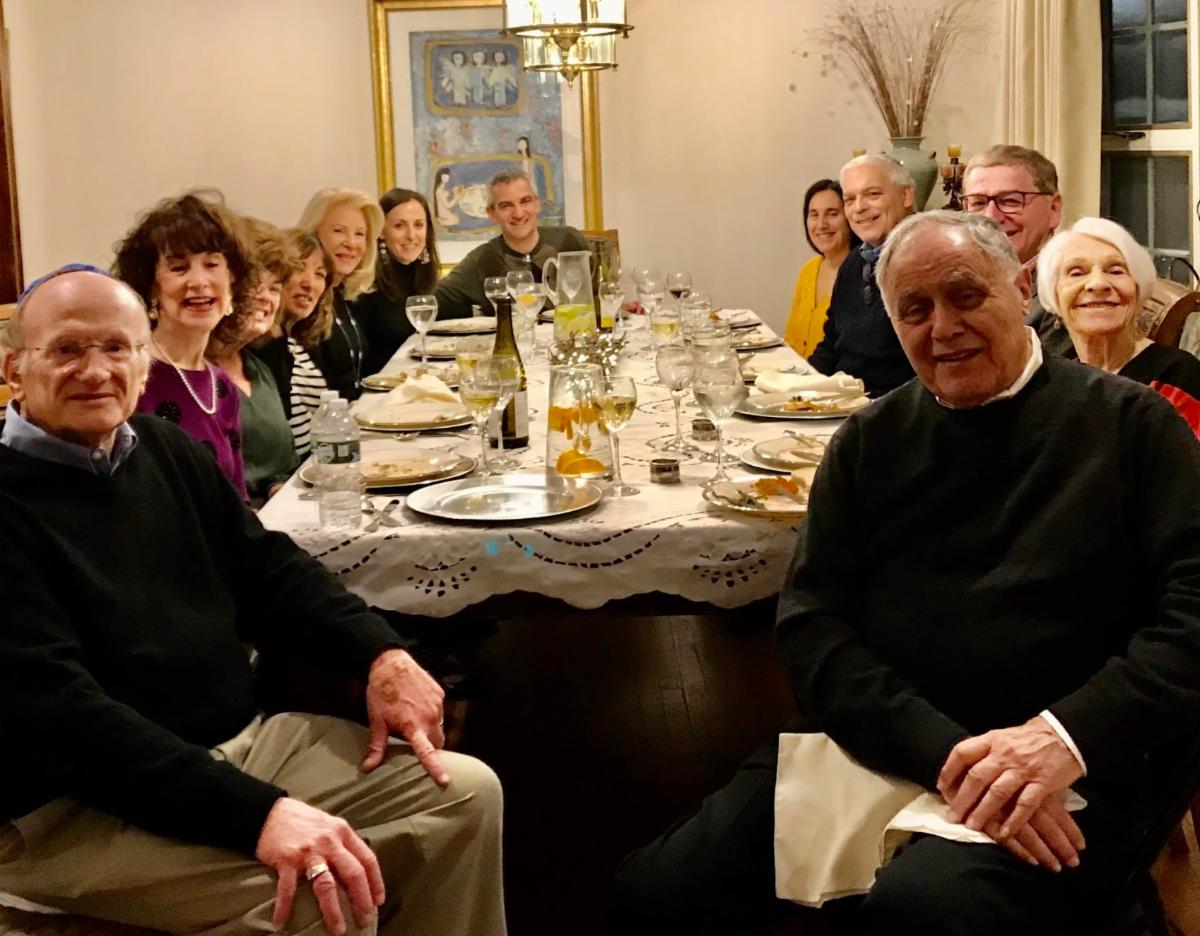 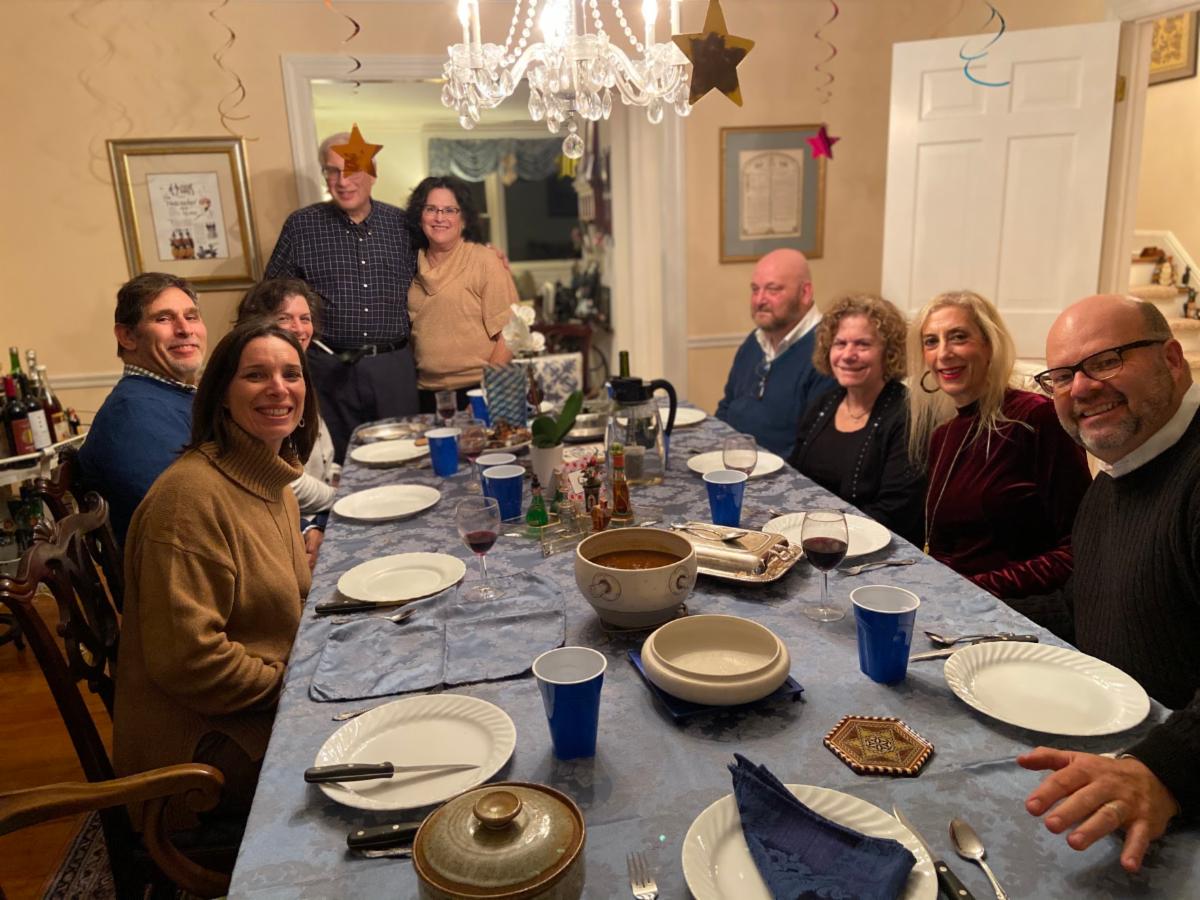 Join us for our pre-Hanukkah celebration on Friday evening.  The service begins at the early time of 7PM (following dinner for those who have signed up).  Katie Kaplan and I will be leading the service.  Click here to sign up for dinner.

Don't forget to sign up for our "Beyond Dispute" class, which begins this Tuesday at 7:30.

Hanukkah Links: From MyJewishLearning
Are Jews better off being called a nation or a religion?

So yes, you'll find "dual loyalty" there, and references to clannishness, greed and a discussion of when anti-Zionism and anti-Semitism overlap. Thus far, nothing about Jews being "brutal killers," who would never vote for a wealth tax. Presumably, they'll put that into the next edition.

There is certainly much that is confusing about the topic, and now we add another complexity, with this week's Executive Order designating Jews as a nationality, like Italians and Irish, rather than a religion, like Christians and Muslims.

According to Ari Hoffman in the Forward, the order is really more of a suggestion.  He writes:

As the Jewish Insider reported, there is no mention at all of a redefinition of what it means to be Jewish in the order, and no effort to recategorize Jews as a different protected class. This order actually alters very little; it suggests - rather than mandates - that U.S. government departments adopt the International Holocaust Remembrance Alliance definition of anti-Semitism when enforcing anti-discrimination statutes, which, far from criminalizing criticism of Israel, specifically states that "criticism of Israel similar to that leveled against any other country cannot be regarded as anti-Semitic.
So, first we need to ask: Which are we, anyway, a nation or a religion?   Then we need to ask which is better, and who gets to decide?

So, let's cut to the chase: We are neither a nation nor a religion.  We are both.  And neither.  Jews are a people.

In Israel, Jews are considered a nationality, in America, primarily a faith group. For Jews and Judaism to thrive, we need to be a combination.  Being a "people" combines elements of tribe and tradition.

We are a group, inextricably tied to an idea, a story, and a mission.

The Forward asked 23 rabbis what Jews are, exactly, and Rabbi Jill Jacobs responded: Jews are a people. The tongue-in-cheek term "Member of the Tribe" may actually be the most accurate. As a tribe, we have a history, ritual practices, a land, civil laws, and cultural practices. It is a mistake to suggest that Judaism is simply a religion, parallel to Christianity (or to talk about a Judeo-Christian tradition) - that erases much of who we are. A major component of anti-Semitism has long been the difficulty for most of the world of figuring out who Jews are. The desire to put us into the "religion" box leads to confusion and anger when we refuse to stay in that box, but rather to self-define, and to live our full selves in the world.

As I mentioned in my Rosh Hashanah sermon, We need to lead the way in redefining what group identity means.  We don't want to give up Jewish peoplehood, which cuts to the core of who we are and the story we have to share.  But we need to show the world how being tribal means shifting from a mentality of "us versus them" to a more expansive, inclusive, nurturing model - a model that leads us to the place where, ultimately, the "them" cease to be othered, and there's only us.

I do understand the logic behind the Executive Order, which is to offer Jewish college students protections of Title VI of the Civil Rights Act of 1964, whereby the government can withhold funding from any college or educational program that discriminates 'on the ground of race, color, or national origin.'

The Conference of Presidents of Major Jewish Organizations cheered the move, saying:

With a dramatic rise in anti-Semitism at home and abroad in recent years, particularly on college campuses, the Jewish community has persistently advocated for the protections this measure provides against Jew-hatred.  Jewish students are now included in the groups protected under Title VI of the Civil Rights Act of 1964, meaning US institutions of higher education risk federal funding if they fail to act against anti-Semitic discrimination on their campuses. We hope this will abate the increasingly virulent Jew-hatred on display at some colleges and universities across the country.

The ADL welcomed the order, saying in a statement that it was "an important step acknowledging the growing concern about anti-Semitism on American college campuses."
But Truah, an organization of progressive rabbis, criticized the move, saying that the order  "purports to fight antisemitism while only reinforcing antisemitic stereotypes that suggest that Jews are not loyal to the countries where we live, and threatening first amendment rights including the right to criticize sovereign countries.  (The) Executive Order will actively fuel the rising tide of white nationalism and violence against Jews. To those Americans who harbor mistrust of their Jewish neighbors, this Executive Order gives credence to their belief that Jews are guilty of not just dual loyalty but principal loyalty to the nation-state of Israel, as opposed to the United States or any other country where a Jew lives. Too many Jews throughout history have lost their lives or have been expelled because of this unconscionable falsehood."

I share the Conference of Presidents' concerns about protecting Jews on campus from attack (and our own TBE students have been personally involved in several such situations this semester, at places like Syracuse, Emory and Brown). But I much prefer another move that was made recently by the Administration, in Homeland Security's new (and sadly belated) effort to address the growing threat of White Supremacy. Jews on campus should never feel threatened for being Jewish (or supporters of Israel), but it's the growing network of emboldened White Supremacy that is killing Jews - and others - in Pittsburgh, Poway, El Paso and elsewhere.

My bottom line - let's address anti-Semitism in ALL its manifestations, on campus and off - but let's do it in a manner that does not change the legal definition of who Jews are.

The unexpected consequences of a change of status could be significant.  If Jews are no longer to be seen as a religion but as a nation or ethnicity, how will we be able to claim religious discrimination if the Supreme Court decides to adopt the Christian (and decidedly non-Jewish) belief that human life begins at conception?

Whether we are seen as a religion or a nation, people are going to find reasons to hate. I hear that even Hallmark's making anti-Semitic Hanukkah movies this year.  Really. So I'm not sure how much it will really help Jews on campus for us to be seen as a nation.

Meanwhile, violent anti-Semitic attacks have spiked to levels unseen in decades. Researchers at Tel Aviv University in Israel said in May that attacks targeting Jews around the world rose by 13% in 2018, to nearly 400 cases; about one in four took place in the United States. The Anti-Defamation League said it found 1,879 anti-Semitic incidents reported throughout the United States in 2018.  And in Jersey City, Jews were killed this week because they were Jews, evidently by followers of an anti-Semitic Black Israelite sect that has nothing to do with Black Hebrews, other African Americans or Judaism.

Just another group for us to track. 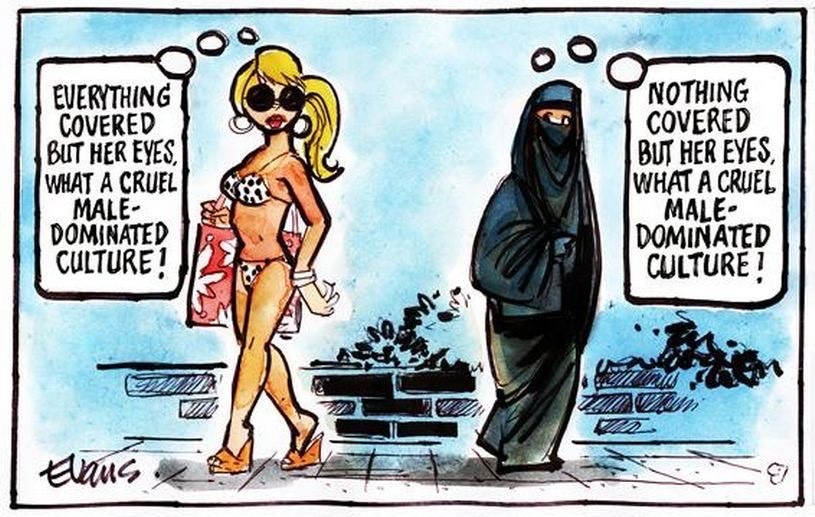 Finally, this week was Human Rights Day.  Our Jewish community used to mark this important anniversary with a public ceremony at Government Center each year.  The Universal Declaration of Human Rights was signed on Dec. 10, 1948 and it may have been the U.N.'s proudest hour.  During a week when we are profoundly concerned about maintaining democracy and human rights at home and abroad, concluding a year when people have been taking to the streets in Hong Kong, Lebanon, Algeria, France, Haiti, Indonesia, Chile, England, Russia, Hungary and, yes, the U.S., we need to be reminded of what is most sacred.  Download the poster below and take a few moments to reflect on it.  It helps to put things into perspective. 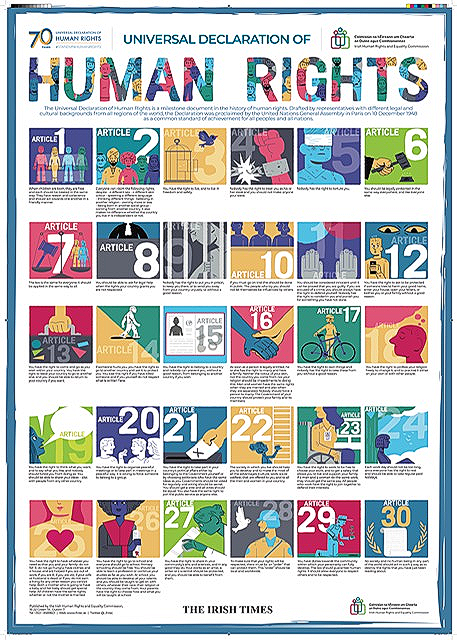